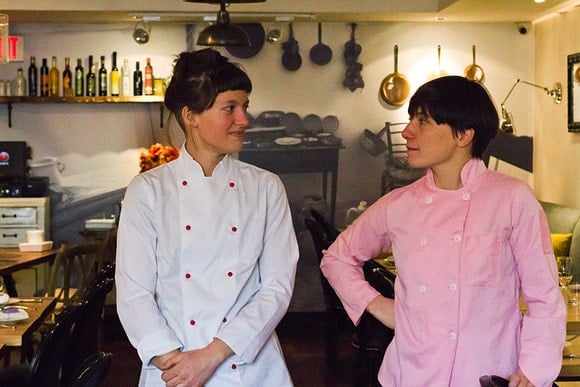 Wanderlust: Everything (okay, almost everything) we could want in a space: outdoor terrace, cinema, restaurant, bar, club and even yoga. This hip new spot in the 13th has something for every mood.

Through July 15: Michel Blazy’s Bouquet final at Collège des Bernardins. Blazy is occupied with notions of what the future could be if we aren’t environmentally conscious in the short term. His clear focus on the cyclical nature of time endows his pieces with lives of their own. And his experimentations with organic materials, like 600 kilos of tomatoes or, in the case of this exhibition, large amounts of foam, give a playful twist to this eminently serious theme. 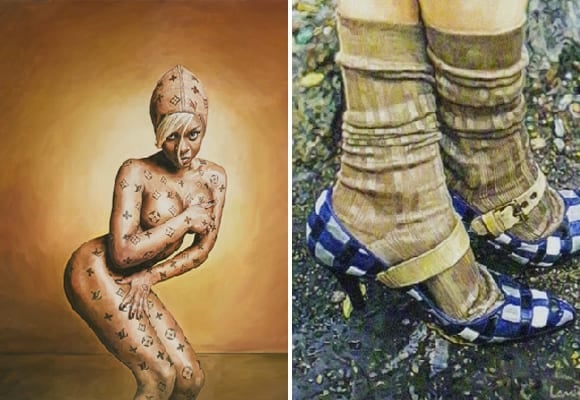 Through July 21: Afternoons in Utopia showcases works by Ulrich Lamsfuss, at Daniel Templon Gallery. Lamsfuss’ approach is a painterly one, yet he draws inspiration from varied sources including advertising, television, cinema.

Through July 22: Plus de Croissance at La Ferme du Buisson, Centre d’art contemporain. This exhibition is concerned with and clearly affected by the global economic and ecologic crises. The various pieces are a re-appropriation of consumerism and capitalism through common, recognizable objects. 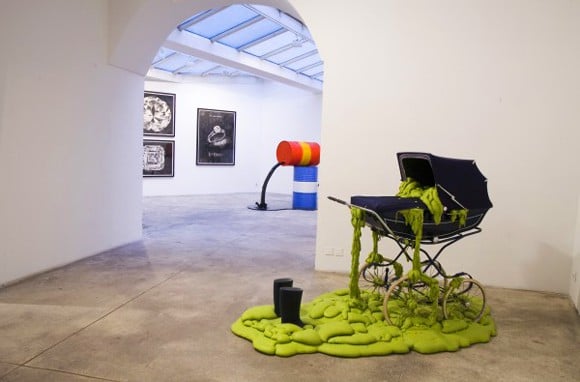 Through July 28: If you’re heading to the Vallois Gallery you’re in for twice the enjoyment. Two great exhibitions, Olav Westphalen’s A Junke in the forest: doing things the hard way and Pilar Albarracin’s El Origen Del Nuevo Mundo, are on view. The first is a witty exploration of voice and low-brow comedy through high art. The latter, clearly inspired by Courbet’s L’origine du monde, is an evaluation of visible vs invisible and questions the sexualization of everyday objects.

Through July 29: Yutaka Takanashi, one of Japan’s finest photographers, shows at Fondation Henri Cartier-Bresson. This space always draws wonderful exhibitions and this one is no exception. This is the first time iconic Japanese photographer Takanashi is showing in France, making this a must-see.

Thru July 29: Gare du Nord: Photographes néerlandais à Paris 1900-1968 at the Institut néerlandais. It’s natural that foreign photographers have long been interested in capturing the Parisian landscape, and the Dutch did it particularly well. This exhibition features photographs of 50 artists and two experimental films.

July 16-17: An exhibition to honor the thousands of Jewish children who were arrested held at Vel d’Hiv in 1942, C’étaient des enfants is one way to remember and pay respect to these children and their families on the 60th anniversary of the roundups. If you want to learn more, I strongly encourage reading Sarah’s Key.

July 4: Steve Reich & Bang on a Can All-Stars at Cite de la Musique. Reich’s style of composition is perplexing and often chill-inducing. Intricately woven to perfection, his pieces are iconic and deservingly hailed as some of the greatest in their genre. 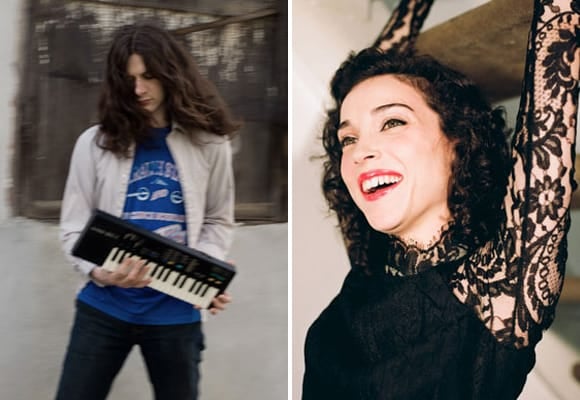 July 9: As part of the ten-day “Days Off” series, catch Agnes Obel, St Vincent and Kurt Vile & the Violators play at Salle Pleyel. Drawing inspiration from the likes of Satie to Dylan, these three varied artists are sure to put on a harmonious show.

July 10 & 11: It’s easy to be skeptical when seasoned actors decide to pursue music careers. However, Hugh Laurie, commonly known as the controversial Dr. House on the television show of the same name, is an exception. His Louisiana-style jazz and blues are a real joy. Still a skeptic? See for yourself at L’Olympia. 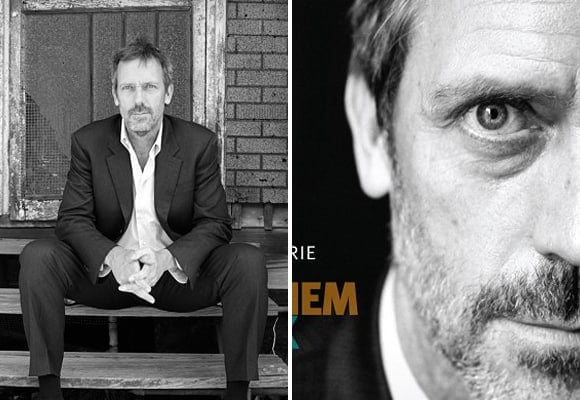 July 15: There are few bands whose music affects me like Bon Iver’s. Their ethereal and touching tunes can induce tears or massive collective sing-a-long (often both, I am sure), so join in at L’Olympia. I promise you’ll keep listening long after the show. 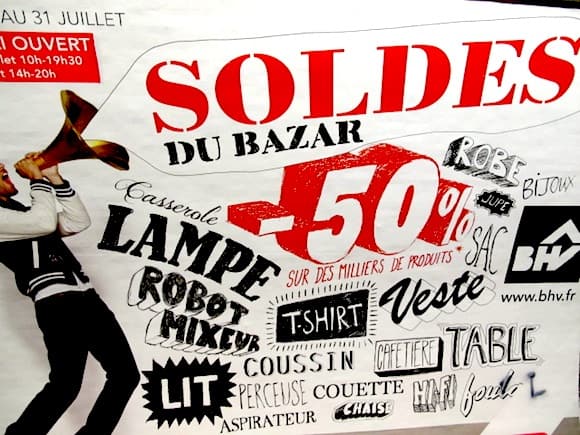 Through July 31: It’s official, the summer soldes season is underway. Pick up some summer and fall garb at seriously discounted prices at this bi-annual city-wide shopping event. Overwhelmed and in need of a few pointers? Here’s a look back at HiP’s guide to soldes shopping in Paris.

Through August: Kure Bazaar, a chic organic nail polish brand, will be at le Bon Marché giving manicures and pedicures. Perfect timing as summer sandal weather is in full swing. 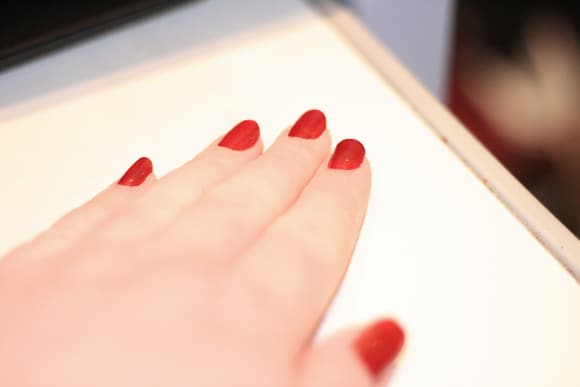 Through July 8: British artist Luke Jerram’s Project Play Me, I’m Yours has taken to the streets of Paris to offer the masses some musical entertainment by placing real pianos in strategic places throughout the city. If you spot one, go head and play the public a tune. For the complete list of the pianos in Paris: http://streetpianos.com/paris2012/ 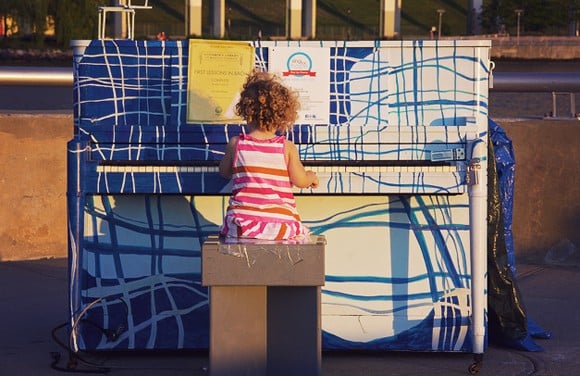 Through September: Les Grandes Eaux Nocturnes return to Versailles, so if you’re planning a Saturday trip be sure to plan to stay well into the evening. This gorgeous display honors the fountains that the chateau’s inhabitants were so keen on. And if you’re not planning a Versailles trip, this may change your mind.

July 14-August 11: Paris quartier d’été is a welcome break from the late-summer lull. There are many events worth attending, but we’re particularly excited about Le Bal Pop’/L’Extra Bal on the 28th. The best kind of homage to dance and music is one in which you get up and move, n’est ce pas? 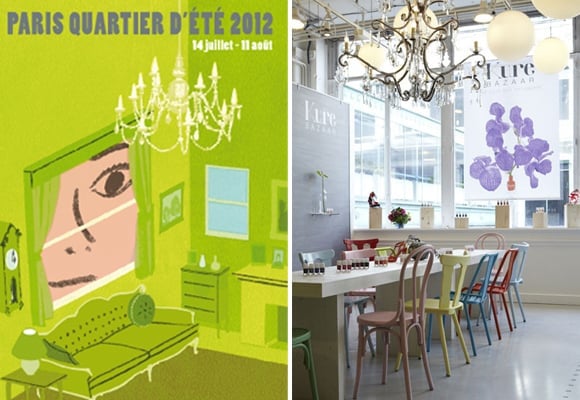 Through July 10: The Festival Paris Cinema is ending soon, so get to a screening! There are also special events, like Ciné-Karaoké on the 7th to check out. Want more info? They appropriately created a great trailer for the event.

Through July 25: Jules et Jim, a Paris hotel named after a favorite Truffaut film, has opened a summertime pop-up cinema. Screening films representing 60 years of cinema, we may be weekly attendees.

July 7-August 4: Ciné Quartier 13 celebrates the warm weather with movie screenings en plein air. The theme is the memory and representation of adolescence…because who doesn’t look back fondly on their teenage years?

Impressive list of events! Wish I had stumbled on your blog before I visited Paris! 🙂
But then still, I luuurved Paris. Beautiful city!
When I was there this app helped me out so good in Paris, you should check this out! Its an offline Metro RER map so I saved pretty much on Taxi and got lotta info on Tourist Places! And its really a cheap app too, less than a dollar!!!
http://itunes.apple.com/us/app/paris-by-metro/id459403677?mt=8

Bad typing!! Well set up… would be what I was trying to say! xv