Donald Urquhart’s An Alphabet of Paris (Arletty to Zizi) — Courtesy of artinfo.com

Last weekend marked the end of one of Paris’ most feverish cultural weeks during which 4 contemporary art fairs competed for the attention of collectors, journalists, galleries and museums who had come from near and far to take the contemporary art world’s pulse.

First comes the ubiquitous Fiac (Foire International d’Art Contemporain), held, appropriately, in the Louvre. With more than 200 galleries and 4000 works on show, the 80,750 visitors who trickled in over the course of the 5-day-long expo had more than enough to admire. There was initially some debate as to the relatively obscene entry rate (€28/person) – decided with apparent disregard for the general state of the economy and of the dire art market in particular. But with 23% more visitors this year, the appeal of one of the largest and most notable congregations of contemporary art and art-world professionals seems to have outweighed the elitist price tag.

There to add a little spice alongside the monolithic FIAC were 2-3 “off” fairs – most notably Slick (at CENTQUATRE in the 19e) and Cutlog, the newcomer at the Bourse du Commerce. Presented as younger, edgier, more provocative alternatives, they attracted collectors who have lost their lust for exotic and/or trend-based investments over the past year.

Slick, held on the opposite side of Paris, attracted more critical acclaim this year than ever before. Dubbed favorite of the ‘offs’ by Le Monde’s contemporary art critic, Marc Lenot, the fair had the advantage of a 4000 sq. meter space, attention-grabbing concepts like the Slick Dessert conference (centered around the literal debate of ‘taste’ in contemporary art) and truly arresting works presented by over 62 galleries (that’s 4 more than last year!). 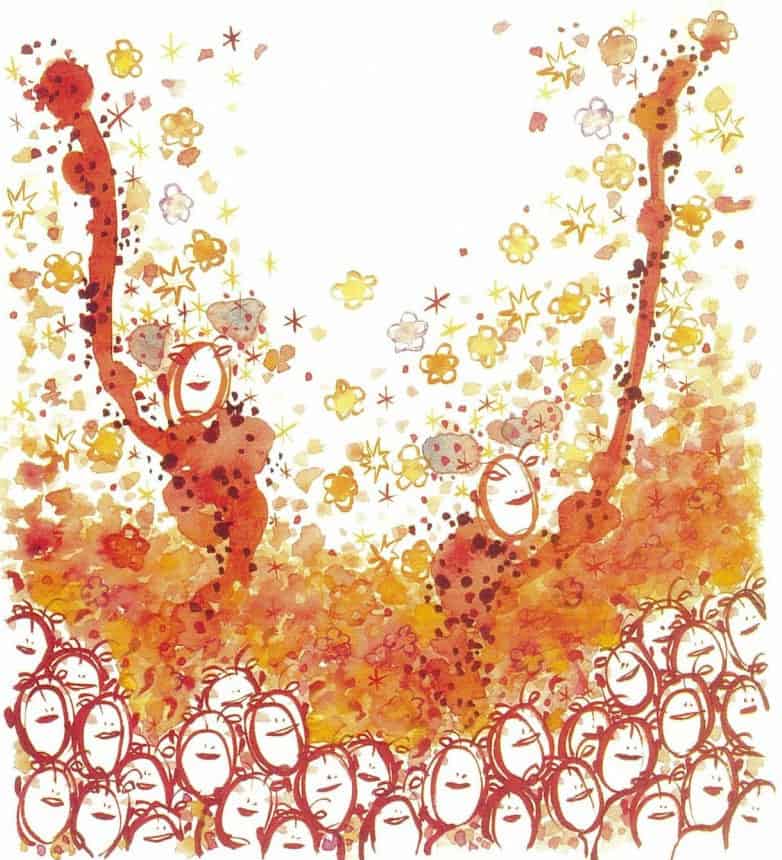 This year also saw the unlikely start up of Cutlog, the new fair initially strongly discouraged by many institutional forces. For Bruno Hadjadj, director of Cutlog, the project stemmed from a desire to present a credible alternative to a model that he considered structurally unfriendly to new and emerging artists and galleries. As a result, all of the galleries selected for Cutlog were required to either be new or emerging themselves, or to present work by new and emerging artists. The resulting atmosphere, in contrast to the froid glacial of the Fiac, was energizing and almost warm (unheard of in the French art world). With highly praised works by Adel Abidin, Mariano Vargas and Daniel Firman, among others, the fair built enough buzz among industry titans to guarantee (at least!) a second installment next year. Stay tuned!

Written by Geneviève Sandifer for the HiP Paris Blog. Looking for a fabulous vacation rental in Paris, Provence, or Tuscany? Check out Haven in Paris.

2 comments on “Contemporary Art Week in Paris: A Recap”

Glad you liked! I didn’t have a chance to stop by the Fiac this year, but cutlog was great!

Thanks for the detailed list of art fairs! I’ve been to FIAC in the past but am very interested to attend the edgier Slick and Cutlog. Next year!!