Paris by Appointment Only: YSL’s Country Home Blow Out at Christie’s France

Our friend Zeva Bellel at Paris by Appointment Only has the inside scoop on the upcoming auction of country home furnishings of deceased designer Yves St. Laurent. If you have a chance to attend the auction from November 17-20, you could own a piece of fashion history. If not, you can gawk with us from the sidelines! 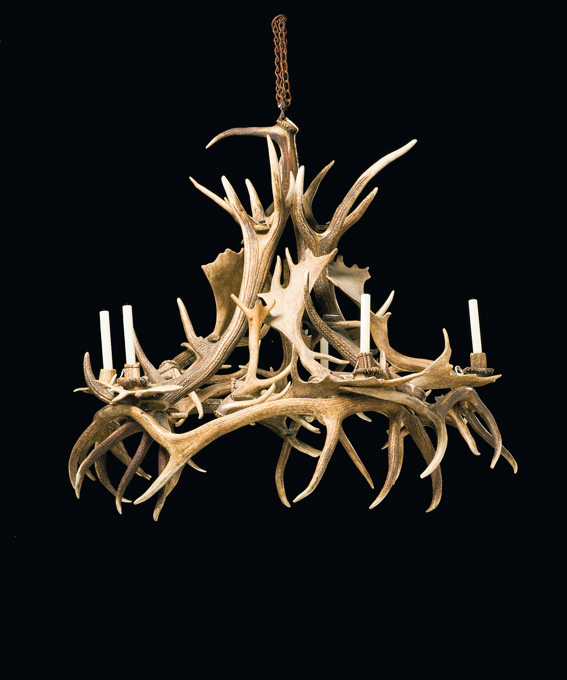 The dismantling of a collection of objects amassed with care and love over a lifetime can be a rather somber affair. Especially when it belongs to the dearly departed Yves Saint Laurent. Yet after the very serious, very lucrative auction this past February of the masterpieces he and his partner Pierre Bergé collected, the upcoming second YSL sale at Christie’s France has a lighthearted, uplifting air about it.

You see, Yves Saint Laurent and Pierre Bergé had a much different aesthetic in mind for their weekend home in Deauville than they did for their museum-like Parisian pad. Created with the help of French decorator Jacques Grange, their ocean-side oasis was a Proust and Visconti-inspired pastiche of 19th century decadence.

Filled to the brim with ornate, rococo furnishings, fleur-de-lys quilted couches, oversized cushions, chinoiserie vases, Indian-patterned carpets and knick-knacks galore, the abode was a cornucopia for the senses. Exactly what a vacation home should be!

Next week’s sale at Christie’s France will give admirers and collectors the chance to take home a memento of this lesser-know, far more playful side of the designer’s style. Of the 1,200 objects to reach the auction block over the four-day sale (whose proceeds will go to fight AIDS) the majority come from Château Gabriel, the three-story manor that YSL and Bergé purchased in the early 1980s.

“The atmosphere they created was incredibly loaded. We are very far from minimalism, which is why there is such a profusion of objects,” says Simon de Monicault, furniture specialist at Christie’s France.

Wildly eclectic in terms of period, provenance and style, each piece packs a different decorative punch (an element Grange undoubtedly used to achieve such spectacular flair). 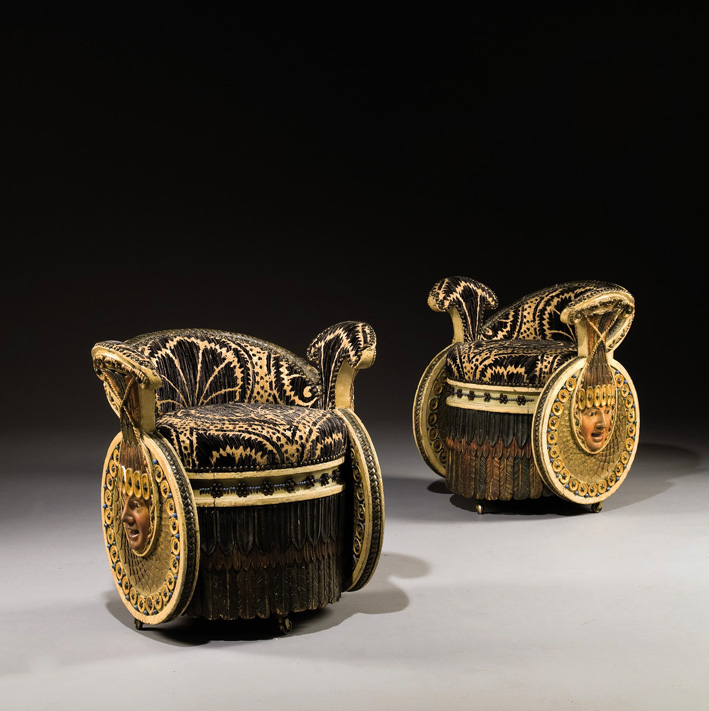 Unlike the first sale with its multi-million-Euro lots, this one is far from elitist. Some pieces are estimated at only a few hundred Euros, while the highest, a gothic revival salon set (est. €80,000-120,000) is pittance compared to the €32 million Matisse fetched in February.

Chateau Gabriel in Normandy. Most of the objects in the auction come from here.

“It’s not the very grand things, but it’s everything else, including lots of conversation pieces,” says Jonathan Rendell, deputy head of Christie’s America.

A vintage photo of Pierre Bergé and YSL. Photo: Fashionkitten.com

The rest of the sale consists of personal bits and bobs from YSL’s Parisian apartment and office, including his 14-piece French Bulldog statuette set, his Hermès crocodile luggage and a treasured collection of eponymous jewels that he kept on his bed-side table.

All in all, the sale offers YSL admirers a final snapshot of his intimate world through the objects he collected and loved. Those who don’t get to go home with a souvenir can at least leave with a smile.

This blog post was written by Zeva Bellel of Paris by Appointment Only.

2 comments on “Paris by Appointment Only: YSL’s Country Home Blow Out at Christie’s France”

Oh, I just loved the Queen Hortense Empire Chairs that you have displayed in your post and now looking ahead to buy it on either 17th or 16th. Thanks a lot for such a great piece of information.

What a fabulous post for a true legend. Getting to glimpse into his world, even as it’s being dismantled is truly fascinating. The bulldog collection is so sweet. I can just see YSL finding one at a flea market and the pleasure he must have felt when he added another to the bunch.