Sometimes I think about my early days in Paris, and all I can do is shake my head with amusement. The blog I began then, A Moveable Beast,  now reads like a textbook tale of an awkward (albeit determined) American, attempting to conquer Paris one hard-fought lesson at a time. I quickly found that the best way to “learn” Paris was simply to laugh my way through all the confusion (and to encourage everyone else to laugh at me as I did so). This was my first post—and the beginning of an awesome adventure. Enjoy! – Tory 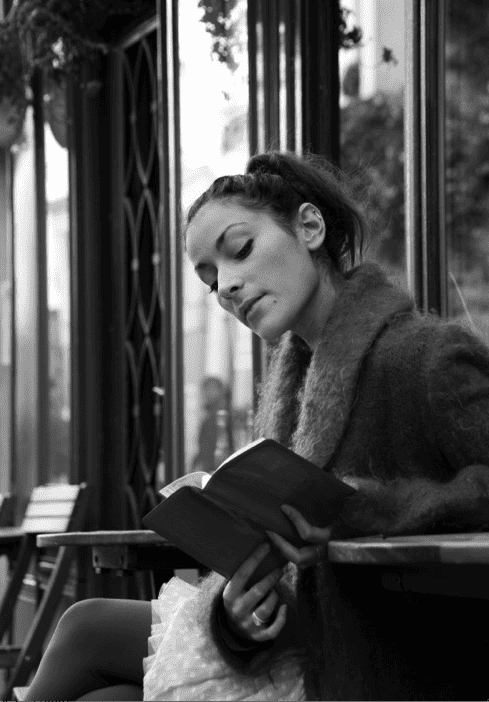 I live in Paris now. I know this because every morning when I wake up, I experience a brief moment of panicky, delighted confusion… I have no idea where I am!

I remain disoriented until I ask myself the following questions:

Question: What are these sharp things in my bed?

Answer: Baguette crumbs. They were probably stuck to my face when I fell asleep. 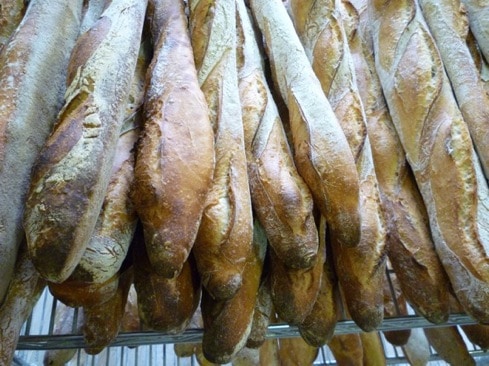 Question: Are there alien babies in my room?

Answer: No, just French babies in the courtyard, their voices glittering in the morning light.

Ahhh, and it all starts to make sense. Once I’ve determined where I am, the day begins; and because this is Paris, every second of every day is poetic and beautiful, obviously.

First, I put my contact lentils in my eyes. I’ve started calling them this because that’s what the French call them—lentilles optiques—and I’m going with it. Then, I am almost tempted to eat Corn Flakes simply because they are so beautifully labeled here:  Pétales de Maïs Dorés au Four. Corn Petals made Golden in the Oven. Seriously? Leave it to the French to make Corn Flakes sound like something that might rain down on you in heaven if you’re lucky (as opposed to say, something that falls off a mangy dog that’s been digging around in the dumpster… Corn Flakes, indeed).

But, beautiful name or not, Corn Petals are not appropriate. It’s a lot more fun to go to a café where I can drink coffee for a mere 8€ and try to look pensive and mysterious. And so on and so forth throughout the day. You get the idea…

Basically, I’m an idiot who is, little by little, living my way through the romance and stereotypes of Parisian life because I know that… sometime very soon… Paris is going to become real to me.

In fact, it sort of already has. Somehow—don’t ask me how— the wily French have figured out that I’m not Parisian. No matter how many berets I don, or baguettes I eat, or accordions I play, or little dogs I put in the basket of my Vélib, somehow they know. 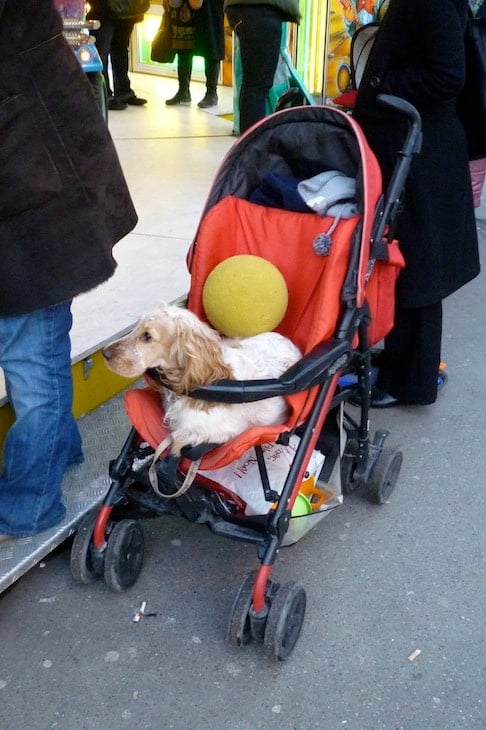 For instance, the other day, I was struggling to open a very tricky door that involved a button and, well, it’s far too complicated to explain. Two French guys were watching me from the other side of the glass, amused and incredibly unhelpful. Five minutes later when I finally figured it out, I proudly burst through the door to hear them snarl “Bravo, l’Américaine” in between long, blasé drags of their Gauloises. Wait a minute… how did they… you mean to say… just looking like a door-confused idiot gives me away?!?! And I’m half-Canadian, goddamn it! But fair enough. This is all George Bush’s fault.

Don’t worry. I’m not discouraged. I’ve navigated most of the doors here with great success. And I’ve learned that some French people are actually nice, like the cheese man at the local market who, upon seeing me for the first time, ordered me to “Mangez!” And I did. I’ve always been good at taking direction. And he let me eat as much morbier as I could (which was way too much).

Or the other nice guy in the Jardin de Luxembourg who told me I looked like a statue and asked me if I was Swedish. OK, he was a little too nice, and now that I think about it, he didn’t have teeth. 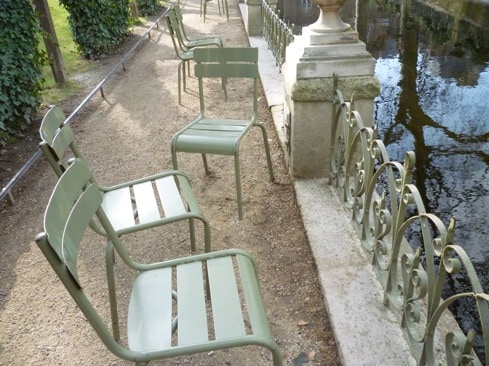 Clearly, I’m still figuring things out, very slowly. I’ve only been here for three weeks, and I think it will take me at least three more to perfect my F*ck-You-I’m-Parisian glare. But I will succeed. That’s why I’m here.

Written by Tory Hoen,  for the HiP Paris Blog. Originally published on Tory’s hysterical blog A Moveable Beast. Looking for a fabulous vacation rental in Paris, Provence, or Tuscany? Check out Haven in Paris.

Tory,
A lovely post that brought memories streaming back of my first time in Paris and France itself.
I had to include this post in my weekly Cups of Tea. The blog, this post and you will be mentioned this Sunday – April 11th. Stop on by. I absolutely love this blog and am so glad I found it. Thanks again to Maggie, yourself and the other writers for including me on your home page. What a generous treat.

This post made me laugh so hard! I’ve been here for three months and can relate to everything you said. I LOVE the contact lentils comment! Still laughing as I type 🙂

Right on! Thanks for recording & sharing those first moments, it’s so easy to forget what it was like, years later. And it was… exactly… like that 🙂

that’s a very funny article, I really liked it. I like to hear how American feel when they are in Paris, i always feel sad for them when they tell me that some french people were rude to them. I’d love for them to have an amazing time here, the city is offering so much to discover and to enjoy!