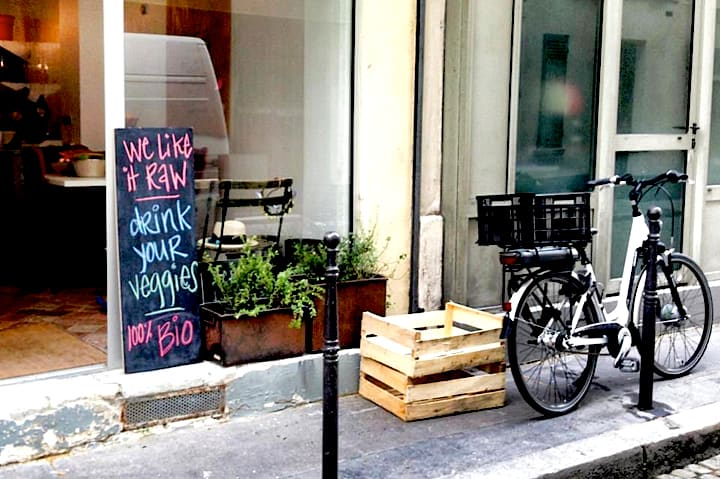 When it comes to what to drink in Paris, there will always be French wine. In the last few years, though, a few more exciting options have appeared. There are the specialty cocktail bars, offering a new twist on the classics; hot spots like Frenchie-to-Go, Glass and Dirty Dick now offer artisan beers, some of which are even brewed in Paris; and it seems there is a new coffee shop, with locally roasted beans, opening every week.  Now there is also a healthy option to add to your drinking plans: cold-pressed juices. 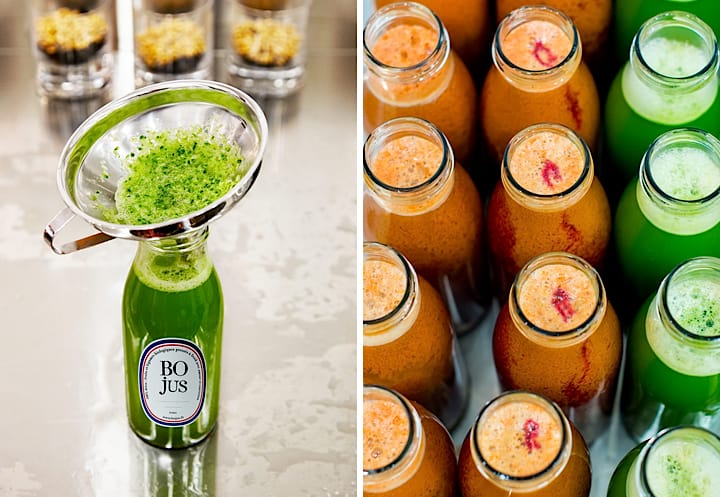 What has become one of the top trends in New York City and Los Angeles has finally arrived in the City of Lights. Cold-press juicing differs from the average, fresh-pressed juice because an advanced press is used to extract the juice at a low temperature, therefore preserving all the vitamins, minerals and natural enzymes. If you’re going to drink your vegetables, cold-press is the purest way to do it. 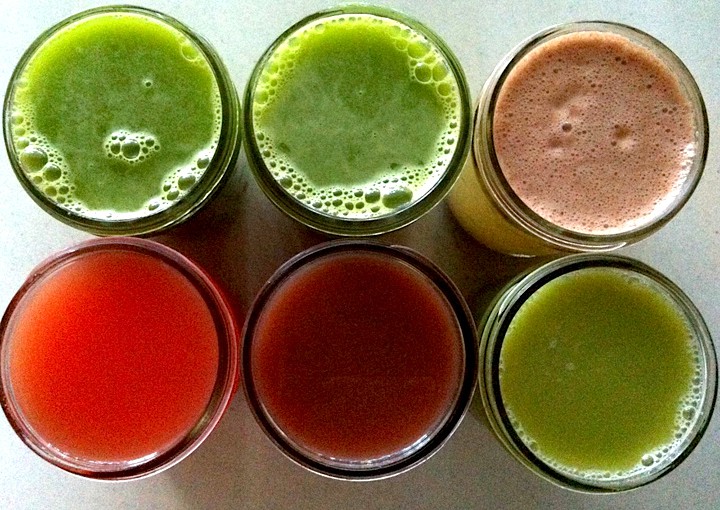 While people come to Paris to break out of their health regimes and splurge on steak frites, stinky cheese, and pastries, there comes that moment when you just might need something light and fresh that’ll have a little less effect on your waistline. Luckily, there is now more than one place in Paris to partake in a mini-detox, and it’s also a great way to enjoy the organic, locally grown produce that France has to offer. 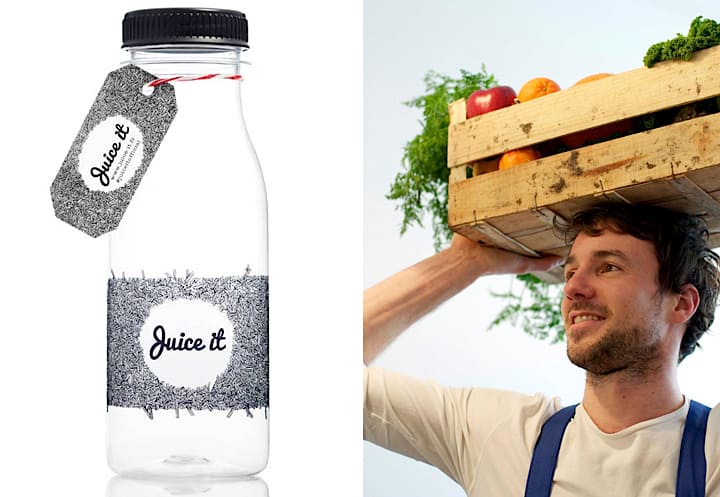 Here are a few spots where you can get a cold-pressed juice in Paris. All are 100% organic and 100% made in Paris by locals.

Marc Grossman kicked-off the Paris vegetable revolution in 2006 with the opening of his vegetarian restaurant, Bob’s Juice Bar. Quickly establishing a following, he opened Bob’s Kitchen in 2009. Both spots, in the 10th and 3rd respectively, have become synonymous with health-food in Paris. It only made sense that this team would become the leader in cold-press juices as well.

Bob’s Cold Press soft-launched in February 2013 and re-launched in Fall 2013 with a variety of cleanses developed by up-and-coming health coach and nutritionist, Melanie Stephens. Bob’s Juice Bar and Bob’s Kitchen have one-off green juices to buy throughout the week at their locations. They can also be purchased at hip new coffee shop, Café Kitsune. 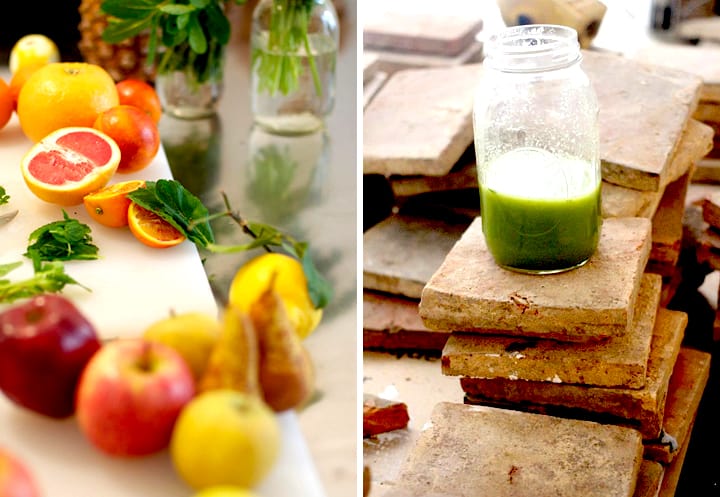 The Grab & Go: Juice It
Opened in December 2013, owner Charlotte Rouah lived and worked in New York City for over seven years. While stateside, she fell in love with how accessible fresh juices were, no matter the location or time of day. Upon her return, she noticed this void in the French market. Working mostly by herself, Charlotte prepares her juices, soups and kale salads at her atelier and shop in the 1st arrondissement. 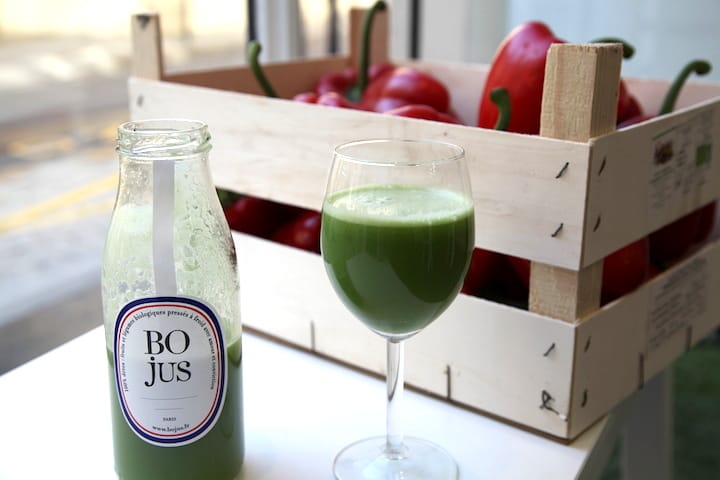 Juice It has the most consistent variety, and it’s my top choice for a juice break at any time during the day. For something with more substance, check out her almond-milk drinks with bee pollen, included in the superfood group for its list of nutrients. Her juices are also available at rue Saint-Honoré concept store, Colette. 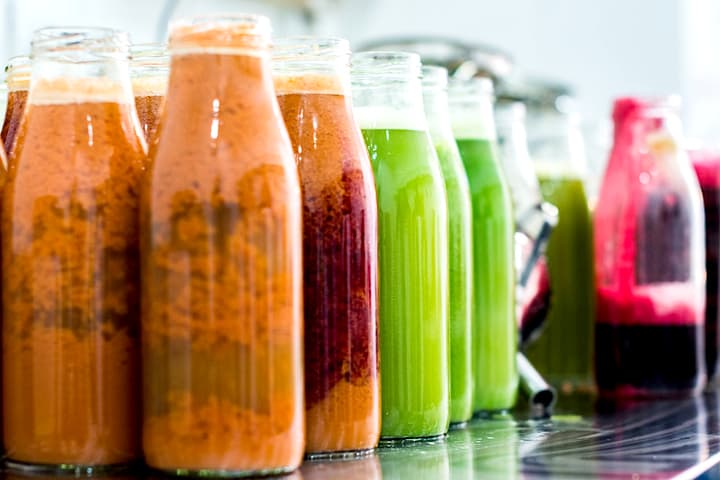 The Cleanse: Nubio & BoJus
For those more interested in a cleanse-and-detox experience, Nubio and BoJus both have programs to consider. BoJus co-founder, Marie Victoire Debre, opened her atelier in early February. She is working in tandem with naturopath Claudine Richard, who trained at various institutions in Paris, Florida, and Puerto Rico. BoJus, which comes from Marie’s vision of “beautiful juice,” offers four different cleanse experiences ranging from one-day to a très verte cleanse for up to five days. “People are excited about the juices,” Marie says, “We have a lot of repeat visitors.” 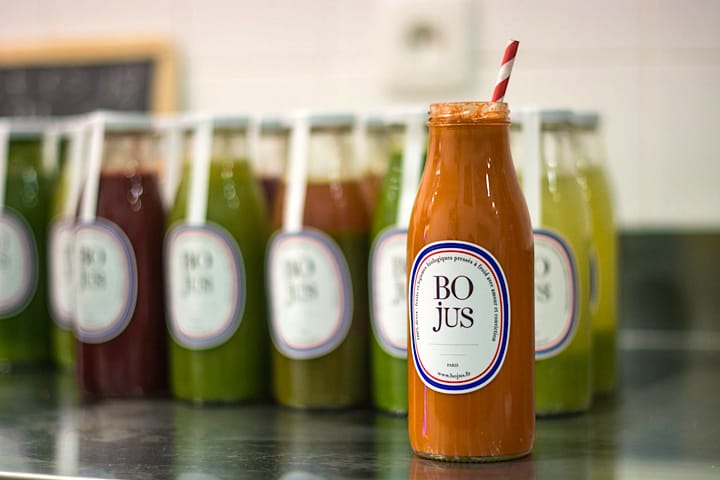 NuBio was founded by Claire Nouy, a business major and former writer for Le Fooding, and Gabrielle Rotger, a nutritionist. They found that Parisians, while interested in juicing in theory, tend to be turned off by the idea of drinking many vegatables at the same time, through the combo-juices that are so popular elsewhere. Once they try a juice, though, they are hooked.

Along with offering different cleanse options, NuBio strongly believes in its mission to make it easy for busy Parisians to get their fresh cold-press juices, by offering home-delivery services. 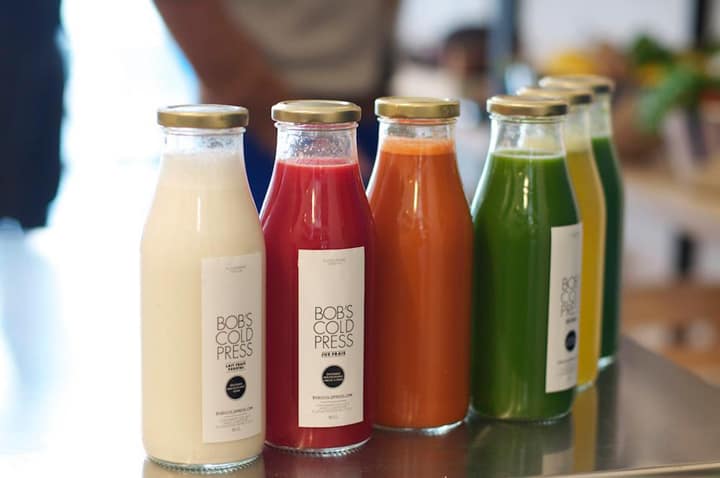 As Claire said, “No need to fly to Ardèche to enjoy a real green break.” And now there is no need to worry about pounding the pavement to find a green juice on your next Paris stay. 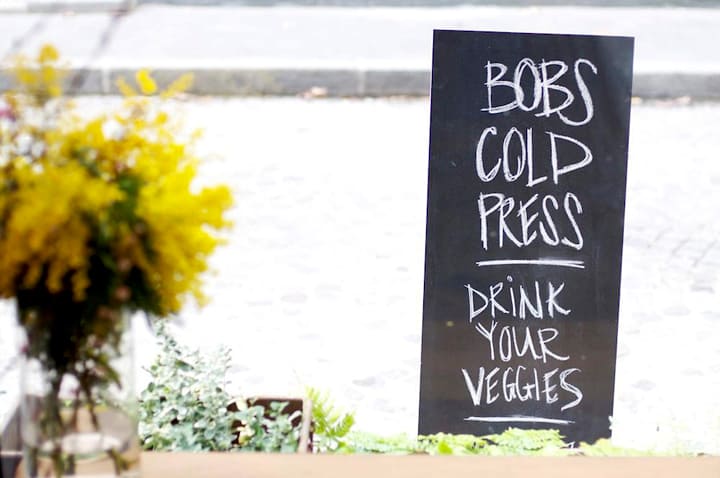 Written by Kristen Beddard for the HiP Paris Blog. Looking for a fabulous vacation rental in Paris, London, Provence, or Tuscany? Check out Haven in Paris.

What a great reminder. Now that spring is in the air, I should start thinking about a little cleanse!

What beautiful photos! As someone in the middle of a cleanse, I can 100% appreciate how nice it would be to balance all that foie gras with some healthy and delicious juice. Sign me up for all of these!