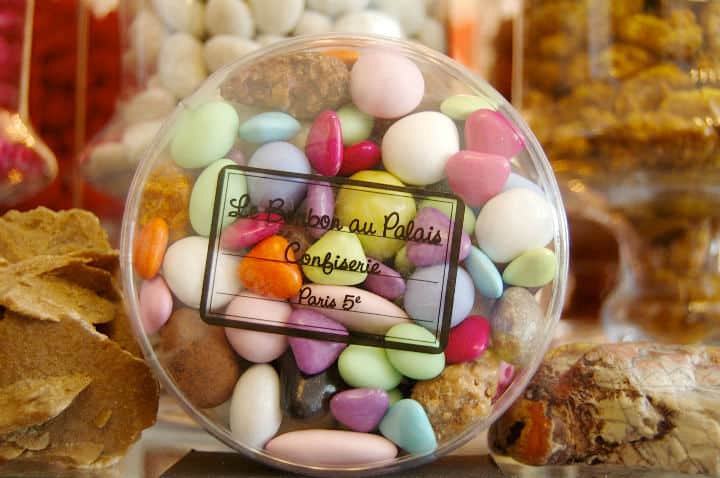 French desserts would make almost anyone’s mouth start to water. Beautifully lined on bakery shelves, they are a heavenly wonder for sweet-tooths. But in addition to pastries, macarons, and mousse au chocolat, France is abundant with sweet regional specialties: Toulouse has its cachou Lajaunie (licorice); Orléans its cotignac (quince hard candy); Aix-en-Provence its calisson (marzipan). 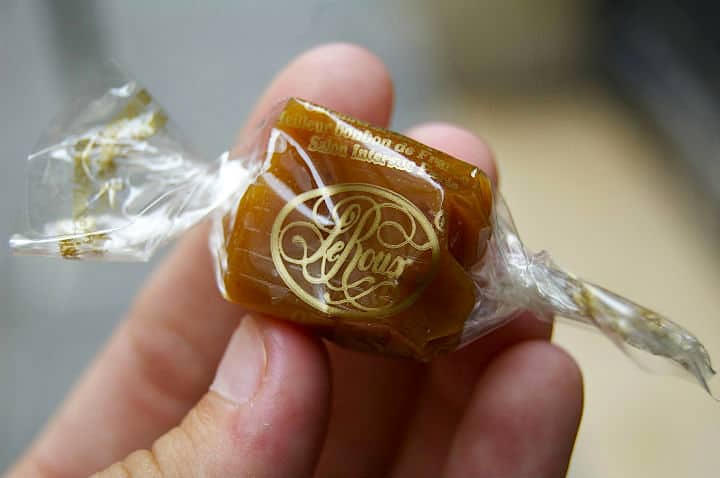 Île-de-France may not boast its own traditional bonbon, but that doesn’t mean that quality Parisian candy makers and suppliers are not putting their flair on other regions’ specialties. Here are some of our favorite artisanal candy shops in Paris: 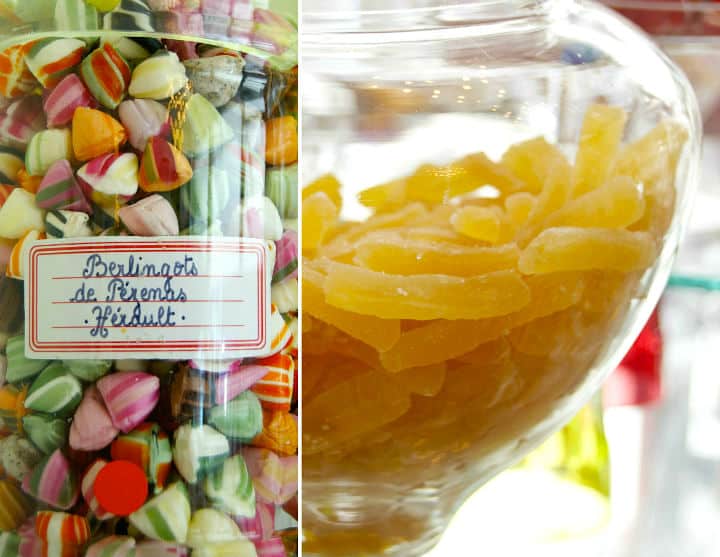 Henri Le Roux – If you’re looking for salted butter caramels, a true Breton tradition that take their name from the region’s famous salted butter, look no further than Henri Le Roux. The chocolatier, originally trained as a pastry chef, established a chocolate factory in Quiberon, Brittany in 1977, and soon after started experimenting with the soft, savory-sweet treats, eventually creating and registering a unique recipe.

His CBS, which stands for caramel au beurre salé, are some of the best in the country, and though he produces over 80 other types of chocolates (for which he has won many awards), he remains best known for his caramels. 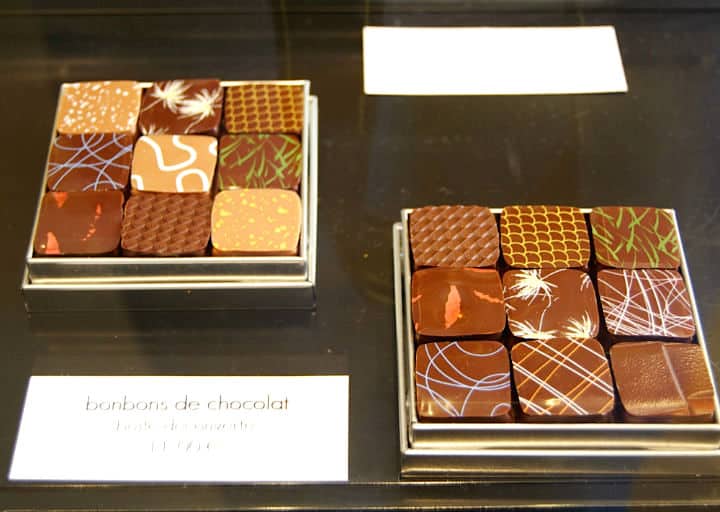 Jacques Genin – Jacques Genin began his career making chocolates for luxury hotels and restaurants, eventually making a name for himself and opening his successful chocolaterie in the Haut Marais. Of course, he’s famous for his melt-in-your mouth chocolates, but many don’t know that Mr. Genin also makes some of the most sought-after pâtes de fruits in Paris. 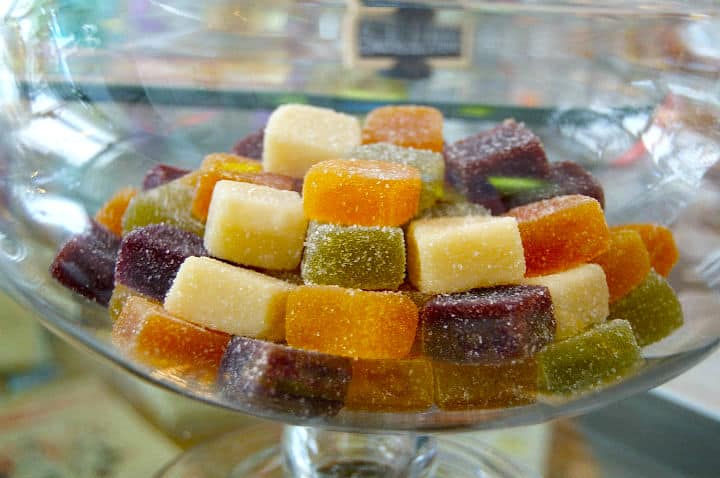 Interestingly, the pâte de fruit (fruit jelly) is one of the oldest-known candies in the world, thanks to its effective preservation of flavor and ease of transport. In France, it is the region of Puy-de-Dôme (in Auvergne) that is known for producing these candies – the most traditional flavors are apricot and cherry – but you’ll find variations of the pâte de fruit in other cultures as well (Turkish Delight, anyone?). Jacques Genin’s Parisian version certainly doesn’t disappoint—we love his more exotic mango and passion fruit iterations. 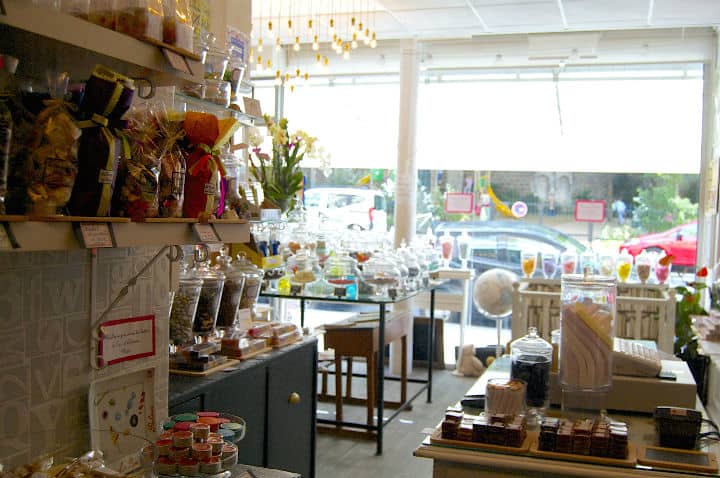 Le Bonbon au Palais – The delightful Le Bonbon au Palais is a decidedly old-school candy shop on Paris’s Rive Gauche. Run by the imaginative Georges and decorated in the style of a mid-century elementary school room, it’s here one can find those cachous Lajaunie, cotignacs, and calissons, in addition to violettes (candied violet flowers) from Toulouse, négus (hard candy-covered chocolate) from Nevers, even delicacies from the Outre-Mer departments (Corsica, for example). You name it, Georges probably has it. His specialty is artisanal candies imported from all around France, so be prepared to taste your way through the country. 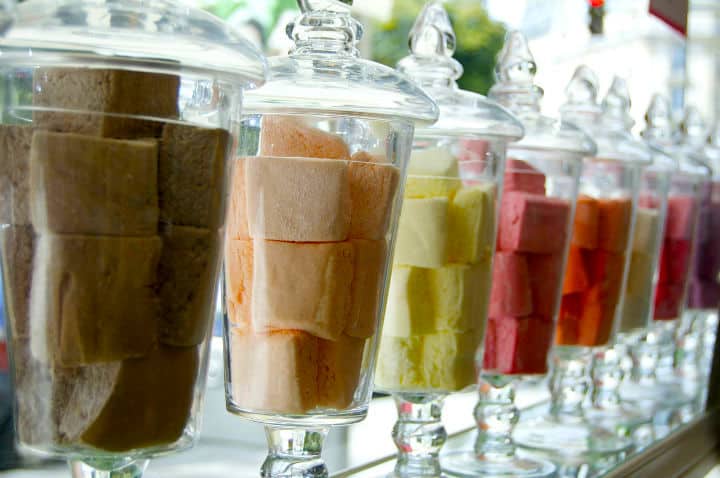 Special thanks to Alisa Morov of Sweet Pea Paris, Jill Colonna of Mad About Macarons, and Cassandra Choi for their mouth-watering tips for this article.

Written by Sara McCarty of Context Travel for the HiP Paris Blog. All photos by Isabel Miller-Bottome. Looking for a fabulous vacation rental in Paris, London, Provence, or Tuscany? Check out Haven in Paris.

3 comments on “In Search of Paris’ Sweetest Candy Shops”

WOW. I’ve always dreamed about visiting Paris and just go from Candy shop to Candy shop. Not very healthy, I know… but isn’t Paris all about indulgence?
xx,
E.
http://www.theslowpace.com