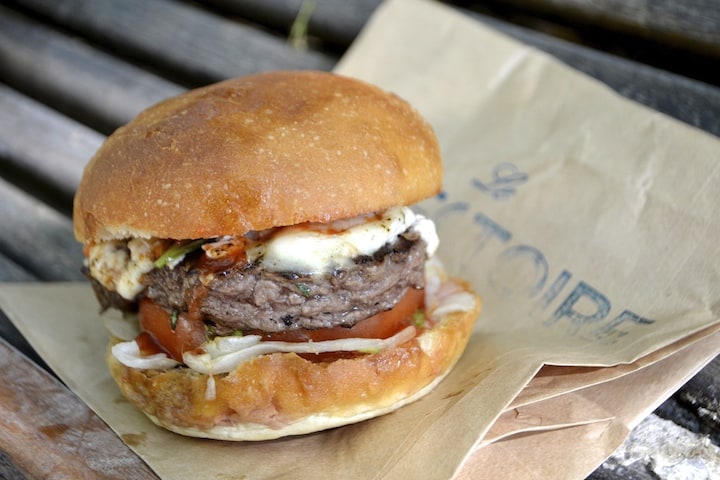 It’s been three years since Paris food truck forerunner Le Camion Qui Fume hit the cobblestones of Europe’s culinary capital. Since then, the city of gourmet cuisine has experienced a revolution. More and more food trucks have joined the parade along the streets of Paris, invading the city with bistronomique burgers, kebabs, and bagels reminiscent of those in New York. 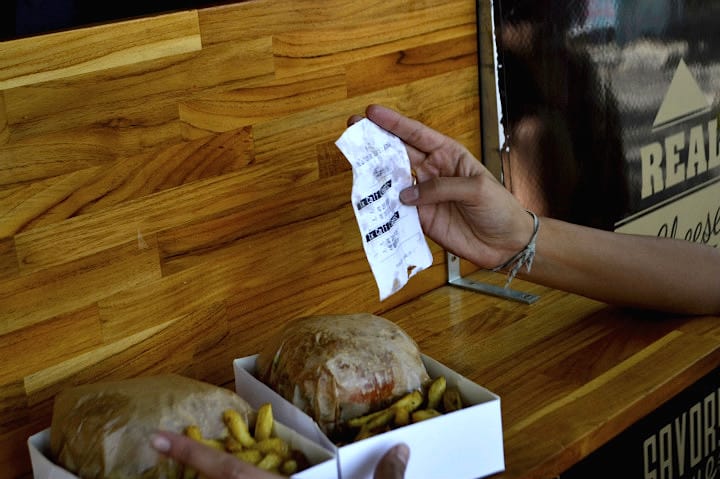 Just before lunchtime, these camions assemble at neighborhood markets to await hungry Parisians who are happy (or at least willing) to wait in line for a burger from Le Réfectoire or empañadas and helados from Clasico Argentina. Here are a few tried-and-true Parisian favorites to be enjoyed year-round. 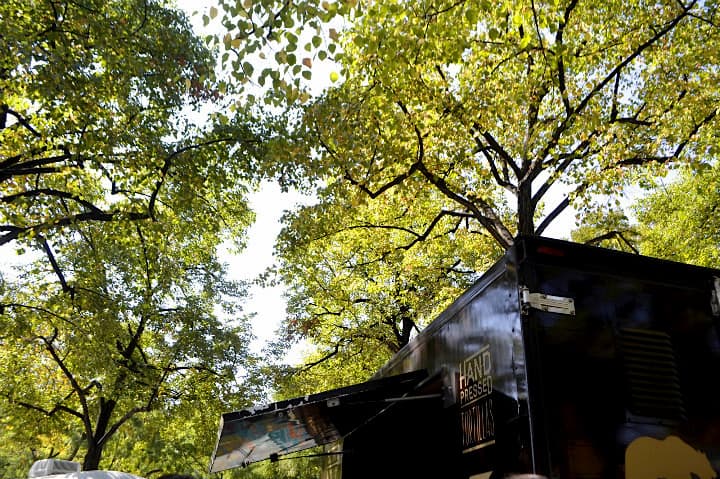 Cantine California – On sunny days in the city, Parisians flock to this popular food truck that delivers up the best of Californian cuisine. On the menu are juicy burgers – like the Cali Classic with cheddar cheese, bacon, and avocado bien sûr – and the crowd-pleasing carnitas tacos with tender pork shoulder marinated in spices for seven hours. Don your sunglasses and a crochet crop top and savor a taste of the West Coast. The truck makes a weekly tour of Paris’ markets and outdoor events. You can also pop into the fairly new Cantine California café and restaurant in the 3ème for a burger and an inexpensive cocktail. 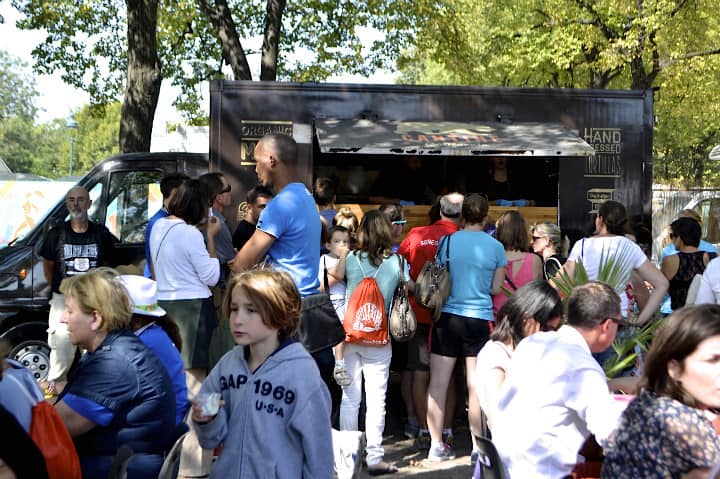 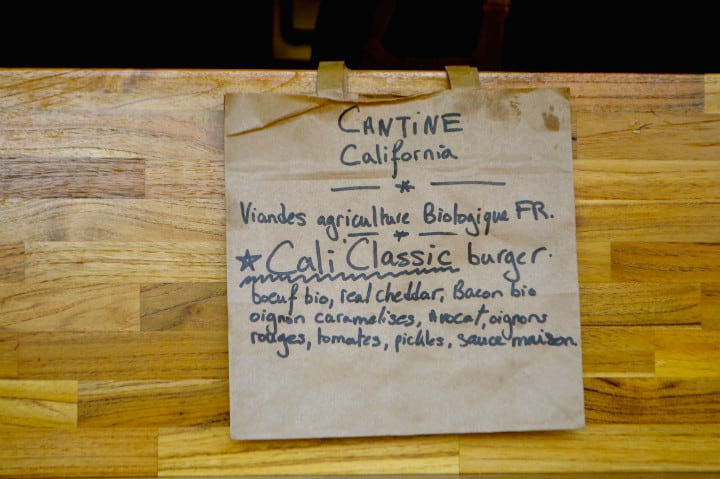 Le Réfectoire – After strolling through the stalls of marché Popincourt or marché Pyrénées, you can take a break from shopping to devour one of Le Réfectoire’s enormous burgers and have a chat with the guys flipping patties in the truck. It’s all about community here, and you’ll often see market venders and shoppers alike standing in line for their biweekly burger fix. Order Le Larry, a delicious burger with honey-flavored goat cheese, fresh lettuce, tomato, ketchup, and a hint of basil. If you have room, order a side of fries seasoned with parsley. And definitely ask for extra napkins.

Bügelski Deli Comptoir – Making its rounds mostly in Paris suburbs of Courbevoie and Montreuil, this is the food truck for perfectly pressed bagel sandwiches. Owner Cyril Dedieu believes in the importance of using fresh ingredients and it shows. I recommend sampling the original pastrami sandwich – a stack of smoked-and-sliced meat, ripe tomatoes, lettuce, and mustard, pressed between a toasted bagel bun. Check Bügelski’s website for updates on the truck’s locations, mostly just outside of the city. 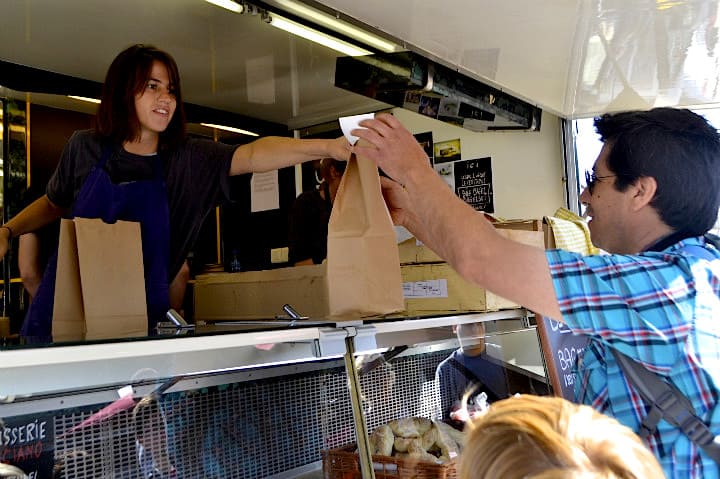 Clasico Argentina – Authentic ethnic cuisine at its best. The group’s food truck, El Carrito, makes appearances at events all throughout Paris’ colder months, but you can also get hot empanadas at one of Clasico Argentina’s four addresses in Paris. These restaurants also sell imported Argentinian products like dulce de leche, chimichurri seasoning, and a fine selection of wine and beer. 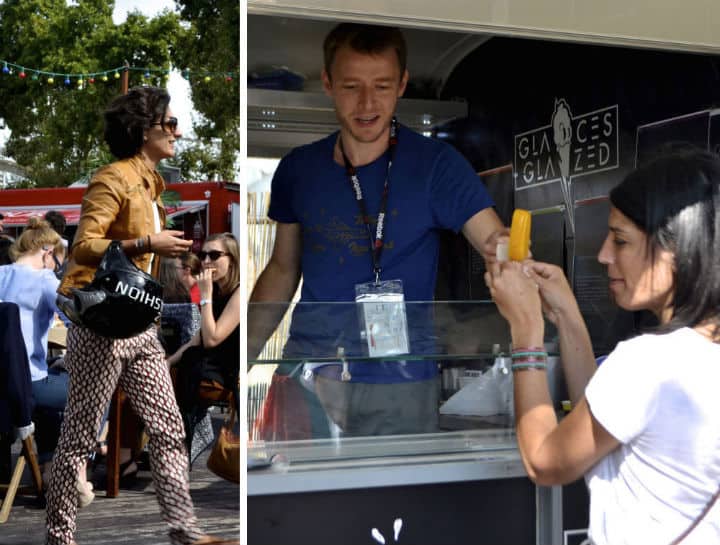 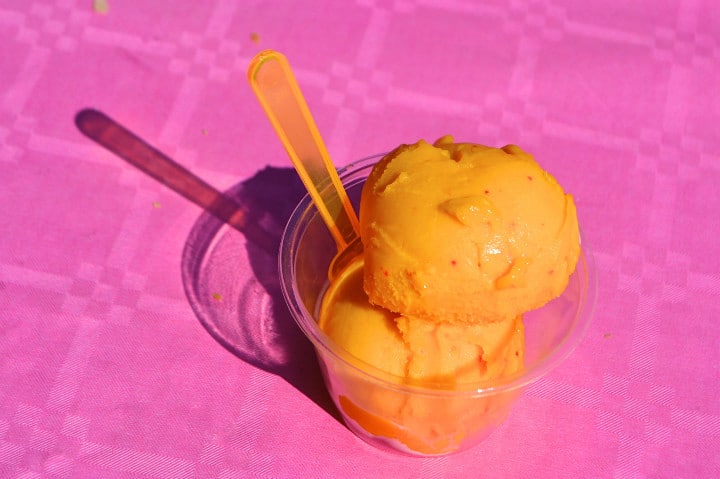 Glaces Glazed – Arguably the tastiest and most innovative ice cream in Paris, Glaces Glazed hands out delicious cornets of sorbet and ice cream in original flavors. We like the flippant Black Sugar Sex Magic with flavors of dark chocolate, ginger, and a hint of wasabi. The Glaces Glazed “ice-truck” makes the tour of Paris and reports its location on Twitter and Facebook. You can also visit the their boutique in Paris 9ème or enjoy a cone at the popular guinguette Rosa Bonheur in the Parc des Buttes Chaumont. 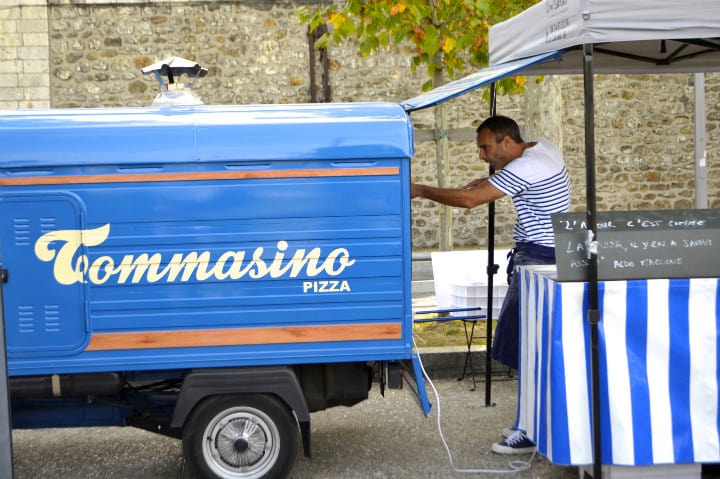 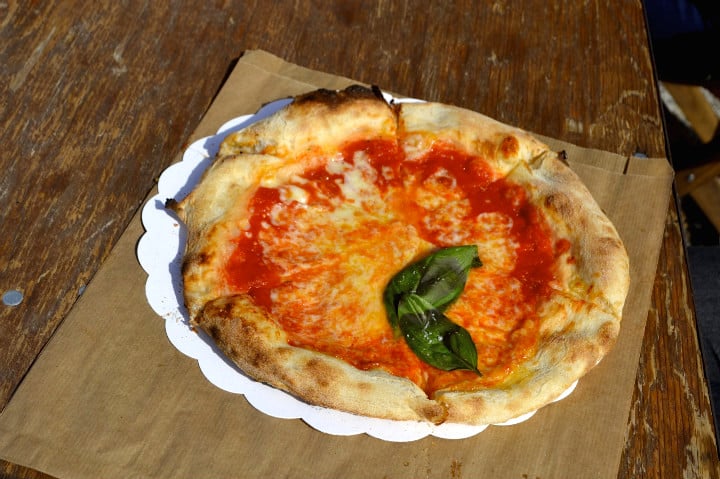 In the summer months, you can find a colorful array of camions at La Javelle, a lively guinguette on Paris’ west side. Cuisine options abound among lesser-known food trucks, and there are regular appearances from popular favorites like Le Camion Gourmand, Caravane Dorée, and even Le Camion Qui Fume. The bar at La Javelle offers sodas, fresh fruit juices, bottles of wine, and cocktails. You can peek at the venue’s website for a list of each day’s featured food trucks and check out the many themed concerts and fêtes organized by the crew of this effervescent guinguette.

Check out websites Track the Truck and Pouet-Pouet to pinpoint the location of many Parisian food trucks on any given day. You can also do a local search to see what food trucks are near you at lunchtime. Thankfully, these indispensables of Parisian street food will still be cruising the boulevards throughout winter. Grab a warm scarf and hop in line. They’re worth the wait. 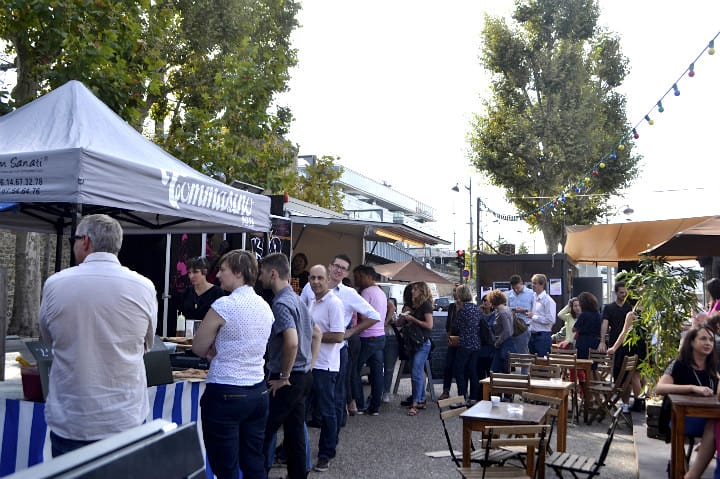 Written by Emma Stencil for the HiP Paris Blog. Images by Emma Stencil. Looking for a fabulous vacation rental in Paris, London, Provence, or Tuscany? Check out Haven in Paris.

Nice review. To have a look of about 75 i tried in or around Paris, have a look at my blog. Some disappears but new one are comming!

Excellent roundup! Looking forward to trying a California burger in Paris and comparing it to the burgers in my hometown of San Francisco on our next visit!

You need to try Eat the Road! I discovered the beautiful Airstream in Asnieres-sur-Seine market and it’s the best burger meat ever! Im not really a burger girl normally but… They looked so tempting, and the chips with the skins on! So so good, even the buns are delicious and I’d normally try go bun free!!! These guys are my new naughty habit!!! X