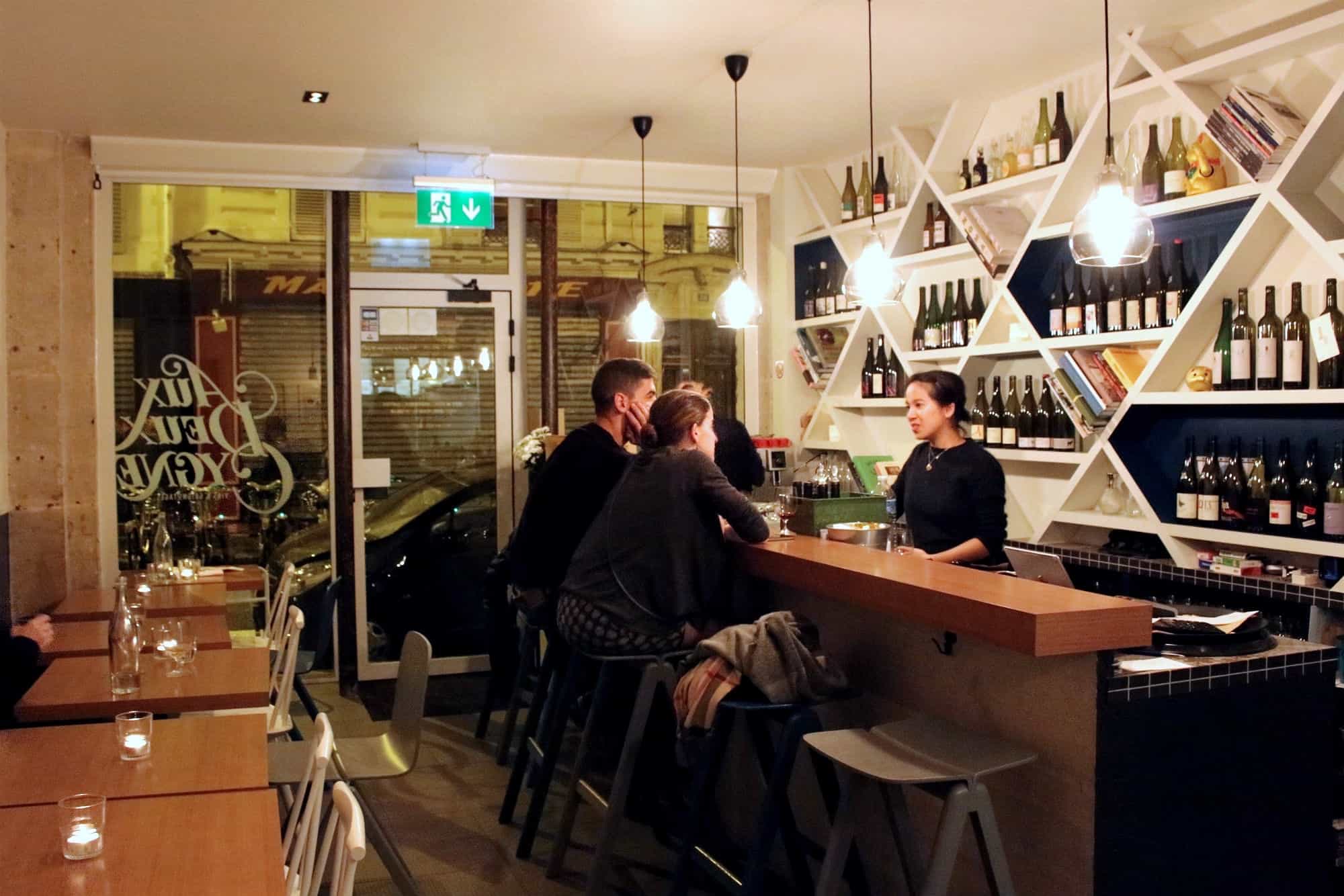 Paris is home to a thriving, expanding scene when it comes to craft coffee, beer, and natural wines. However, despite evolutions in how the city’s residents and visitors eat and drink, the setting in which we enjoy these items rarely strays from the standard model. Enter any craft coffee shop and you’ll like have a choice of locally sourced cookies, or the more standard croissant or pain au chocolat to enjoy in a small, sparsely decorated space which incorporates innovative seating options to accommodate the hoards of self-employeds and bloggers who flock there. Standing-room-only is often the case at the city’s craft beer bars, where beer geeks are equipped with pints and perhaps a coveted bowl of roasted peanuts to go with. 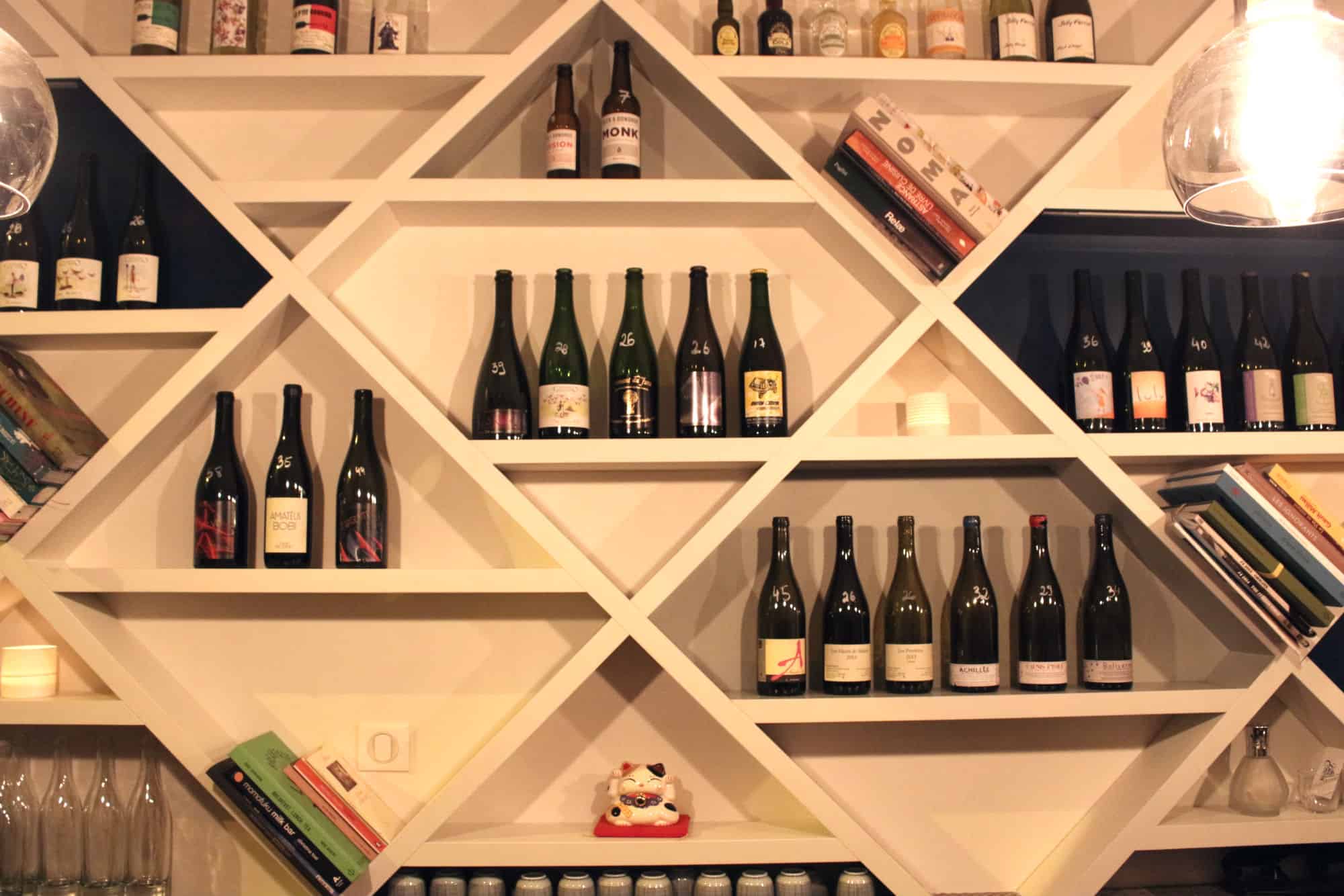 Wine bars, the most emblematic French watering holes, have stuck unfalteringly close to the style espoused by wine bars and bistrots throughout the ages: cosy seating at scattered tables or directly at the bar, walls lined with chalkboard menus and bottles of French wines, and the customary apéro offering of an assiette of cheese and charcuterie.

There are, of course, exceptions to this model. Sometimes the Paris scene will surprise you by engaging in a sort of crossover or uncommon aberration from the norm. You can get craft beer and natural wine at Les Trois 8 in the 20th arrondissement, for example.  And thanks to independent baking operations like Emperor Norton and Broken Biscuits, which veer towards anglo-inspired baked goods, you can now find things other than French pâtisseries at many of the city’s coffee shops.

But alas the mold for bars and cafés in Paris largely remains unbroken, especially when it comes to the city’s wine bars, which most likely haven’t changed since the last Michel Tolmer print was hung on the wall, using the iconic artist of the natural wine movement to qualify their establishment as part of the vin naturel community. 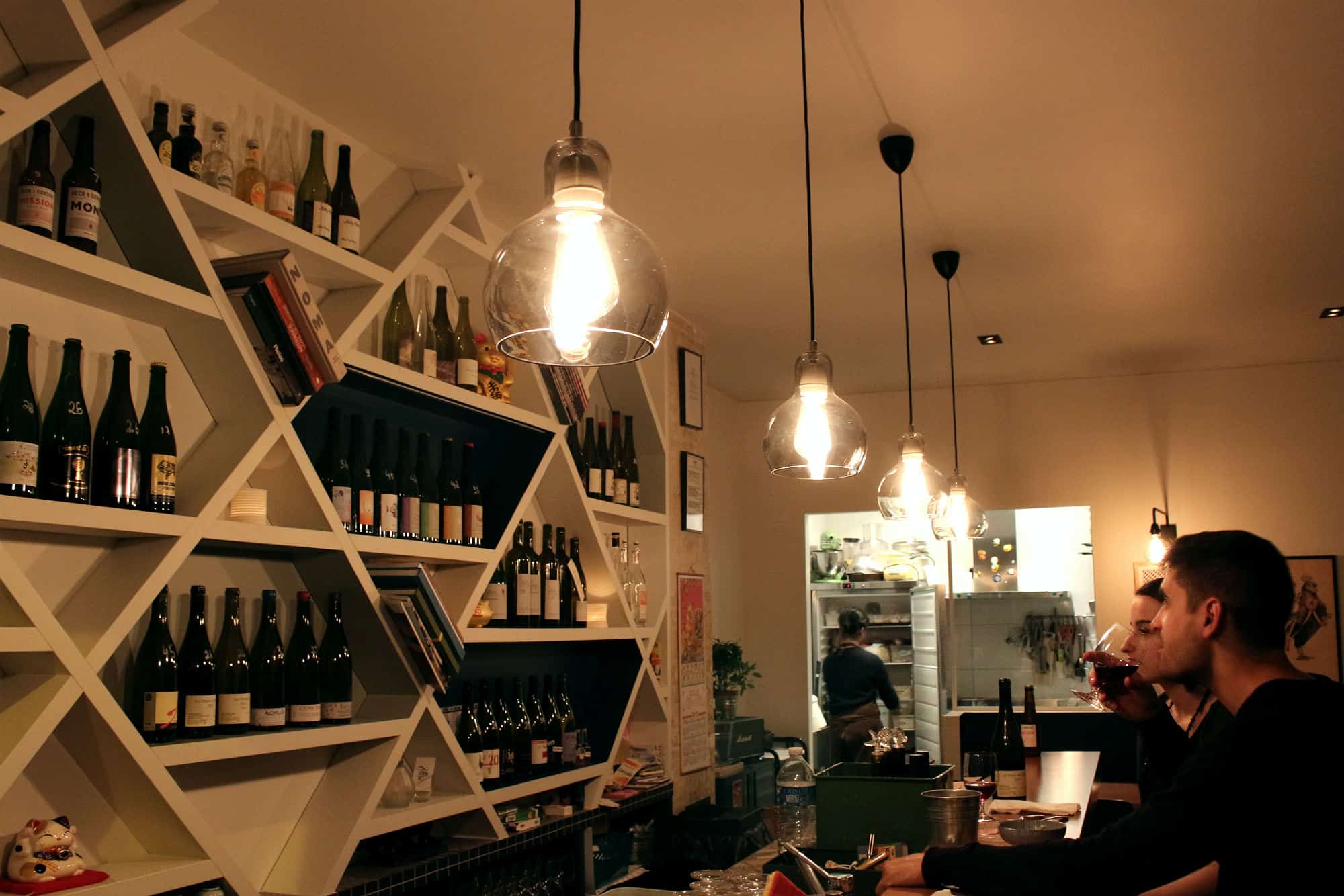 That’s what makes Aux Deux Cygnes so special. Or that’s one of the things, at least. Located on rue Keller in the 11th arrondissement, a street that manages to feel neighborhoody and almost even sleepy while still full of things to do – across the street, for example, swank meets kitsch at Lone Palm, perfect for an apéro or post-shopping beer after checking out the various record and comic book shops that line the rue – Aux Deux Cygnes opens up a whole new world to winemakers.

You can feel the difference upon entering To Xuân Cuny’s quaint and uncluttered space, which is typically filled with locals enjoying after work drinks or dinners among friends, talking about anything but work. Intimate spaces are created with the help of candlelight and an apparent unspoken agreement that everyone will respectfully use their indoor voices. And, in a subtle statement of independence, this undeniably well-equipped natural wine bar lets the bottles stocked on a kaleidoscope-inspired bookshelf serve as the main attraction.

A two-lady team handles the service for the evening, with To Xuân sharing her time between the kitchen and the bar. One feels pleased to have a chance to chat with the chef, who has worked in Copenhagen and Paris, whenever she happens to be in the front of the house. While cooking was To Xuân’s portal to the world of natural wine, thanks to colleagues and mentors who inspired her passion for wine, she has continued to expand her knowledge of wine and winemakers, which she speaks of with infectious excitement and extensive knowledge. 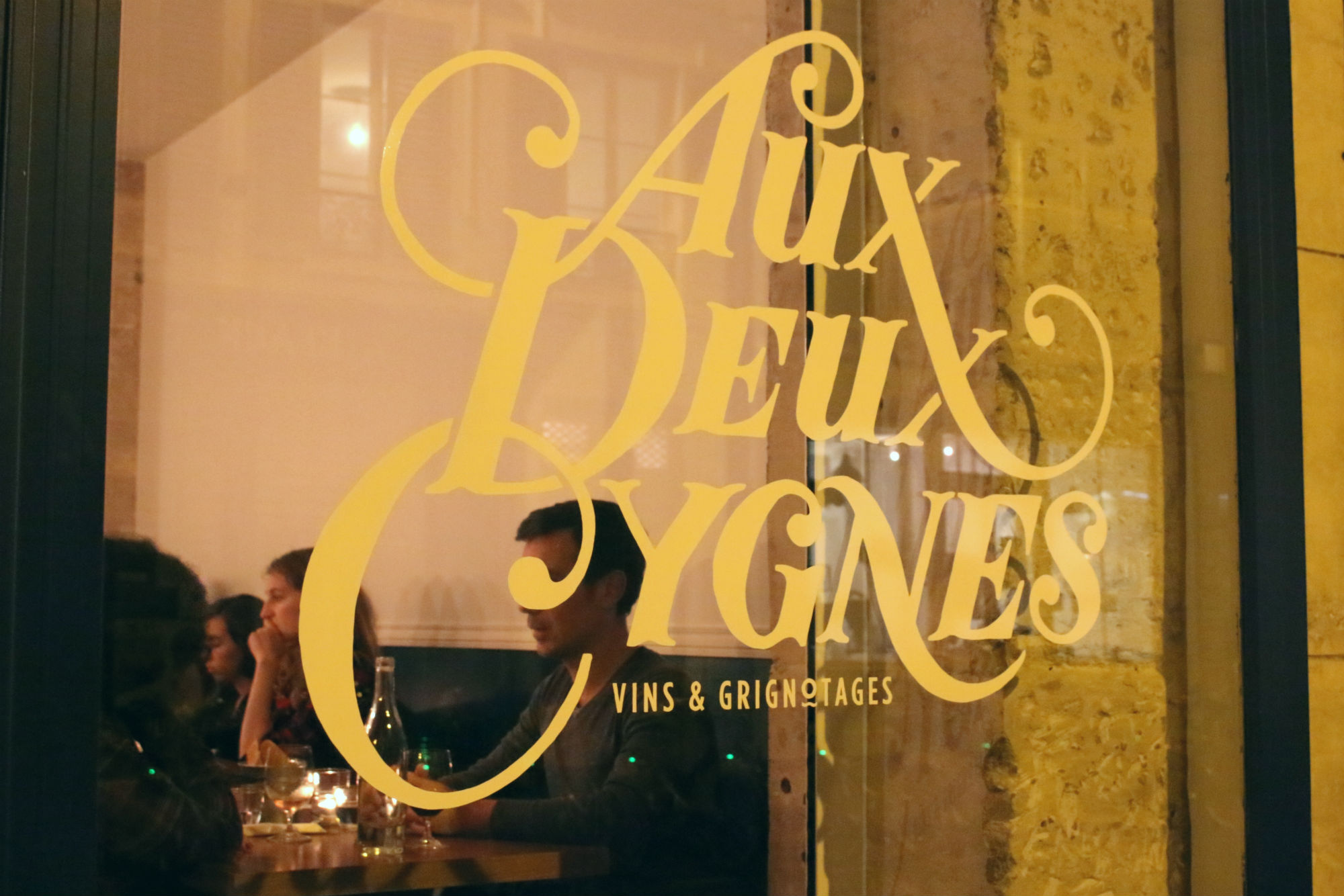 Not only has To Xuân created a welcoming neighborhood address whose menu is fun to order from, she’s also managed to subvert the wine bar paradigm by pairing her exceptional wines with a menu that eschews cheese and charcuterie plates. At Aux Deux Cygnes, French bistrot fare makes way for Vietnamese cuisine with the inclusion of French fusion dishes, all with striking results. Striking because the menu of small plates (ranging from 8-12 euro) is mouth-watering, but also because this is one of the few places in Paris you can enjoy a Bahn Mi sandwich or order, as I did on a recent visit, a salad composed of transparent sweet potato noodles with thinly grated bell peppers, sesame seeds, soy sprouts, and black rice vinegar (8 euro). That same night, the chicken wings dressed in a lime, curry, and ginger sauce fell off the bone and begged the question of why fried chicken has been having its day for so long in Paris.

The ultimate charm of Aux Deux Cygnes is that while trends like fried chicken thrive and craft coffee, beer, and natural wine become increasingly misunderstood and, To Xuân has a kitchen on a quiet street where she chops coriander as steam rises from a bowl of miso and mingles with the odor of curry and shallots, gently wafting around bottles of Beaujolais and Côtes du Rhone.

Written by Emily Dilling for the HiP Paris Blog. All photos by Emily Jackson. Looking for a fabulous vacation rental in Paris, London, Provence, or Tuscany? Check out Haven in Paris.

One comment on “Aux Deux Cygnes: A Classic Parisian Wine Bar with a Vietnamese Twist”

Lovely writing! Can’t wait to try this place the next time I’m in Paris.