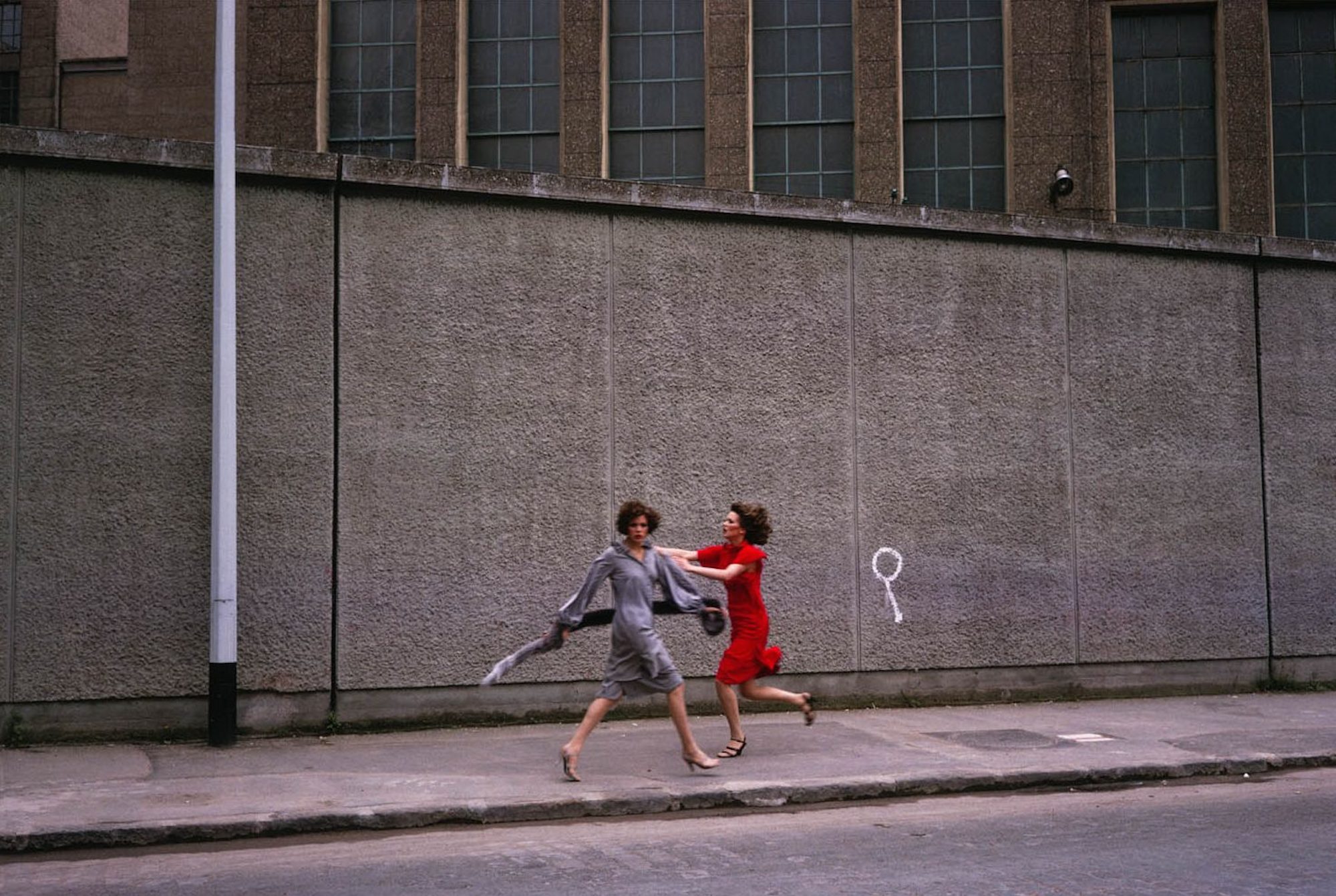 It’s nearly August, and while most of the French are going on summer holidays, there’s still plenty to do in Paris. Cafés and shops may close, but many of the city’s art galleries and museums remain open. The mass exodus of Parisians during the summer holidays means there are often less crowds, making it the perfect time to take in some art. Enjoy the empty city – and air conditioning! – while exploring some of the artistic offerings this summer in Paris.

Europe and North America have long been seen as artistic epicenters. However in recent years, the art world has begun to recognise South America, Asia, the Middle East and Africa as exciting artistic hubs. Fondation Louis Vuitton aims to shine a light on these previously overshadowed art scenes, as demonstrated by their current exhibition Art/Afrique, le nouvel atelier. 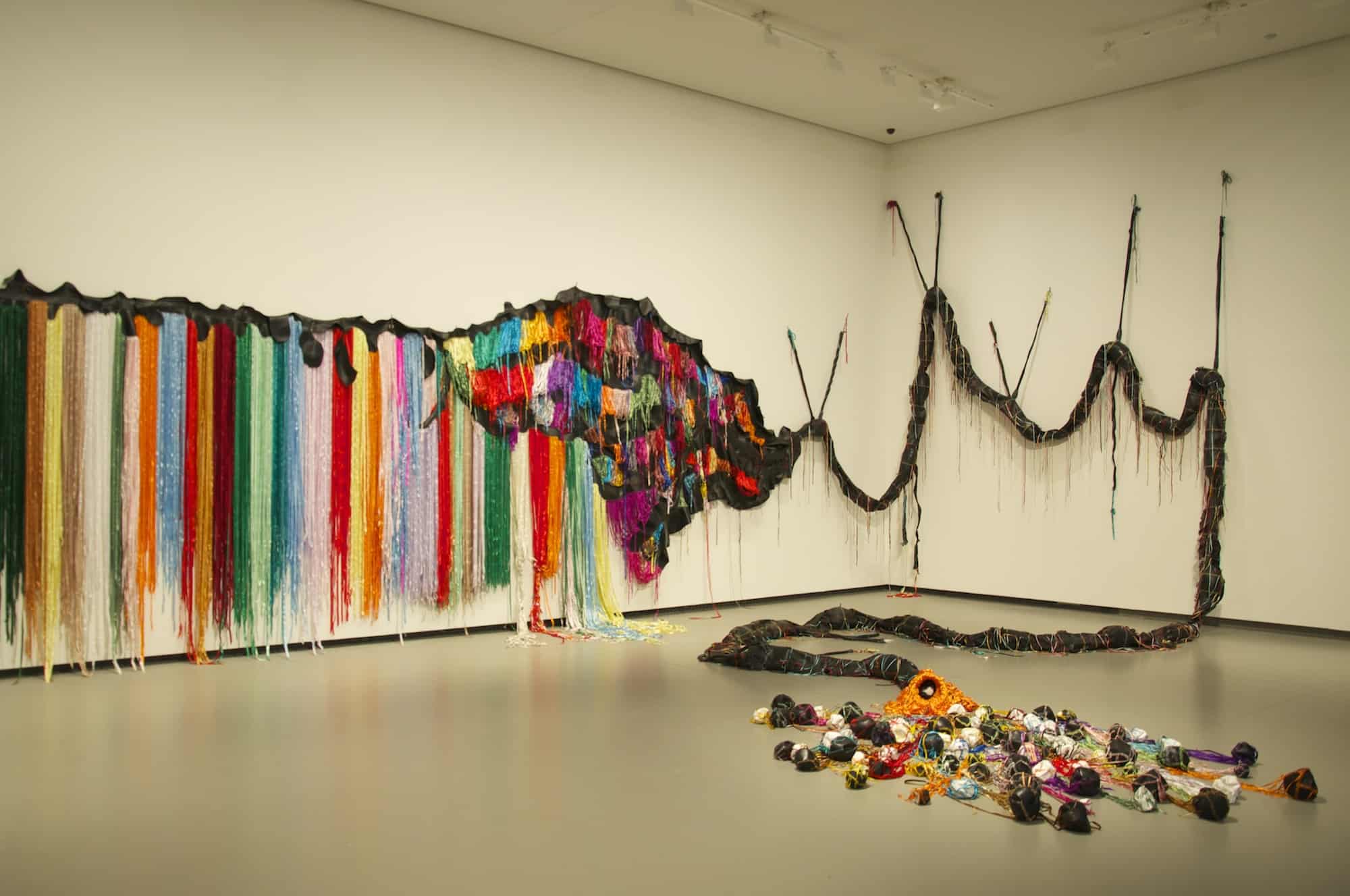 Art/Afrique is composed of two exhibitions. The Insiders: a selection of works (1989-2009) from the Jean Pigozzi collection of African art draws together works by fifteen iconic artists living and working in sub-Saharan Africa. This diverse and unique collection of works are influenced by the traditions of their country and convey strong political positions. Being There: South Africa, a contemporary scene displays the works of South African artists and social activists, focusing on the present day but also revisiting the country’s past. It reveals the South African art scene as one that is both dynamic and diverse.

This is demonstrated by Nicholas Hlobo’s Ndize (Tail) (2010). Hlobo’s work explores his Xhosa heritage in the context of post-apartheid South Africa. His stitching and braiding of textiles references the traditionally feminine practice of craft yet results in a work which is clearly contemporary. Art/Afrique also features a selection of works from the Fondation’s permanent collection, including Rashid Johnson’s Plateaus (2014). This monumental work references themes of displacement and hybridization, as well as Johnson’s personal memories of his father. Overall, this is an eye-opening, moving and thought-provoking exhibition. 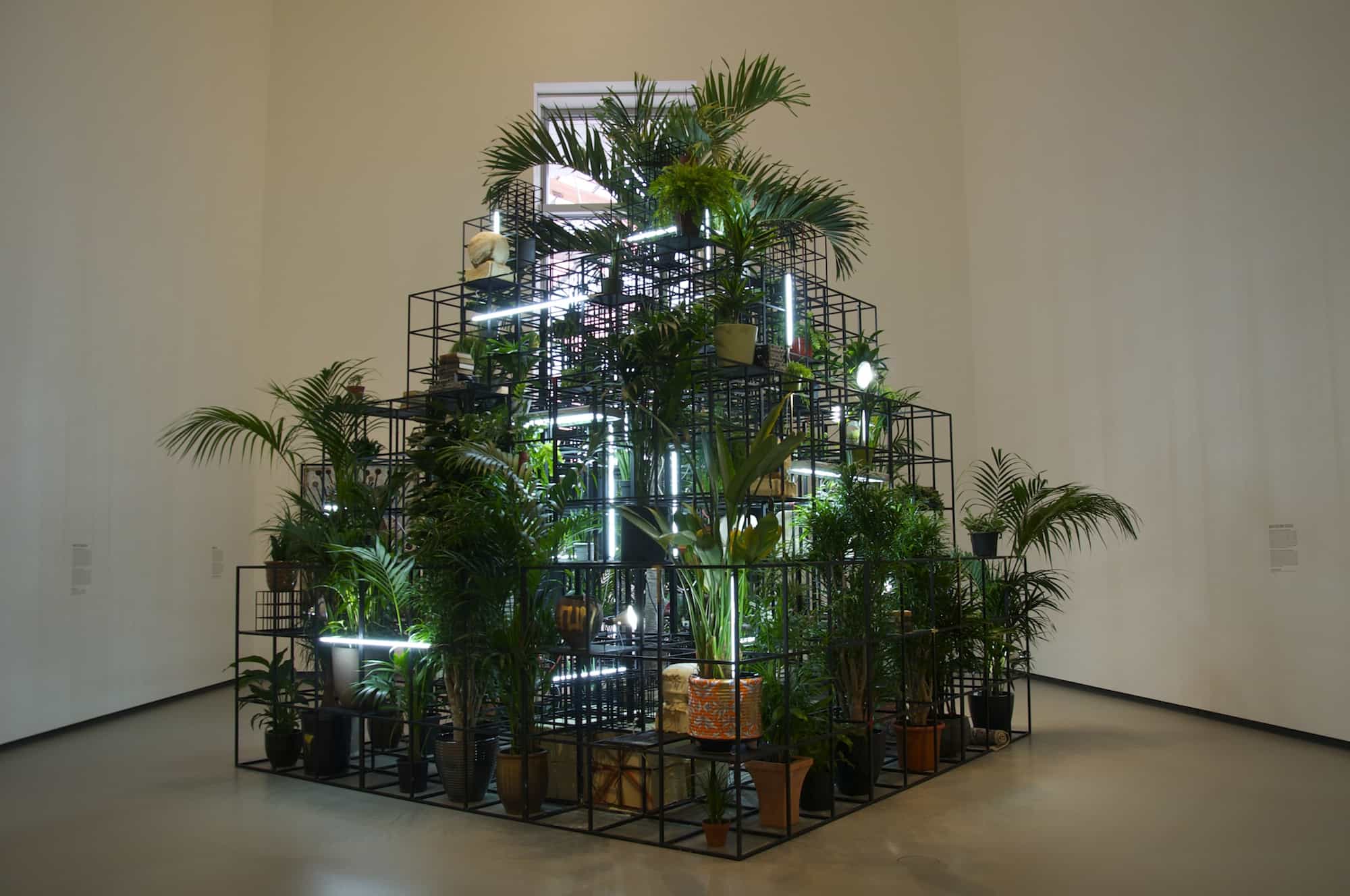 French luxury fashion house Chloé has revealed a new public space in Paris. Newly opened Maison Chloé is a dynamic multi-level cultural space which investigates the theme of femininity through exhibitions and events that unveil Chloé’s 65 year history. Kicking off its year-long program is the inaugural exhibition Femininities – Guy Bourdin, which celebrates the work of renowned French photographer Guy Bourdin. Bourdin worked largely for Vogue as well as brands such as Chanel, Charles Jourdan, and Chloé. The photographer was known for his unconventional use of narrative and surrealism, and was a major influence for contemporary artists. 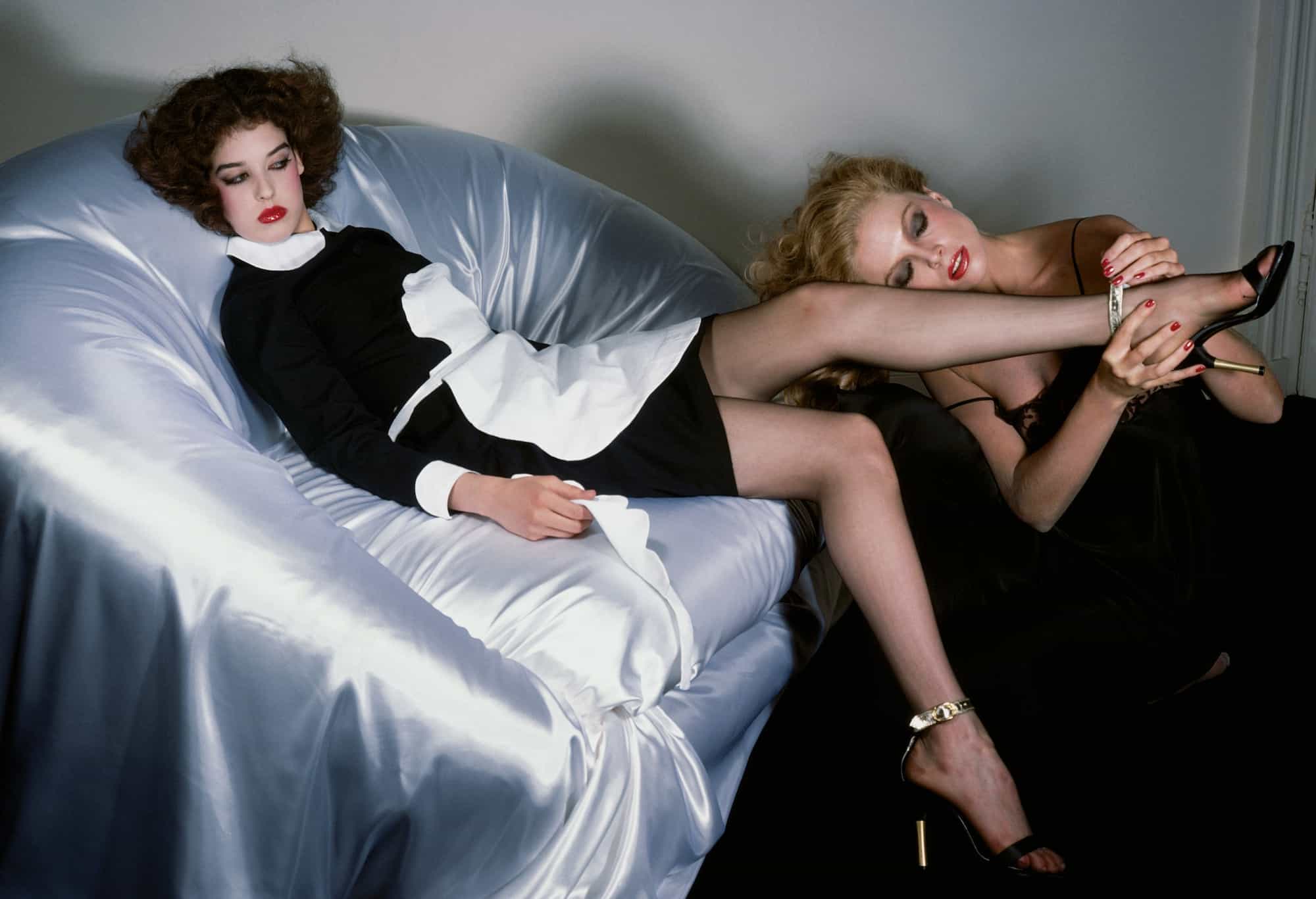 It seems like David Hockney is everywhere at the moment, having recently arrived from Melbourne where his work was exhibited at the National Gallery of Victoria. Now, in collaboration with Tate Britain and the Metropolitan Museum of Art, Centre Pompidou presents one of the most exhaustive retrospectives ever focused on his work. The exhibition is a timely celebration of the artist’s 80th birthday and features more than 160 works, including some of his most famous paintings, spanning Hockney’s entire artistic journey from his youth to his more recent iPad drawings. 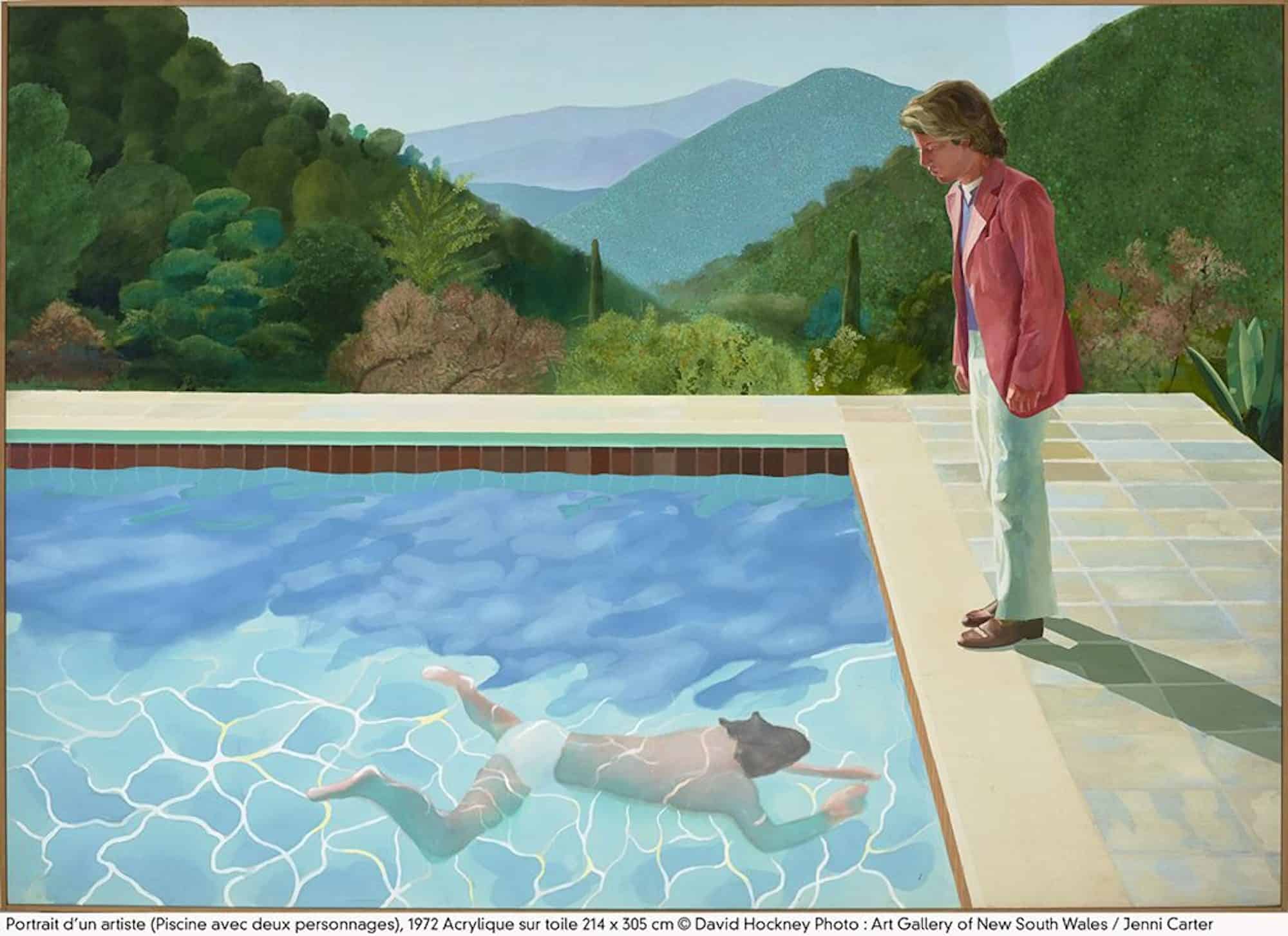 Written by Ali Postma for the HiP Paris Blog. Looking for a fabulous vacation rental in Paris, London, Provence, Tuscany, Umbria or Liguria? Check out Haven In.