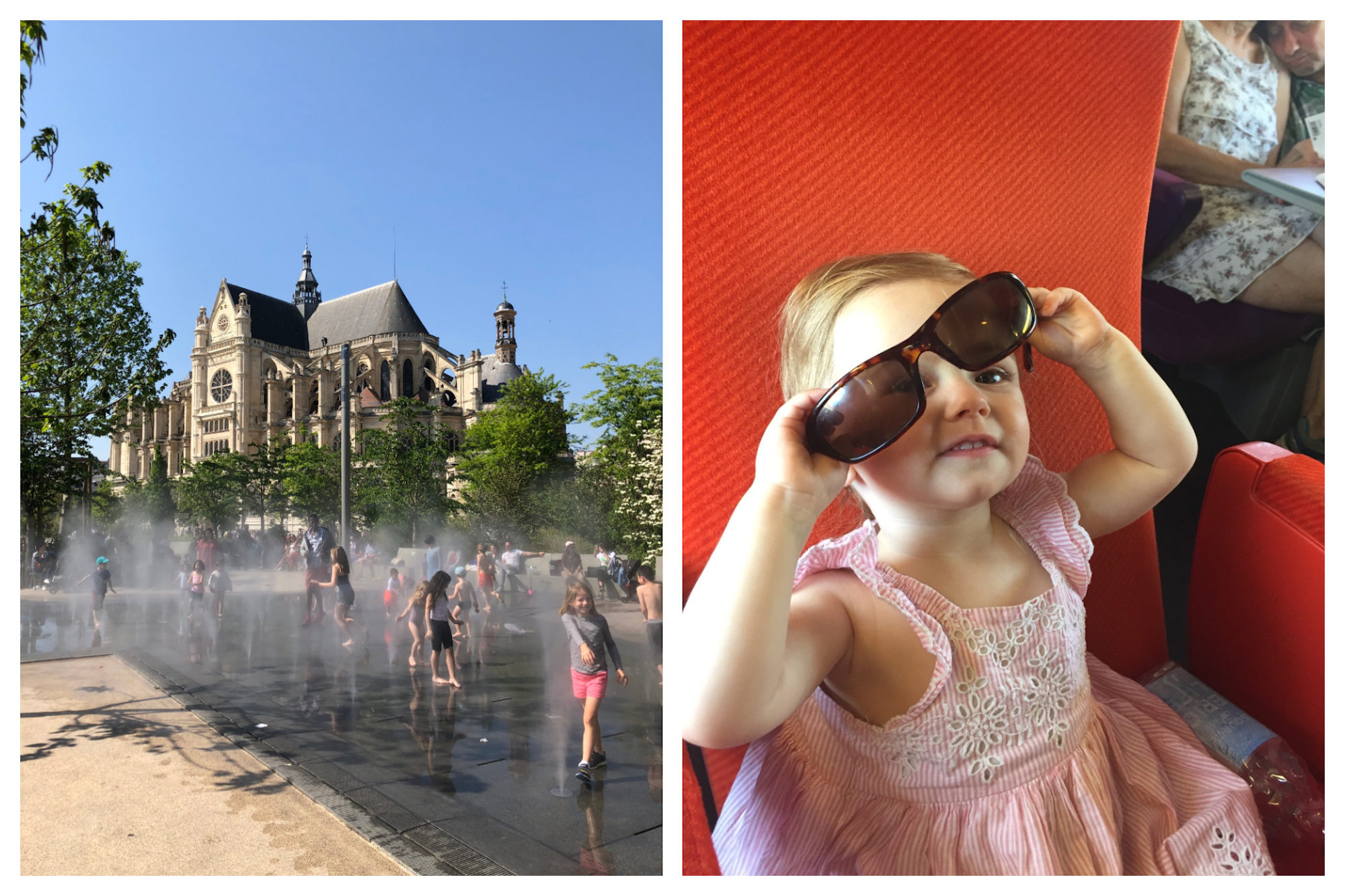 To be a mom is to play a constant game of peek-a-boo with yourself. The cozy blanket of baby cuddles and discovering the meaning of unconditional love is the reward, but on the other side of that blanket, when you get a chance to peek, is the huge “boo!” of who you once were.

Before I had my perfect, wonderful, light-of-my-life daughter I used to love to travel. I’d hop on a plane to Lithuania to meet a friend at a coffee conference, or head to Southern Italy for a forum on women in gastronomy. I’d make trips back and forth to my native California, and road trip as much as possible when there. My favorite destination of all was, and is, Paris – the city I left three years ago for a new life in the countryside and have been missing ever since. 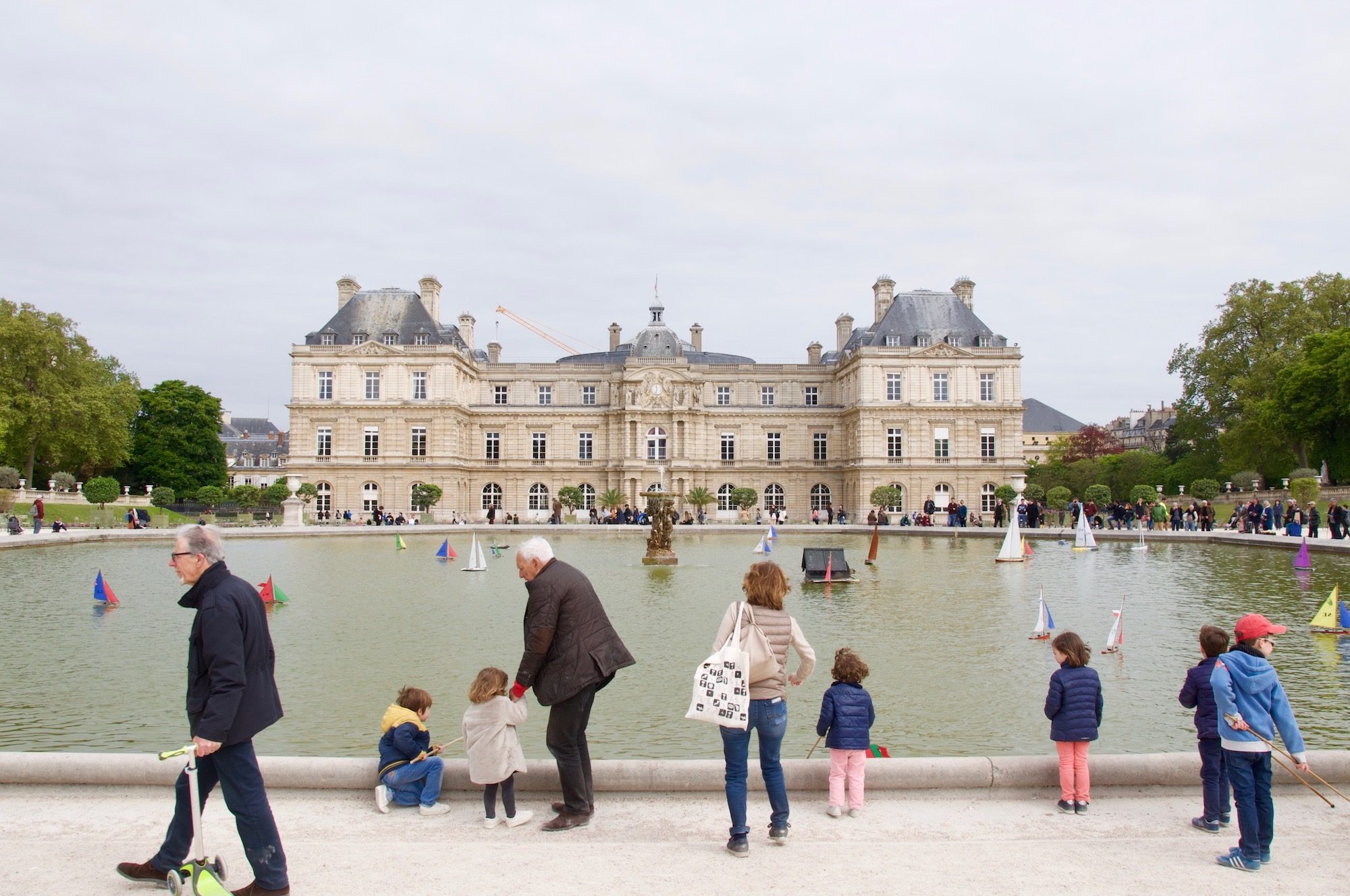 The smiles that lit up my baby’s face as we played and peeked and booed in our big comfy bed those first few months made the transition to motherhood seem doable. But I’d be lying if I said they made my life complete. I still needed to move, to get out of my small village, and to continue to see the world. I couldn’t wait to get out and about with my brand new travel partner along for the adventure.

I looked forward to my first trip to Paris with June, visions of carrousel rides in Luxembourg Gardens and mother-daughter museum visits filled my head. I let my daydreams of Paris trips approach reality as my daughter grew and started to interact with the world – getting closer to the age where she could start to appreciate Paris. 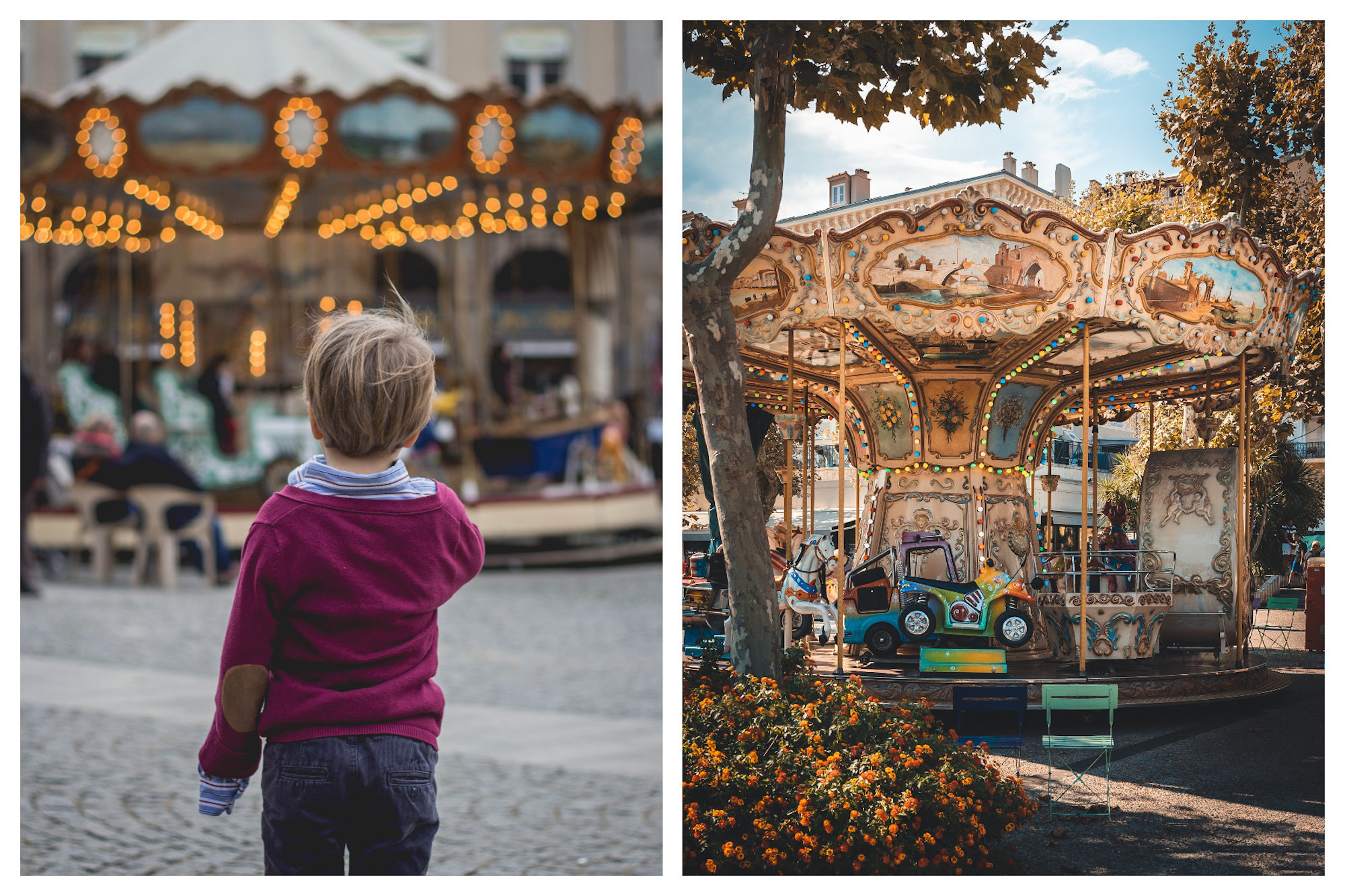 Before getting to Paris we had a trail-run visit to San Francisco (more about getting a baby back and forth over the Atlantic here), a city that is so expensive it has become prohibitive to young families. This means children have a sort of Handmaid’s Tale-level status among locals – they’re a rare site. Friendly sun-kissed Californians smiled back at us and made way for our stroller as we pushed it up the city’s hilly streets.

The San Franciscan’s love of dogs also opens doors for small humans, as any dining establishment that welcomes pups is hard pressed to glare at other forms of troublemaking, crawling mammals. We were welcomed into coffeeshops, restaurants, and wine bars – where I would enjoy socializing with adults and June would crawl on the floor with a labradoodle. It was glorious and made me feel optimistic that cities were great places for babies. Feeling confident and equipped, I was ready to plan a mommy-and-me trip to Paris. 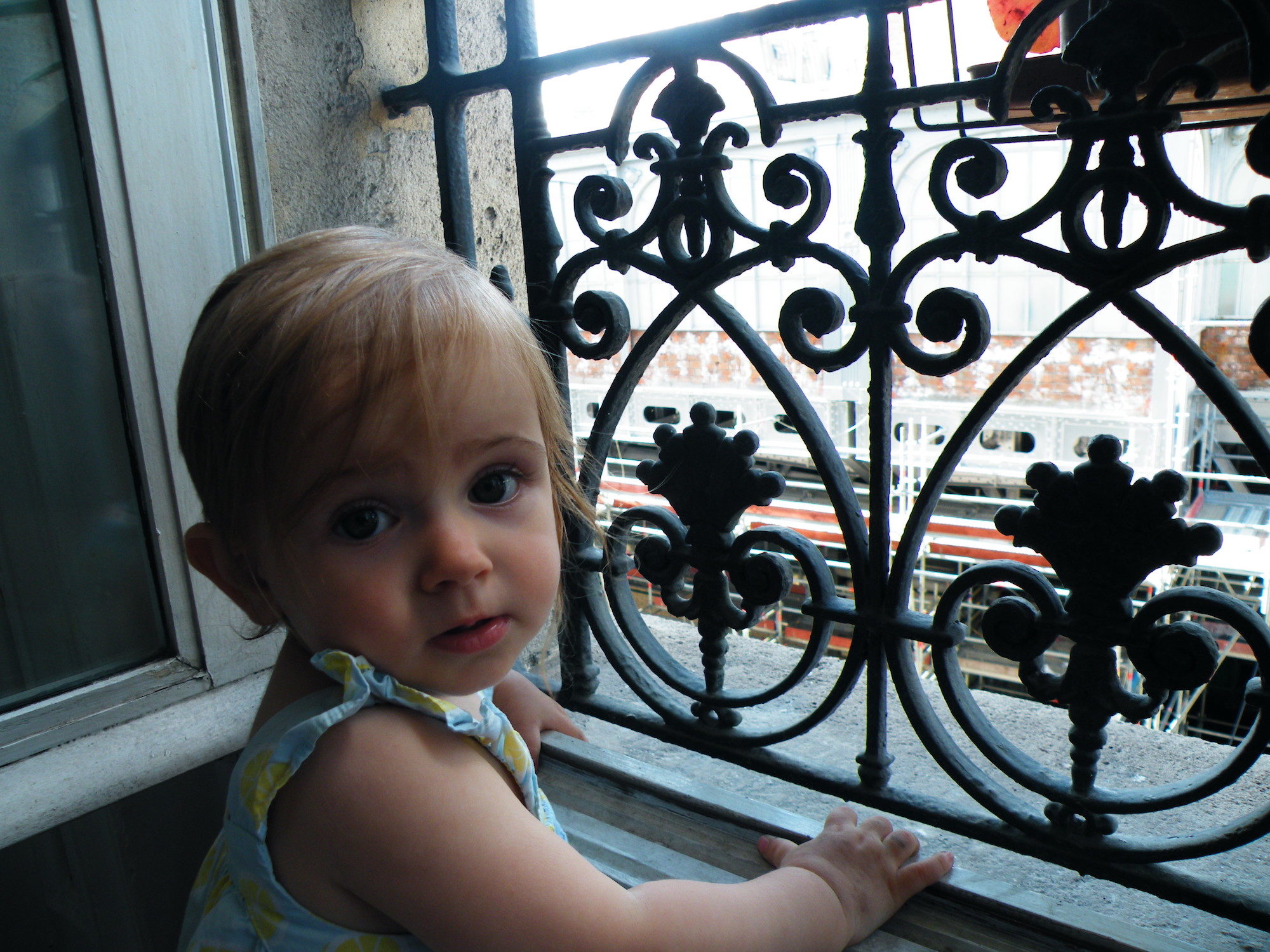 There was a fire at a train station the day we arrived, so of course there were delays and it wouldn’t be a true SNCF experience if it didn’t take four hours longer than necessary to get to the city. Tired and feeling unconfident and unequipped, I weighed my options. The old me would hop on the metro and head straight to the first stop on my itinerary. The Mommy Me had a one year old in a stroller and a diaper bag to go with. Exhausted and not up to counting on the kindness of strangers to help carry my pousette up and down metro stairs, I considered the alternatives. A bus would prolong this seemingly never-ending journey even further. I could indulge in a taxi, but I didn’t have a car seat. I felt pangs of missing San Fransisco where surely there was an app for getting a car seat-equipped taxi on a whim. But I wasn’t in San Fransisco, I was in Paris – a city that had always been enchanted for me, I put my faith in Paris and headed to the taxi stand. 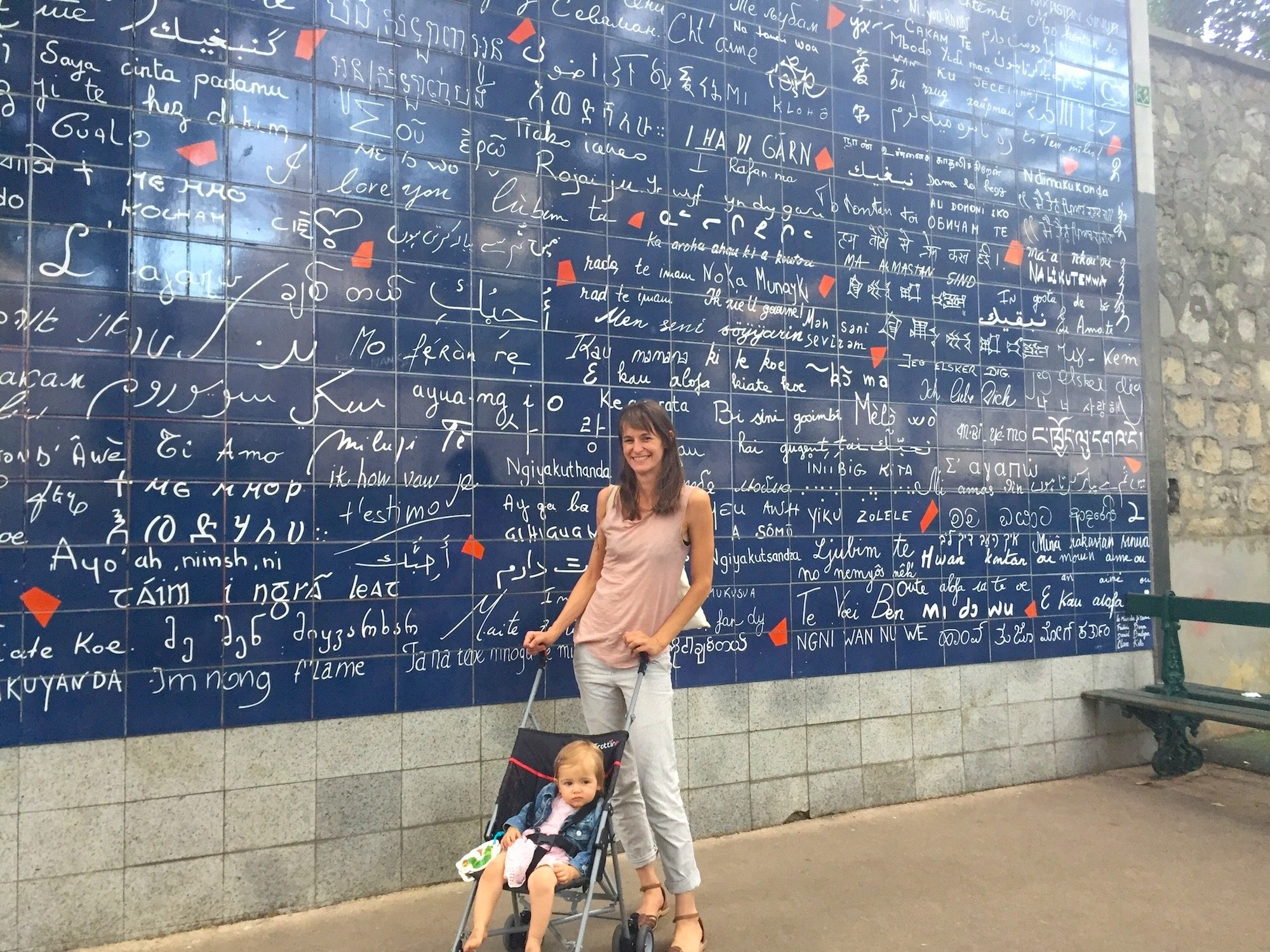 “Do you know how we can get a taxi with a car seat?” I asked the driver who was first in line. “You have to reserve one in advance,” he told me and I turned and walked away, shoulders drooping. “But I don’t mind if you don’t have one!” The taxi driver added and I turned on my heels – my heart surged with love for the irresponsible, scofflaw French as I accepted his offer, and the fact that my mothering will surely be judged based on this decision, and strapped baby June onto my lap. All of a sudden Paris seemed like the Promised Land again. 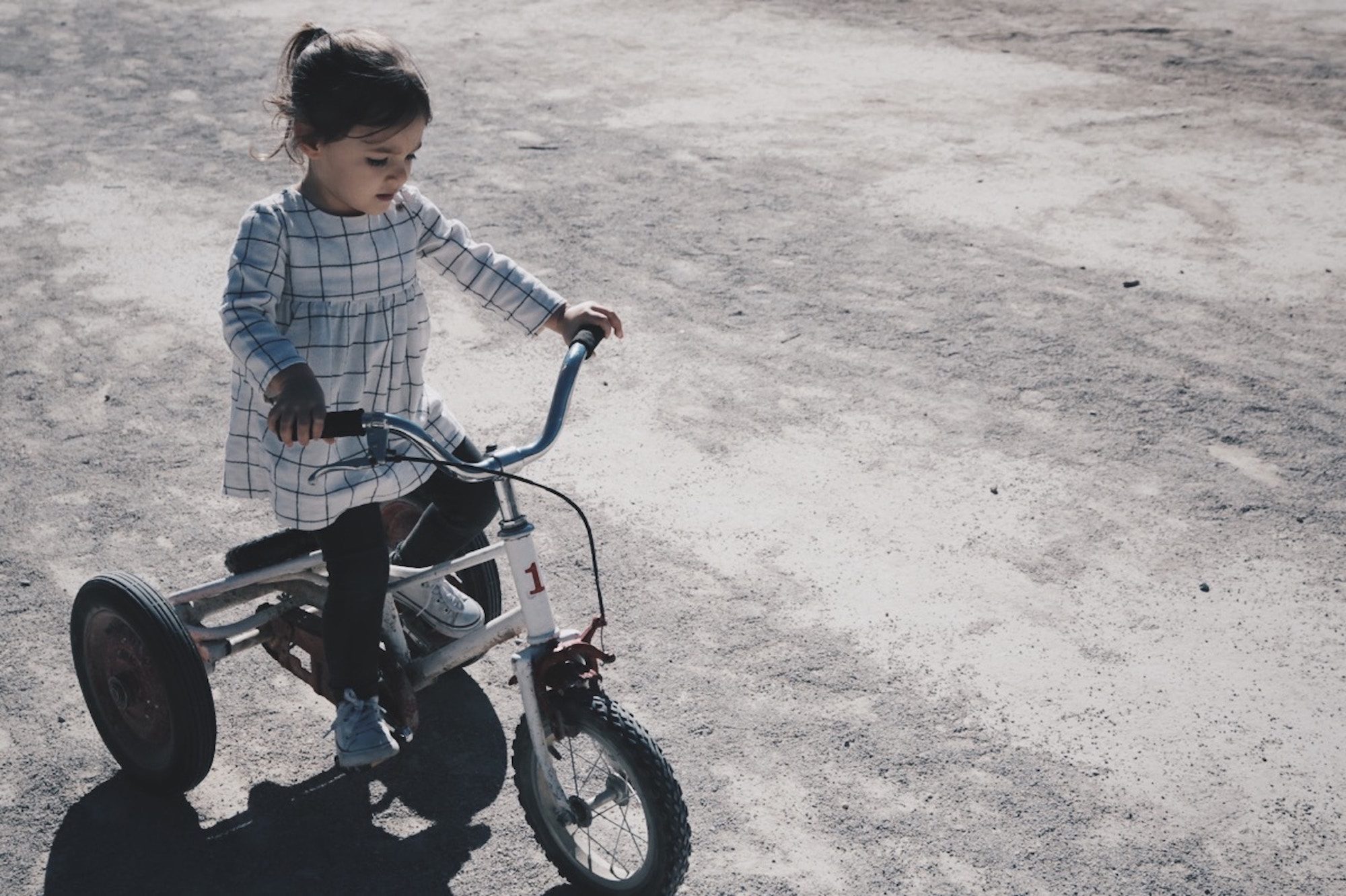 Peek-a-Boo: Paris in your 20s is not the same Paris as a mom. The eye rolls of the restaurant manager who immediately grabbed our stroller and put it into hiding as he gestured towards a table in the back, where he hoped we would stay out of the way, put us both in a bad mood. Attempting to enjoy a meal at one of my favorite lunch spots from the past, I struggled between trying to remain discrete with a toddler who wanted to toddle and wanting to shout “You were all babies once, too!!” Instead I ordered wine and June threw a fit, which led to me hunting down our stroller and taking my salade niçoise to go while the baby screamed all the way back to our rented apartment. 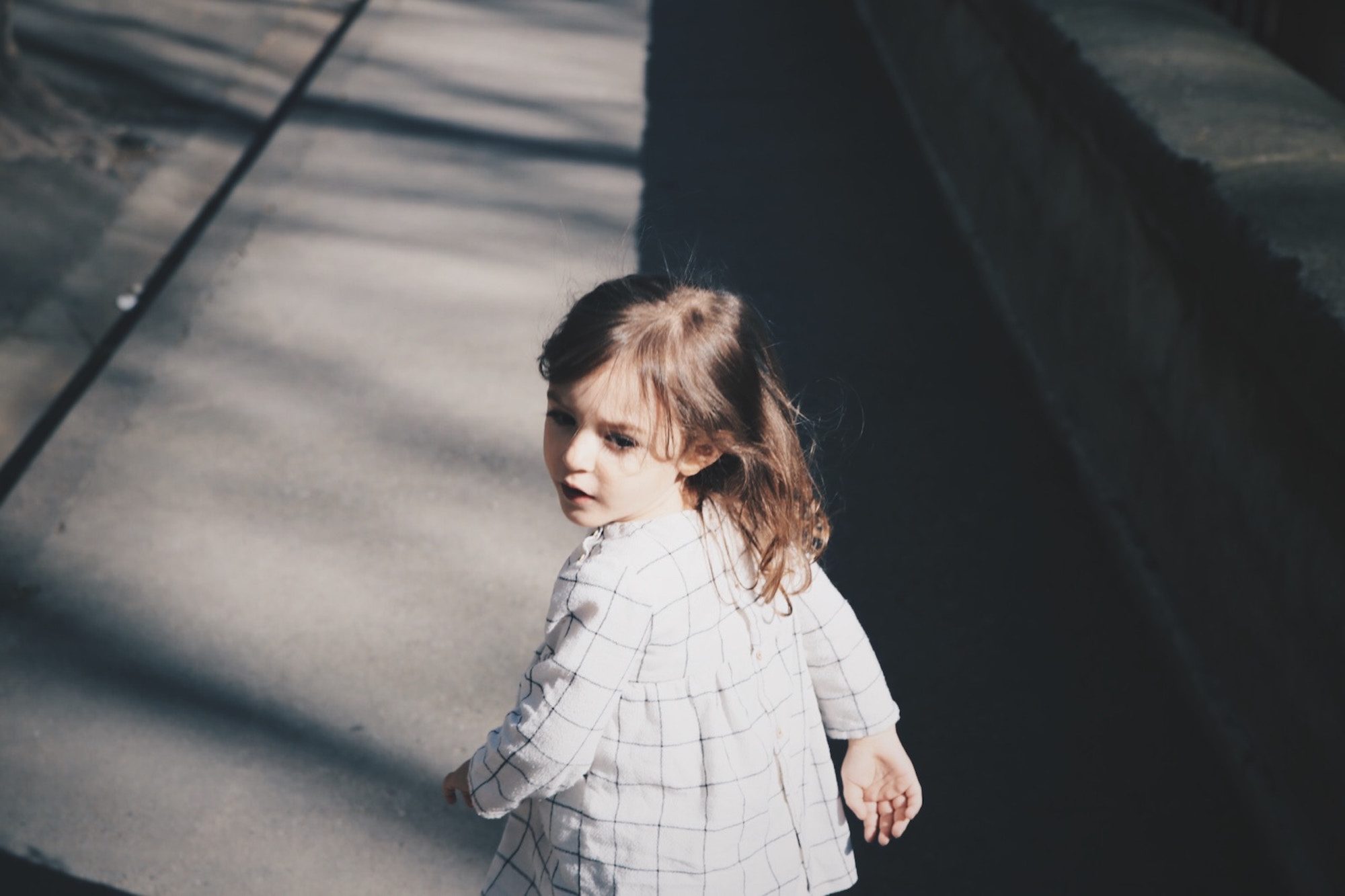 Contrary to what we experienced in San Fransisco, the Parisian’s love of dogs does not transfer to babies. I’m not the first to observe that dogs often get better service in Paris restaurants than do humans, and they also seem more welcome. When taking my friend’s four-legged friend out for a stroll with baby June in tow, I was surprised that the lit-up faces as I entered shops and cafés were not for my perfect, wonderful, light-of-my-life daughter, but rather for the wiry haired mixed-breed dog that, while charming and a great companion, had no mastery of the power of the slow blink and charming smile that June could employ at will – both of which seemed powerless against the city’s baristas and bartenders. 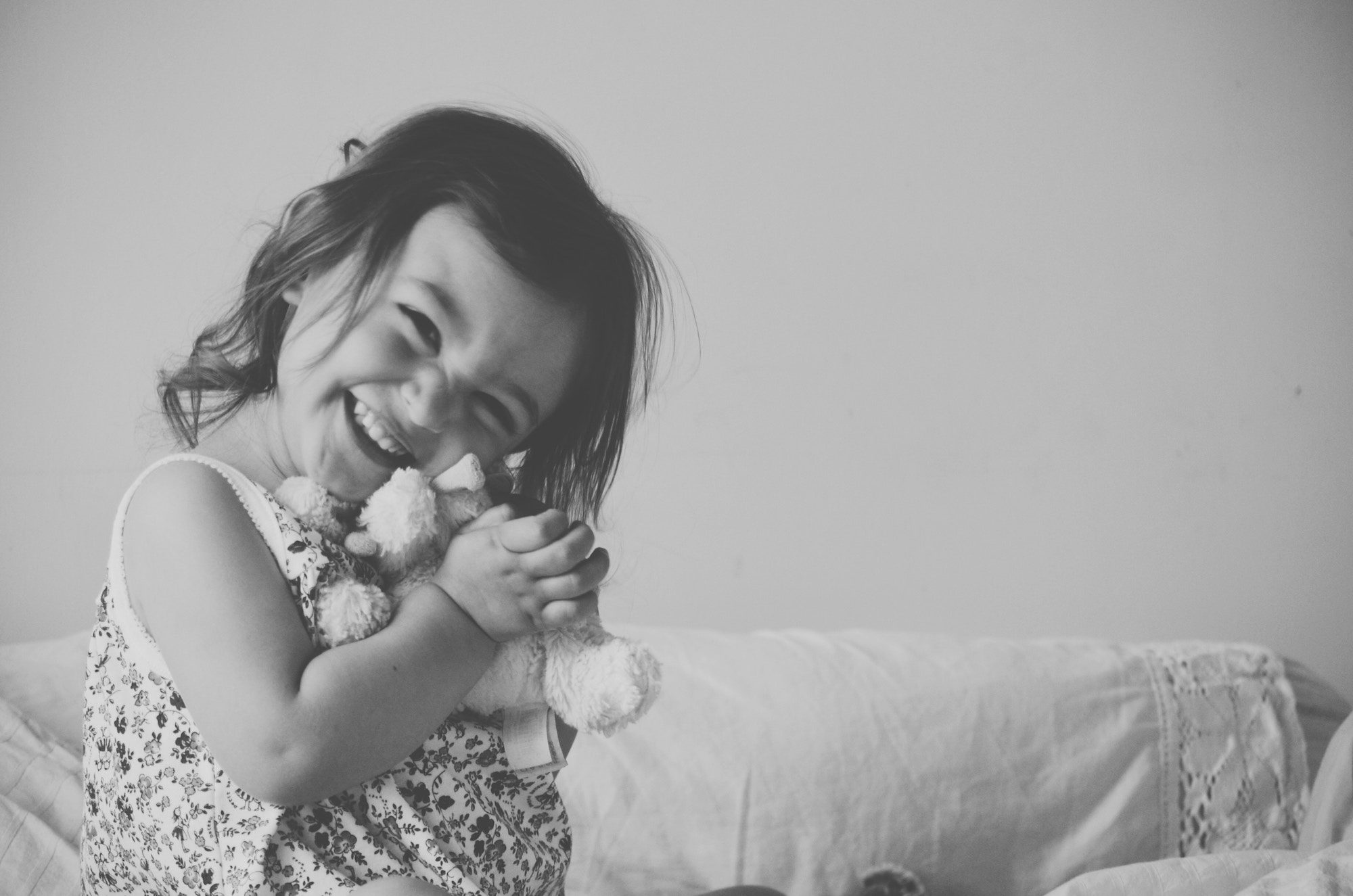 None of this bothered June though. As soon as we got past our disastrous lunch date she got into the swing of the city. We settled into terraces and shared banana bread as we people and pigeon watched, and life seemed pretty great. My ambitions to get to the Merry-go-Round in Luxembourg Gardens abated when I considered the hoisting of the stroller from metro to metro required to get to the Left Bank. Lowering expectations is a big part of being a mom, I’m learning. So is knowing that a day will never look like you planned it to. But the flip side is maybe it’s been awhile since you’ve just sat and watched Parisian pigeons. And that’s pretty great, too. 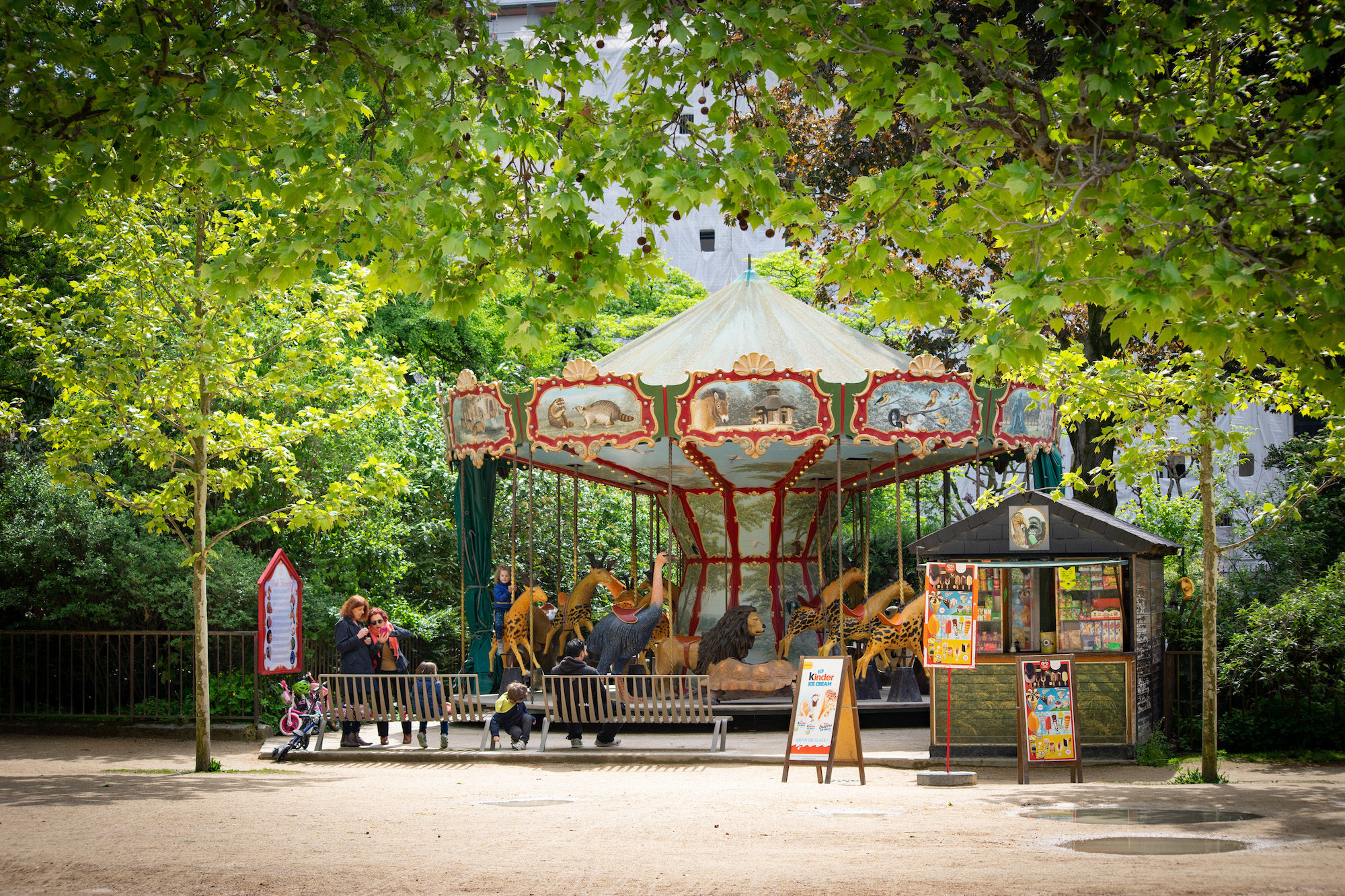