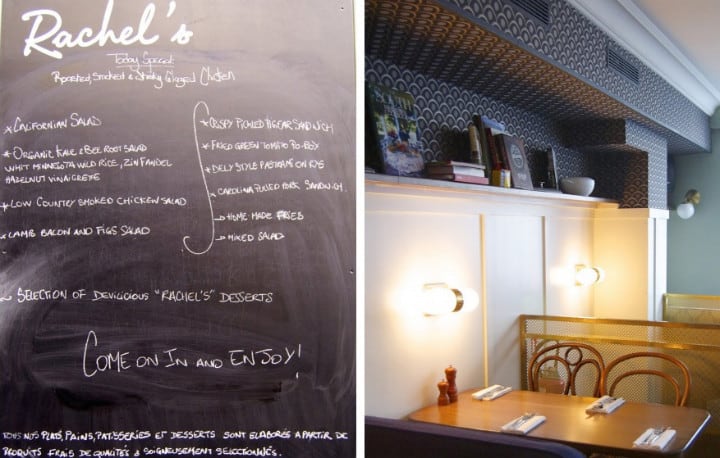 A California summer salad with quinoa, a New York deli-style pastrami sandwich, smoked Banka trout on a sesame bagel— these are just a few of the homemade lunch items you’ll find at the newly opened Rachel’s restaurant in the North Marais. 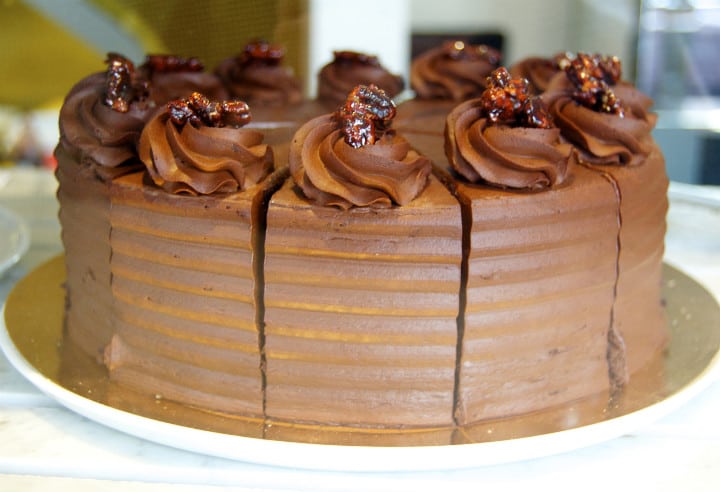 Parisians might recognize the name from Rachel’s Cakes in Montreuil, a bakery and catering business that Ohio native, Rachel Moeller, started with her friends, Maria and Birke. In a 60m2 apartment crammed with two stoves and an extra refrigerator in the bedroom, they began to supply fresh, made-to-order bagels, apple pies, muffins, burger buns, and their legendary cheesecakes to Paris eateries like Le Bal Café, Le Camion Qui Fume, and The Broken Arm. 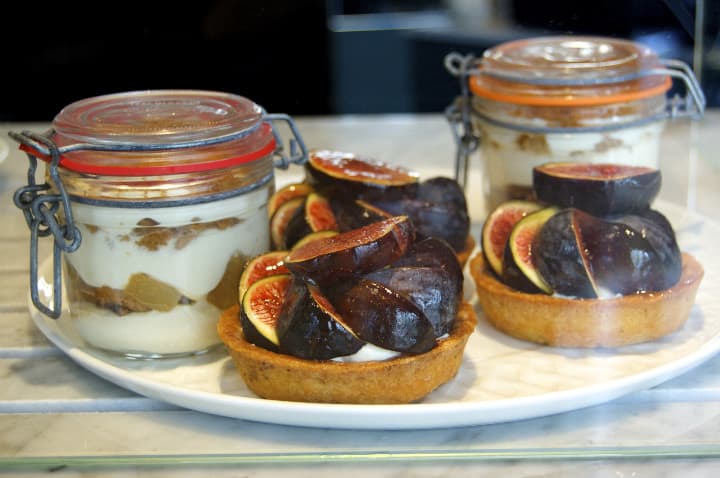 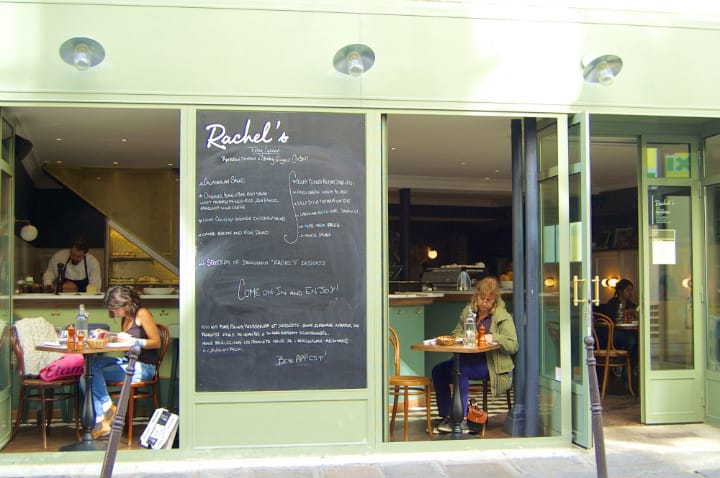 In a city where trained, in-house pastry chefs are hard to come by outside of Michelin-starred restaurants, Rachel’s Cakes’ filled an indispensable need, and with American-style products that were equally as hard to come by in Paris. Clients can call in a request before 4:30 in the afternoon and have it delivered the next morning. After five years of serving up to 600 businesses, the team’s reputation has finally allowed them to open their own full-fledged restaurant, offering brunch, lunch, dinner, and – of course – their irresistible sweets. 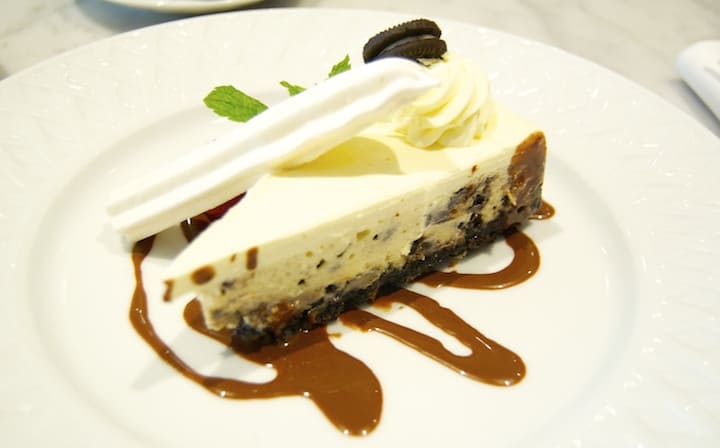 Today you’ll likely find Rachel behind the dessert counter, sporting a baseball cap and a ponytail, head down in concentration as she chops up parsley or adds the final touches to a key lime pie. Rachel has lived in France for the last 11 years, after spending seven at culinary school in Vienna, a combination that explains her intriguing accent – a fluctuating blend of American, French, and Eastern European. 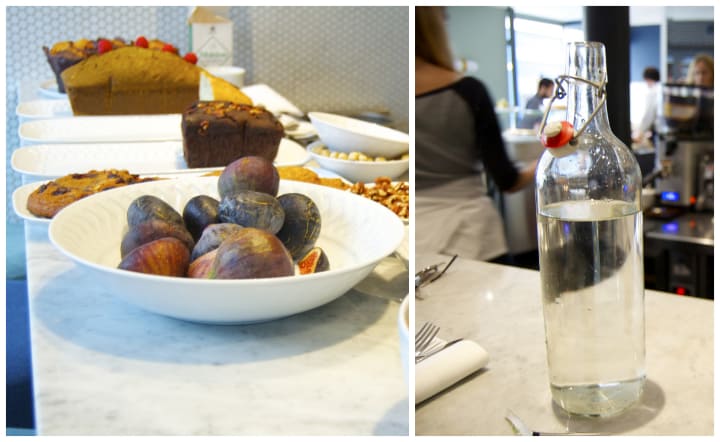 She has assembled an extremely friendly and international team of servers from France, Sweden, and elsewhere, many of whom speak English. 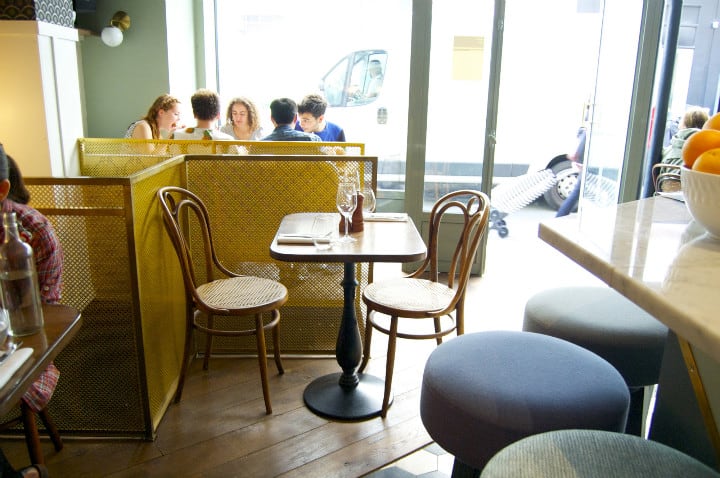 Décor woman-of-the-moment, Dorothée Meilichzon (Café Pinson, Loustic, Hôtel Paradis), designed the modern and clean-cut interior. A marble counter top, spinning bar stools, and chalkboard menu give it the feel of a classic diner. The wall-to-wall shelving lined with every cookbook imaginable adds a particularly homey feel, as if they could easily all belong to Rachel herself. 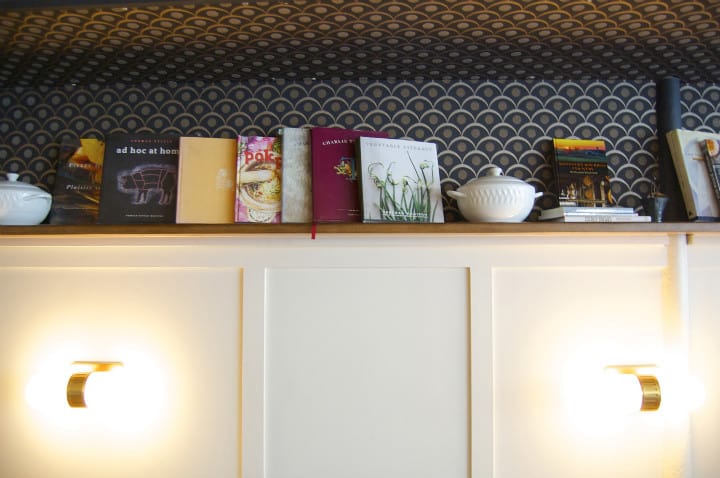 Rachel’s is a refreshing new face in the bistronomie movement in Paris – truly high-quality, homemade dishes made with seasonal ingredients that regular people can afford. Whether you’re stopping for lunch after shopping in the Marais or out on a romantic dinner date, you’ll feel comfortable and at home at Rachel’s. 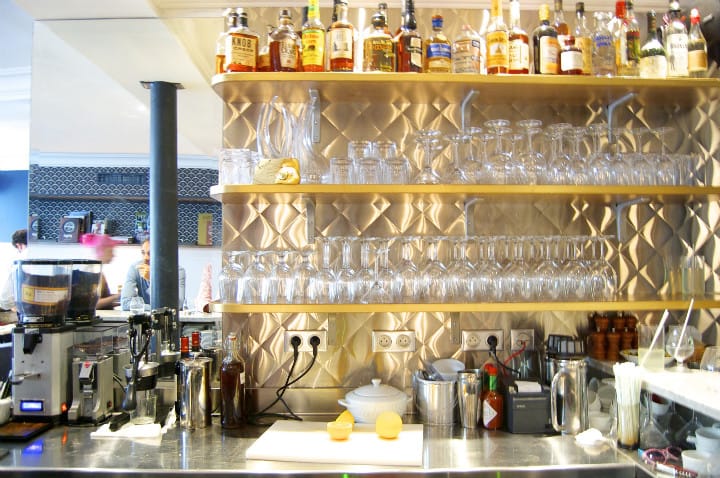