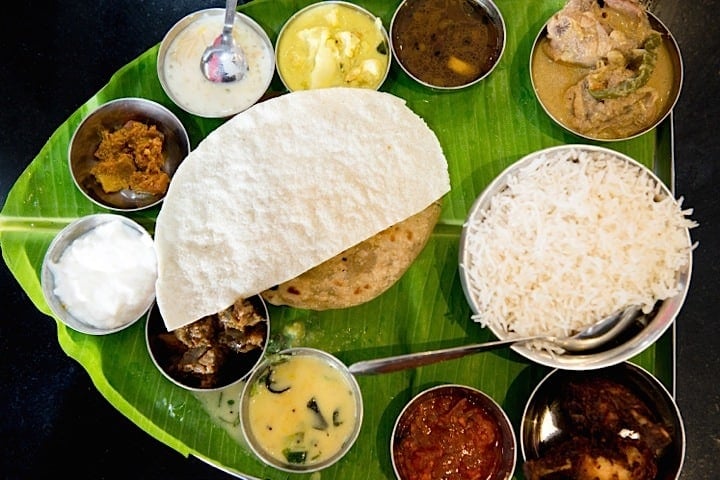 Following our last post on Parisian Indian Chef Sanjee of Bollywood Kitchen when we visited her apartment in the very yummy-mummy 17ème arrondissement, she confirmed her frustration at the lack of good all-round Indian restaurants in the French capital. Despite a multitude of not-so-great restaurants, four spots have managed to hold her attention (and palate). She shares them with us below. 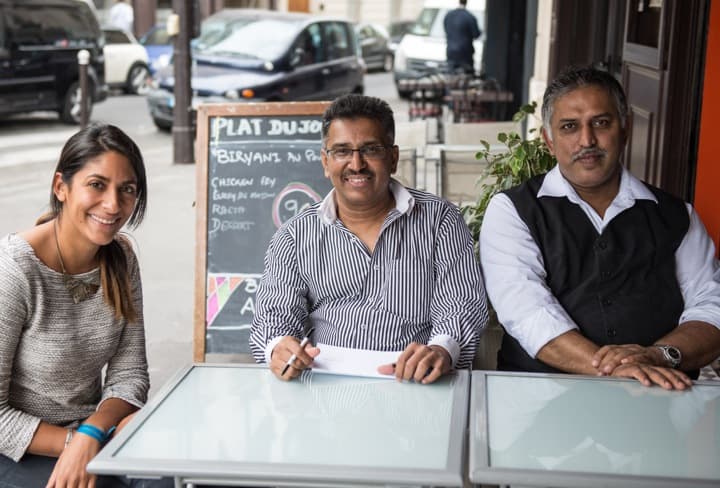 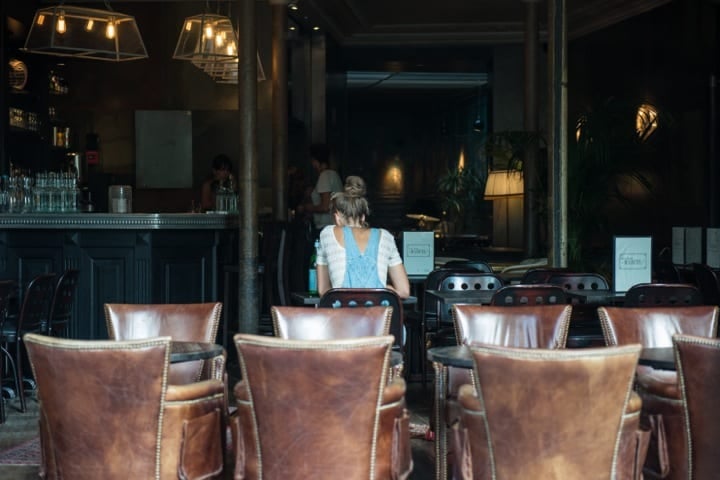 In first place is Nalas Appakadai, located in the Indian neighborhood of La Chapelle in northern Paris. While most restaurants in this area tend to resemble one another, Nalas, which is more of a canteen and doesn’t seem to have broken the bank updating its decor, has top-notch cuisine that comes at great value (about 15 euros for two courses). The Tali meals, where dollops of different curries are dished out atop a serving of rice perched perfectly on a banana leaf, are the best in town according to Sanjee. Nalas also specializes in South Indian food, like idlli, dosai, and appam, which is an upside-down pancake that can be eaten with curry or chocolate sauce and was entirely new to us. 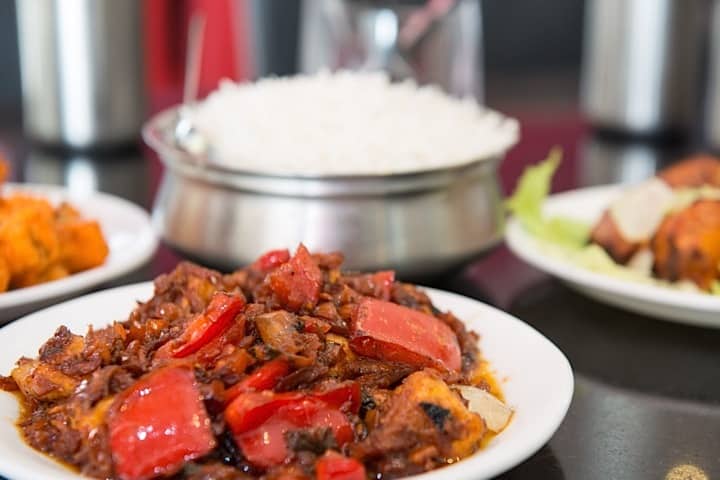 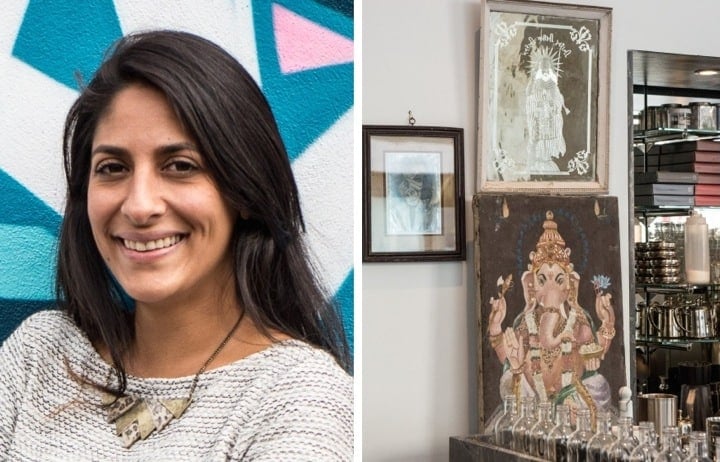 Second on Sanjee’s list is the more upmarket Marcel on the very trendy and bohemian Canal Saint Martin strip. Not to be confused with the French restaurant of the same name in Montmartre, Marcel has views of the canal, sleek décor, comfortable couches, and cosy low lighting, along with discreet Indian touches, like painted portraits that dress the walls. The team at Marcel serves beautifully presented Indian fare that has been slightly adapted to European palates flavor-wise. Notwithstanding that adjustment, the food is extremely tasty and also comes at affordable prices (25 euros for two courses). Marcel gets quite crowded in the evenings, so it’s always a good idea to book a table to avoid a long wait. 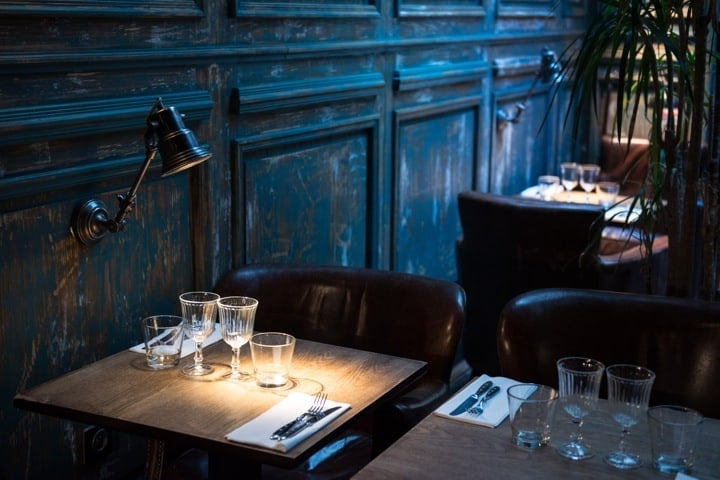 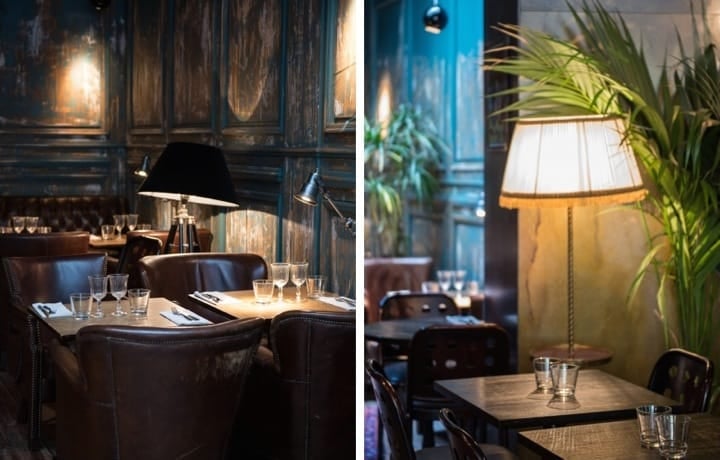 Next up is the dimly-lit Jaipur Café, which is more suitable for an informal dinner than lunch. With its pinkish veiling across the ceiling and reddish walls, it’s a step up from Nalas in the décor department. The food is delicious and reasonably priced (count about 20 euros for two courses). Located on a back street of the 10th arrondissement, the restaurant has a mostly intimate atmosphere that is only slightly diminished by the large flat screen television hanging on the wall in the main space. With muted Bollywood films playing in the background, one could even argue the ambiance is closer to authentic restaurant scenes so often found in the motherland. 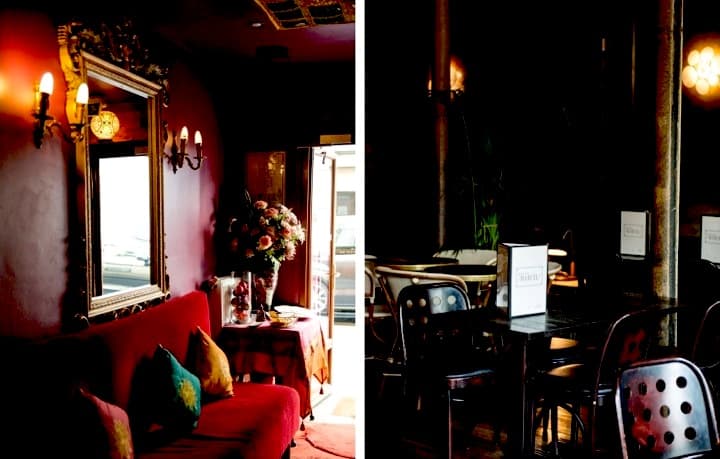 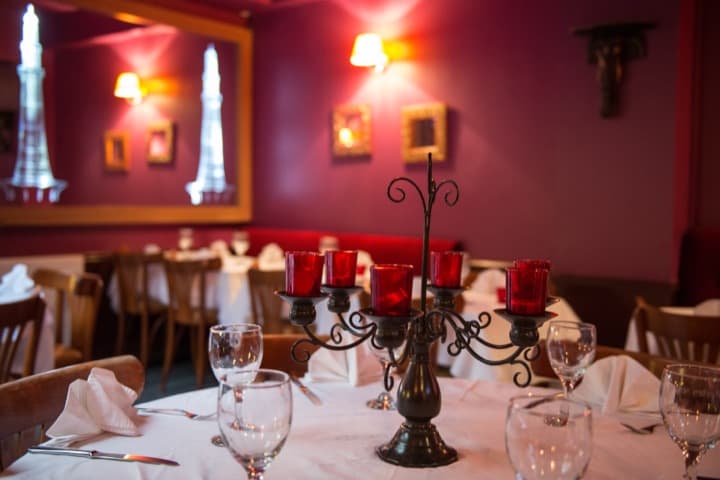 Last but not least is the newly opened and very bobo MG Road in the 3rd arrondissement, named after the venerable Mahatma Gandhi Road, a common address in India. The décor is based on Persian-run Bombay cafés that became a central part of Bombay social life towards the end of the XIX century. Founded by India enthusiast Stéphanie de Saint Simon, it is London chef Manoj Sharma, formerly of Cinnamon Club, who holds the reigns in the kitchen. While the fresh, high-quality fare is very tasty, it is worth noting that the portions could be more generous and the prices more affordable (expect to pay 30 euros for two courses). However, along with Marcel, MG Road is a great place to go on a date, for a meal with friends, or for a more formal occasion. 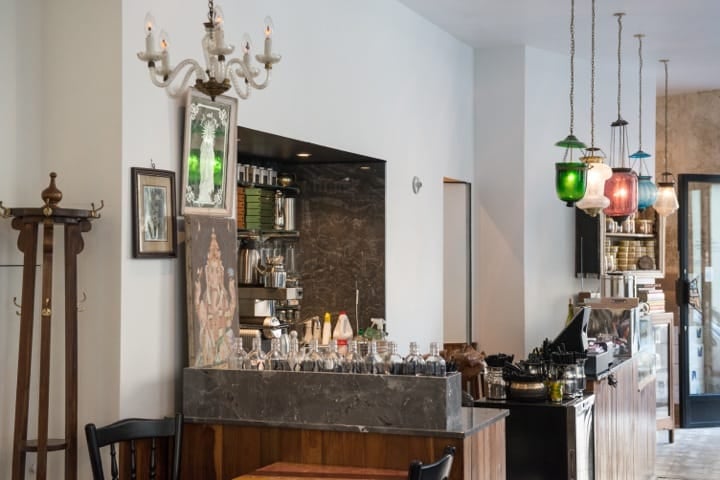 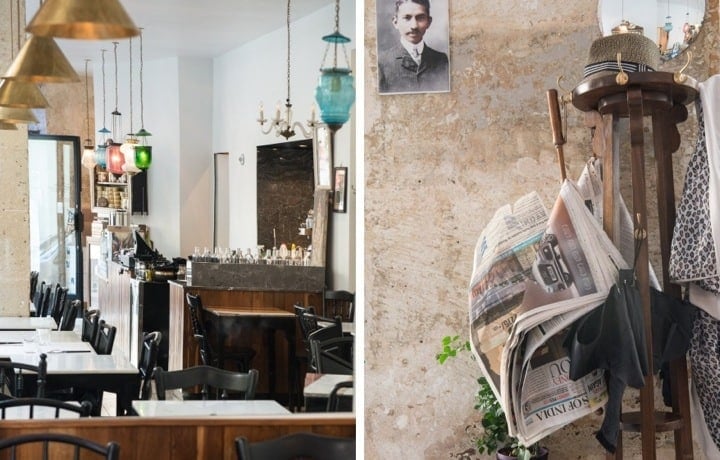 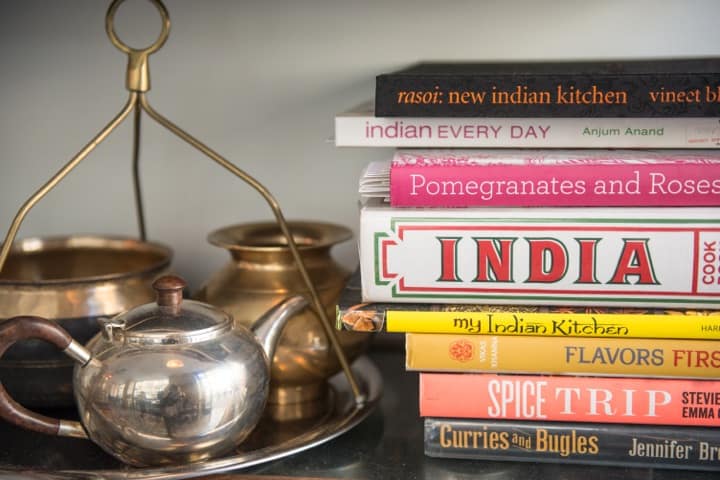 Written by Rooksana Hossenally for the HiP Paris Blog. All images by Palmyre Roigt. Looking for a fabulous vacation rental in Paris, London, Provence, or Tuscany? Check out Haven in Paris.

Hey this was a great insight about indian food in Paris, still i was wondering, if you think Paris still needs more and an innovative concept of indian food in its own gastronomy form?

I will have to have Indian food in Paris next time. I have to try Marcel, I recall walking by it last time. Thanks so much.