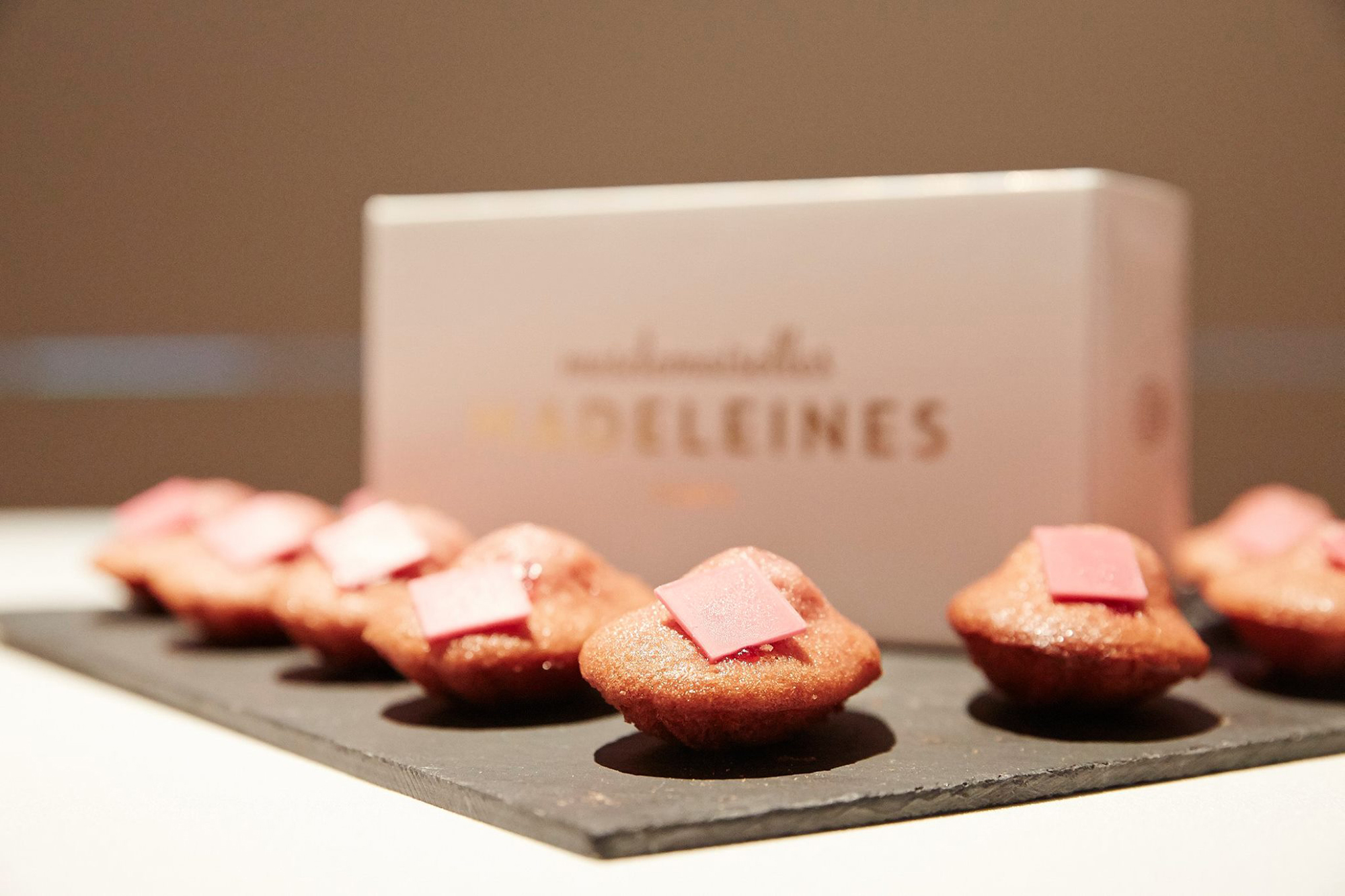 Literature buffs with a sweet tooth should head to South Pigalle and drop by Mesdemoiselles Madeleines, a tiny boutique on rue des Martyrs that only sells gourmet madeleines declined in an international rainbow of flavors like Tahitian vanilla, Moroccan rose, Sicilian pistachio, and Ethiopian coffee.

Realizing that Marcel Proust’s tea-time treat had become a shrink-wrapped, artificially-flavored mass-produced cake in modern-day France, Steve Seremes, a former financial consultant with a penchant for fine food, has set out to make Parisians rediscover this classic indulgence. 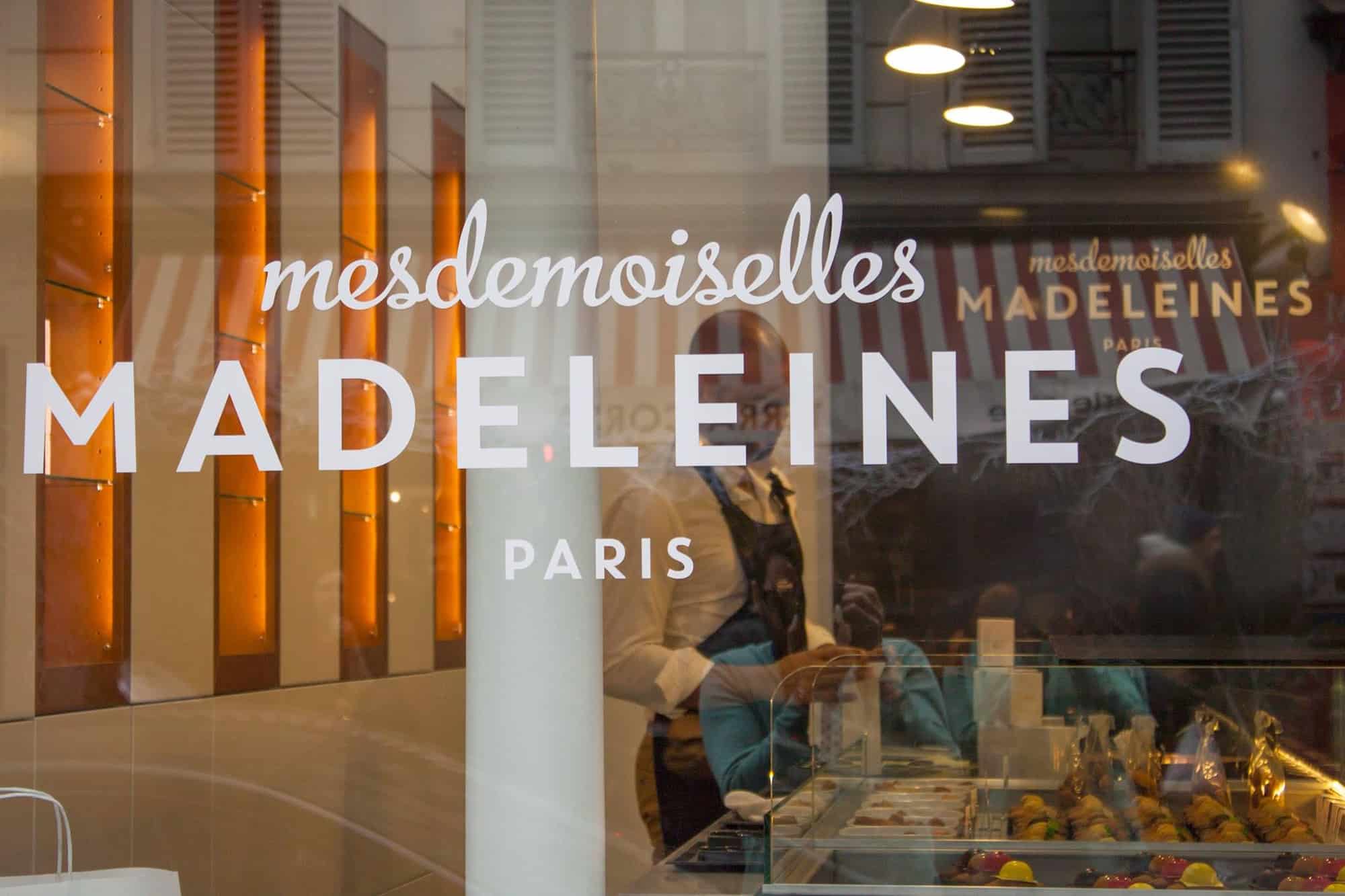 Several legends swirl around the birth of these shell-shaped sponge cakes, which made their first appearance in the middle of the 18th century. They all tend to center around a woman named Madeleine, a cook at the service of a prominent family in Lorraine, whose buttery, plump little cakes became a tea-time staple for many generations of schoolchildren in France. 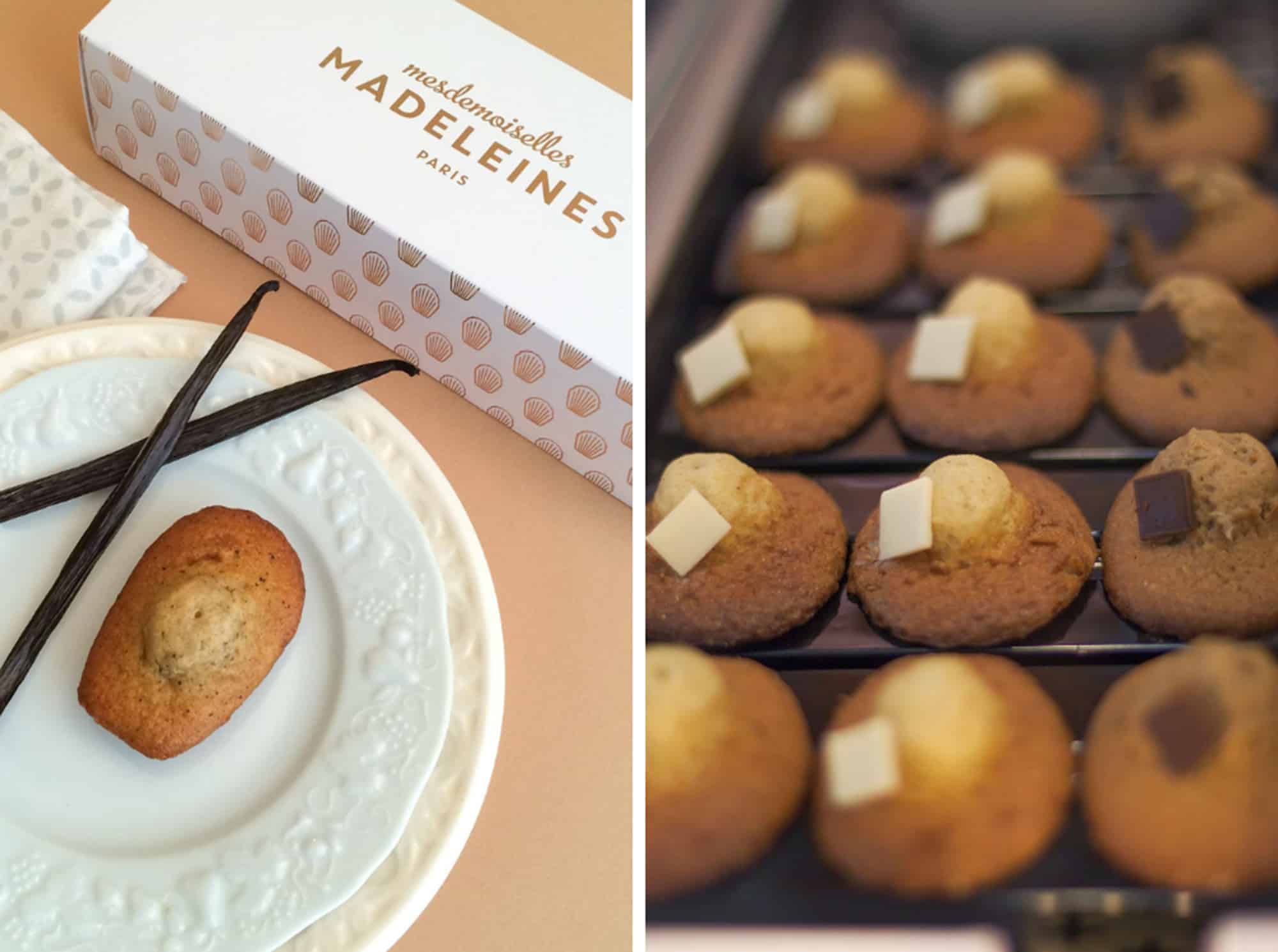 Leaving behind corporate life two years ago, Seremes teamed up with master pastry chef Stéphane Bour to revamp Madeleine’s little delights and give them a 21st-century makeover. The result was twenty madeleines in various flavors, guises, and sizes, each named with a pretty ladylike moniker.

“They are all named after my ex-girlfriends!” Seremes jokes. “To me, madeleines represent something feminine,” he adds. “I wanted to give them a new personality, so I told myself: why not go further and give them a name?” 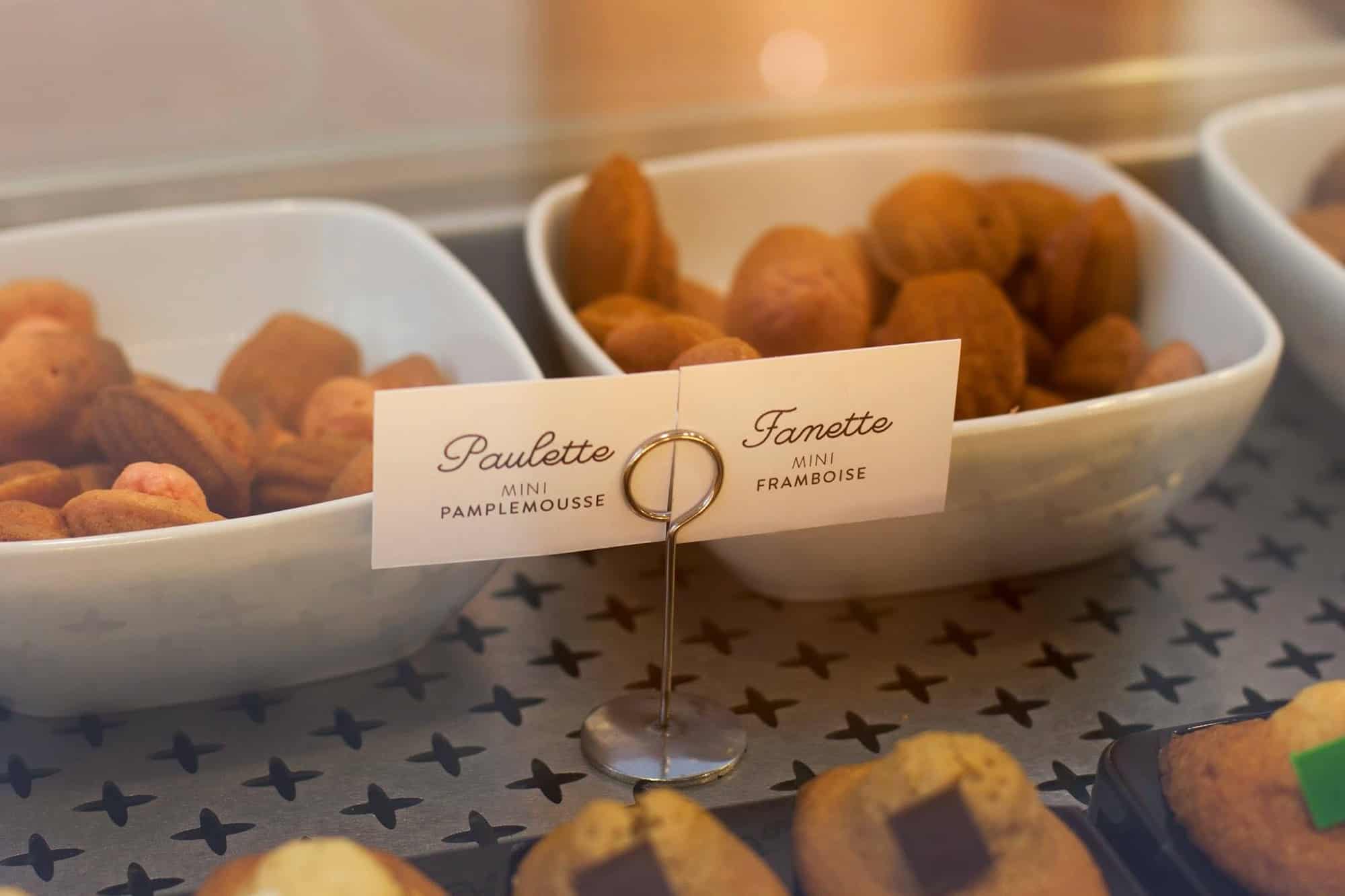 As a result, classic vanilla-flavored Louise was born, along with her lemon-fragranced sister, Blanche. The garnished versions include Ernestine, with a creamy Piedmontese hazelnut filling, and tender-pink Maxine, filled with rose and raspberry crème. Among the four gourmet variants, Clémence is certainly a sophisticated madeleine. Its dome I filled with salted caramel and toasted hazelnuts, which has quickly grabbed the limelight and made Clémence one of the top-selling stars.

The special place that madeleines have in the heart of the French, whether young or old, is underscored by the clientele of Mesdemoiselles Madeleines: they span from a three-year-old who comes to the shop after school to an octuagenarian woman who grew up in the neighborhood.

“My customers are heterogeneous, but they have one thing in common: they are mostly female,” says Seremes. “They come to either treat themselves or to treat someone close.”

The rue des Martyrs address has managed to get on the radar of international visitors, who flock to Seremes’ jewelbox boutique to discover these dainty pleasures for the first time.

Due to space constraints, the madeleines are baked near Rouen, in Normandy, and arrive every two days on rue des Martyrs, where they are kept chilled to maintain their airy texture, since their shelf life is rather short.

Seremes suggests that they shouldn’t be kept longer than four or five days. But it’s unlikely that anyone could resist that long anyway.

Written by Elena Berton for the HiP Paris Blog. All photos by Mesdemoiselles Madeleines. Looking for a fabulous vacation rental in Paris, London, Provence, or Tuscany? Check out Haven in Paris.

Oh boy, they look so good! I’ll put them on the list for my next visit.

I will spend the rest of this day, wishing I could have just one Madeleine ..