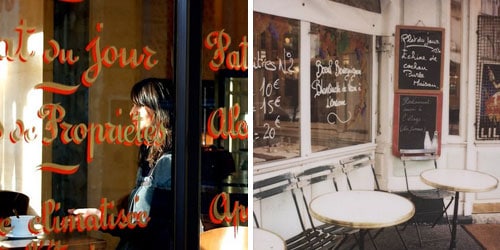 Meg Zimbeck at Girls’ Guide to Paris knows a thing or two about Paris restaurants. Below, she gives us the rundown on the many options available at neo-bistro Chez Michel: an adventurous diner’s paradise. According to LeFooding.com, it’s one of Catherine Deneuve’s favorite eateries. We’re already impressed!

In a city with so many incredible restaurants to try, repeat visits are a sure sign of love. Until this week, I could count on one hand the places to which I’ve returned more than three times: Spring, Frenchie, l’Avant Comptoir, Le Baratin and the crêperie Josselin. Chez Michel, the Breton bistro near Gare du Nord, has just joined the ranks and forced me to open a second hand.

My fourth visit on a frozen December evening was nearly perfect. Having arrived early, I waited for my friend with a glass of Cerdon—a sparkling pink wine that’s rarely seen in restaurants (6 euros). The extra time was devoted to studying both the printed menu and the lengthy chalk-drawn list of specials. 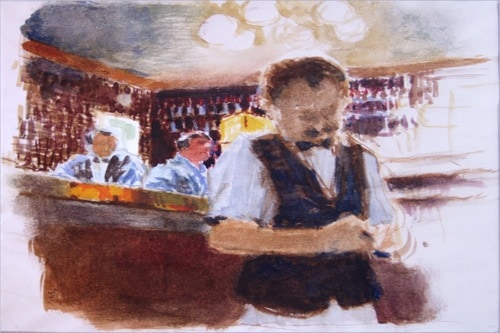 Chez Michel is a single restaurant with many different ways to dine. The foundation of any experience is the prix fixe menu, with three courses for 32 euros. It includes plenty of good pork and seafood options, with eight starters, six mains and seven desserts. You could stick to the plan and be very happy with a good fish soup and a stellar brandade de morue, plus the famous 36-hour Paris-Brest dessert. I don’t know anybody who does this.

Most people fall victim to the Board of Temptation—a dangerous chalkboard full of dishes that can be substituted for an additional price. Such supplements can be found on prix fixe menus all over town, but Chez Michel takes the concept to another level. Instead of offering one or two slightly special ingredients for a modest 4–5 euro supplement, Chez Michel has a board filled with at least 25 incredibly special dishes with supplements ranging from 5 to 120 euros. The vast majority are dishes rarely seen anywhere else, which makes it very easy to stray from the prix fixe.

My meal was a fairly typical mix of moderation and splurge. I stuck to the menu for my starter and loved the aigre-doux de choux rouge au lard rôti—sweet and sour cabbage with a fat slice of smoky bacon. I struck out with the main and ordered sea scallops for a 10 euro supplement. Served in the shell with algae butter and a celery root puree, they were both comforting and refined. I also picked up an 8 euro surcharge for my dessert—a creamy Vacherin Mont d’Or cheese, sized for two and served warm inside its wooden box, to be eaten with a spoon. With the Cerdon, my half of one very reasonable bottle of wine (a Cheverny Villemade for 26 euros) and un petit calvados to finish (3 euros), my bill came to 64 euros—exactly double the price of the prix fixe. 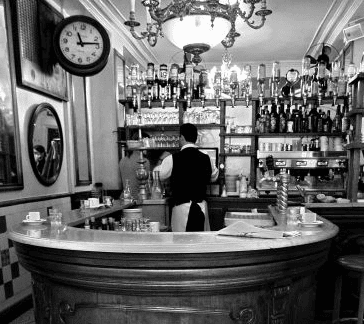 Now let’s talk about the guy next to me. A small-framed older gentleman, he arrived alone but was well known to the staff. I almost gasped when his starter arrived—the tartine of foie gras topped with a mountain of shaved truffles was almost the size of my forearm (supplement: 26 euros). He polished it off quickly, washing down the luxury snack with sips of artisanal beer. What arrived next was something I’d read about but never seen—a bowl full of tiny and rare baby eels called civelles (supplement: 60 euros). He then went on to eat a mountain of biche (female deer, supplement: 25 euros) for his main dish, to be followed by dessert. It was one of the most impressive dining performances I’ve ever seen.

Like I said: a single restaurant but with many different ways to dine. A moderate eater can be perfectly happy with the standard three-course 32 euro menu. A gastronomic god disguised as a grandpa can splurge on rare and expensive treats and spend more than 160 euros. Most people end up somewhere in the middle, and most everyone leaves happy. Those who are less pleased tend to be English-only tourists who don’t understand the concept (a 32 euro minimum with three obligatory courses) or become frustrated when the staff fail to properly translate the long list of changing and obscure ingredients. Those who are less fluent should bring a dictionary and a sense of adventure.

In a nutshell: Come to Chez Michel for classic Breton fare—heavy on both seafood and pork dishes—and well-sourced luxuries available as a supplement to the 32 euro menu. The long list of (25+) specials has plenty to tempt the adventurous foodie, including an excellent selection of wild game during the season. Grandmotherly decor with friendly service, steps away from Gare du Nord.

Meg Zimbeck is a Paris-based freelance food and travel writer who contributes to Girls’ Guide to Paris.

I have been here two times already and it was wonderful. Meg’s article is right on. Gotta overlook the decor, and move on to the food. The spot is a little out of the way, but so worth it. Bon appetit everyone. – Erica