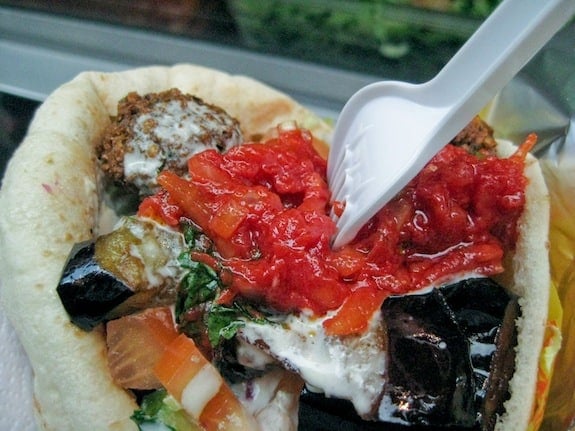 France is the land where food dreams come true—all HiP readers know that by now. But for those of us lucky enough to spend extended periods in Paris, there comes a moment (astonishing as it may sound) when both the body and the palette reach butter overload, and the arteries cry out to be spared the cheese course… please, just this once.

On these occasions, Paris provides a wealth of non-French food options that—if you’re not careful—can easily become addictions in and of themselves. Last time I left New York for Paris, a friend sent me off with explicit instructions to eat a fallafel for him. And when I got sick during the same trip, I secretly loved turning my attention to spicy Asian soups for the better part of a week.

So next time your taste buds start craving variety (or your children balk at the sight of escargots), consider venturing into new culinary territory. Don’t worry; it’s not gastronomic sacrilege—unless you go to McDonald’s.

Here are our top six non-French food obsessions in Paris:

1. Falafel. The Marais’ Rue des Rosiers is famous for its warring falafel purveyors. L’As du Falafel (34, rue des Rosiers, 3eme. Métro: St. Paul) has long reigned supreme, perhaps due to the attention it has gotten from the New York Times, but the place directly across from it is not too shabby, and there a number of nearby spots worth sampling as well. The jury’s still out on this one. 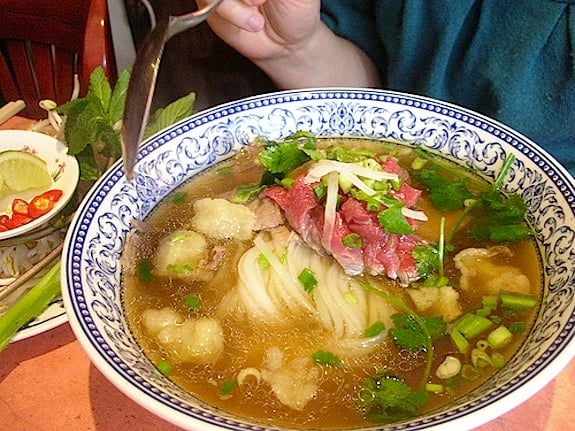 3. Burgers. Sometimes, even the most die-hard francophile needs a burger. And in fact, French people like them too. There are are a variety of upscale versions to be sampled, but for a basic burger done right, we recommend Canadian bar The Moose (16 rue des Quatre-Vents, 6eme. Métro: Odéon) and hipster hangout Delaville Cafe (34, Boulevard de Bonne Nouvelle, 10eme. Métro: Bonne Nouvelle).

4. Ramen. When Paris’ gray drizzle begins to get you down, seek comfort in a steaming bowl of ramen. The neighborhood that provides the most options is that around rue Sainte-Anne in the 2nd arrondissement (Métro: Pyramides). Sapporo Ramen 2 (37, rue Sainte-Anne) is a reliable spot, and udon-lovers swear by Kunitoraya (39, rue Sainte-Anne), or you can stake out your own undiscovered spot. 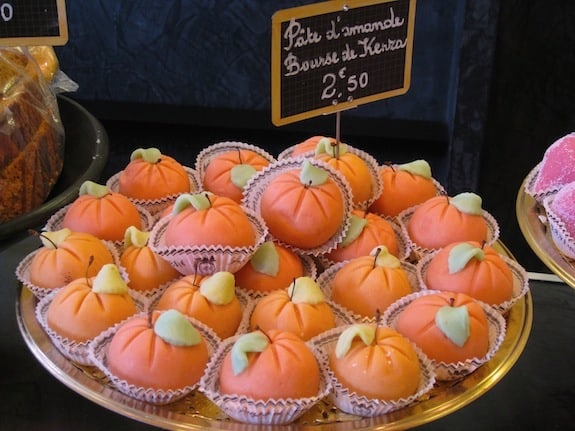 5. Algerian pastries. On the sweeter side of things, look no further than the North African influence that pervades many Parisian neighborhoods—and menus. Desserts from this region tend to be infused with honey, pistachios and almonds and are decadent while still providing a break from creamy-buttery Parisian dessert varieties. La Bague de Kenza is Paris’ most prominent bakery of this nature, with its flagship in the 11th (106,  Rue Saint-Maur, 11eme. Métro: Parmentier) and a sleek new outpost in the Marais (70, Rue de Turbigo, 3eme. Métro: Temple).

6. Au P’tit Grec. I can’t believe I’m giving this one away, but my secrets are your secrets. Plus, it’s not really a secret to the hundreds of students and Latin Quarter dwellers who count on this place to provide cheap, huge Greek-style galettes late into the night. They’re like crepes, but are made with buckwheat batter and overflow with eggplant, feta, caramelized onions, roasted red peppers and any number of other fresh ingredients. An essential stop on your Latin Quarter tour (66, rue Mouffetard, 5eme. Métro: Place Monge).

Bon appetit! Hear what these other bloggers had to say about non-French food in Paris: 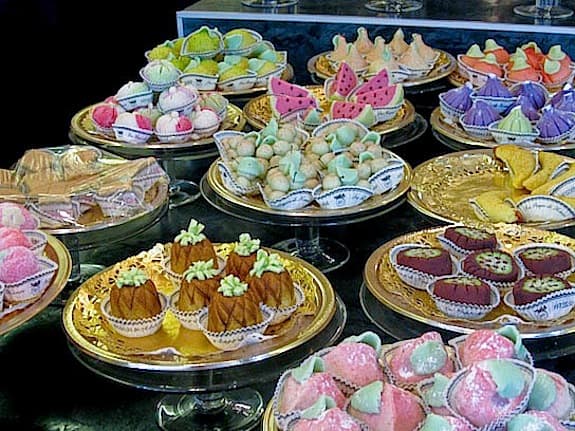 You’re welcome!
Love your blog by the way, I now have started to follow it through Bloglovin!

Hi Ferferi, I’ve actually never tried Chez Marianne! Will have to go when I’m in Paris in May. Thanks for the tip. Tory

I too have recommended le P’tit Grec on my Paris blog and I too couldn’t believe I gave it away. It sure is the best creperie in Paris. L’As is though one of the places I usually warn people about, Chez Mariannes is much better in my opinion, don’t you think? I have to try the others on the list. Did you try Tin Tin, also on Louis Bonnet? I wrote about it a couple of posts ago.

Oh, HiP Paris blog, I forgot to say … It all went to my hips!

I want it all! I think I gained 5 lbs. just looking at the pictures. Great review of these delights…