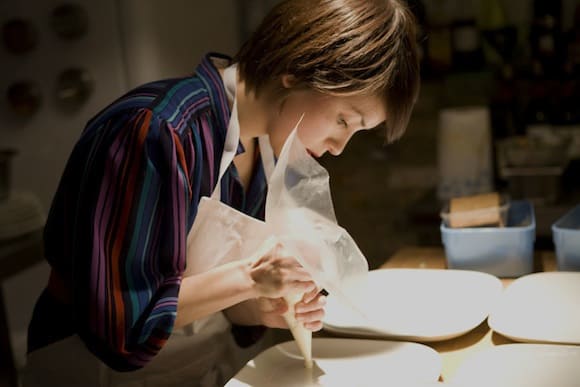 As the savory macarons (half of them, cream cheese and wasabi; half green olive tapenade) were passed around the 12th arrondissement apartment, the talk inevitably turned to food. It was a Thursday night, and I was at Rachel Khoo’s Mash Up soirée, an 80s-inspired, five-course dinner party organized through MyPrivateDinner.com, a site that coordinates tastings, workshops and other food-centric events. Rachel, a British cookbook author, class instructor and damn good chef, along with all us foreigners (plus a few locals) in attendance were self-defined foodies, so the night was filled with many edible adventures.

By the second course (a two-toned tartiflette of root veggies, roquette and copious amounts of Reblochon, which came on the heels of, wait for it, edible pacman with pâté powerballs), I was deep in conversation with Kimberley McLoughlin, an Aussie who just launched RedVisitor.com. While her site focuses on international travel, she’s also a restaurant devotée and knows the best eateries in the top culinary cities around the world. Clearly, I realized as I sipped my Tom Cruise-inspired Cocktail, I’m not the only expat in Paris who’s just a wee bit obsessed with food and eating and dinner parties and new restaurants and food porn and sweets and cooking classes and market tours and….are we full yet?? 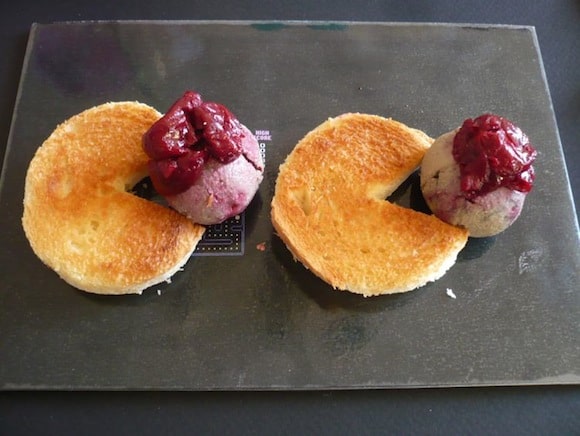 In a word, non. Just a few nights before Rachel’s dinner, ParisbyMouth.com, a site dedicated to nothing other than food and eating in Paris, officially launched with a grand fete at American chef Daniel Rose’s Spring Boutique. The guest list read like a who’s who of Paris foodies: Meg Zimbeck and Barbra Austin, cofounders and restaurant reviewers; Clotilde Dusoulier and David Leibovitz, Paris’ most celebrated bloggers-turned-published writers, along with dozens of other expat bloggers; Laura and Braden of Hidden Kitchen; Elisabeth Fourmont of La Coquette… it was such a celebrated soirée, any foreigner worth her (Malden sea) salt was there (except, um, me…).

But Paris by Mouth isn’t the only new address in town making me salivate. Yelp.com, the community site of individuals sharing personal views and reviews of restaurants, bars, bakeries and other edible entities, has reached this side of the Atlantic, choosing Paris as its first non-English market to enter. And, heading the venture is none other than Zeva Bellel, the Brooklynite-turned-Parisian who proved her insider chops with her own business, Paris By Appointment Only. 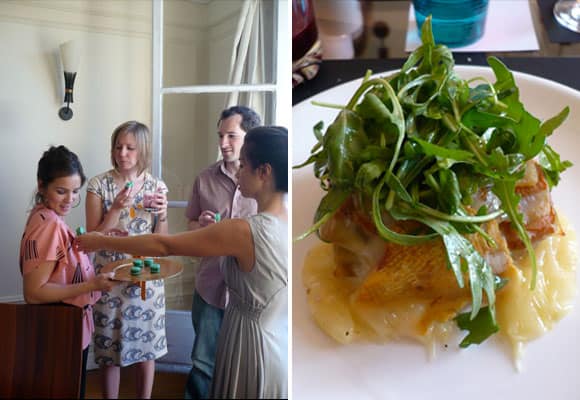 At least I’ve learned that when you’re hungry enough to sample the deliciousness everyone is blogging about, there’s always a special culinary event or two to attend, if you know where to look. In the case of Le Fooding’s events, however, you have to have a quick trigger finger (online tickets, I sadly learned, sell out tres vite). In May, an impressive roster of Parisian chefs—from the Bristol’s Eric Frechon to Rino’s Giovanni Passerini to Frenchie’s Grégory Marchand—helmed a series of Sunday soirées at Hotel Particulier for the 10th anniversary of Le Fooding. Since I missed every one of them, I’m hoping to have more luck with the upcoming July 2 Festival, a “convenience store” themed event of cocktails, cheeses, charcuterie, macarons and more.

If not, I’ll take comfort in sweets (as I’m wont to do). On July 4, Little Miss Cupcake is gathering the troops— Berko, Synie’s Cupcakes, Chloé S, Cupcakes & Co., and Little Miss Cupcake, bien sur—for Cupcake Camp, a fun festival of tasting and comparing cupcakes as they compete for such dubious titles as “Most Patriotic Cupcake” and “Cupcake with the Most Unusual Ingredient”. The most delicious bit is that the event’s proceeds will go to Rebuilding Haiti Now, which provides relief for Haiti’s earthquake victims. Cheers to that.

Written by Amy Thomas for the HiP Paris Blog. Looking for a fabulous vacation rental in Paris, Provence, or Tuscany? Check out Haven in Paris.

So jealous! What a blast!