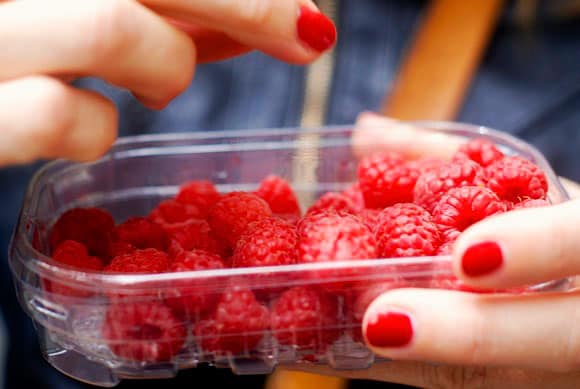 Being vegetarian anywhere requires extra effort and planning when it comes to dining out. Being a vegetarian in a place that eats pigeon, adores offal, and extols a head to tail philosophy (that is, Paris) requires Napoleonic strategizing.

At least it used to. In recent years, the dining scene in the City of Light has been opening up to alternative styles and menus, making it easier than ever to go veg (although you can still expect the occasional eye-roll from a waiter who simply doesn’t understand les végétariens). But whether you chalk it up to Anglo and ethnic infiltration, acceptance of new ingredients and spices, or simple ennui with traditional French cooking, it’s a great time to embrace your inner green goddess and take this meat-eating city by storm. Here are four delicious strategies to help. 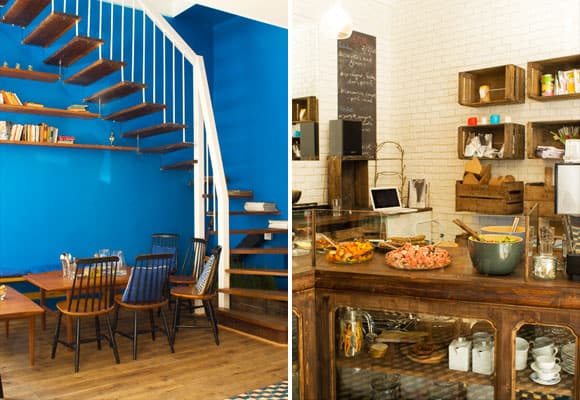 Merce and the Muse (Julien Hausherr)

When Rose Carrarini (who’s British) and her French husband Jean-Charles opened Rose Bakery in 2002, their focus on fresh market salads—think: grilled tofu and tomatoes, and artichokes mixed with millet and chickpeas—was shockingly different from the staple of steak frites that many Parisians ate for lunch. Ten years and two additional outposts later, it’s hard to imagine Paris without Rose’s organic market salads, fresh quiches and famous carrot and pound cakes.

Similarly, when Marc Grossman opened Bob’s Juice Bar in 2006, the smoothies and bagel sandwiches the native New Yorker served up were wildly novel. Since then Grossman has not only spawned another café, Bob’s Kitchen, which serves additional goodies like pancakes and muesli, but a whole wave of casual cantines have followed suit. Hypercool concept stores Merci and Colette both have veg-friendly subterranean eateries; take-out lunch spots like Lemoni and Cojean always offer beautiful soups, sandwiches and salads; and lovely little cafes and bakeries such as SuperNature, Merce and the Muse, Tartes Kluger and Bread and Roses all offer outstanding veg fare. 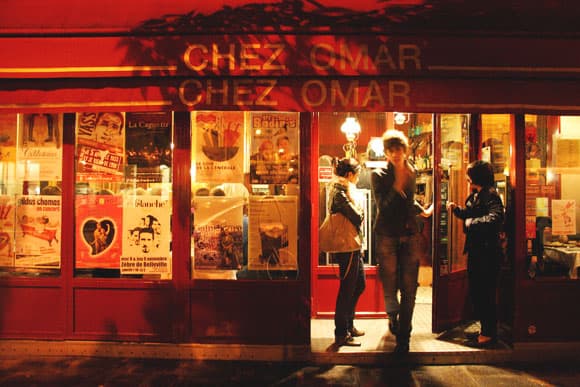 Another way to sate yourself without a bite of bifteck is by taking advantage of Paris’ ethnic restaurants. In the first arrondissement, Rue Saint-Anne is an oasis of Japanese dining options including hearty udon soups (try Kunitoraya or Higuma) and “okonomiyaki,” Japanese pancakes made of flour, grated yam, water or dashi, eggs and shredded cabbage. Or you can get stuffed on Indian lentils and curries (Saravanna Bhavan, Krishna Bhavan) and Moroccan couscous and tagines (Chez Omar). Decent pizza (Pizza Chic, La Briciola), and Italian (Caffe dei Cioppi, Olio Pane Vino) abounds and, with last year’s arrival of Candelaria, Mexican is firmly on the ethnic eating map of Paris. 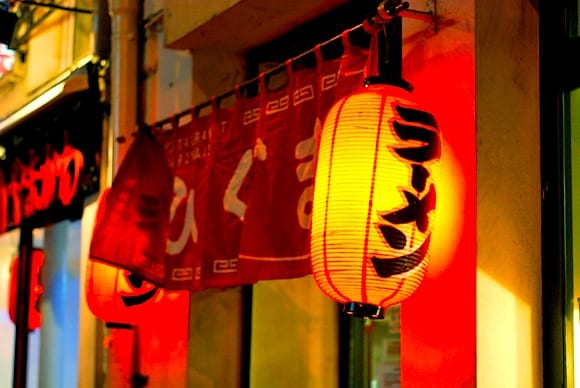 Since one of the great allures of Paris is its culinary heritage, it’s a shame not to make it to a neighborhood bistro, brasserie or café for a French classic. And while I’ve never heard anyone complain about a nice chevre chaud salad, accompanied by incomparable baguette and maybe a side of frites, such a meal becomes predictable and defeats the whole purpose and delight of eating out in Paris.

The trick is to call ahead to a restaurant and alert the chef that a vegetarian will be dining there. So long as they have the advance notice and proper ingredients, most chefs are all too happy to flex their kitchen prowess. Rino and La Gazetta are two great options to begin. 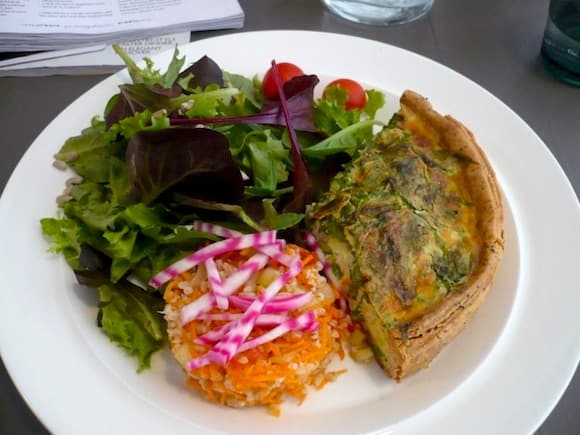 Of course one of the biggest pleasures in Paris is going to the outdoor markets, where any self-respecting vegetarian will be beside herself. Everything from the apples and figs to asparagus and salsify will leave you wondering why all the other produce you’ve ever eaten in your life doesn’t taste as delicious.

And then there’s the dairy. Eating yogurt, eggs and cheese in Paris is revelatory because they’re so much purer and more flavorful than the industrialized, pasteurized versions we’re used to in the States. Grab some fresh fruit, a hunk of cheese and a baguette from the boulangerie, and don’t forget the chocolate, and even the most ardent omnivore would agree: you’ve got yourself one of the most divinely created meals on earth. 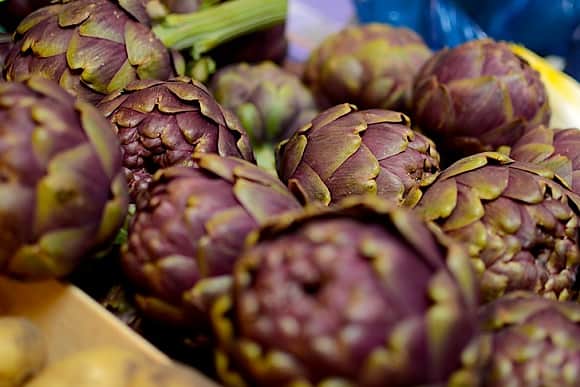 Written by Amy Thomas for the HiP Paris Blog. Looking for a fabulous vacation rental in London, Paris, Provence, or Tuscany? Check out Haven in Paris.

Thank you! I’m a vegan and traveling to France next month on a honeymoon! I will definitely check this place out, thanks!

Great advice, Amy! I’m a vegetarian in Paris, and with a bit of strategic planning, like you explain, eating well here is absolutely possible.

I thought being a vegetarian in Paris would be difficult but it was actually quite easy! Near my apartment in the 3rd, vegetarian food was so readily available — Rose Bakery, Chez Omar, Cococook, Bob’s Kitchen, Candelaria, Tartes Kluger, and Sushi Shop were some of my favorites. There’s a stand in le Marché des Enfants Rouges on rue de Bretagne that serves a great vegetarian crepe filled with fresh greens, avocado, and creamy goat cheese, drizzled with honey. For a phenomenal 3 course French vegetarian meal, I loved L’Homme Tranquille, a charming little restaurant in Montmarte. Or you can always enjoy a dinner of a crusty baguette and cheese or a crepe with Nutella, like I often did 🙂

This all looks delicious. I can’t wait to go to Chez Omar!

What a great write up on eating veg in Paris! I loved this line: “Being a vegetarian in a place that eats pigeon, adores offal, and extols a head to tail philosophy (that is, Paris) requires Napoleonic strategizing.”

Very true, lol. Now, take the dairy and anything with gluten in it out of the picture and you’ve got my diet (how I need to eat based on food allergies as well as ethical choices). It is not easy, but I am finding it can be possible, and Amy’s suggestions are key to eating well in Paris when on a restricted diet, by choice or otherwise.

Thank you, Haven in Paris, for sharing this write-up by Amy!

You can also find a list of veggie and vegfriendly restaurants in Paris (and all over the world) on http://www.happycow.com.

Nice set of addresses – thanks:)

I always found the best soups, salads and pastas all over Paris.
Of course, sometimes the memory of the chocolate stands out more than , say , dinner at Thoumieux 🙂

I’m a French vegetarian living in London, thank you so much for these useful tips !