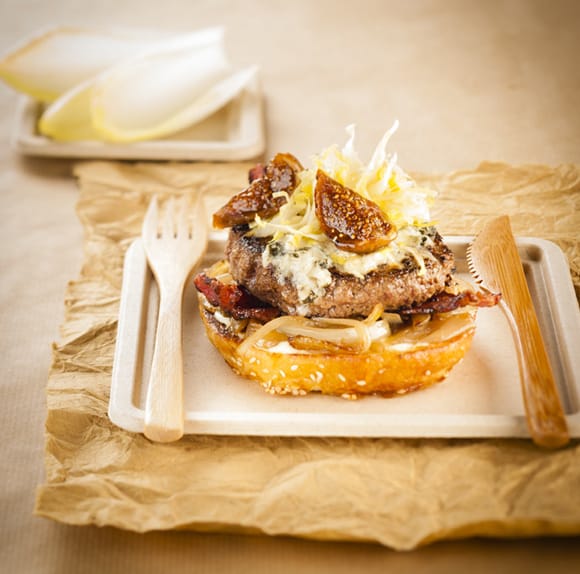 Chef Kristin Frederick’s Le Camion Qui Fume was first in line in the recent food truck brigade to hit Paris. And Paris has not had enough. 2-hour waits, sold out services and tv spots, she has blown up into a local food celebrity. So what is next for Paris’ most in-demand Californienne? Frederick’s new cookbook ‘Les Burgers du Camion Qui fume’ is taking her authentic American burgers from the streets into the comfort of home, minus the two-hour wait. 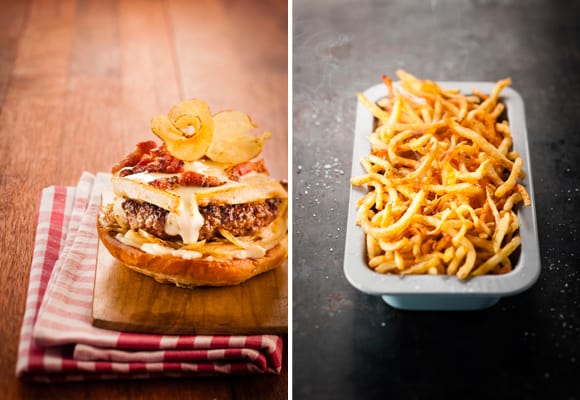 Le Camion Qui Fume has been a tremendous success since it dished up its first burger this time last year. It has turned the Capital of Gastronomy upside down by questioning the approachability of good food in a culture still dependent on a fork and knife. Kristin is still surprised by the enormous — and instant — success of her little-Camion-that-could, “It has never ceased to amaze me. People not only come out, but come back again and again. In the summer, in the winter, in the rain. In all seasons.” Before Le Camion Qui Fume, burgers in France were an afterthought, limited to Big Macs and regrettable 18 € bistro burgers. “For me, a burger is a blank palette with a lot of possibilities“, Kristin told me. 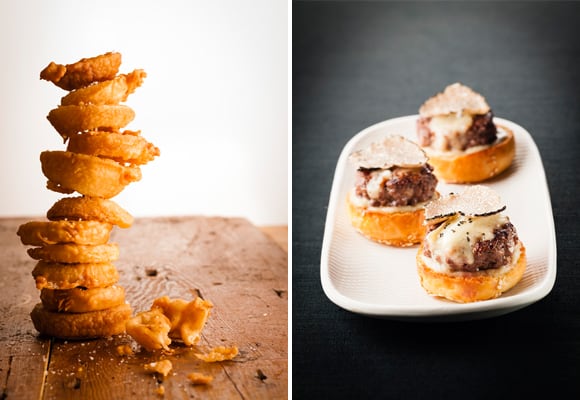 “For some people, a burger is something you have at a restaurant, 2 pieces of industrial bread, meat, and cheese. In restaurants, they use good quality products, but they never step out of their comfort zones.” Kristin treats her burgers with the same farm-to-table mentality as her culinary contemporaries by grinding her own fatty mix of meat, developing her buttery sesame seed bun recipe with a local boulanger, and using high-quality, seasonal ingredients from the marché. The final product is an elevated taste of home.

With a diploma from l’Ecole Supérieure de Cuisine Française Ferrandi, ‘Les Burgers du Camion qui fume’ is certainly a blank canvas for Kristin’s creativity. With 30 different burger recipes (some samples include pumpkin, bacon, and parmesan; endive, fig, and Roquefort; and a beef tartare benedict canapé), Kristin irreverently dares to French-ify the humble cheeseburger. “My favorite is the tartiflette burger. I just love that we went there. Why not? ” Much like Frederick, I have lived in France long enough to testify that tout est bon avec du reblochon. (Translation: everything tastes better with reblochon cheese.) 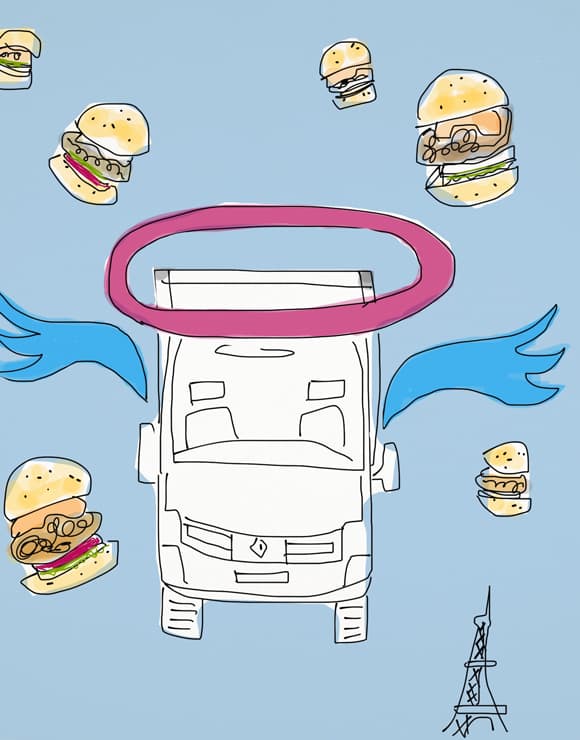 Frederick also introduces France to lesser-known American fare. The book includes a lobster roll, chili cheese fries, and — a rarity in France — a recipe for a killer beet and lentil veggie burger. And with sumptuous photos by David Bonnier and food styling by yours truly, ‘Les Burgers du Camion qui fume’ will inspire either a trip to the butcher or to Le Camion Qui Fume itself.

So what is next for Paris’ burger queen? “We are launching a second camion soon, in December or January. But in the future, we hope to have more trucks in Paris, outside of Paris, and all over France. There is serious demand for quality food to-go.”

Written by Jessie Kanelos for the HiP Paris Blog. All photos by David Bonnier, illustration by Jessie Kanelos. Looking for a fabulous vacation rental in Paris, London, Provence, or Tuscany? Check out Haven in Paris.

I have been on the hunt for this since moving to Paris. I have yet to try it and I am going insane. I am going to try to go tonight so fingers crossed I finally get to taste it. Thanks for the post!!

This is so fabulous, that grub looks to die for! Great job, Jessie! Can’t wait to get one of the books.

Lovely photos and food styling — they really capture the essence of the truck, casual but with the best quality ingredients. And that photo of the teetering onion rings makes me want to reach in a snatch one before it collapses! Congrats to all!

Delicious! I need to check them out soon! I still haven’t made it!

2 months in Paris this year and I missed Le Camion Qui Fume? Quel dommage!! Love the blog and am new follower.

So happy you found us!

Found this post on the editor’s choice section of the NuffnangX app.

And now I’m drooling over those scrumptious looking burgers. They look amazing! I bet they taste even better than they look 🙂