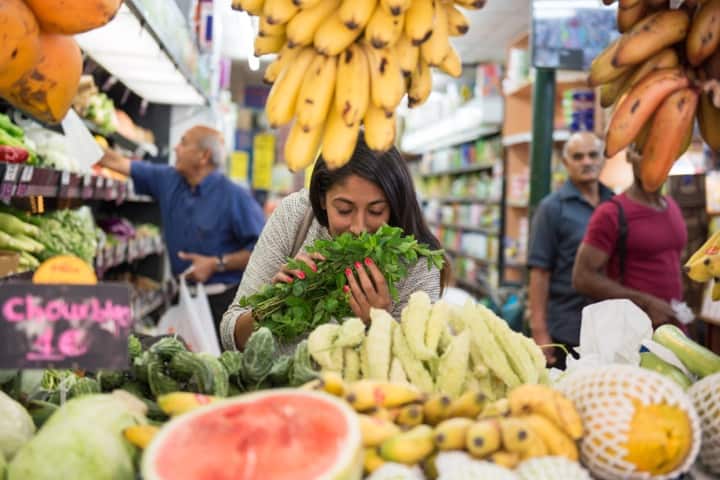 Sanjee shops for the perfect ingredients

Paris might be fully deserving of its title as one of the culinary capitals of the world, but one thing that’s lacking on its food scene is good, reasonably priced Indian food in pleasant surroundings. 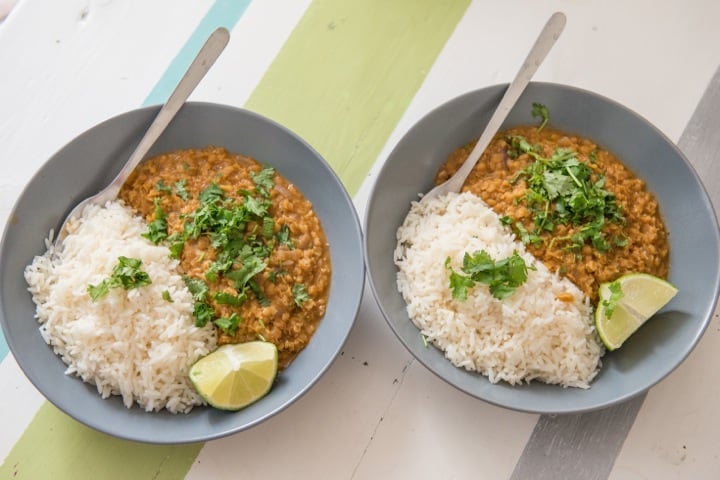 The hole in the market is one of the reasons Sanjee, the upbeat 34-year-old Paris-born Indian Chef, foodie extreme, and mother decided to launch Bollywood Kitchen, an Indian food blog and catering business. 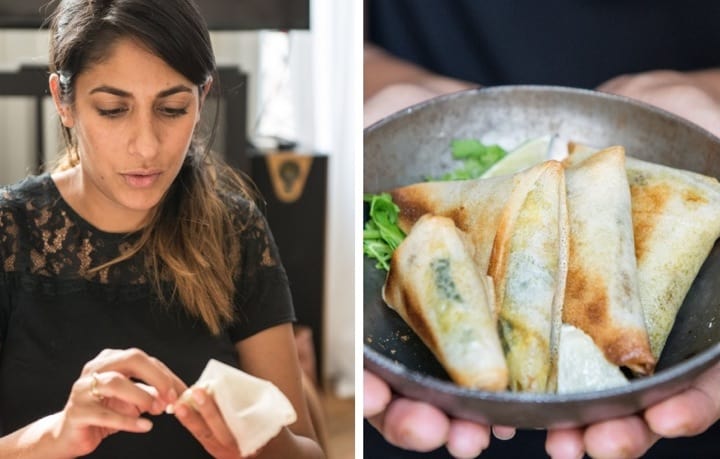 A hit since she started the business in 2011, Sanjee has been invited on many TV programs and has been featured in countless magazines, earning her the “showbiz chef” reputation. 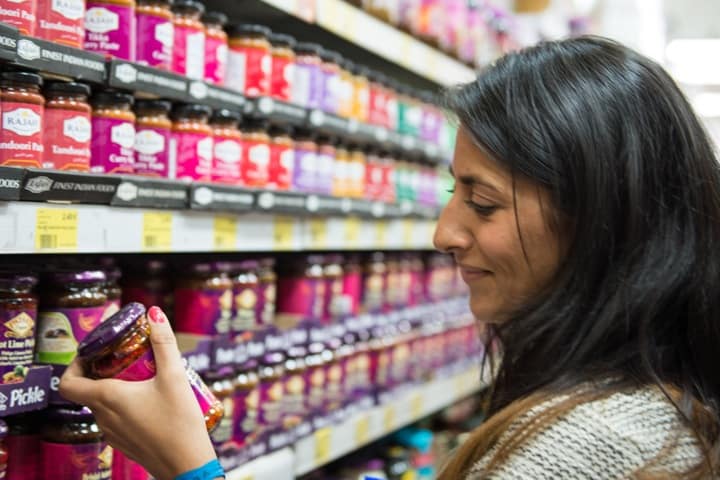 “I wanted to get closer to my roots and to express myself by doing something manual,” she explained when I visited her in her 17ème arrondissement apartment. Sanjee had a bright career as a fashion buyer at quintessential French retail brand Cacharel, but when her contract came to an end, she seized the opportunity to do what she’d always wanted. 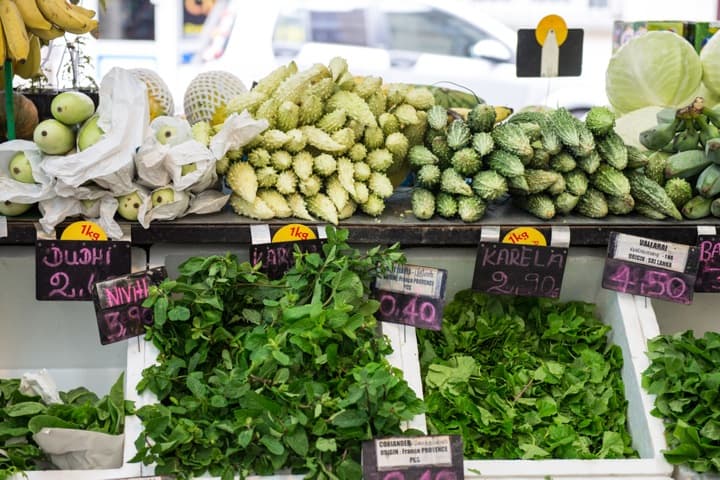 “I have always loved cooking, not just Indian food but all sorts, and everyone who’s tasted my food has always been very encouraging about me working in the culinary field.” Sanjee started out with a blog because she really wanted to share her recipes. 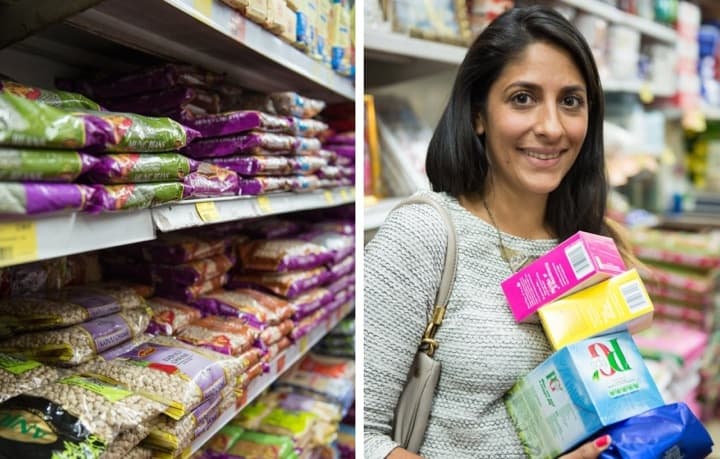 “I absolutely love to cook, even three years down the line, and although I cook traditional Indian food, the focal point of Bollywood Kitchen is to create new recipes for innovative Indian cuisine – that’s why people contact me for film launches and private events.” 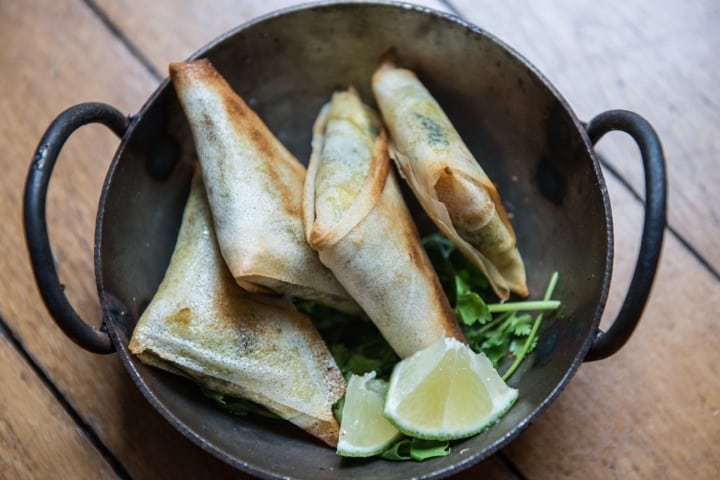 In fact, Sanjee’s showbiz credentials have lead her to create the recipe booklet that comes with the DVD for Indian film The Lunchbox, which launched last year in France, as well as handle the catering for the launch party for feature film The Hundred-Foot Journey, released last September. She’s also posed in Elle India and French Glamour. 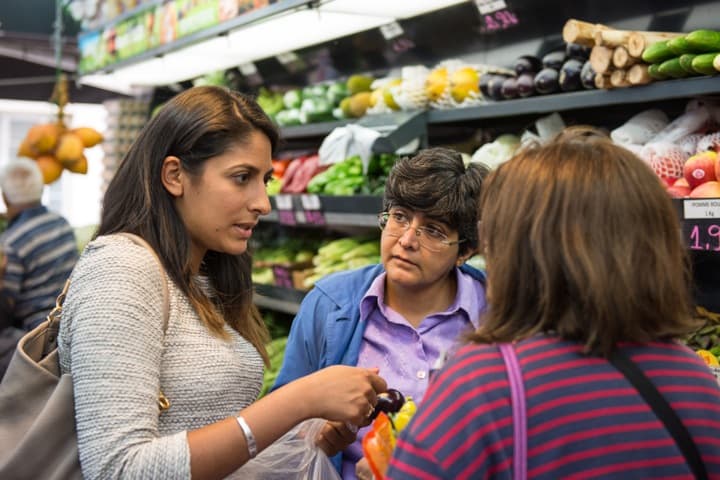 Sanjee was born in the Paris suburbs and her parents from a small Indian community in Madagascar. The chef visited India to better understand the culture of the motherland, sharing, “Going to India taught me a fundamental part of Indian food culture: there are no boundaries. 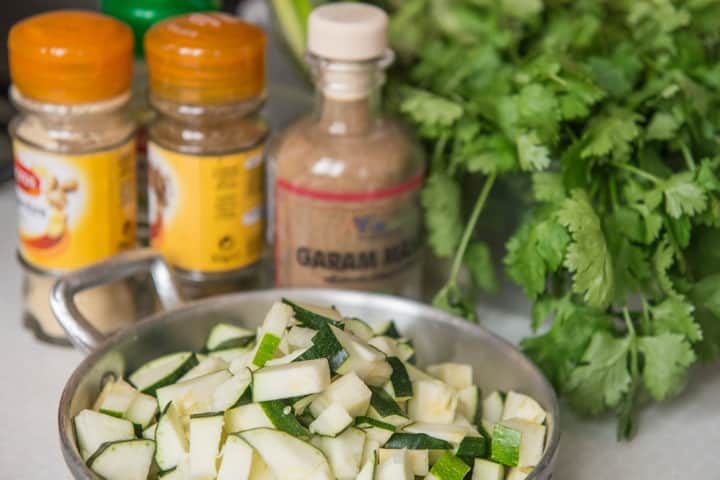 People eat anything, anytime, anywhere. And I love this lack of rules. In France for example, we tend to have a certain type of food for breakfast, which we have at a certain time. It’s so much freer in Indian culture – it inspires me when I create new recipes.” 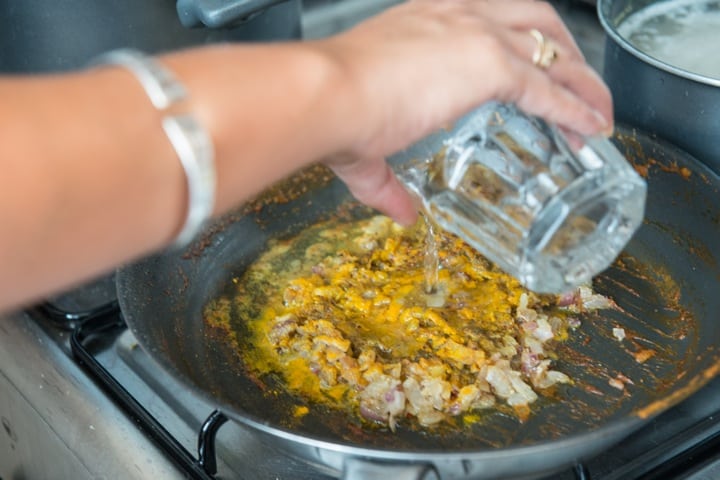 Readers should keep their eyes peeled for our follow-up post on Sanjee’s recommended Indian restaurants in Paris. In the meantime, to satisfy Indian foodie urges, Sanjee has contributed one of her top recipes for coral lentil dahl below. Fans of Indian food can find more recipes on the Bollywood Kitchen blog as well as in her cookbook (Fleurus Editions, French only), which will be published in February 2015. 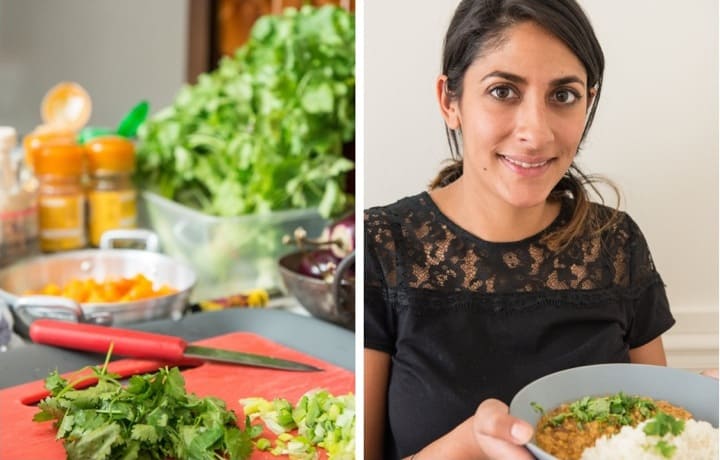 Wash the lentils and cook them for about 15 minutes in three times their volume of water. Then leave aside. In a pan, pour one teaspoon of olive oil and add the mustard grains, which you crush in the pan. Add a finely chopped onion, the clove of garlic crushed, and the ginger grated. Cook on a low flame for 5-10 minutes. Add the tomatoes diced, the spices, and a pinch of salt. Cook for 15 minutes. Mix well and add the lentils and the coconut powder. Cook for a further 15 minutes. Serve piping hot and add the fresh finely chopped coriander leaves with a slice of lemon on the side. 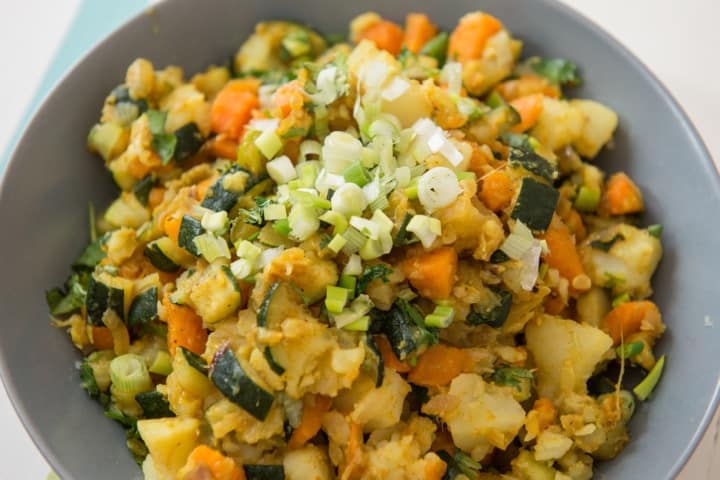 Written by Rooksana Hossenally for the HiP Paris Blog. All images by Palmyre Roigt. Looking for a fabulous vacation rental in Paris, London, Provence, or Tuscany? Check out Haven in Paris.