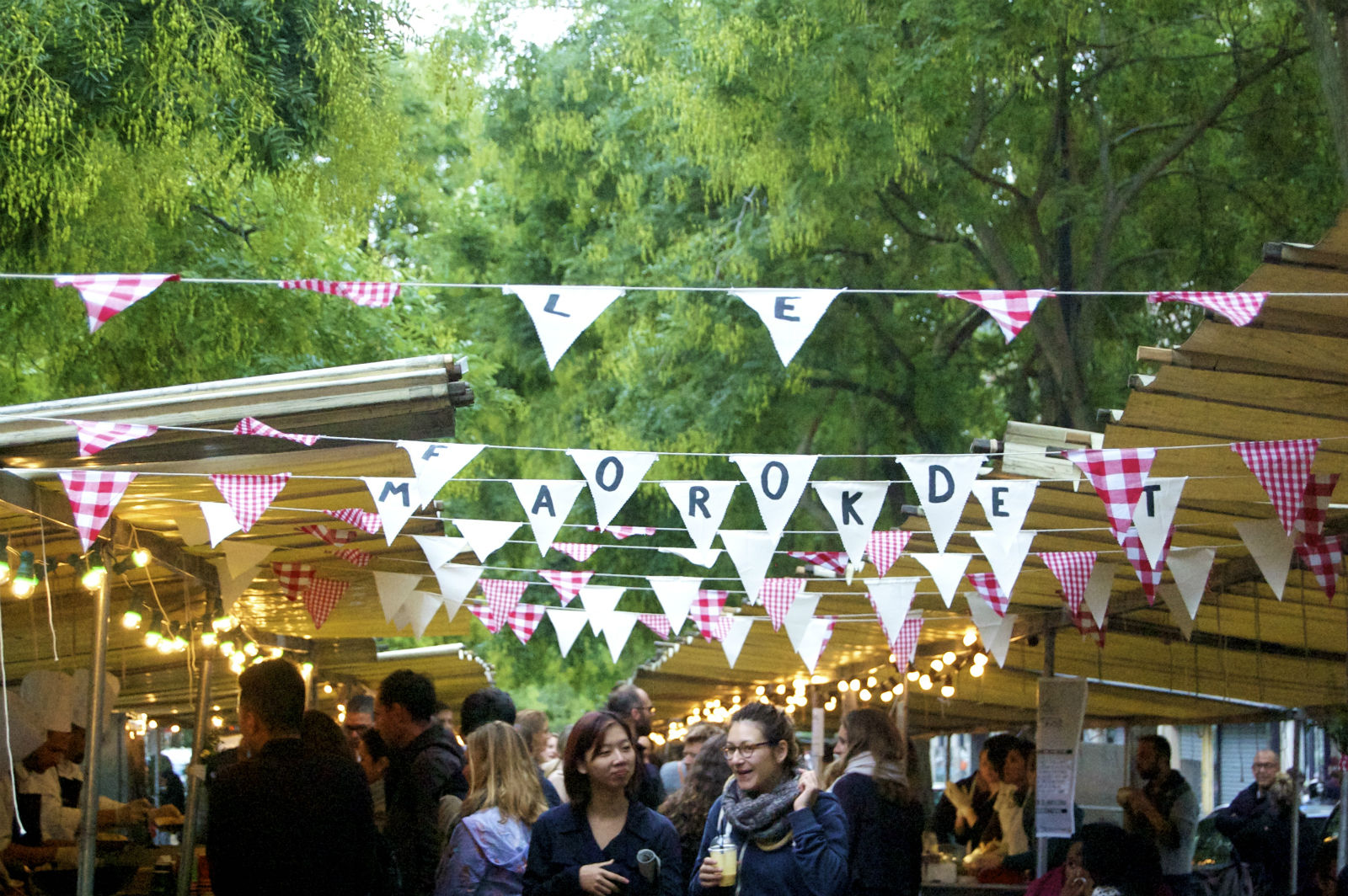 A new neighborhood block party has arrived in Paris. On Thursday, September 24, rising and veteran restaurateurs lit up the stands of a narrow median strip on Boulevard de Belleville to offer freshly made plats for 5-10 euros. Even as rain threatened to spoil the crisp, fall evening, the mingling of friends and neighbors, fragrant clouds of steam lifting, and sounds of crackling oil kept energy and appetites at a high.

Paris is well known for its diverse open-air markets, offering fresh produce, flowers, meat, dairy, and handcrafted goods daily. Markets capture the spirit of a quartier—its people, history, and rhythm. Le Food Market, which officially launched on July 9, takes place once a month from 6-10:30pm and recruits different vendors each time. Come to Le Food Market and you’ll get a glimpse of what’s new and inventive in Paris’ culinary scene, as well as rub elbows with Parisians from all over the city, many of whom may not have otherwise made the trek to the off-the-beaten-path 19ème. 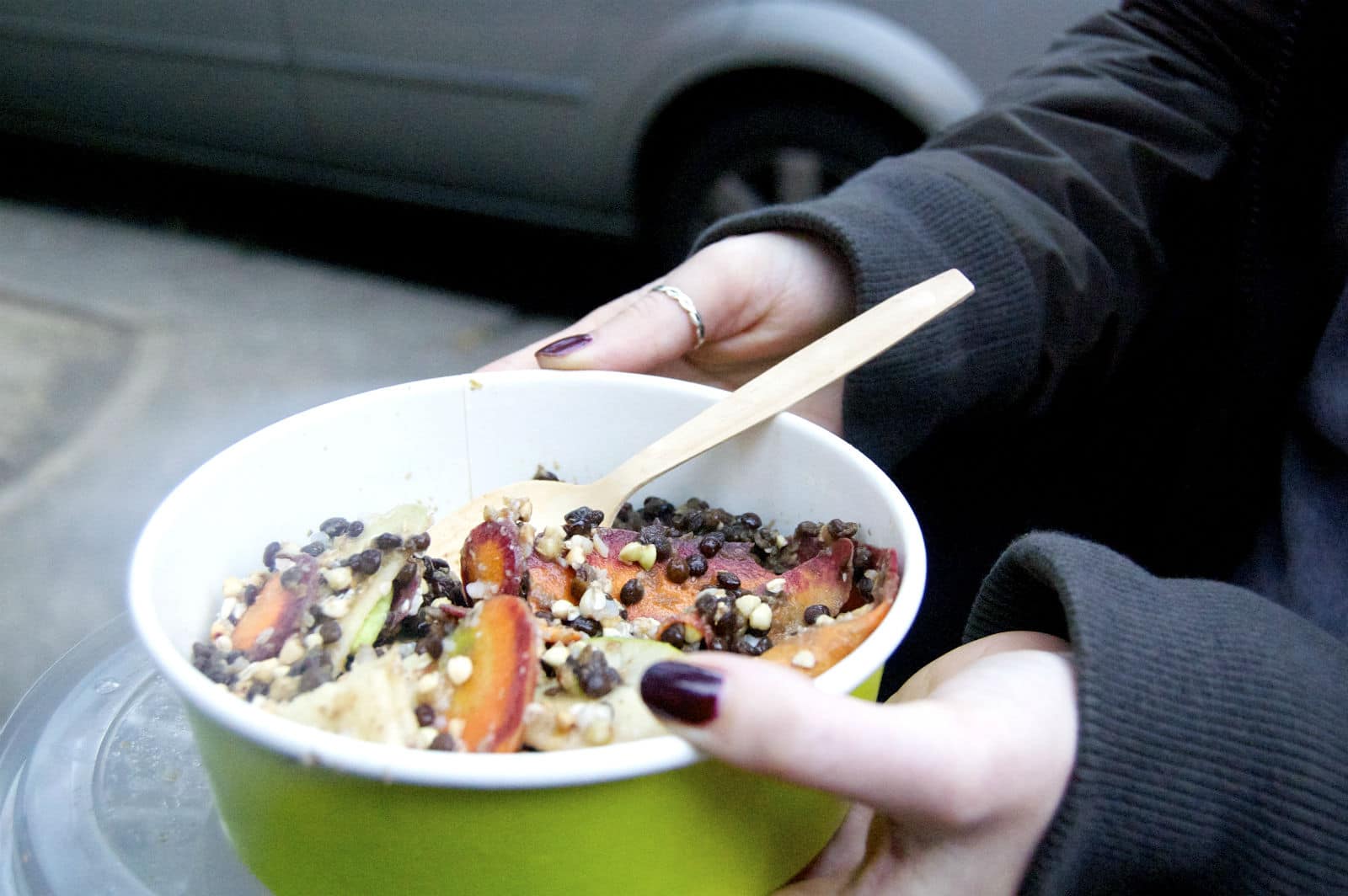 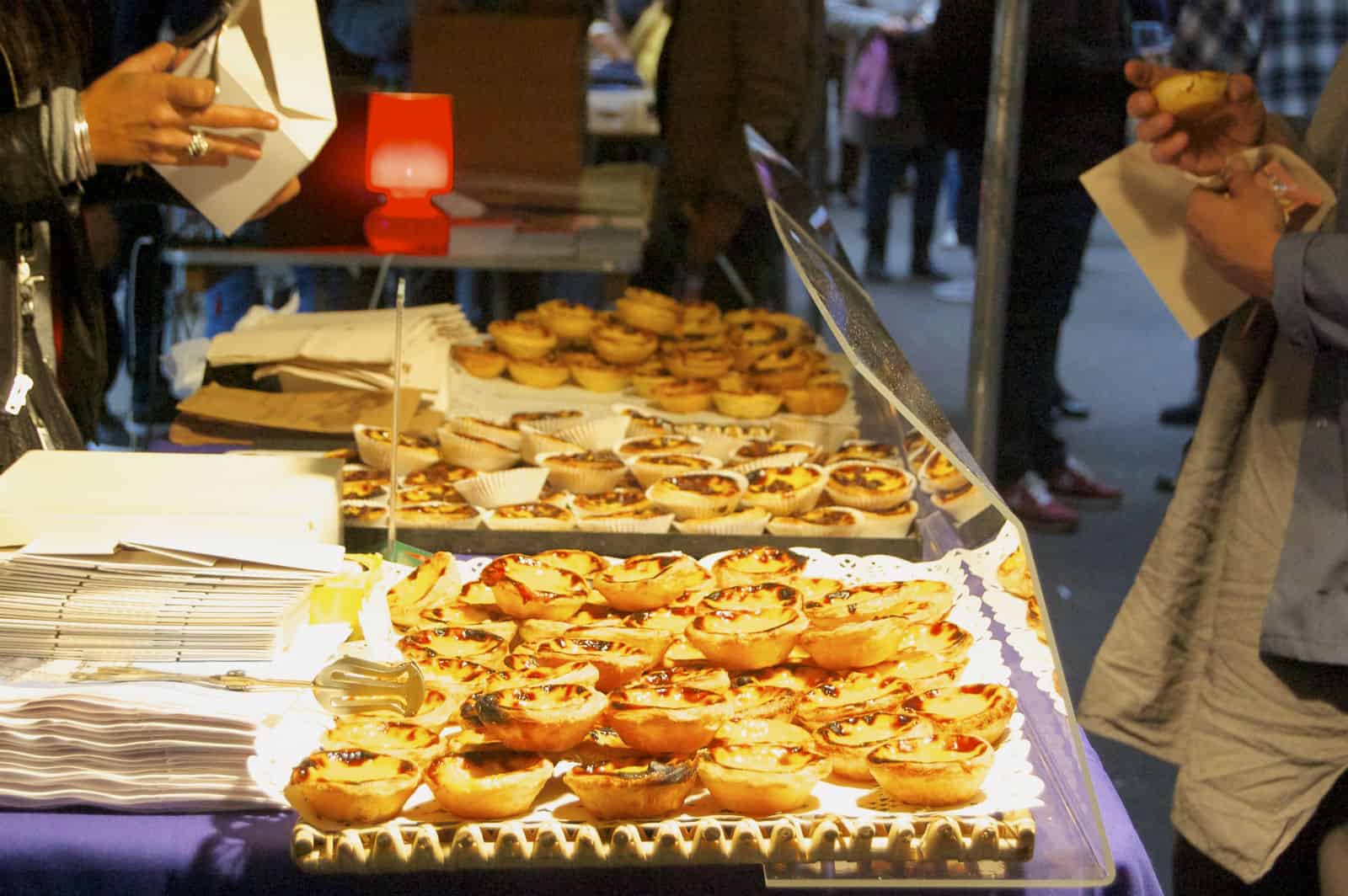 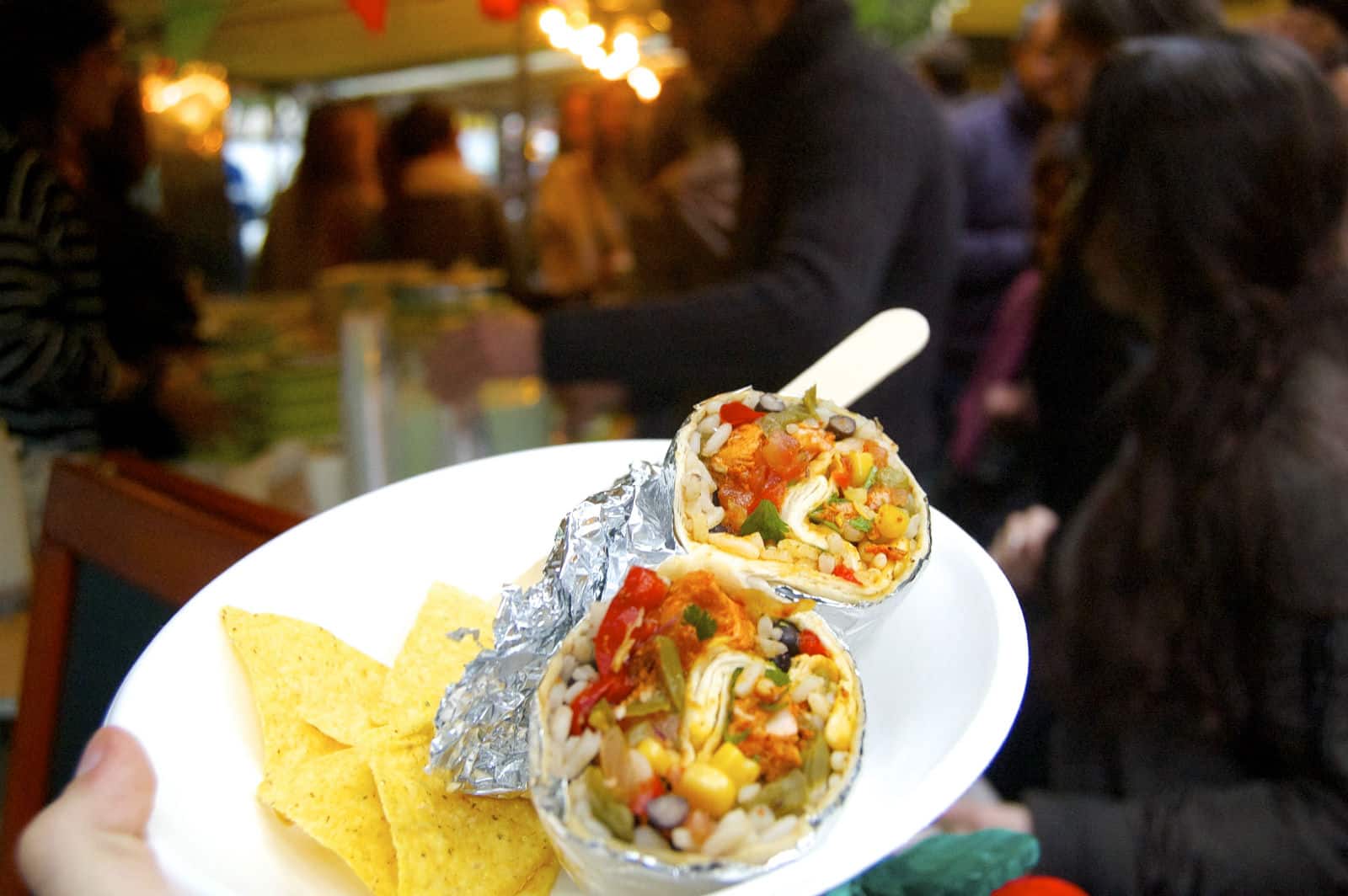 It’s a rare moment when top chefs representing various neighborhoods and culinary styles come together in a shared, informal space. Where else, in the course of one evening, can you sample a light entrée of figs topped with shaved ricotta from La Buvette de Camille, tacos from trendy Café Chilango, Hero’s spicy deep-fried chicken, and a freshly baked brownie and espresso from mobile concept-café O Coffeeshop, all while meandering between bites, taking in the sights and smells, and chatting with the chefs?

If you’re in the mood for a formal dining experience, this isn’t for you. Here, you’ll most likely eat with your hands, standing up while sharing plates among friends (tip: bring extra napkins). Lines overflow and picnic-style tables are packed within the first hour by an international crowd of hungry bobos, foodies, and families – while the locals of Menilmontant, filing out of the metro on their way home from work, stop by to find out what all the fuss about. 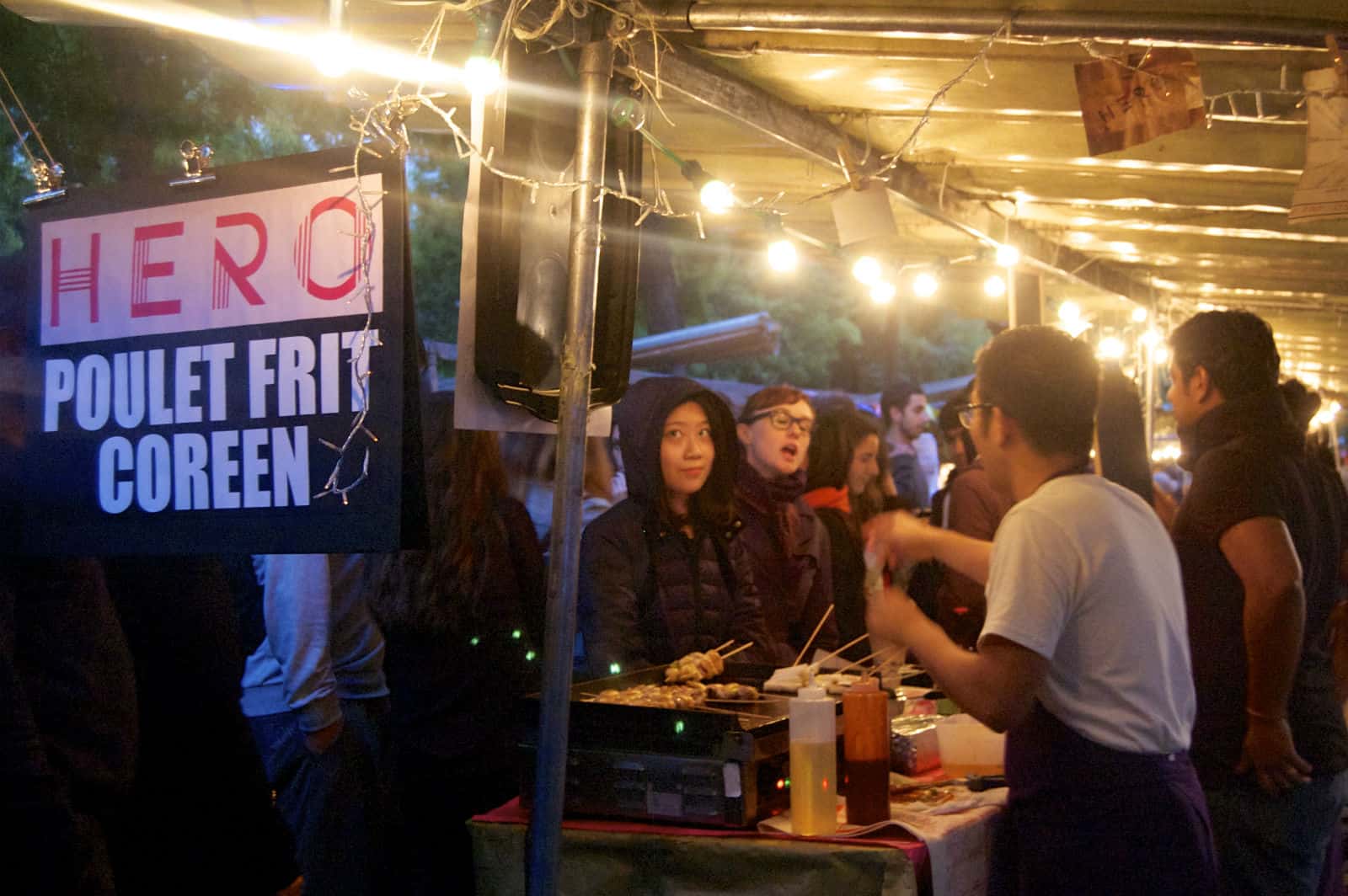 Le Food Market is primed to become a favorite monthly tradition for fans of affordable, fait maison dishes, and sharing them among the community.

This article is really amazing! Thank you

This all looks amazing! I took my first trip to Paris 2 weeks ago, and I found an AMAZING fresh local market called the Marché Place Baudoyer. If you haven’t been, you should definitely go the next Saturday morning you’re free. If you want to see what I found there, take a look at the blog I just posted about it: http://lifehungry.com/2015/10/29/a-parisian-market-dream-the-marche-place-baudoyer/