Dining out in Paris with Kids: One Ex-Pat Mom’s Experience 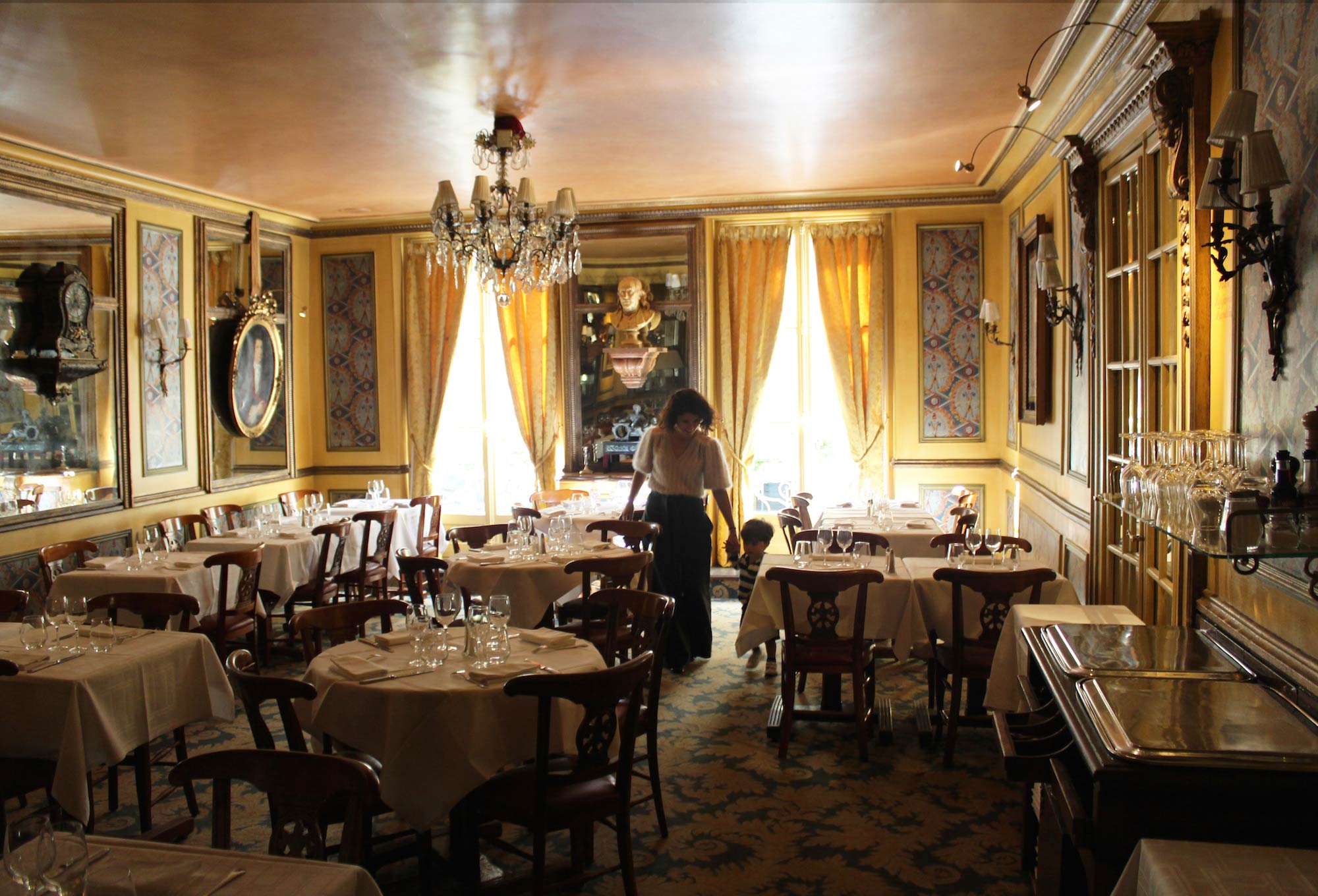 I wish there was the perfect how-to guide to dining out with kids. Well, other than “Don’t do it. Stay home and cook.” As any parent will tell you, each time is different. Whether you are in Paris, New York, your local dive or a fine dining establishment you couldn’t get a babysitter for, the experience can range anywhere from relief to regret, but rarely ever results in a fully enjoyable meal. What no one tells you is that it doesn’t always start out like this. The cruel joke the universe plays on new parents is convincing us that babies like going out to eat. It is not until you experience that game-changing dinner when you realize going out to eat will never be the same…well, at least for the next ten years or so. 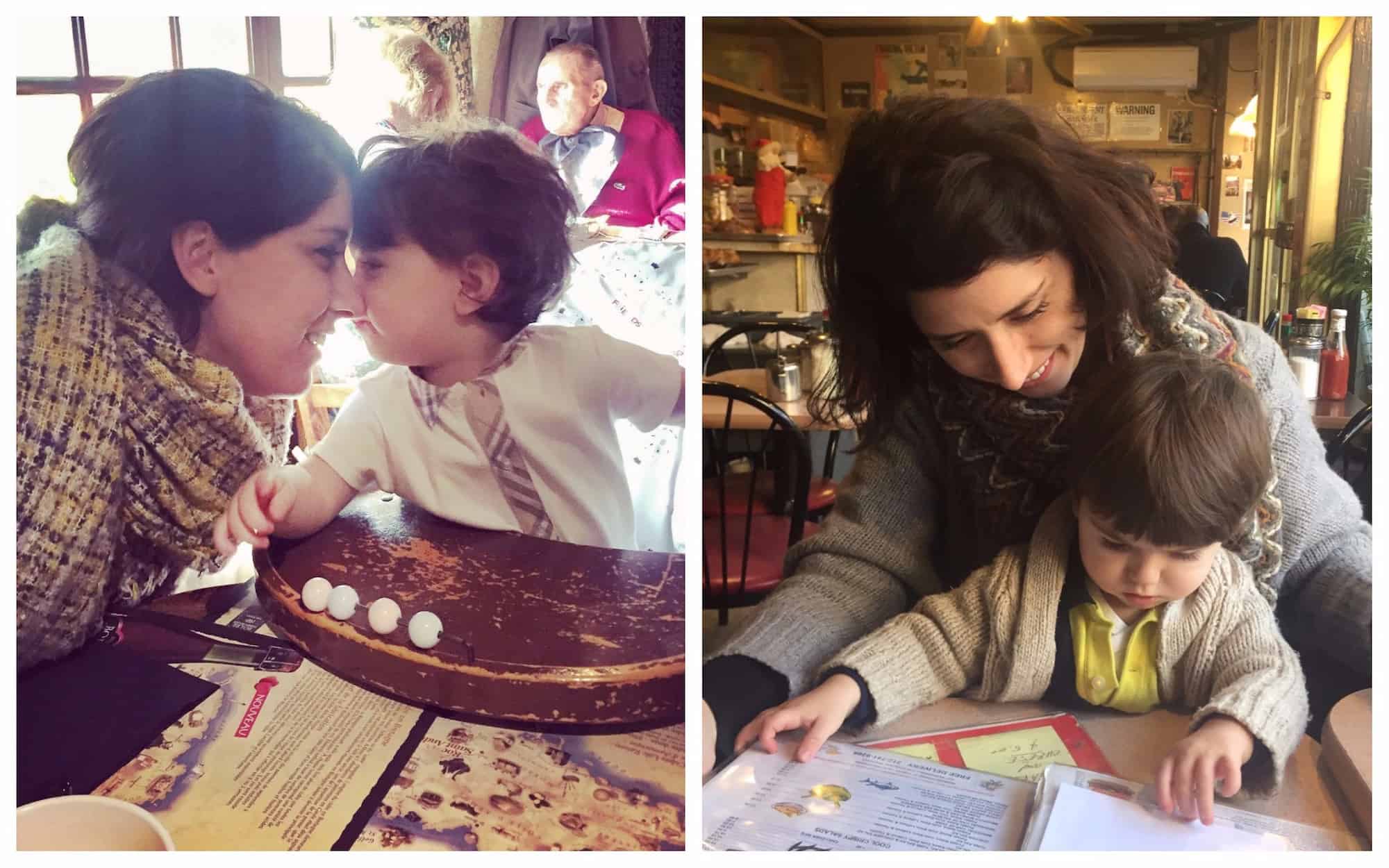 For us, it was our three-year wedding anniversary at our favorite restaurant Le Picotin; a cozy French bistro tucked away on a hidden street in our old neighborhood of the 12th. Making the reservation for two and a half guests, we thought it would be adorable to include our then 8-month-old son Georges in the celebration. 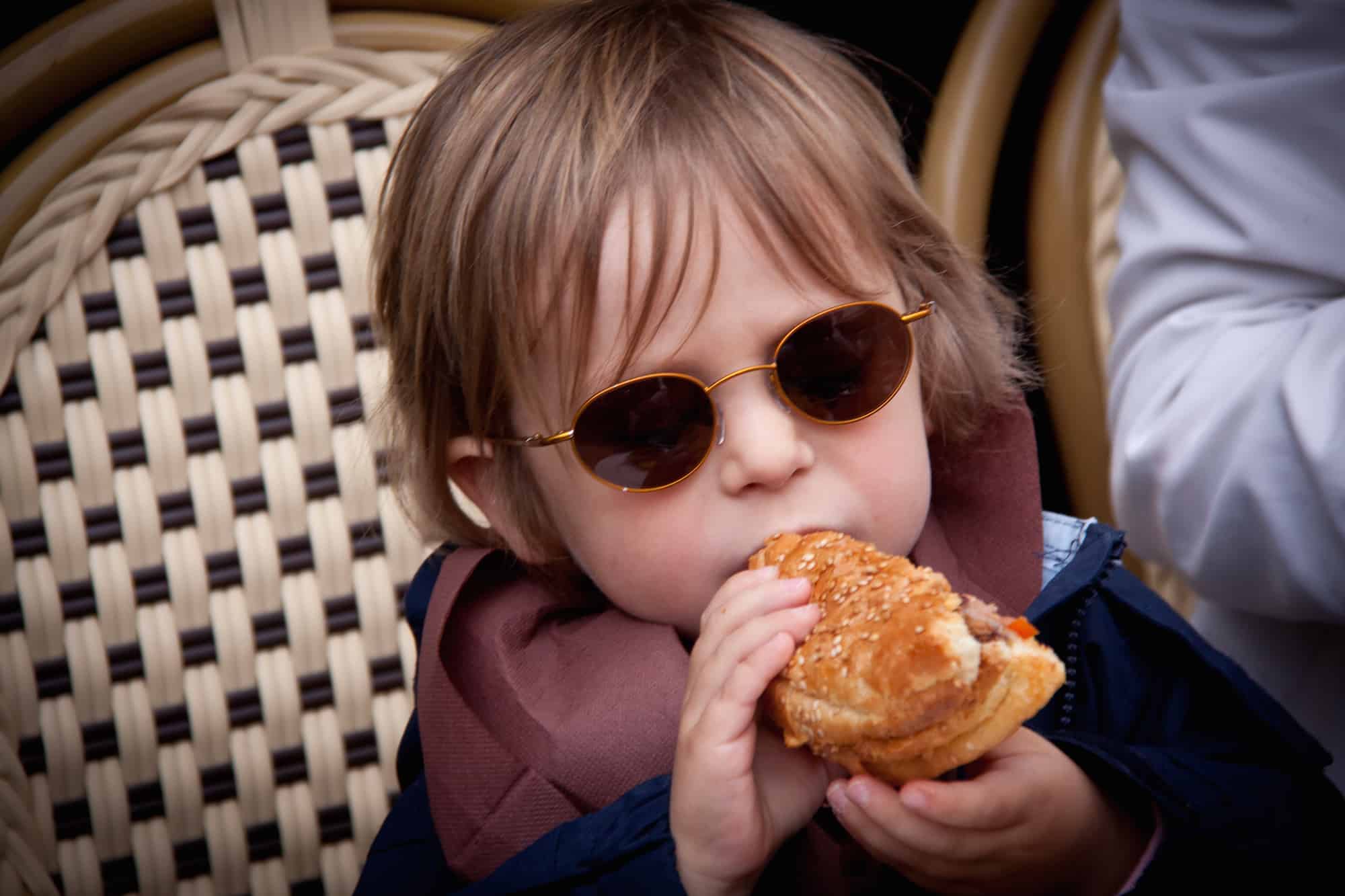 As every parent reading this nods their head in disapproval, I can already hear you all saying, “Mom, what were you thinking?!”

The answer is, I wasn’t.

My experience (or rather lack there of) led me to believe that we could get away with it. We had always been able to take him out to restaurants before because we tricked ourselves into thinking we somehow got a “good baby” who loves to watch us eat. His first few months we truly believed this, as he would sleep peacefully in his stroller, while my husband and I passed sanctimonious grins to each other over the second glass of Bordeaux we were able to order. 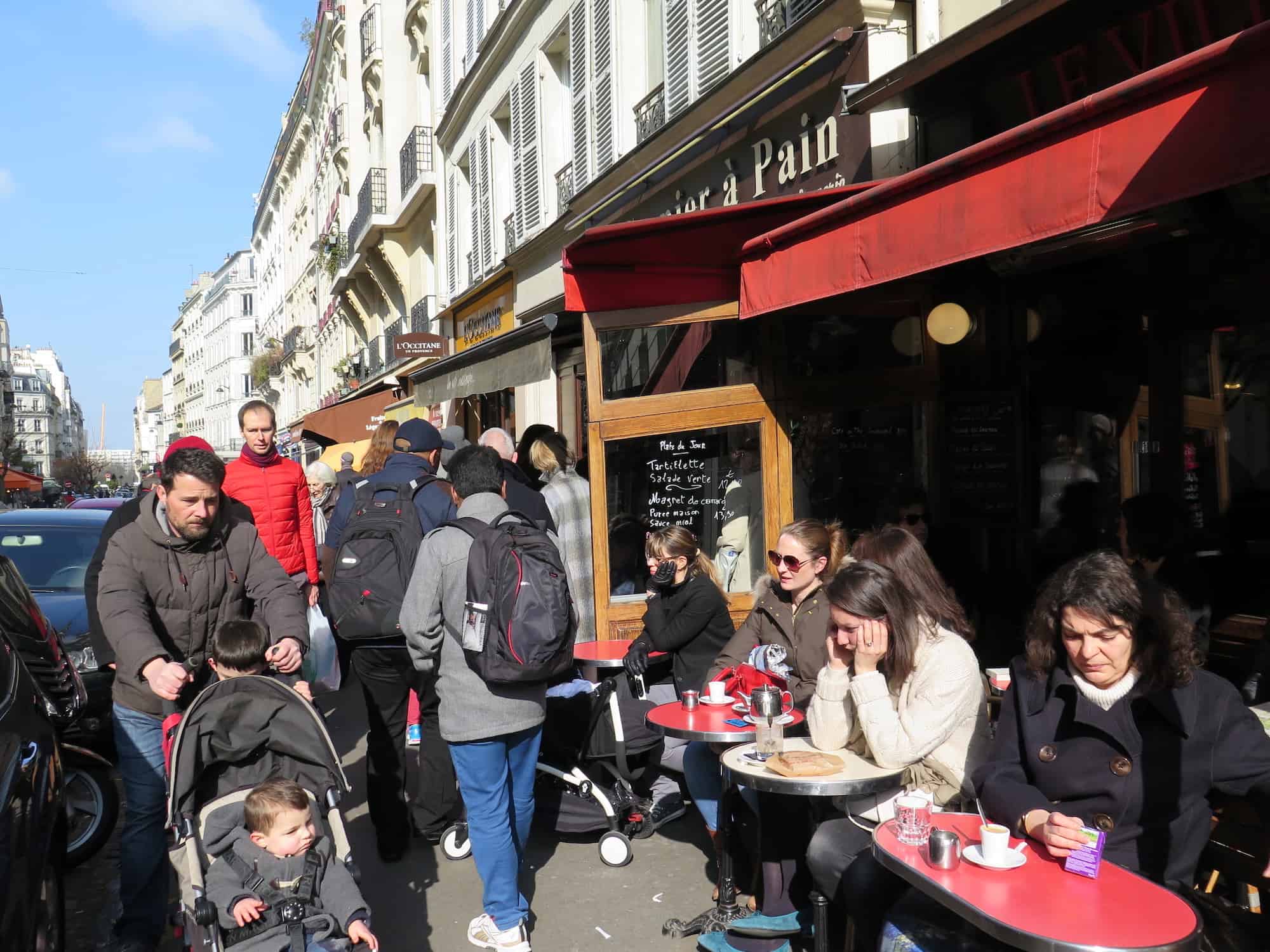 That all came crashing down, raining down on us in a storm of “ha has” and “I told you so’s” on that anniversary dinner as we ate in solitude, waving to each other through the window taking turns walking Georges up and down the street. There was no second glass of wine. Heck, there wasn’t even dessert. There was just us, a fussy baby and a quiet walk home of regret wondering how either of us thought taking a baby to a Parisian bistro on our wedding anniversary was a good idea. For anyone.

Bouncing back and forth from America to France several times a year, I’m often asked if there are differences between eating out in the States and France. While each restaurant varies, there are a few tricks I’ve picked up in order to make the experience a little more manageable.

The first difference I picked up on was how my son responds to restaurants in each country. In France, dining out is feasible because he’ll sit for an allotted amount of time. In America, he doesn’t. He takes on his half-American social pedigree and does not understand why he can’t meet all the patrons in the restaurant. Still a bit of a mystery, I wonder if he is absorbing the cultures and mimics the American nature to be more animated, and in France where diners speak in more hush tones, takes on a calmer persona.

In France, the restaurant is not always guaranteed to have a high chair, and if they do, it may already be in use. Restaurants don’t typically have a supply of highchairs stacked in the back; there is usually just one, maybe two. For this, I have learned to always make reservations. Even for the most casual of restaurants, I reserve the high chair and an out-of-the-way table. 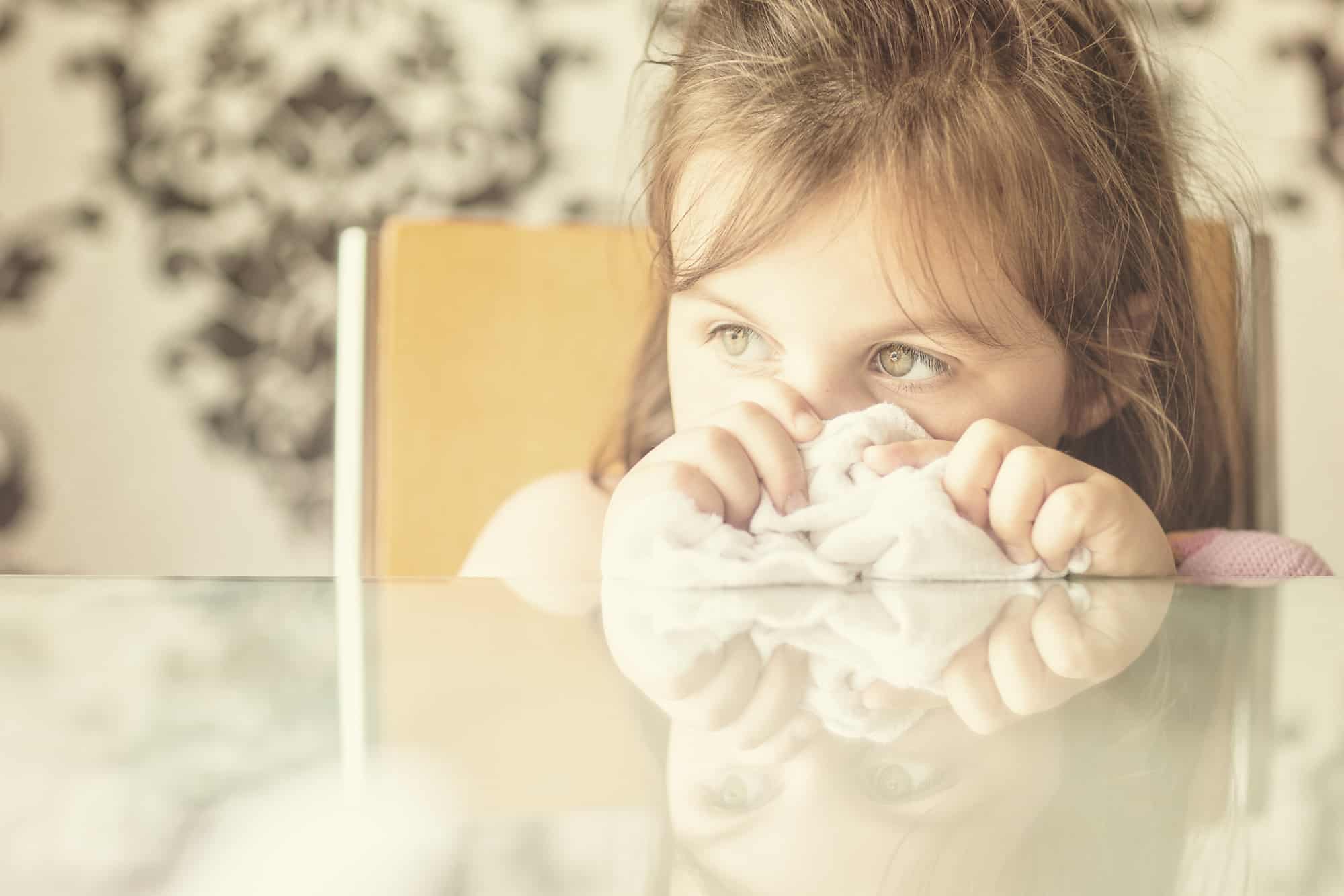 Some restaurants are so tight that you can barely get to your table without knocking into chairs and tables. Enter the official stroller for Parisian moms: the BabyZen Yoyo. If you walk through Paris, you will notice that most moms all have the same stroller and it’s with good reason. Aside from gliding effortlessly into those teeny tiny Parisian elevators (you know, the ones that put you in steamy face-to-face proximity with your neighbor), it also easily folds up to a size of a large messenger bag that you can sling over your shoulder. It’s so compact and convenient, that Air France even designed a special addition and touts it as the official stroller for the airline. 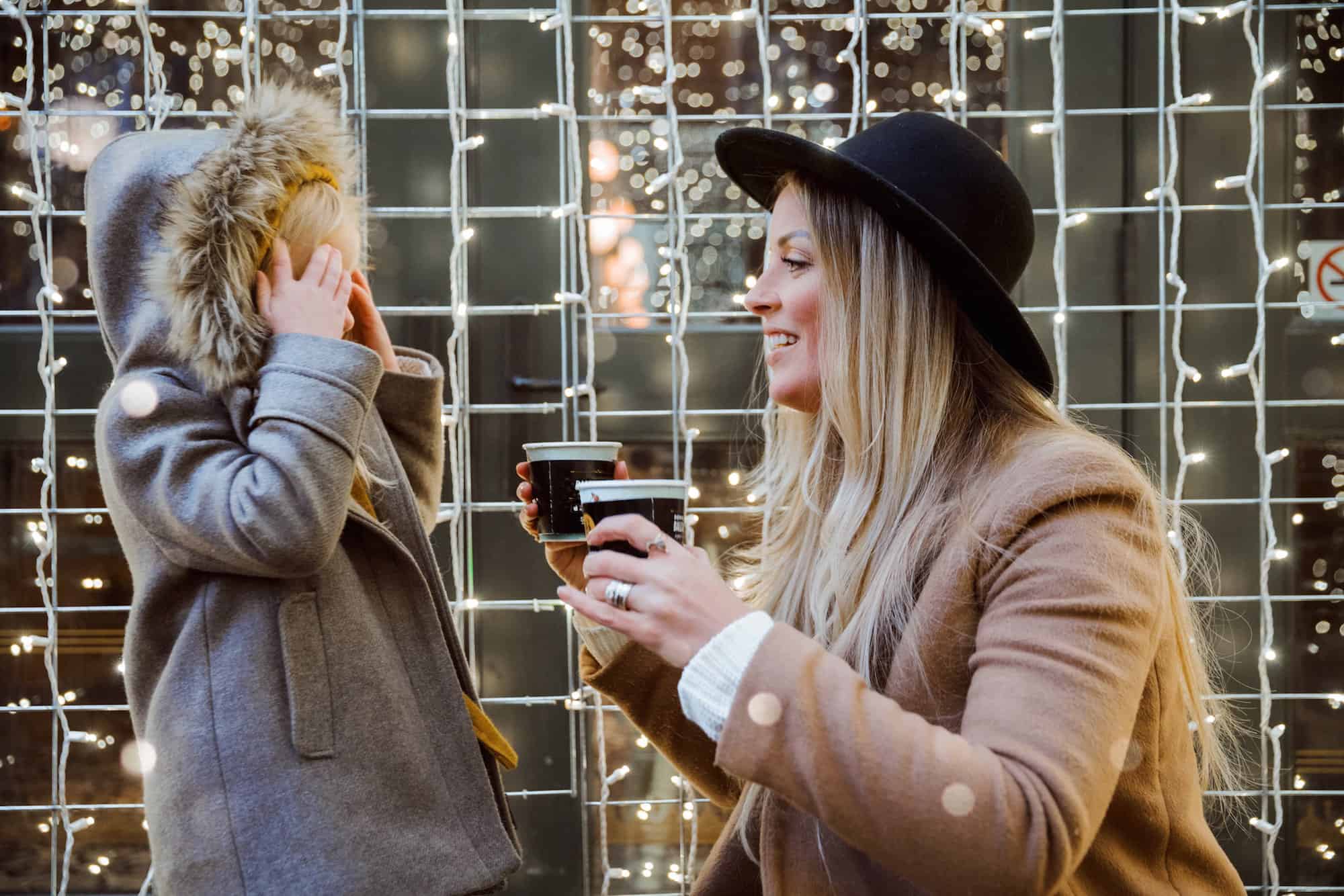 Is one country better for dining with les petits than the other? Put simply: no. We’ve had great experiences in both countries and manic ones where I started to cry in twitching frustration. While I know not to expect a color-your-own placemat in France or a post-meal kid-size piece of Comté cheese on Long Island, we have our rare go-to places on both continents with quick and unpretentious service, and where Georges —within reason— can be himself, which is a kid. But most days he’s a lot of kid for a small restaurant and for that my husband and I have become quite the cooks. Or so we think.