Moving to Paris: The Reality Behind the Dream 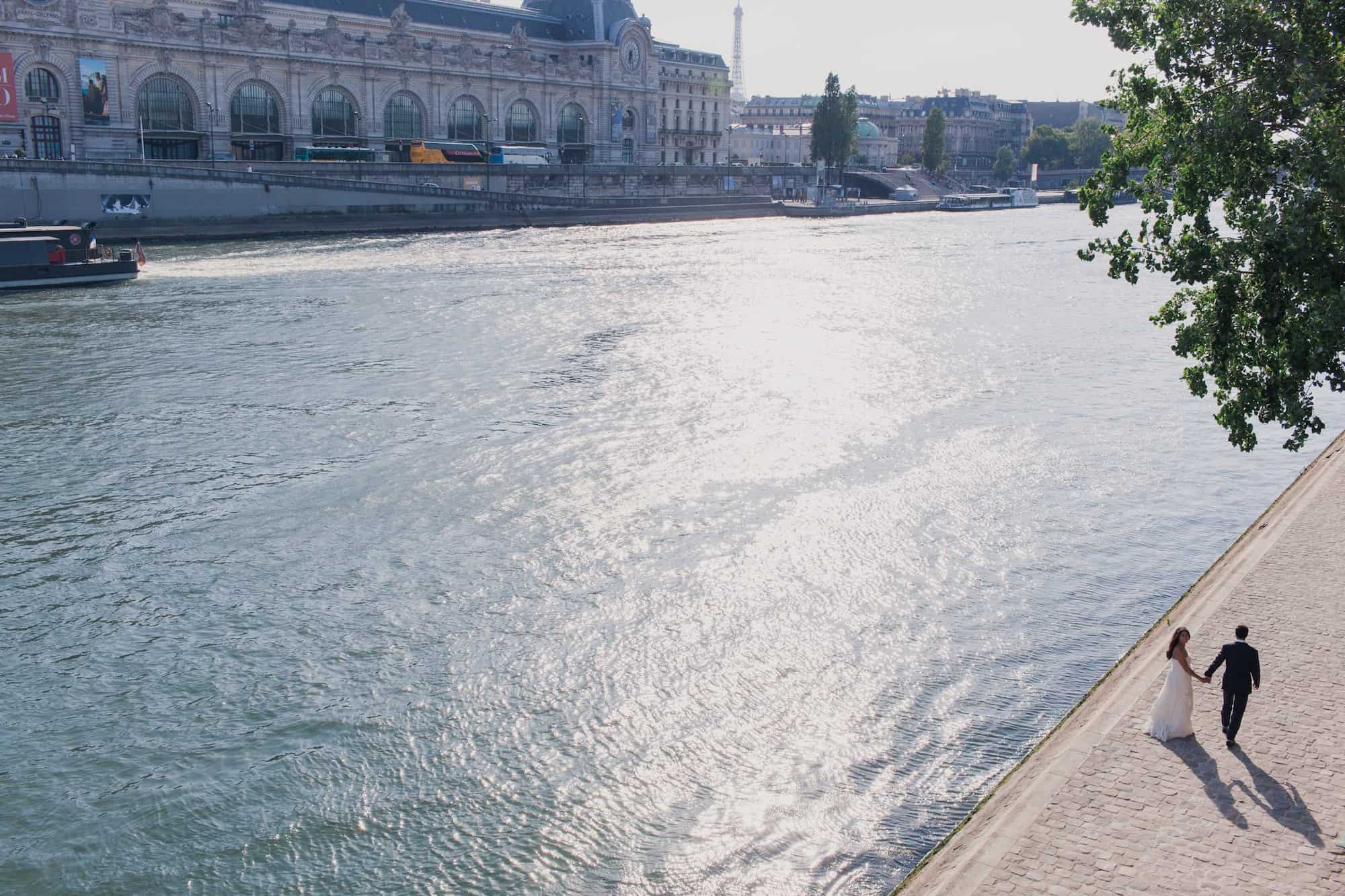 “We’re moving to Paris!” Exactly 12 months ago, my husband and I announced this news to our friends and family. Responses were positive. I even sensed an air of envy from some. Afterall, Paris is the dream. A city where where wine flows like water and dessert is served after every meal.

We did get the occasional: Why Paris? The people are rude. It’s dirty and expensive. To which I would respond: Excusez-moi? I wondered if we were talking about the same Paris, with its tall, sparkly tower, picture perfect corner bistros, and romantic language. Speaking of language, unless you count being able to mutter, “l’addition, s’il vous plaît,” after a couple glasses of Burgundy, I was far from fluent. 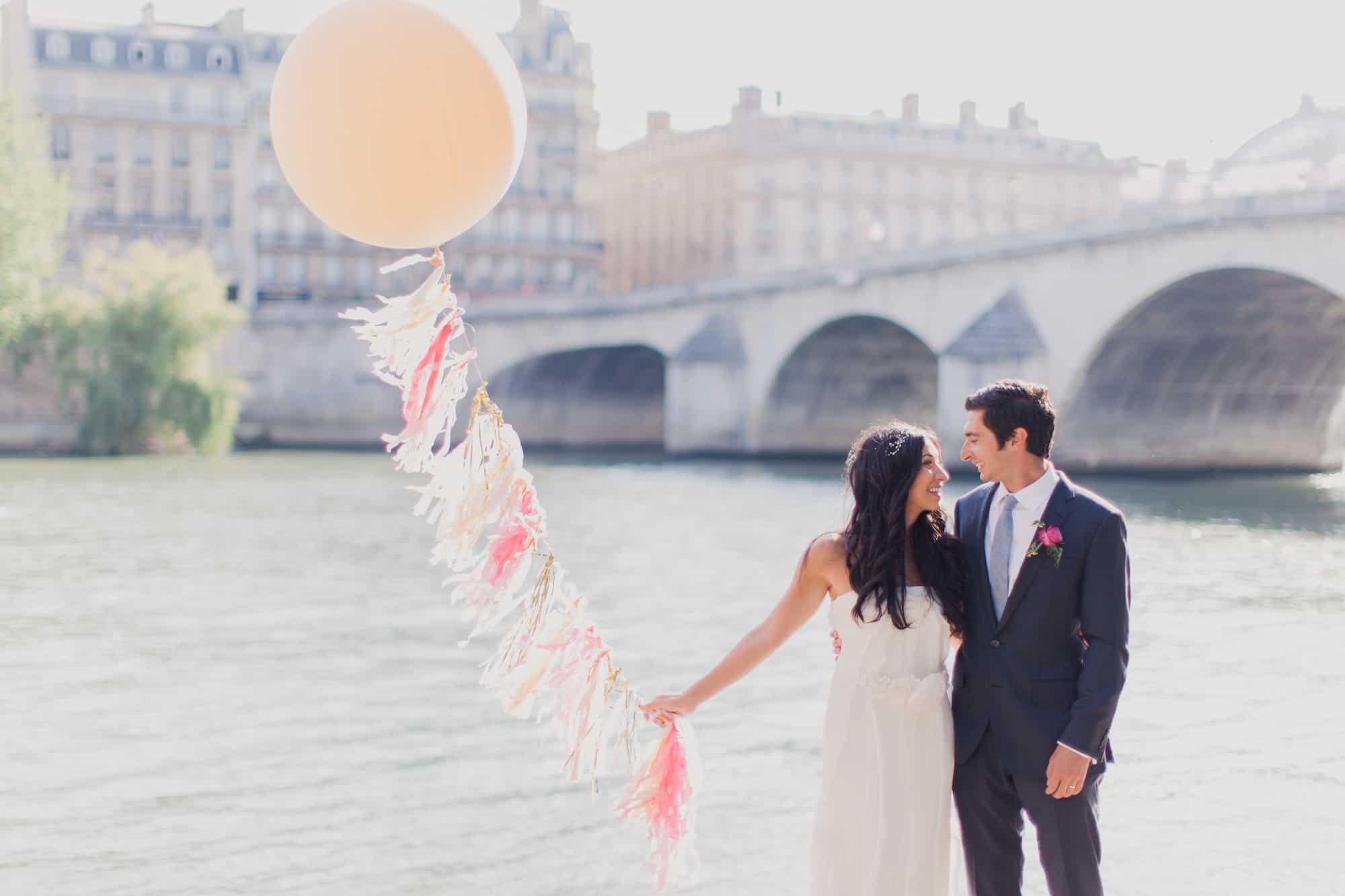 While I thought my high school French would be the main challenge of moving to Paris, it was just the start. As it turns out, when you look beyond the Instagram filter, Paris remains a lovely city, but also a lonely one.

If you aren’t willing to change your expectations, you might live your expat dreams binge watching Gossip Girl while eating overpriced Pierre Herme macarons in your tiny Parisian apartment. At least, that’s what happened to me.

I was the definition of a Francophile. In 2013, I got married in Paris, celebrating my love for my husband and also the City of Light. From the moment I tasted my first croissant au beurre and walked along the perfectly imperfect cobblestone streets of Paris at age 12, I knew I wanted to make it my home. I understood that living in Paris would be different from visiting Paris. I reminded myself that I wouldn’t shop at La Grande Epicerie for weeknight dinners or enjoy lunches at Michelin starred restaurants every day.

After arriving, I struggled with the language barrier. Between my intensive French lessons and working on my travel website Midlife Leap, I found myself frantically googling “English directions for a French oven,” or using my hands to communicate with my building’s concierge, whose English was worse than my French. At 5,000 miles away from home, I lacked a common language and experience with my fellow Parisians. I was alone. Sure, I had my husband, who fully shared the Paris expat dream with me. But the lack of friends or a larger community left a hole in my life. 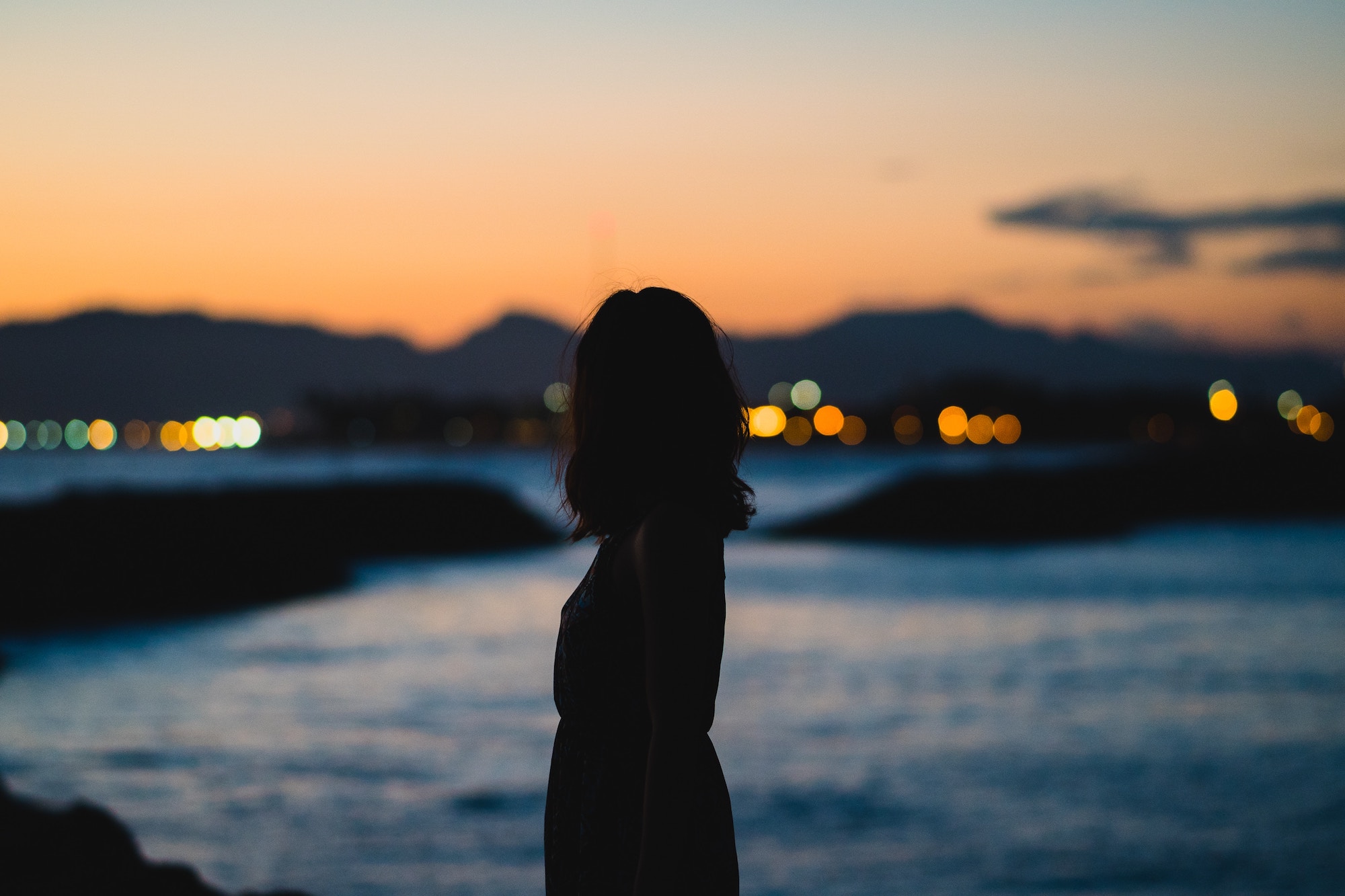 I wanted to prove that making French friends isn’t as hard as the Internet claims. My love affair with Paris stretched beyond the charm of the city itself and to the people. In all my years of visiting, I rarely encountered an aloof Parisian and I admired their way of life. But after spending the summer chasing this friendship goal, awkwardly smiling at groups of people in cafes, I felt like a permanent tourist. I dreaded leaving my 35 square meter apartment. If I even made it out to a yoga class, I could only nervously state my name at the front desk, fearing someone would peg me as an American. My usual extroverted self had disappeared.

And then things got worse. John Snow called, winter was coming. Any hope of creating something that resembled a social life vanished with the sun. My perspective changed, too. Where there was once a bustling street, I only saw a public urinal. All that imperfect cobblestone resulted in a perfectly sprained ankle. That once smiling, wide-eyed, optimistic girl riding the metro was now lost among a sea of frowning Parisians. I began to understand what some of my friends were talking about. And I was frowning, too.

You always hear people talking about things just clicking. In my case, I felt the click not with the language, but with the whole city. No longer able to handle Netflix asking me if I was still watching Gossip Girl, I decided to stop waiting around for Paris to accept me. It was time to accept Paris. It wasn’t so much that I didn’t fit in, but rather I wasn’t trying to find my community. To change this, I signed up for expat meetups, reached out to friends of friends, and started saying yes to every invitation or email introduction that came my way. Before I knew it, spring arrived. Our weekends started filling up with dinner parties and picnics along the canals. I had a weekly yoga and brunch date. We even booked weekend getaways with friends. Yes, you read that right: friends! Some of which were even French! After 11 months, several life lessons, a bruised ego, and a couple kilos gained, I finally found myself living a happy expat life. 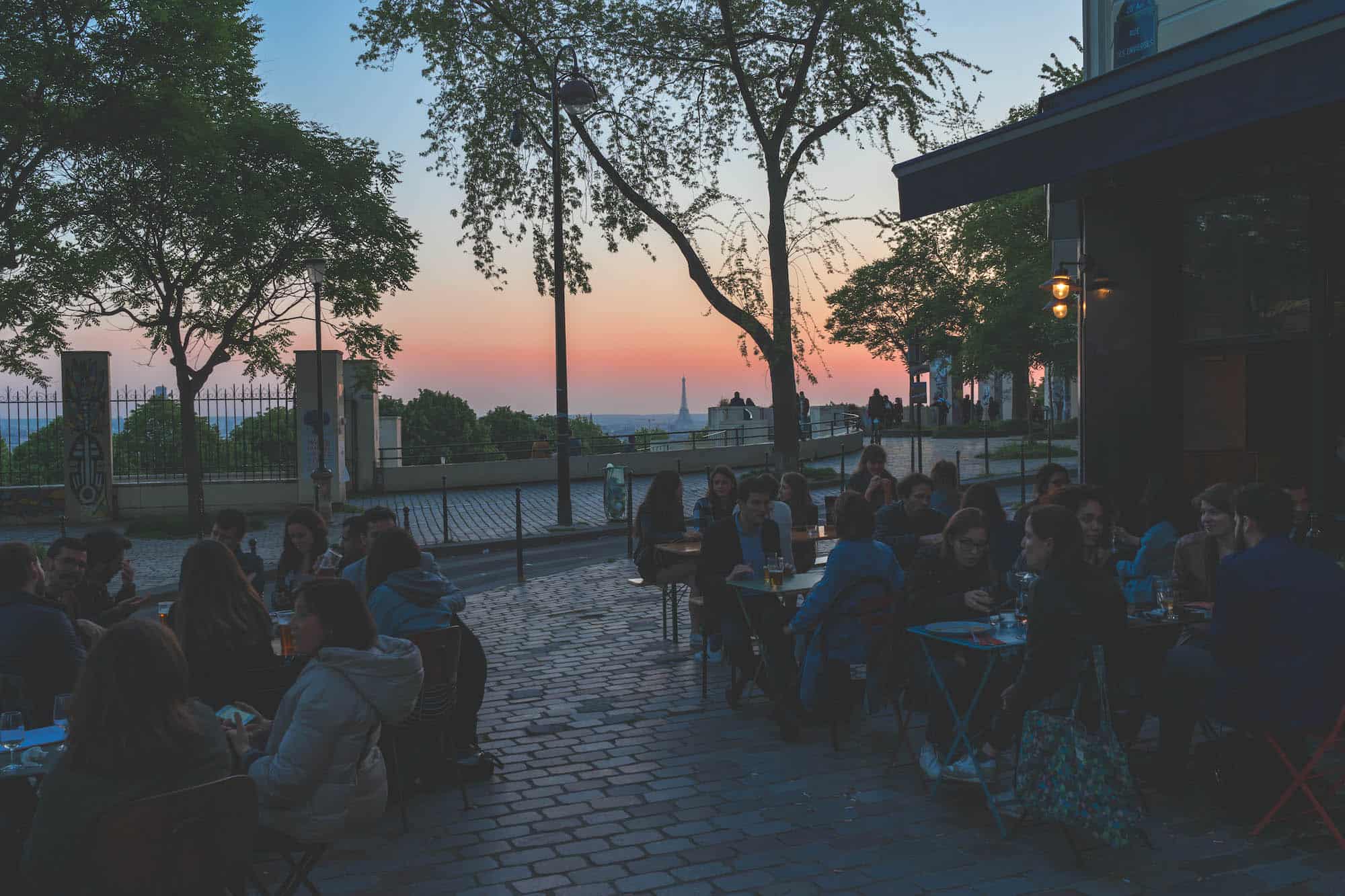 A Chance to Appreciate What We Have

After all the anxiety and frustration am I happy I moved to Paris? Absolutely. If I passed up this lifelong dream, I would only have regret. Being forced to confront how an idealized version of a city or lifestyle can fall short inspired me to live in the moment more and appreciate the life I have. 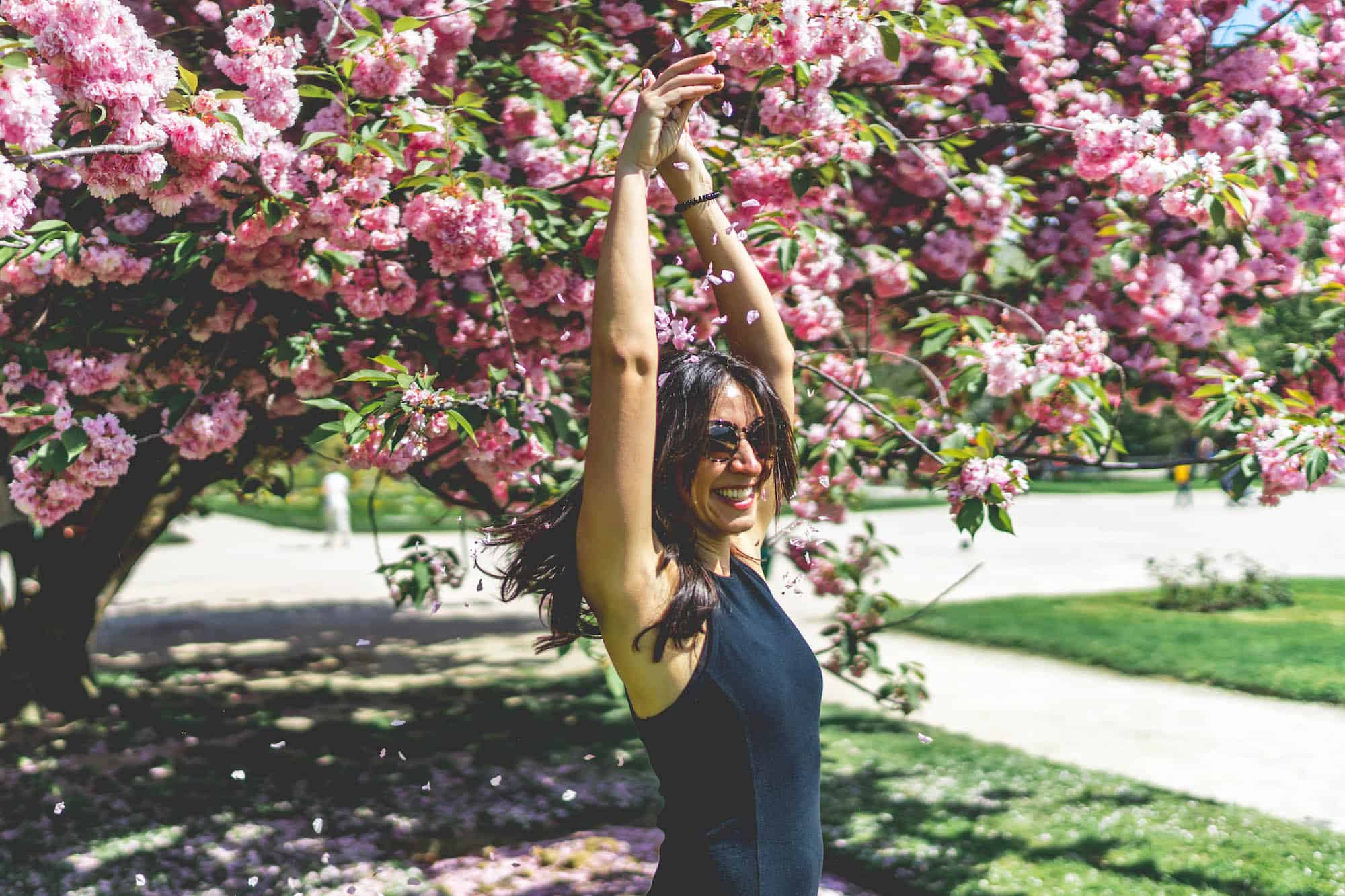 Every time I walk out my door — which is more often now — I appreciate the the things that made me want to move here in the first place: museums, parks, and great wine for less than 5€. Paris is a beautiful city, but behind the magnificent architecture, a culture rich in history, and mouthwatering food, there is a community of people just like me. They’re sipping a glass of wine trying to figure out how to turn on their induction ovens while simultaneously pinching themselves. We get to call Paris home, even if home is a tiny apartment with a broken oven.

Written by Shiva Backhaus for the HiP Paris Blog. Looking for a fabulous vacation rental in Paris, London, Provence, or Tuscany? Check out Haven in Paris.

8 comments on “Moving to Paris: The Reality Behind the Dream”

Thanks Shiva for this post. I’m planning to move to Paris in the new year (2019) from the south of France and have had some reservations on the big change,especially after reading so many blogs about how hard the city can be for a foreigner.. However your was the perfect reminder that i needed to remember it is what you make it and to take all the opportunities that you are presented. I now can’t wait so a big thank you to you! <3

Met a French woman in the USA 7 years ago tomorrow and fell in love.
Moved to France 3 years ago. Moving to Oslo next week for her job, but where she goes,I go.
We’ll still have her Paris apartment to return to on random visits back to France.
I love France. It’s my home now.

Ciao from an Italy expat, found this thanks to Diane! I loved this post and how saying YES to things and reaching out changed your experience. I’ve been in Italy since 2014 and I STILL have to remind myself of this from time to time when it comes to invitations or new expats in the city and not just for myself but for THEM, the new arrivals! 😀 Jasmine, questadolcevita.com

Thanks for your comments Diane. It is true we need the real deal!

Hi Shiva –
Thanks for your story. Would you kindly tell me the location of the outdoor café with the Eiffel Tower in the background. It looks like a wonderful spot.
Thanks, Lindy

Great read Shiva!! It takes courage to write so honestly about the struggles that we can face as expats – especially in countries where it’s not our native language. I have felt similarly on multiple occasions. It took me a long time to realize that my personality was getting lost in translation… Stay true to you and eat un pain aux chocolat por moi!!

As a father who has seen every moment of your life, there is not a single word that can describe of how much I am proud of you. Your achievements and determination make me cry tears of joy. I love you very much.

Posts like this are really important to write, so thank you, Shiva, for sharing your story. I think it does a disservice for people to always paint life abroad in this perfect, magical light — a light we see so often in this online space. Your story was refreshing and a valuable one. Sharing on FB…