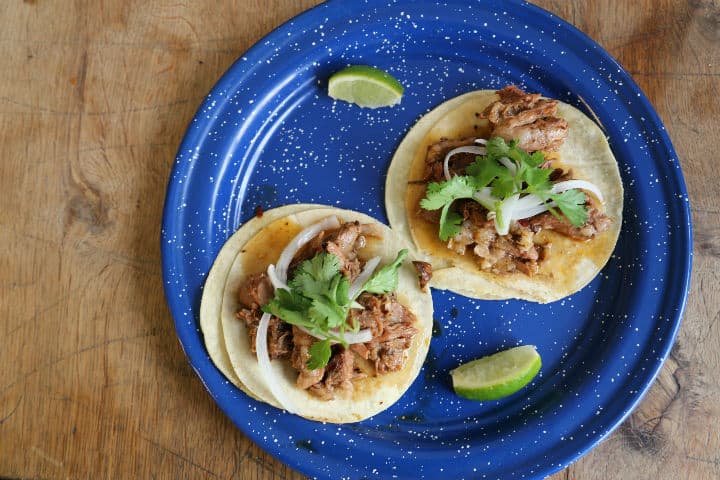 When I spent a semester abroad in London in college, I desperately missed Mexican food. I remember asking a local if you could get it anywhere in the city. He replied “You mean like Doritos?” Obviously Mexican food was a long ways from catching on. Even though that was over 10 years ago, when I moved to Paris this year I came fully prepared to pine away for chunky guacamole flavored with lime and cilantro, tender pulled pork tacos and mouth-prickling margaritas. To my delight, and surprise, I’ve been able to find all this and more. 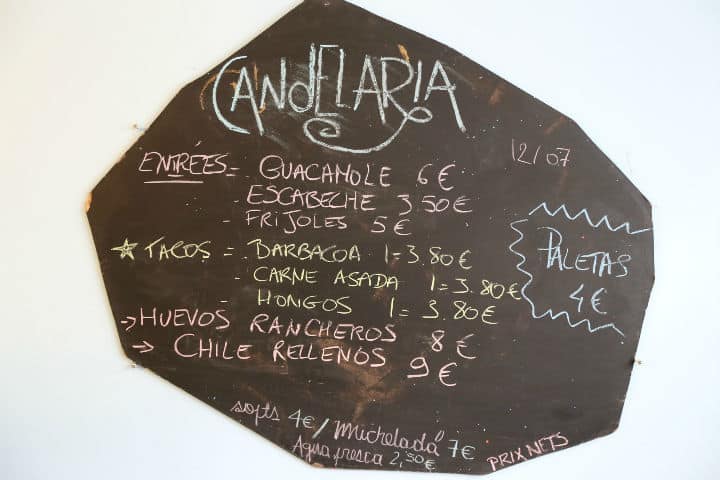 There is a delicious and thriving Mexican food scene currently in Paris. While Parisians have been aware of so-called Tex-Mex for a while, the current crop of restaurants are serving more authentic Mexican-style street food and many are owned by people from Mexico and other parts of Latin America. Mil Amores Tortilleria, owned by a woman from Cancun and two partners, makes fresh corn tortillas daily and supplies many of the city’s best Mexican restaurants. You can even buy black beans at Bio c’bon. So the next time you get a hankering for carne asada or citrusy ceviche, don’t despair; try one of these restaurants.

Candelaria is Paris’ most talked about Mexican restaurant and still probably its best. Co-owner Carina Tsou is from Columbia and the restaurant has become a sort of haven for expats from Latin America — much of the staff is from Columbia and Mexico City. The small menu changes weekly and features traditional recipes using seasonal local ingredients; menu items include the likes of tacos filled with chorizo, carnitas, and vegetables like roasted carrots with mole and queso fresco. Candelaria’s chunky guacamole is the best in the city and the bartenders in the speakeasy-style bar in the back expertly mix drinks with tequila and mezcal, like the La Guepe Verte with chili pepper infused Ocho Blanco tequila, cucumber, agave, and fresh lime. 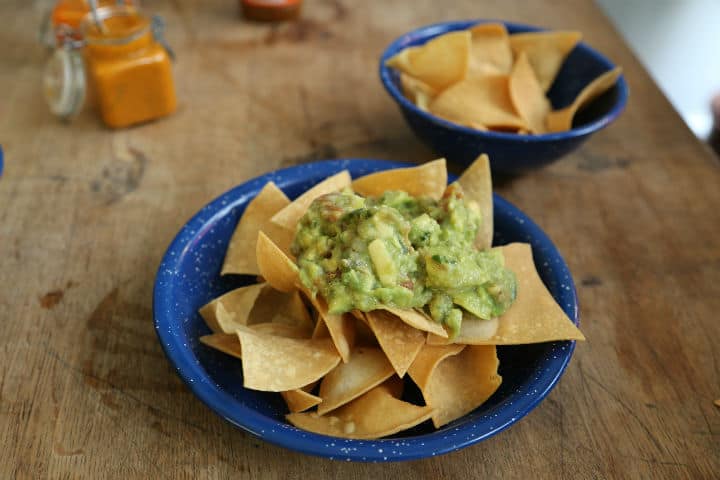 “French people love Mexico when they have the opportunity to go there, so offering a real piece of Mexico in Paris is a great opportunity,” says Julia Romero, Co-Owner of La Mexcaleria, a Mexican restaurant she owns with her husband near Place des Vosges. She and her husband Ivan met in Mexico City– she’s French, he’s from Mexico. Lucha libre masks adorn the walls and almost everything, including the salsas, are made from scratch. Try the tacos de carne con queso and the “molcajete,” a basalt rock bowl filled with different meats and served with tortillas so you can make your own tacos. This is also the place to get a great Mexican-style brunch on the weekends. Think huevos rancheros with thick black beans and chilaquiles with smoky salsa and fresh-squeezed orange juice.

The restaurant from the team behind the Cantine California food truck, Le Dépanneur, is really an homage to the sunshine state, with its rounded 50s-style diner façade and a Palm Springs inspired interior with wood paneled walls, succulents, and modern lighting. The menu features burgers and Mexican-inspired dishes, and while it’s earned more raves for the atmosphere than for the food, the carnitas tacos – which are served three per plate and made of organic pork shoulder that has simmered for 7 hours with chipotle salsa, black beans, cilantro, and lime – are delicious. 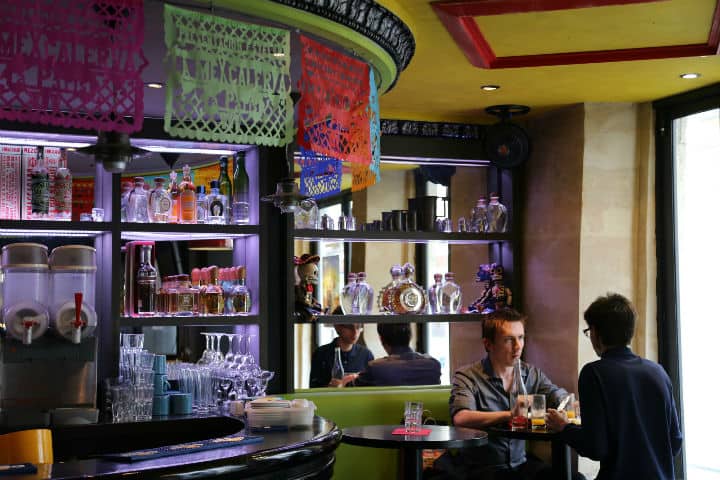 El Guacamole is a taqueria in the 10th arrondissement that offers a wide variety of tacos, burritos, and quesadillas, as well as starters like guacamole, ceviche, and cactus salad. The sliver of a space boasts large open windows, homemade salsas on the tables, and Mexican music blaring, and really transports you to Baja. Tacos are served on grilled corn tortilla and come piled high with ingredients like tender pork in a citrusy tomatillo sauce and mushrooms with green peppers and onions.

When you see a long line snaking out of a bright purple space near Canal Saint Martin you’ll know you’ve hit El Nopal, a hole-in-the-wall Mexican joint that has tacos, burritos, and tortas (Mexican sandwiches). Meat offerings change daily and include ground beef, fried pork rinds, as well as chicken and carne asada. With hardly any seating inside, you’ll probably want to grab your food and head to the canal. They also sell Mexican beers. 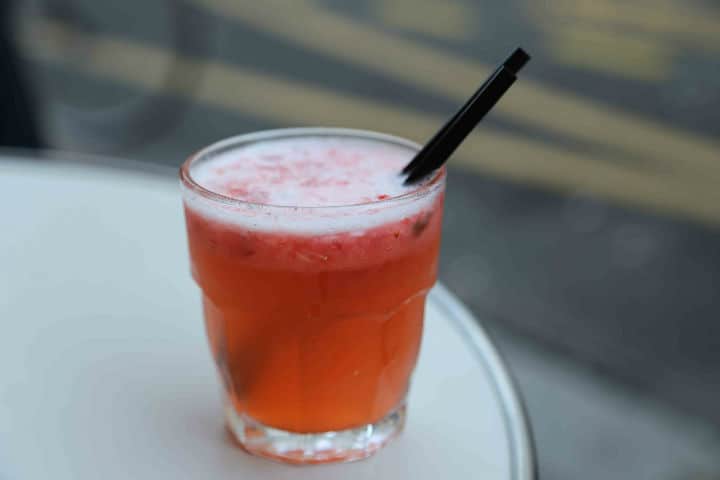 Anahuacalli, owned by the same people as El Guacamole, is the place to go for a slightly more upscale Mexican restaurant experience in Paris. Located in the Latin Quarter, this sit-down restaurant has white tablecloths and wood beamed ceilings. Traditional dishes include tamales, mole poblano, and cochinita pibil, but also look for slightly French-influenced dishes on the menu like duck with rhubarb and chipotle compote. You can also order pitchers of margaritas and all drinks are sweetened with agave.

Café de La Poste is most definitely not a Mexican restaurant, but the French brasserie in the Upper Marais does make the best margarita I’ve had in Paris. Bartenders make every drink from scratch, squeezing fresh lime juice each time, and they’ll even add muddled strawberries or raspberries. The drinks here are fresh, not too sweet and absolutely delicious. 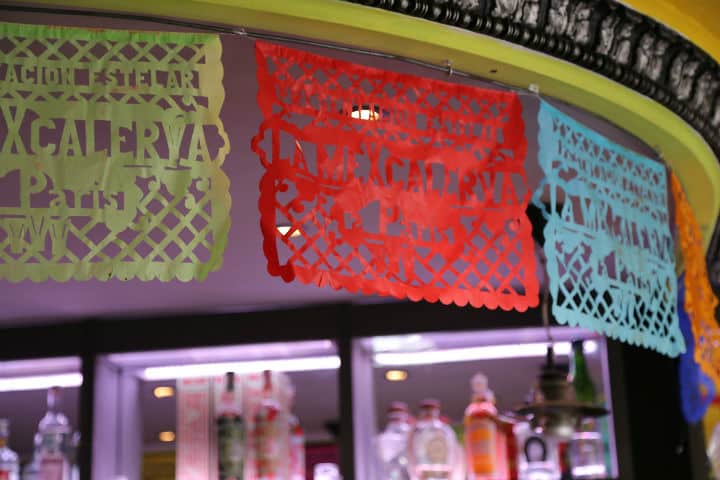 this post could not have come at a better time! i ve followed your blog for a while now in anticipation of my study abroad program in paris. after a few weeks away from the u.s., i really started to crave mexican food, and voila! some friends and i tried out rice beans this weekend, and the food was great and also very affordable. thanks for the recommendation!

Thanks for the recommendation Bonnie. I’ll try that!

Tortillas & Co. in the 10th arrondissement is also a great Mexican place! You can order to go or eat there, very cheap food, but so delicious!
http://www.tripadvisor.com/Restaurant_Review-g187147-d3696756-Reviews-Tortillas_Co-Paris_Ile_de_France.html

Good Mexican food…I was constantly on the hunt when I was living in France. This list is really helpful; will definitely recommend it to friends who often declare that Mexican food in France doesn’t exist 🙂

Wow! This looks incredible– as a California native I can totally understand a taco craving. Will check out Candelaria on my next visit to Paris!