Chocolate and Zucchini: A Food Writer’s Recipe for Success 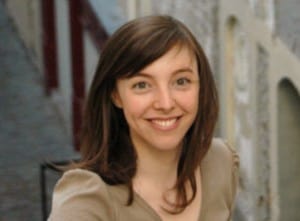 All photos courtesy of chocolateandzucchini.com

“I’m not a local food celebrity,” Clotilde Dusoulier assures me, as she sips her Perrier on a café terrace in Montmartre. And she’s right; she’s not a local food celebrity. She’s an international food sensation, thanks to her blog, Chocolate and Zucchini, which has captivated foodies around the world. While the majority of her readers are North American, Clotilde is thrilled by the amount of international attention received by her blog, which she updates twice a week. “That’s what’s absolutely magical about the internet and blogs,” marvels Clotilde. “You can draw people so close when they’re so far apart in the real world.”

Born and bred in Paris, it wasn’t until Clotilde went to San Francisco after college (where she spent two years working as a software engineer), that she realized how important food was in her life. “In Paris, French food was just a part of the air I was breathing. Once I had lived in San Francisco, the contrast made me realize how important the food culture was here.” 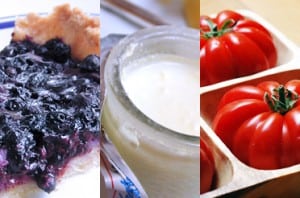 When she returned to Paris, Clotilde discovered a handful of English-language food blogs that she enjoyed reading, and in an effort to join the dialogue, she began Chocolate and Zucchini in 2003. At the time, food blogs were scarce and she never imagined that her blog’s success would alter the course of her career. Six years and two book deals later, Clotilde has established herself as one of Paris’ most dynamic food writers and culinary adventurers. Despite her success, she still enjoys the simple pleasures of life in and around Montmartre—where she can be found browsing for produce at the organic Marché des Batignolles or meeting friends for an apéro at Le Progrès. Clotilde still abides by the forces that have always guided her work: curiosity, spontaneity, and the pursuit of deliciousness. “It’s what I love to do,” she says, stating a fact that is clear to anyone who has ever read one of her creative recipes, her playful “Edible Idioms,” or her thoughtful anecdotes about eating in Paris.

Earlier this week, I met up with Clotilde in Montmartre to learn more about her career and her upcoming projects.

HiP: When you first started your blog, who did you imagine your audience would be?

CD: I didn’t think about the audience at first. From the start, the idea behind the blog was really just to take things I was excited about and then share them. There was no editorial line. The blog was an embodiment of my personal cooking endeavors—things I wanted to cook in my own kitchen, things I stumbled upon in the green market. For me, the blog is a space of freedom, and that’s what I look for in other peoples’ blogs: something that’s very spontaneous and real. I do try to keep a balance in terms of writing about savory and sweet food. That’s really what “chocolate” and “zucchini” symbolize: everyday zucchini and celebratory chocolate.

HiP: Do you think your decision to launch your blog in English affected its success?

CD: When I started the blog in the fall of 2003, there were no food blogs written in French by French cooks (to my knowledge). There wasn’t much of a francophone audience for that type of writing.  The springboard for me has really been with the American audience. Today I think the bulk of my readership is still North American.

HiP: But you have launched a French version of your blog. Do you find that you write differently for a francophone audience?

CD: I write a little differently mostly because the French language is different from the English language. It’s easier to adopt a casual conversational tone in English. In French, that sense of false familiarity can seem contrived, so I make adjustments in tone. I’m still getting to know my French audience. I have some bilingual readers who read the English blog before they began reading the French one, and they’ve said they had to adapt to the “French me.” But overall, the response has been positive and my French blog audience is slowly growing. I do the same recipes on both sites with some minor adjustments.

HiP: Has blogging introduced you to any new communities?

CD: I’ve made a number of friends through the blog—with both readers and other bloggers. Some have become close friends that I see on a weekly basis, others less often.  There’s sort of a generational bond among bloggers who began their blogs at the same time. We went through the same phases together, before blogging was as common as it is now.

HiP: It’s clear you’re a multi-tasker, but what’s a typical workday like for you?

CD: Like all writers, I imagine, I do most of my work at home, sitting in front of my computer. Working for myself took some adjustment, and working as a writer can seem lonesome, but I wouldn’t want to go back to a normal office.  I also do a lot of cooking interspersed with writing. Working at home gives me the freedom to start making dough after breakfast and have fresh bread by dinner time. I can shop at odd hours. There’s a lot of flexibility. I also have opportunities to go out and meet people and try new restaurants. And there’s a lot of emailing.

HiP: Can you tell us a bit about your two books?

CD: My first is a cookbook and the other is a food-oriented guidebook to Paris. They are complimentary and were both challenging projects in their own ways. The idea of the guidebook was to put together a collection of restaurants, food shops and experiences for people who come to Paris as visitors. It helps people know what to expect, where to go, and what different neighborhoods have to offer. I often hear that people feel intimidated when they visit Paris, so I try to give them an idea of how things work here. 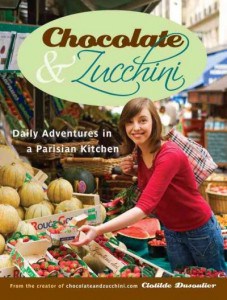 HiP: How has the Parisian food scene evolved in recent years?

CD: I returned from California 7 years ago, and over those 7 years, the neo-bistro trend is still going strong. I find that the focus on fresh seasonal ingredients is increasing all the time, which is a really good thing. The organic trend is also gaining momentum. Unfortunately, it’s very tough for restaurants to build menus around organic produce. France hasn’t developed its organic agriculture grid enough for restaurants to fully rely on it yet.

HiP: Any upcoming projects you can tell us about?

CD: I have just finished working as a consultant on the English language version of a classic French cookbook called Je Sais Cuisiner by Ginette Mathiot. It was originally published in 1932, and Phaidon will be publishing the English version. It’s very much a household name in France, and I was hired to help make sure it’s translated accurately for an English-speaking audience.

HiP: What would you want for your last Parisian meal? 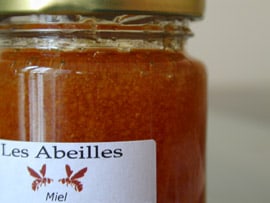 CD:  My last meal would be at my mother’s. There would be a strawberry tart for dessert, that’s for sure.  And roast chicken with green beans and sautéed potatoes. My mother is a very good cook, but sort of a discrete one.  She doesn’t make a big deal out of it. I grew up in a house where dinner was made from scratch every night. My mom still goes to the green market every Sunday morning. I’ve never had a bad meal at her table. It’s simple but tasteful cooking, mostly based on fresh ingredients that are not too heavily transformed.

And in a sense, that’s what Clotilde’s approach to food is all about: working with the resources at hand, keeping it real, balancing the “everyday” zucchini with the occasional “celebratory” chocolate. It is this friendly approach to food that has won her an international audience, and we look forward to seeing where her adventures lead next.

Be sure to check out Clotilde’s blog here.

3 comments on “Chocolate and Zucchini: A Food Writer’s Recipe for Success”

Thanks Claudia…. Hope to see your interview soon! 🙂

She seems like an angel! She couldn’t help BUT be a celebrity! Great interview over at Salon Parisienne!