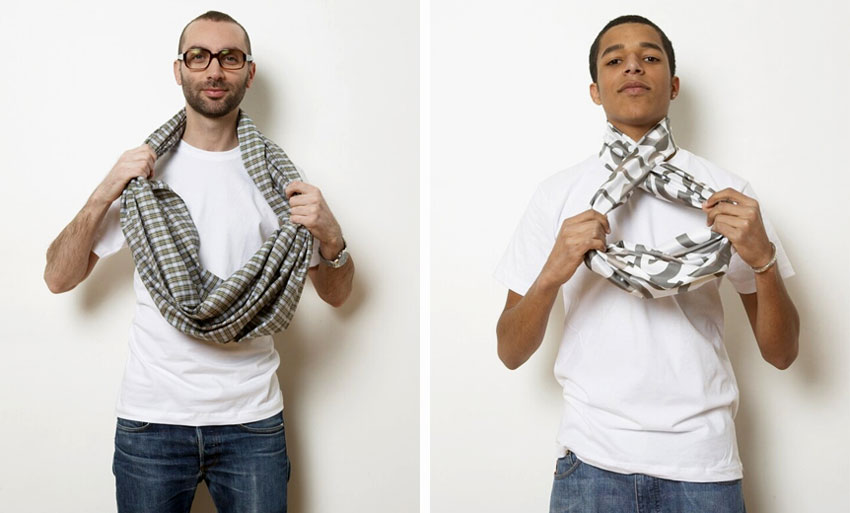 Photos Fabrice Fortin for Paris By Appointment Only

Stylish, understated accessorizing—there are few things the French do better. Especially the men, and especially when it comes to their scarves. After a decade of careful observation I’m convinced that the entire French male population has been genetically perfected to give good scarf. Believe me, if I had a dollar for ever time a visiting American guy friend asked me to give him a French echarpe tutorial, I’d be a rich lady. 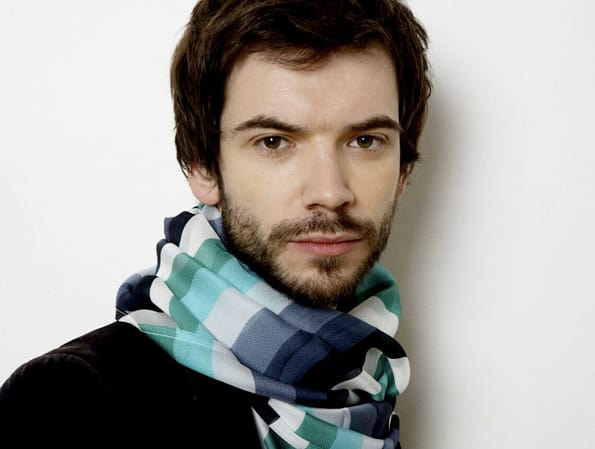 But the next time someone asks I’ll give my neck a rest and introduce Meilleur Ami instead. Launched in November 2008, Meilleur Ami is a new niche Paris-based men’s accessories brand whose name is its promise—to create designs that behave like best friends.

So strict is founder Fabien Larchez’ criteria for best friend status that there are only two designs in the collection: the perfect bag and the perfect scarf.

“A good accessory can very quickly become your best friend,” says Larchez while modeling his ingenious “080″ scarf. A zero-shaped infinity loop made from a sumptuous slice of fabric, the scarf is then twisted in the center to form a number eight and then thrown over the neck for instant style and coverage. (How friggen awesome is that?) 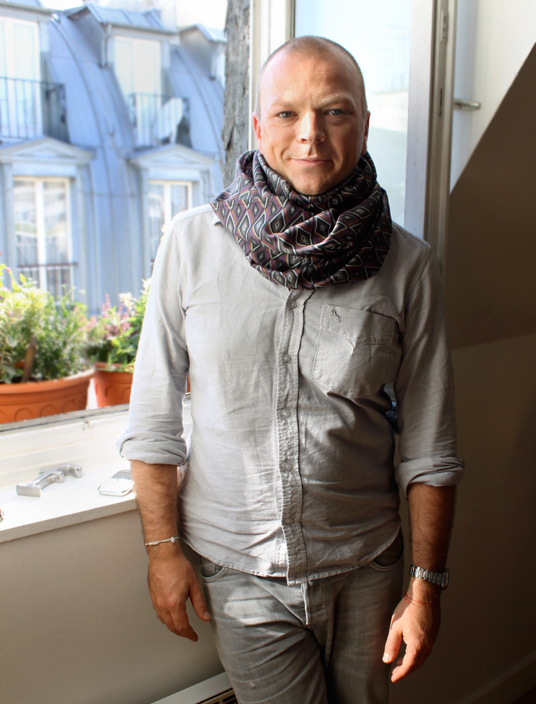 Larchez, above, uses his inside fashion connections (he worked in the biz as designer, PR and merchandising director for 20 years before launching Meilleur Ami) to source the finest fabrics for his scarves, which are fabricated in a small textile atelier in the outskirts of Paris. They’re all produced in limited series (3-6 scarves per fabric) and come in a smorgasbord of patterns and textures to suit every climate and occasion (silk, cotton and linen for summer, cashmere, wool and even leather for winter).

“The men in my family always wore silk scarves and ties, but I looked ridiculous when I tried to do the same. So I turned and twisted for years until I came up with the right dimensions to add a touch of color, texture or pattern to an outfit without looking stiff.”

Larchez applied the same philosophy of function and style to the second half of his collection: the Meilleur Ami bag. Made in the Picardie region of France by a textile factory that supplies to the French army, the bag is a godsend, plain and simple. Ample enough to hold a weekend’s worth of stuff, classy enough to take to a meeting, and light enough to sling around your neck for a day of biking around Paris, it’s the modern man’s secret weapon to practical chic. Plus it can be worn three ways: by hand, across the chest or on the shoulder. 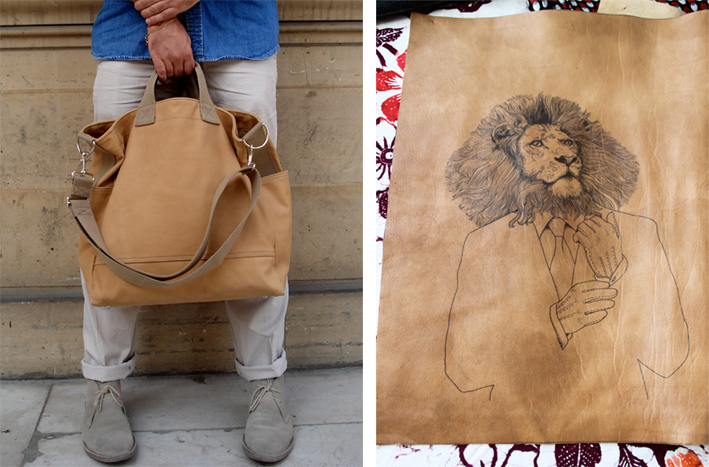 Supple, resistant and good-looking, the bags are produced in limited series using the finest skins and fabrics from Europe. The combos and colors change each season, and can be customized on demand (for extra, bien sûr). One shop even commissioned a special series of leather bags tattooed with the whimsical animal illustrations of Flo Kim (above, right). 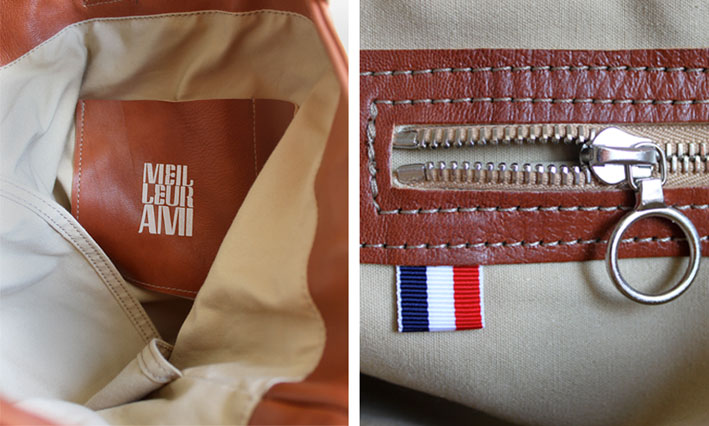 Larchez tests each model for its weight and resistance to the elements, including his own arm hair. “I use the same zipper supplier as Chanel because their zippers are sturdy and don’t catch the hairs on your arm. It’s a little detail, but it can make all of the difference.”

Written by  Paris By Appointment Only for the HiP Paris Blog. Looking for a fabulous vacation rental in Paris, Provence, or Tuscany? Check out Haven in Paris.

Love that they have Ralph’s of Chambers Street in lower Manhattan on their homepage. You could probably buy the entire contents of Ralph’s for 450 euros.