59 Rivoli: A Modern Day Artist Squat in the Heart of Paris

While Paris is one of the best cities in the world to stroll through museums and gallery-hop, Melissa Ladd — friend and author of the wonderful blog Prete Moi Paris — has unearthed one of the more raw and authentic ways to discover the Right Bank’s true emerging artistic talent. Here she shares with us the return of the artist squat, right on the rue de Rivoli! 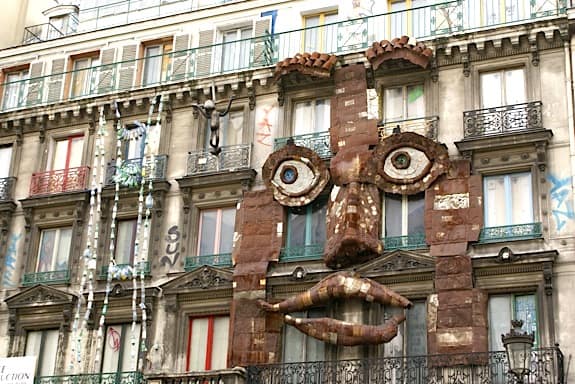 There’s ‘artsy-fartsy’, and then there’s what we call in French Bobo, meaning bourgeois-bohême… Meaning, well, ‘artsy-fartsy’! And then, there are actual real artists who don’t always come from affluent families that can afford to pay for a studio in Montmartre where they can pretend to philosophize on contemporary works that are too main-stream and “don’t dig into the real meaning of life”. The real artists are niched in little pockets of society, and they band together in hopes of surviving and being able to create their art.

You’ll find one such pocket at 59 rue de Rivoli, where an entire building has finally been given by the city of Paris to a band of bohemians. 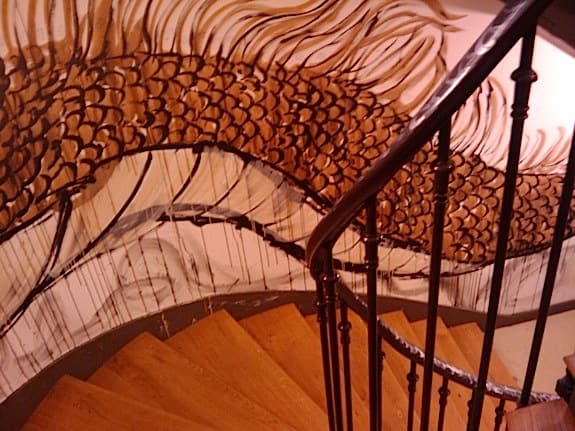 Here’s how the story goes… For ten years, 59 rue Rivoli was an empty building, serving no one, and the city was not doing anything with it. Scandalous! Ten years ago in 1999, it became occupied, by a bunch of artists who broke in through the back window and made it their place of work, of living and of exposition. Basically, a squat.

But the building needed major work that the artists certainly couldn’t finance. Under the menace of expulsion by the city of Paris, the artists went to the mayor for help. He promised to repair and legitimize their squat, so in 2006 the artists left the building in the hands of renovators. After two years of waiting, they re-entered the building – this time through the front door — and Mayor Delanoë himself gave them the key. 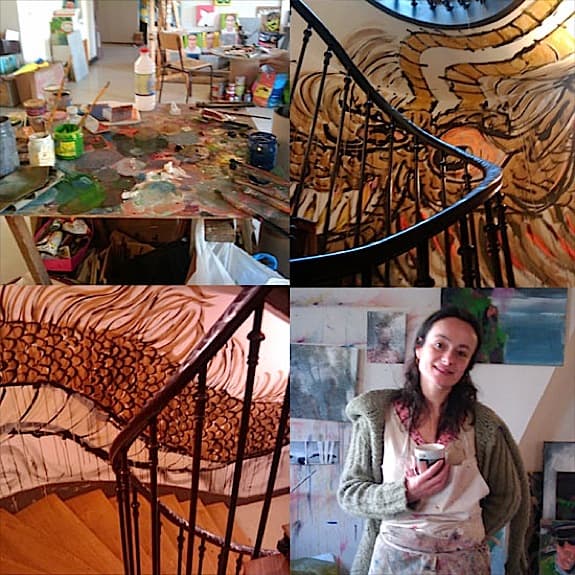 The building’s exposition spaces are open to the public at no charge. You can wander the halls on each floor and see what the artists are creating; you can even meet some of them if they happen to be around. And you can buy their art as well. I met artist Agnès de la Roncière who’s work I found quite beautiful. She also has some works at the gallery Albert Ankri on 45 rue Montmartre in the 9th.

Although the rent they pay is a symbolic sum, they do have actual expenses such as heat, water, electricity and taxes for the entire building. In Paris these prices can be astronomical, especially in old buildings, but anyone can help. You can offer donations at the entry of the building, or you can support them by becoming a card-carrying member! Check their website for details, their story (in French) and a list of resident artists.

The building is open to visitors Tuesday to Sunday from 1pm to 8pm and Saturdays from 11am to 8pm. Visit and see what it’s like for real Parisian artists, not that artsy-fartsy fake stuff. There are various styles and mediums, and if you don’t understand (or like) all of them, you can at least appreciate the struggle they have gone through to have a space of their own. 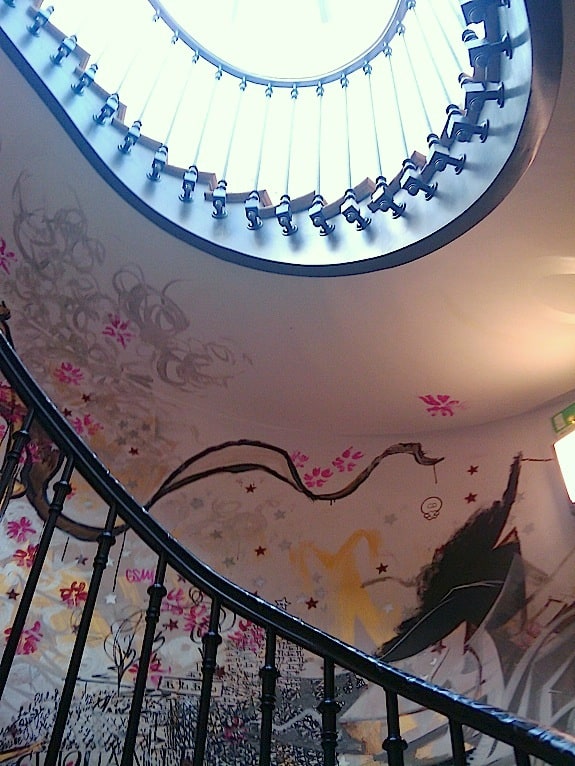 5 comments on “59 Rivoli: A Modern Day Artist Squat in the Heart of Paris”

That’s so cool! I didn’t realize you can go in there librement! I’m definitely going to check it out! thanks!

I’ve written about 59 Rivoli, too. I had a friend who just finished a 6-month residence there. I love that this place exists right in the middle of busy, bustling Rue de Rivoli!