Impressing the French: Baking For the In-Laws

Lindsey Tremuta, the author of the entertaining blog Lost in Cheeseland, offers up regular musings on her life as an American expat in France. Here, she shares a couple recipes with us: a zucchini cake with crunchy lemon glaze that held its own during lunch with the French in-laws and a mouth-watering iced lemon buttermilk poundcake. 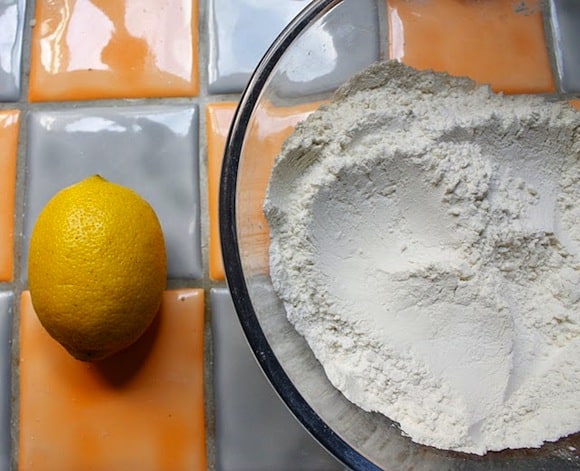 Delicious ingredients: the keys for success

When I first moved to France, cooking scrambled eggs and pasta were about the extent of my kitchen capabilities. Mr. Cheeseland was understandably perplexed how I was able to nourish myself before he came along. Well a change of scenery and a couple of years to really get settled was just the push I needed to start cooking. We generally share the cooking responsibilities but I do the baking. That is, I make attempts.

One of the first things I ever successfully produced was a whole wheat zucchini bread. At that time I was always trying to find ways to make desserts healthier which usually produced a bland final product. Once I accepted that I was really only denying myself an extraordinary pleasure, I went back to basics. Zucchini, banana, pumpkin and lemon loaves without cutting corners on sugar or butter. If you’re going to eat it, might as well make it good. 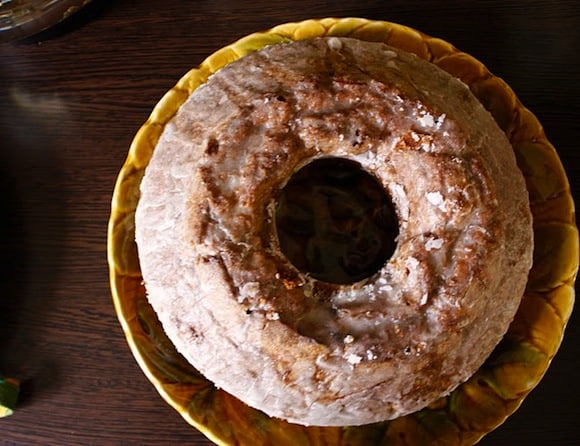 Every couple of months we get together with Mr. C’s parents and his sister for lunch, an occasion that usually translates to 5 hours of grazing and drinking. His sister is outstanding in the kitchen and always cooks up something inventive and filling – rarely traditional French dishes. That being said, she’s also known for her baking. Chocolate often makes an appearance in her desserts (if it isn’t the focus) and although it’s heavenly, I often feel unable to breathe or muster the energy to move out of my chair. It’s really an unpleasant situation. As a result, I started offering to bring the dessert to have a bit of control over how much and how heavy the end of the meal is. That hasn’t stopped her or my mother-in-law from making their own desserts thereby making the the problem I was trying to avoid even worse.

In any case, I wanted to try a recipe I found adapted from Gina DePalma’s book Dolce Italino for a Zucchini bundt cake with crunchy lemon glaze and this was the perfect opportunity to put that new bundt pan to work. I’ve made zucchini bread before which has always come out wonderfully, but this was a bigger scale operation.

As I removed the aluminum foil, unmasking the glazed cake to curious French eyes, my father-in-law asked, “what is it??”. “Un gâteau aux courgettes avec un glaçage au citron” (a zucchini cake with lemon icing). He initially looked disappointed, inquiring how zucchini could possibly be part of a dessert. Aha, I said. Just you wait. Mr. Cheeseland knew how good it would be but they were visibly ambivalent. I assume they were thinking, “this is why we need a back up dessert”. In the end, they were pleasantly surprised. The zucchini is very subtle offset by the crunchy lemon glaze (my favorite part). 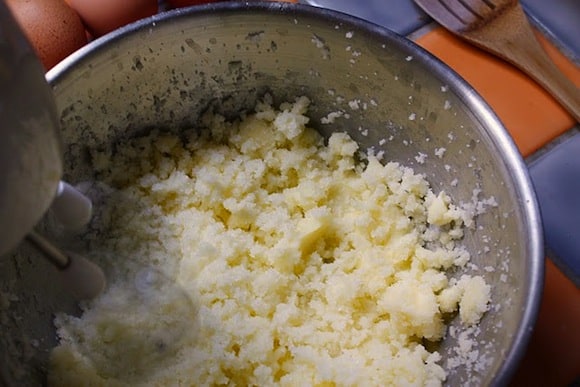 Then last week, I came across this recipe for an Iced Lemon Buttermilk Poundcake and given the success of the previous bundt cake, this seemed like it would perfect for nightly nibbles this week. The photo alone on the recipe had me drooling.

My initial screw up was mixing the butter and the sugar together before the butter was room temperature. I waited until the butter softened to continue mixing but it may have had an effect on the final product. Through my periodic taste tests of the batter (not recommended for anyone with a deathly fear of salmonella) I concluded that it was on the path to success. Into the oven it went for about 45 minutes. The recipe said 50-55, or until a toothpick comes out clean, but since my oven is tiny, I often cook it less first and determine whether it needs to go back in. 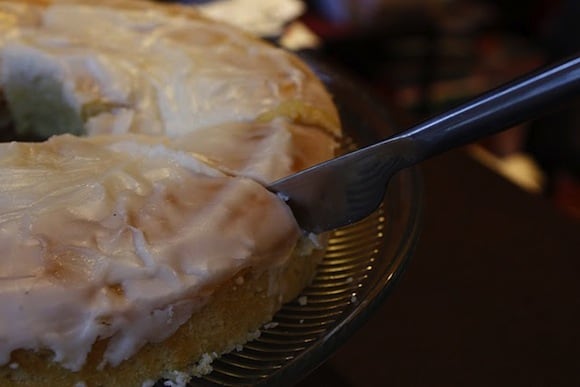 The toothpick went in and came out clean after 45 minutes so I thought that was enough. I let it cool, prepared the lemon icing and STUPIDLY didn’t take the cake out of the bundt pan before icing it. Sure, this is a problem in terms of ease of removal but it turned out to be a bigger problem when I realized that the cake wasn’t fully cooked after all and could’ve benefited from another 5-7 minutes in the oven. I got too excited.

It’s still quite good, at least around the edges, but a shame that the work and ingredients went to waste. Baking is a process and I’m far from being a pro but at least I can say it was full of flavor and something I’d even buy in a bakery!

Text and images by Lindsey Tramuta of Lost in Cheeseland. For our amazing rentals in Paris, Provence & Tuscany check out our website Haven in Paris.

5 comments on “Impressing the French: Baking For the In-Laws”

The French are like children, you often have to lie and/or trick them into eating something before revealing what it is! Usually it’s sweets they’re unfamiliar with that raise eyebrows (particularly anything with peanut-butter!)

I can’t wait to try both of these but I am especially interested in the Iced Lemon buttermilk pound cake yummmmmy!
As an aside, I often make my mom’s US zucchini bread recipe for my French friends. It is delicious and so easy to make. I never tell them what it is before they taste it, and they can never figure it out. When I tell them they are always amazed. They love it and ALWAYS want the recipe!

These both look and sound amazing!