Finding Love in Paris: How This American Guy Got his French Gal

Charlie Almond met a French girl two years ago at his housewarming party back in the states. Now he’s living in Paris and trying to sort the rest out. Here he shares a couple tips to help the average Joe pull one on the Jean-Pierres… 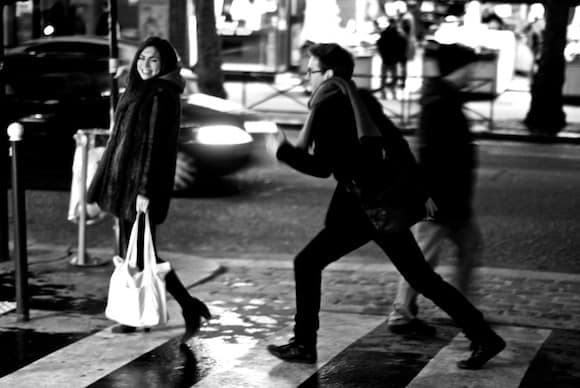 I try to fight it, but I sometimes feel like having a Parisian girlfriend has turned me into a bit of a cliché.  Really though, it’s not my fault.  Parisian girls are cute.  Something about the way the corners of their mouths curl up when they speak French drives me wild.  It’s an inviting half-smile even if they’re talking about how much they hate Belgians.  So when one fell into my lap, the chase was inevitable.  Now that I’m here, what have I learned?

Parisian guys are the reason why I could get a Parisian girl. Sorry messieurs, but when you look like the pilot cast for a European Jersey Shore, you’re not going to bag a classy Parisian lady.  Yes, your chest hair is nice and you can carry on a conversation about hair products, but that’s not enough. Parisiennes do not like competing with their men over who’s prettier, especially if that also means fighting for shelf space in the bathroom. 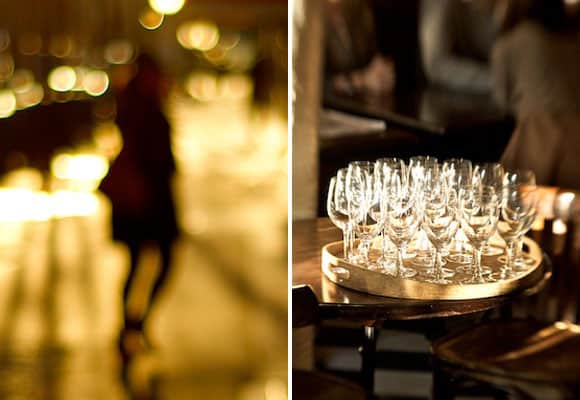 What Americans bring to the table. Let’s face it: if you’re spending time abroad, you’re probably not too stereotypical.  You’re adventurous, worldly, and probably just fashionable enough to please a discerning French eye (on your good days). To the benefit of our oft-stuffy counterparts and despite our prudish national reputation, Americans are also more open and jovial socially.  What’s more? We’re funny, and we all know humor goes a long way in defeating the rich, successful, over-groomed square in hand-to-hand combat. Right?

Paris is romantic, if you are. Sure, you can walk by the Eiffel Tower on your way to McDonald’s, but that’s not why it’s called the city of love.  It’s not exactly hard when there’s a flower shop on every block, wine is cheaper than dunking your head in the Seine and you can find macarons that are actually worth the 3 Euros-a-pop the patissière will extort from you.  Be spontaneous.  Find a small, quiet nook in the city and have a makeshift picnic.  And yes — it’s still a picnic if the blanket is your jacket and the food is wine. 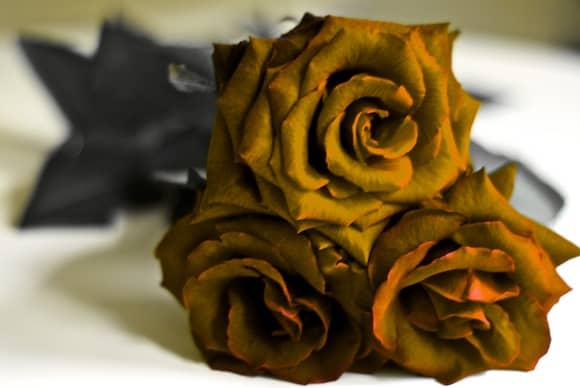 Designer Roses in Paris – can it get more romantic than this? (Dave Bloom)

Her friends. You are obligated to attempt to speak French, then you will no longer be allowed to speak French.  You see, they often speak English pretty well, and you’re there for them to practice on.  See how that works?  Oh, and make sure to tell her that her friends are hot.  You get in trouble for NOT saying it here.

As for myself, I am the proud, hair-gel free, joke-cracking, coat-top-picnicking newly Parisian boyfriend of a gorgeous Parisian woman. What can I say? Cherchez la femme…

Written by Charlie Almond for the HiP Paris Blog. Looking for a fabulous vacation rental in Paris, Provence, or Tuscany? Check out Haven in Paris.

20 comments on “Finding Love in Paris: How This American Guy Got his French Gal”

made me laugh out loud –
SO stereotypical and so utterly lovely…. I must say that I’m not overly impressed with the Parisian men myself – they tend to love themselves a bit too much in my opinion, so your tip to praise the women’s beauty is a golden one.
I also enjoyed the comments – very varied!
Good luck to the lady hunters, be they Americans or from other shores.
Kiki (v happily married to a French spoken Swiss man)

I completely disagree with you.I am very often in Paris,since my boyfriend is French,he’s originally from the South.I have Serbian/Croatian/Italian heritage and I currently live in Germany.

“Sorry messieurs, but when you look like the pilot cast for a European Jersey Shore, you’re not going to bag a classy Parisian lady. Yes, your chest hair is nice and you can carry on a conversation about hair products, but that’s not enough.”

This does apply to quite a few French men in Paris – a few.The rest of the guys I see are the best dressed men compared to other European countries (I live in Germany).And not only best dressed,but also best-looking ones who master the French chic like no one does:being elegant with a touch of laisser-faire.Like Parisian women they have the je-ne-sais-quoi and the famous nonchalant spirit what I personally love.
And I must apologize in advance to say that,but American guys cannot compete with French guys and are half of their size – like Jason said.I have been to New York City and Boston.I have seen a huge bunch of very good-looking men,well-dressed,etc.,especially in New York.And to me they did seem funny and quite open-minded,but they are far from being able to compete with the French male charme and their great sense of style.I had and I don’t have any issues with them,I had no personal bad experience.But I would always choose a French man over an American and not because of the sexy French accent and the superficial compliments – but because they have more class and more subtlety,and they are way better educated than American men.And the French guys I met (apart from my boyfriend) have been very funny and entertaining…So yes,I love dating French guys and I can only recommend it!

This is so cute. Maybe it’s just ’cause I’m an American gal with a Parisian man, but I feel like I never hear about it the other way around! ^^

All the best to you both!

This is so romantic!!!

The pictures are awe-some.

Nice to finally get what every girl wishes: insight into guys minds.

Oh and be sure to come and join my Amazing Giveaway from Splenderosa!

Loved it !
All American men should read this 🙂

Yes Amy, let us know. We need the inside story!

Great to hear a guys perspective. Just returning from Paris (with my wife) I find what he says spot on. Plenty of beautiful women, and men half my size.

What a cutie! I love how honest you are and you have confidence despite your flaws you so openly admit. American ladies lost out! But I’m happy for you known the less 🙂

A refreshing take on the usual expat-dating blog. So tired of reading about either a) the ugly American or b) the American Sex God in Asia or Russia. Now we need a followup from some women in Paris who are loving dating the French guys….

Ahhhh, super cute! Though maybe I should ask my French husband to write a piece explaining why he prefers American women 🙂

Hi Amy! That sounds like a great idea! I would love to hear his take…