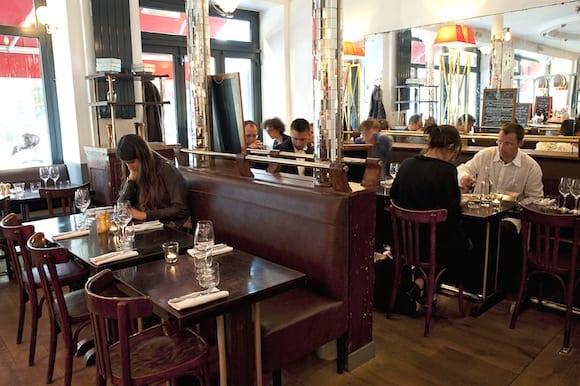 When you’ve lived in Paris awhile, dining options can become a little, shall we say, lackluster. Don’t get me wrong—it doesn’t get much more delicious than French cuisine, bien sur. But one can only eat so many chevre chaud salads, salmon tartares and steak frites before ennui descends. 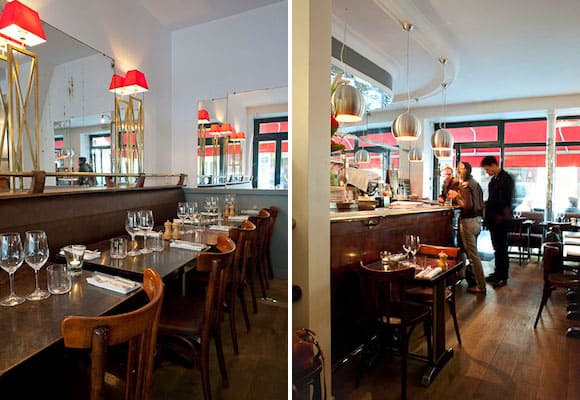 Thank goodness this past year has ushered in several exciting restaurant openings with creative cooking and cool scenes on equal display. Here are two to try right now.

The Scene: Le Pantruche, 3 rue Victor-Massé, 9eme Down the street from Le Lautrec; around the corner from Hotel Amour; not far from rue des Martyrs—in other words, the neighborhood of the moment. But instead of a feverish see-and-be-seen vibe, La Pantruche exudes smart and quiet elegance—c’est branché all the way. 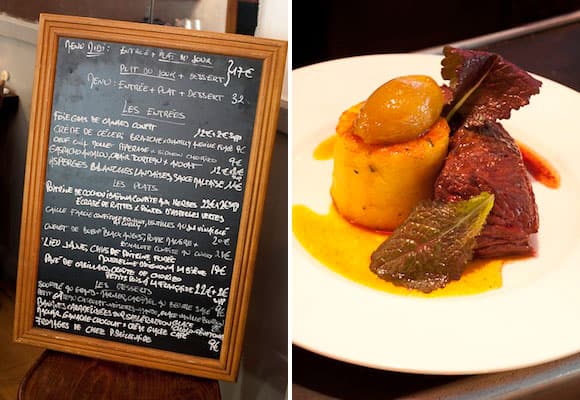 The Set-Up: The compact 34-top dining room is dark but warm, thanks to dim lighting and natural wood banquettes. Support poles appliquéd with mirror chips glitter like disco balls, bringing a delicious taste of the neighborhood’s tawdriness inside. But the convivial-meets-cool vibe is best brought to life by the charming service, led by Edouard Bobin. 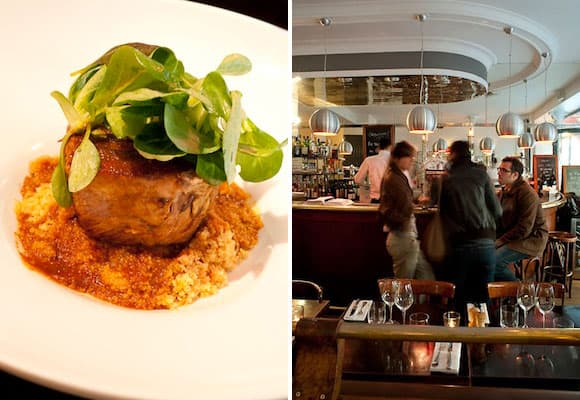 The Food: Chef Franck Baranger earned his chops at Christian Constant’s Les Cocottes and Le Bristol, and it shows in every beautiful dish. Entrées such as duck confit and creamy celery root soup do a perfect job of offering a rich start the meal, without being too heavy for the courses that follow. Even a seasonal joy, like white asparagus, is dealt a decadent hand with creamy, citrusy Maltaise sauce. Options for plats range from chorizo-encrusted cabillaud served on a bed of fresh green peas to l’onglet de boeuf, “Black Angus” steak. It’s worth noting that the midi menu is nearly half as much at the dinner (a bargain 17 euro vs. a very reasonable 32). But whenever you go, be sure to save room for the sweetly delicious Grand Marnier soufflé. 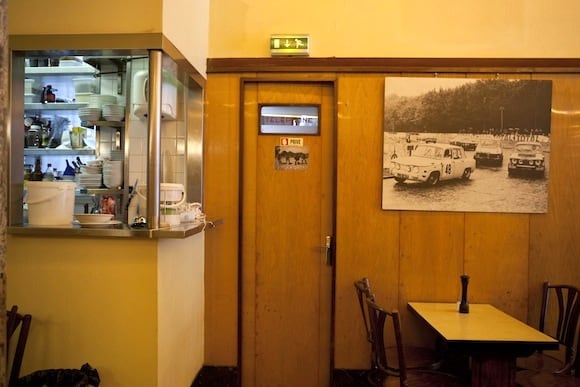 Located on the main stretch of Oberkampf, it looks like any other unassuming neighborhood cantine—until dinner time. That’s when young, hip couples and small groups of friends—women in Liberty prints and slim jeans; men wearing funky frames and baskets—take over the front sidewalk, smoking, drinking and eating up the light bites. 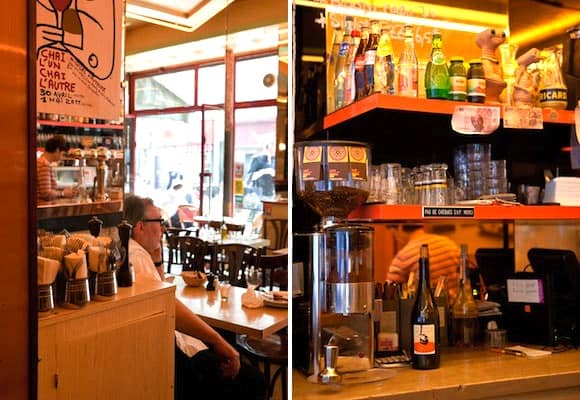 The Set-Up: There are four tables squired in the back, beneath an (allegedly) original Calder mobile. One would think these discreet tables would be the most popular, but—it’s Paris! Being on display on the terrace is most preferable. If none of the outdoor tables are available, opt for a spot across from the bar, which is in the thick of the boisterous activity and still affords a view of the buzzing sidewalk. 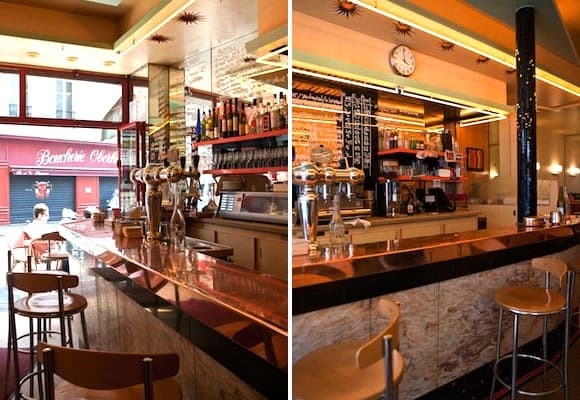 The Food: Surprise! There’s no prix-fixe carte here. No entrées, no plats, no chalkboard menu. Just a rotating selection of small plates to be shared (rightly priced from about three to eight euro each). And in the spirit of tapas, many of the ingredients are Spanish. For example, Manchego cheese is offered along with creamy burrata and smoked mozzarella. Since the mussels and white asparagus were already sold out when we were there, we ordered the tortilla, layered with potato and onion, and piquillo peppers, which swam in a plate of olive oil. Brandade de morue and grilled sardines were a few other savory dishes, while rhubarb crumble and rice pudding where on hand for dessert.

Written by Amy Thomas for the HiP Paris Blog. Photos of Aux Deux Amis by Cara Tobe; photos of Le Pantruche by Julien Hausherr. Looking for a fabulous vacation rental in Paris, Provence, or Tuscany? Check out Haven in.

Aux Deux Amis, what more can I say than this: I wish you were my local!

I tried to book a table au Pantruche the day before I wanted to go there. Mistake. Which I committed 3 times (some people never learn!)- Le Pantruche is such a hit, you need to make a reservation far in advance. So I am yet to go there (sigh), but I did recently go Aux Deux Amis and loved it. The atmosphere was fabulous and the food was good for a reasonable price. Thanks for your review! Cheers

It was certainly fun. I would go back again to see if it is the same a second time. Le Pantruche was really great too. We should try that as well sometime Sion.

It was a pleasure discovering Aux Deux Amis with you and Erica! Was certainly a different Paris dining experience. I thought it was very funny that the “menu” was handwritten on the waiter’s tiny notebook 🙂