Although the trend is nothing new stateside, the French have been a little slow to hop on the artisan & craft beer bandwagon. This could be all set to change, however, with a new opening in Montmartre that has serious beer drinkers rejoicing. -Geneviève 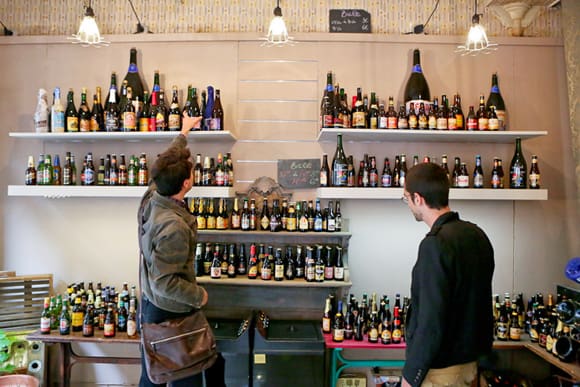 Paris, a city known for being the wine-imbibing capital of the world, has another vice that’s been garnering more attention as of late. 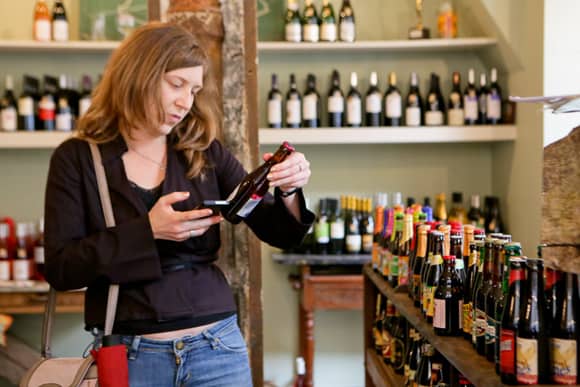 Beer has always been an important staple in the cafés and brasseries of Paris, a demi-pression being a popular and affordable choice as an aperitif, or to sip indulgently throughout an evening with friends en terrasse. 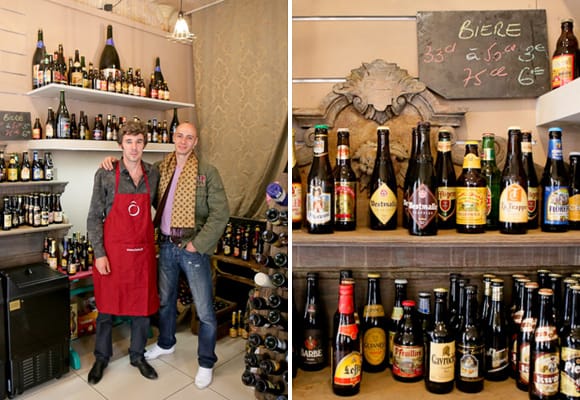 As of late, however, it seems that many Parisians have been craving more of an artisanal touch than their trusty 1664 or Kronenbourg can provide. 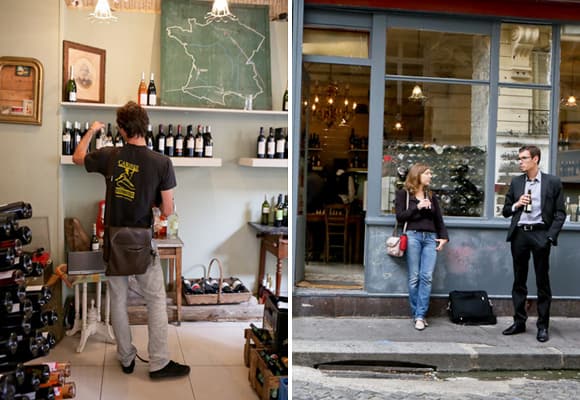 At Peoples Drug Store, owner Guillaume Lucas has transformed a Montmartre corner storefront into an understated haven for Parisian beer-drinkers looking to delve beyond basic supermarket staples. The selection of over 500 beers sourced from around the world (although notably dominated by the Belgian sort) is casually put on display with no sign of hierarchy. 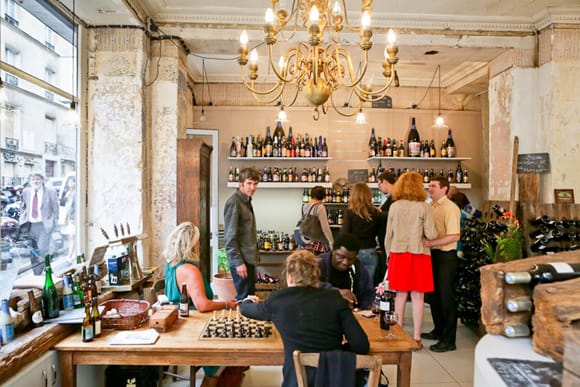 Guillaume is not exactly quick to make a recommendation of what beer he thinks you should try; rather, he encourages you to sit at the rustic, wooden table to play a game of chess and unwind for a bit. But once he eventually comes around to talking shop, he proves his enthusiasm and love for beer to be undeniable, and perhaps even unconditional. 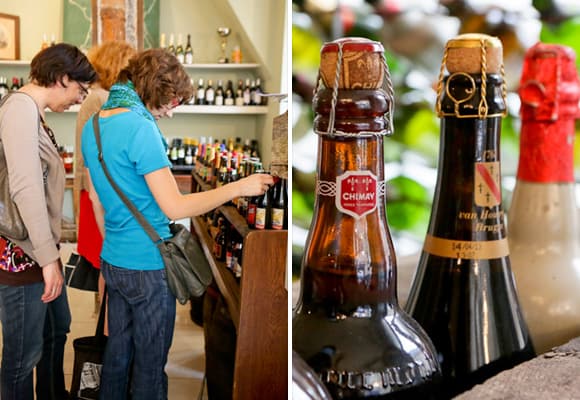 While none of the bottles in the shop are au frais, all they need are a few minutes inside one of Guillaume’s prized bottle-chilling machines, and you have a perfect bouteille fraîche to quench your thirst after a climb up la butte Montmartre. Pricing is shockingly fixed at €3 for 25-50cl bottles and €6 for 75cl bottles. 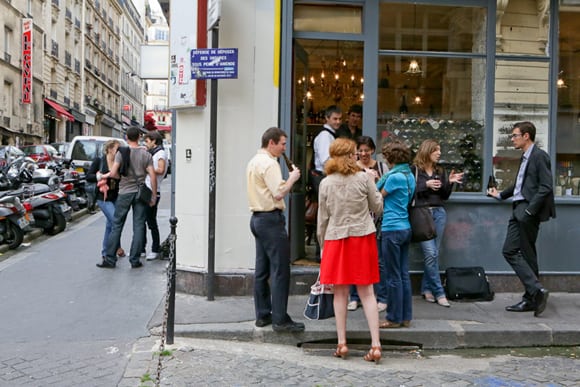 From a New Yorker’s perspective, it is bewildering to see Delirium Tremens and Chimay sharing both a shelf and a price tag with Budweiser and Red Stripe. Whether Guillaume’s egalitarian approach is a daring business model or derived from a monk-like philosophy, or likely some combination of the two, the result is an awesome consumer experience, completely void of any cost deterrent. 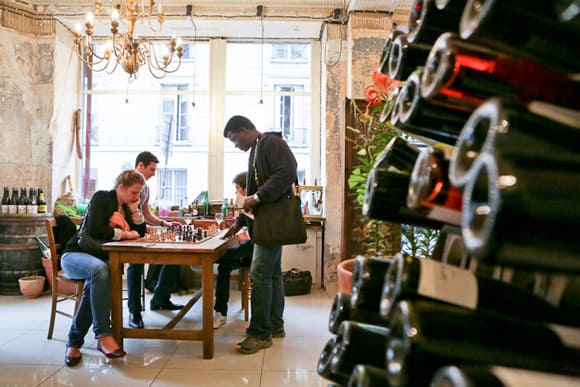 Is the refined, award-winning Duvel from Belgium a superior beer to the sweet, scarcely known Dodo from La Reunion island? Of course it is. But that adorable, chilled bottle of Dodo beer hit the spot better than anything else I could have imagined on a recent summer evening, watching the sunset over Paris from my window in Montmartre. 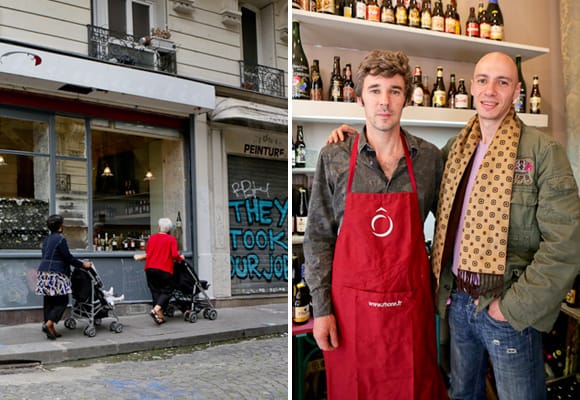 Peoples Drug Store is open 7 days a week, from noon to midnight (and even later on the weekends). A limited selection of biodynamic wines and ciders are also sold. 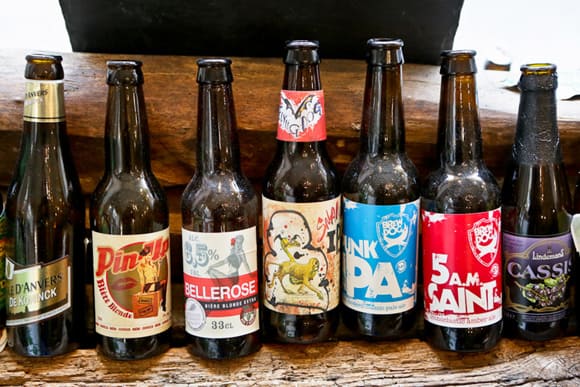 Written by Elise Marafioti for the HiP Paris Blog. All photographs by Didier Gauducheau. Looking for a fabulous vacation rental in Paris, London, Provence, or Tuscany? Check out Haven in Paris.

17 comments on “A New Trend Brewing in Paris: Artisanal Beer At People’s Drugstore”

An AMAZING discovery !!!!! What a cute little place with so many choices of beer and more – A NOT TO MISS PLACE !!!

Went by yesterday to try it but it was shut! Dommage!

Interesting as always! Will you be at Fête des Vendanges de Montmartre this year? We aim to be there. x

Looks like the French are really getting into beer! I interviewed an Englishman who is brewing British ale – in France! He says that the French customers love it and he’s getting orders from all over France – perhaps they even stock it in Peoples Drug Store?! Great photos – and love the post. If you’re interested in the English Norman Conqueror’s beer story – here it is! http://www.thegoodlifefrance.com/the-english-norman-conqueror-le-brewery/

Seems like I’m pretty much like Paris when it comes to beer, haha. I’ve always been more of a wine drinker, but as of late I start to appreciate beer more and more.

I want to try them all!

I’d like to try out their beer selection one of these days. I think they will be brewing only the best. The better to satisfy our needs.

Well written review! I can’t wait to check it out! On hot days in Paris, my Philadelphian past starts to peak out as I begin to crave a nice chilled beer. Looking forward to it!

This looks so wonderful! I want to go here! Thanks for sharing 🙂

My partner and I are visiting Paris in December and I an currently looking for inspiration and places to go! I have been a few times before, but it will be my partners first time. Looks like I just stumbled upon your blog just at the right time!!!!

What an amazing post!! I just got back from a few days in Belgium, indulging in their fantastic beers and moaning about the lack of it back in Paris – and I come home to this post! I am so excited to try this place out. It’s high time we had decent beer in Paris!

Thanks so much for sharing!

Just a note from a beer fanatic–Kronenbourg and 1664 are the same beer 🙂 So glad to see that France is finally hopping on the craft beer trend!