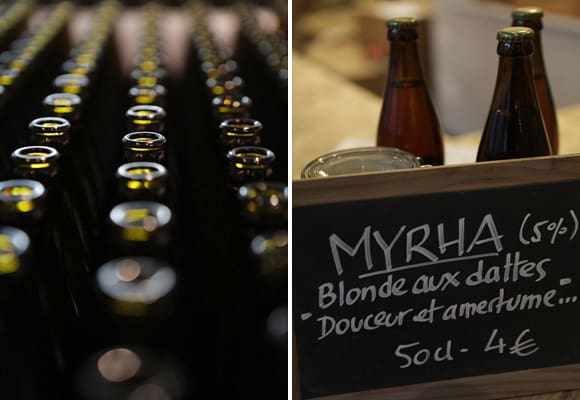 One of my favorite things about visiting Paris is taking as much of it as possible back home with me. After filling a suitcase with gifts, souvenirs, and an assortment of my favorite products collected at Monoprix, I always squeeze in a bottle or two of good French wine. But the next time I visit my favorite city, I will be swapping out the wine for something a bit more Parisian: beer. 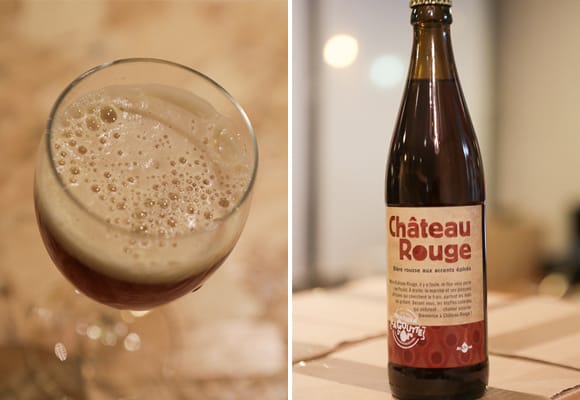 Yes, that’s right. Parisian beer! Brewed, bottled and sold at the newly opened Brasserie de la Goutte d’Or, the first serious microbrewery Paris has seen in recent history. These new brews of la Goutte d’Or are a unique and exciting blend of owner Thierry Roche’s passion for artisanal beer and love of the neighborhood where he lives and brews. 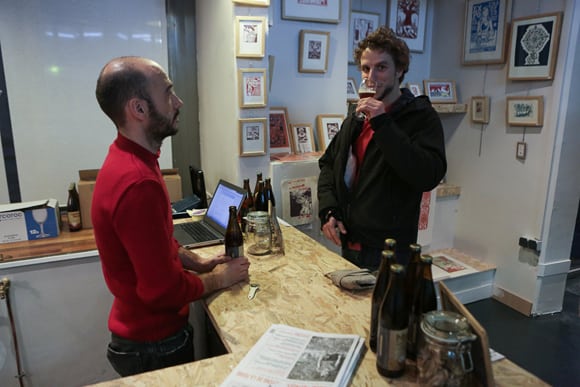 The Goutte d’Or is a bustling neighborhood cradled by Barbès-Rochechouart and La Chapelle as it runs north past Château Rouge along the eastern slope of Montmartre. It is home to a working class community of predominantly North and West African immigrants, a vibrant quartier commonly referred to as Little Africa. 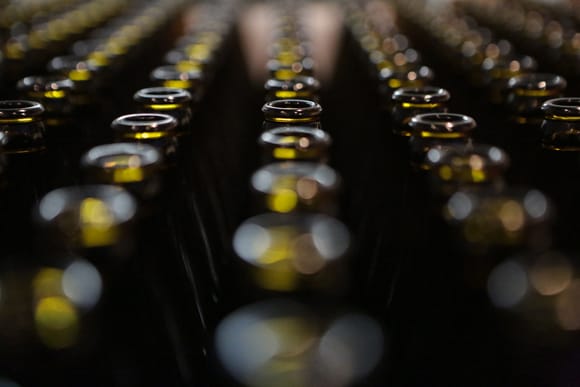 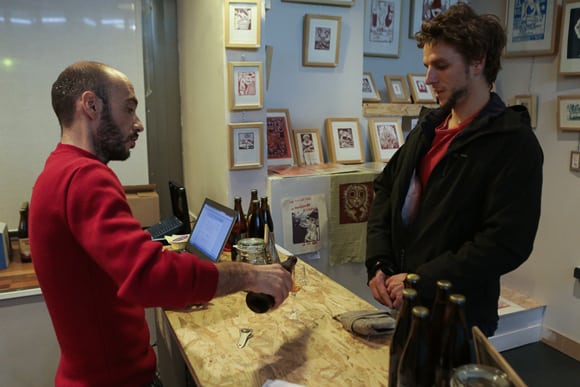 At the heart of the neighborhood is the Marché Dejean, a busy street market where the sights and smells might make you forget that you are in the middle of Paris. Crowds of locals, sprinkled with colorful dashikis and skullcaps, shop for all of the spices and ingredients you probably won’t find in most traditional French restaurants. The Marché Dejean is also where Thierry finds most of his ingredients for his neighborhood brews, including ginger, hibiscus, hot pepper, and dates. 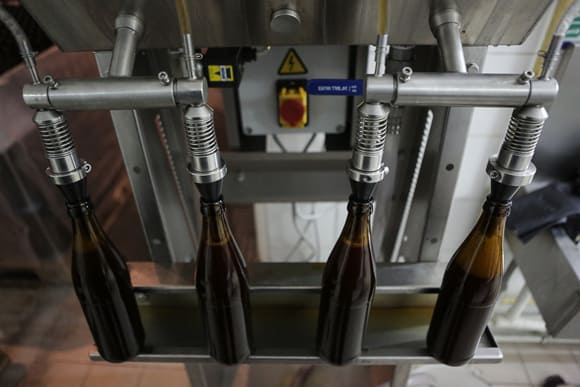 Each of Thierry’s handcrafted brews is bottled with a colorful label that gives a proud shout-out to its locale. Château Rouge, a red IPA with spicy notes, was named for the busy metro stop that opens out onto the Marché Dejean; Léon, a dark brew with hints of ginger, references some local businesses found on the nearby street the beer was named after. For Christmas this year, the Brasserie is promoting its Charbonnière, a slightly spiced and peaty amber beer at 7.5% alcohol, named for the street that draws you into la Goutte d’Or as you venture off the Boulevard de la Chapelle. 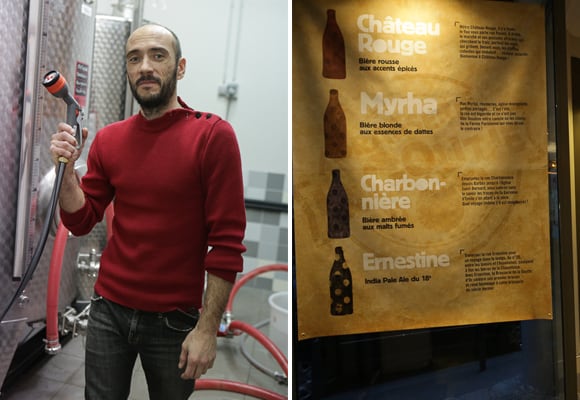 Since opening its doors in October, the Brasserie has been met with great enthusiasm and curiosity. As Thierry explained to me during a quick break from his non-stop labor of love, the problem in France is not that there has been a lack of interest in good beer, but rather there has simply been a lack of good supply. 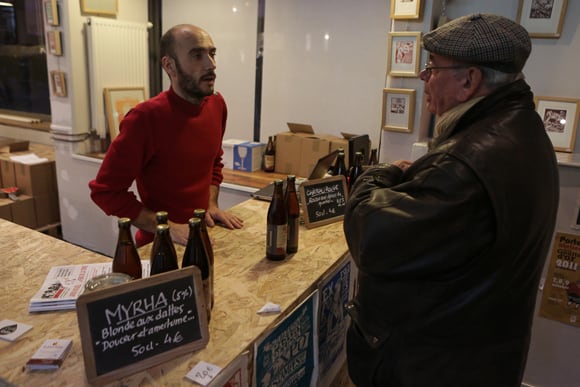 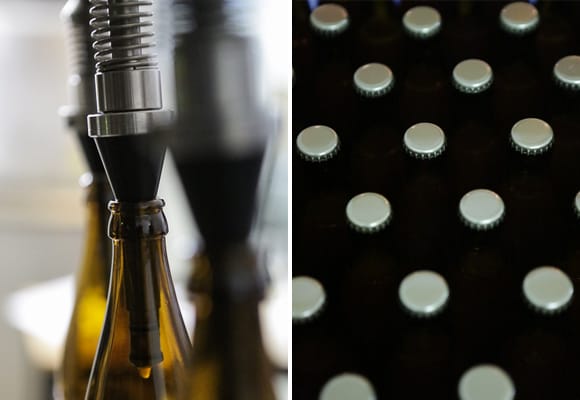 The growing popularity of the many beer shops that have recently popped up throughout the nation’s capital, such as People’s Drug Store, shows that there is indeed a substantial market for artisanal beer in Paris. Thierry financed his dream project in part thanks to Ulule, a Paris-based online crowdfunding website, proving that Parisians are seriously thirsty for local craft beer in particular. 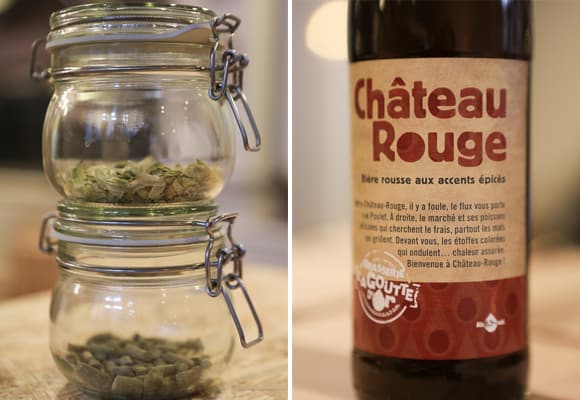 Because you can’t find the brews of the Goutte d’Or outside of the 18th arrondissement just yet, stop by the brewery and have Thierry personally pour you un goût of his latest brew to savor and maybe learn a bit more about the exciting neighborhood it came from. If you are looking to take a piece of Paris home with you after your next visit, I can think of no better way than by picking up a few bottles of the intoxicating flavors of La Goutte d’Or. 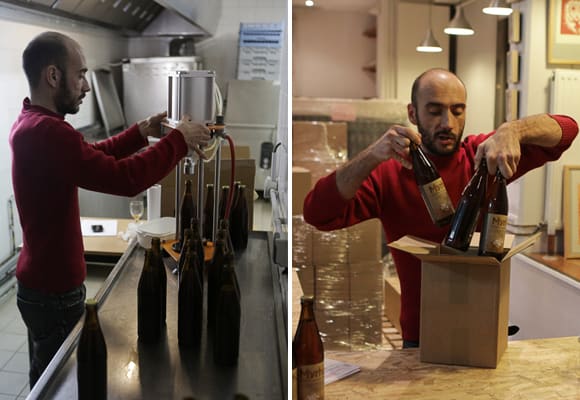 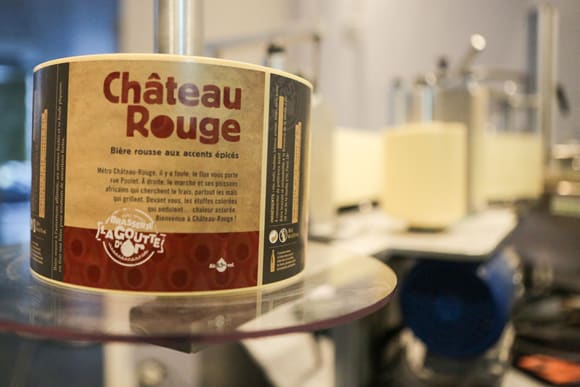 Written by Elise Marafioti for the HiP Paris Blog. All photos by Dider Gauducheau. Looking for a fabulous vacation rental in Paris, London, Provence, or Tuscany? Check out Haven in Paris.

Your blog is my inspiration