All That Glitters: Paris for Lovers (of Fine Jewelry)

From the glittering Eiffel Tower to the lights dancing on the Seine, Paris is a city that shimmers, and not only on the outside. Considered by many to be the capital of fine jewelry, the city is a treasure trove for collectors and enthusiasts with its famed jewelry houses at Place Vendôme and historical pieces in museums across the city. However, it can also be an exclusive and secretive world. Graduate Gemologist and antique jewelry expert Alexis Vourvoulis is trying to lift the veil through her company Bijoux Society. On her website she blogs about up-and-coming jewelers and jewelry auctions and offers excursions to places like Place Vendôme, the Marché aux Puces, and the Musée des Arts Decoratifs.

The decorative arts museum next to the Louvre has been collecting jewelry since 1878 and has 2,200 pieces dating back to the Middle Ages currently on display. “Because of the stiff competition with other museums in Paris, the lines here are generally very manageable. Usually I’m the only one in the jewelry department for hours,” says Vourvoulis.

I met her there on a Friday afternoon and during our three-hour visit I learned about the history of jewelry while taking in a dizzying array of bijouterie and joaillerie (the latter is jewelry containing precious gemstones). Pieces ranged from an emerald devant de corsage, or 17th century stomacher, to a chrysoberyl-encrusted sevigné bow, a style made famous by Louis XIV’s jeweler. The museum is home to one of the largest Art Nouveau jewelry collections in the world, including the works of artists like Henri Vever and Renée Lalique. Lalique’s famed brooch “The Kiss,” which he made for his lover with whom he had a son, is inscribed with, “I dream of kisses that will last forever” and is part of the collection. 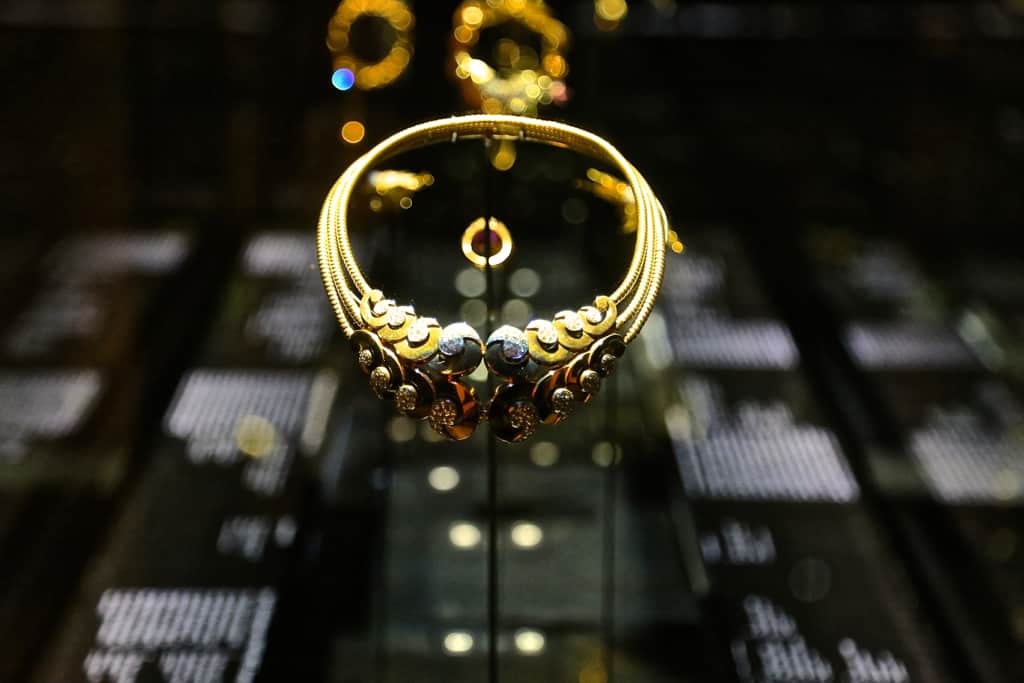 Jewelry lovers should make their way to the Louvre where they’ll find what’s left of France’s crown jewels. Tragically, France sold its crown jewels in the late 1800s and many have been dispersed. Historians believe the Hope Diamond, now at the Smithsonian, was the deep blue diamond worn by Louis XIV and Louis XV. Much of what was saved or salvaged, including the colored gemstone and pearl crown of Louis XV and Queen Marie-Amelie’s diamond and Ceylon sapphire jewelry set, is on display in the Apollo Gallery. The Empress Eugenie’s pearl diadem and coronation crown can be seen at the exit of the Napoleon III State Apartments; it is also worth seeking out the crown of Charlemagne worn by Napoleon during his coronation, also in the Decorative Arts Collection. 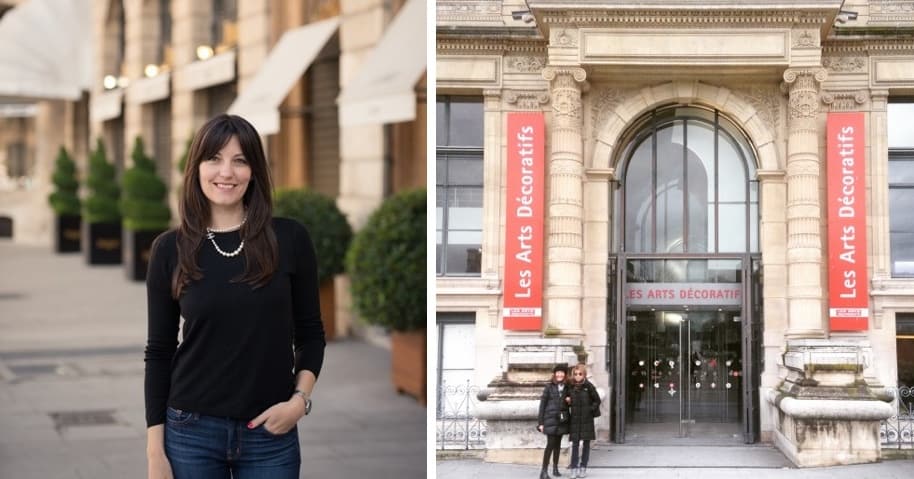 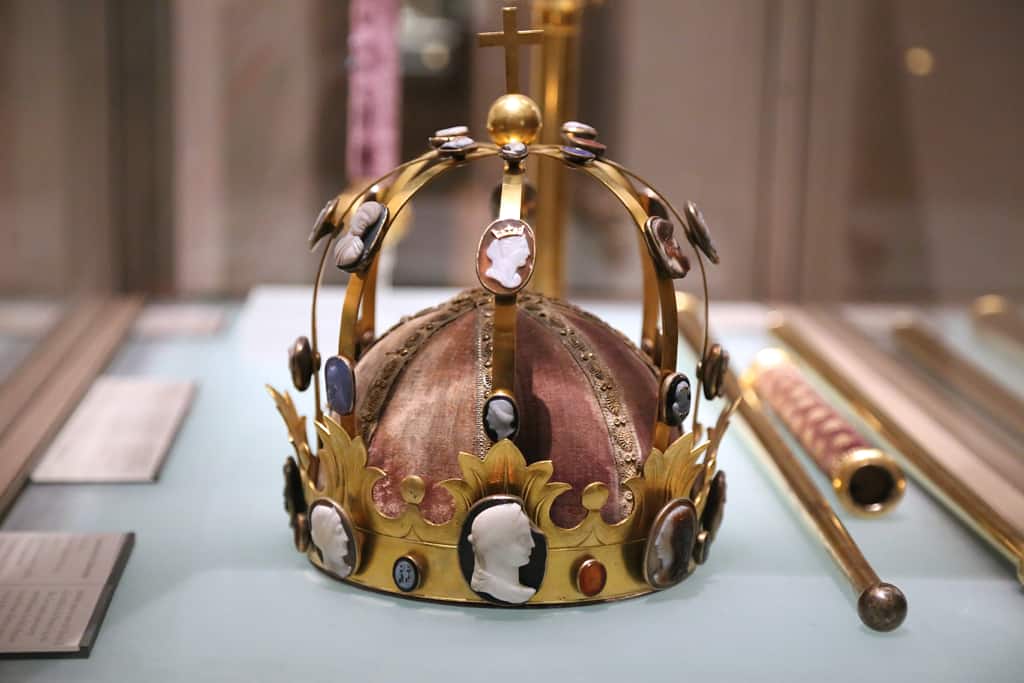 To see the finest in current jewelry-making, look no further than Place Vendôme, where you can ogle the windows of Cartier, Boucheron, Van Cleef & Arpels, and Chaumet. Vourvoulis says the square became a fashionable address for jewelers after the Palais Garnier was built, as high society would pass through the square and down Rue de la Paix on their way to the opera. Vourvoulis’ two-hour walking tour of the area covers the history of the jewelry houses as well as their famous clientele. 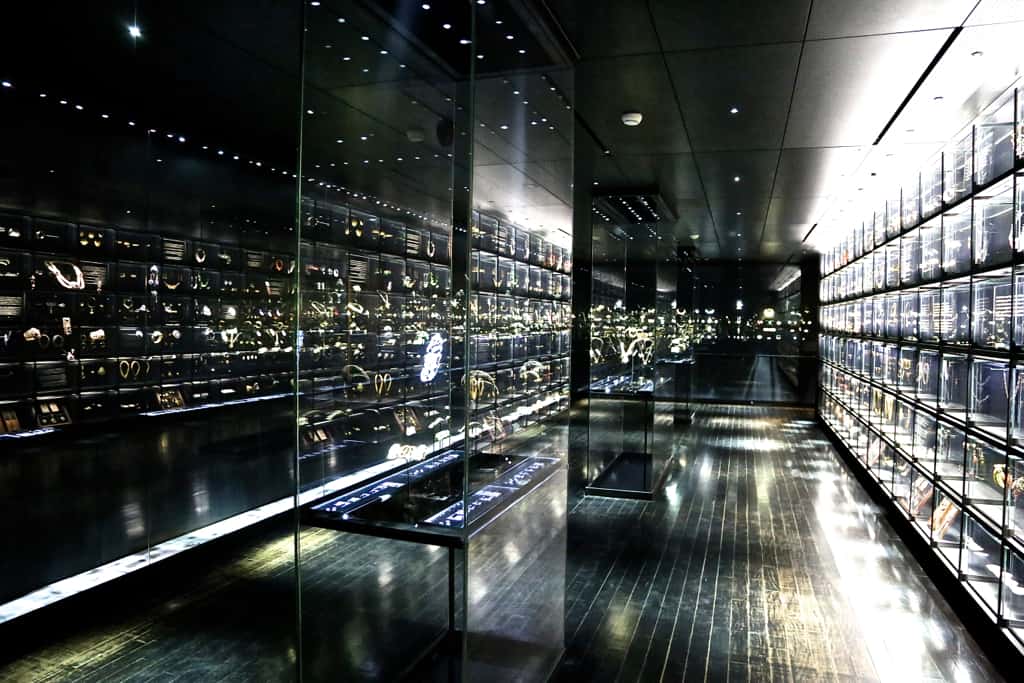 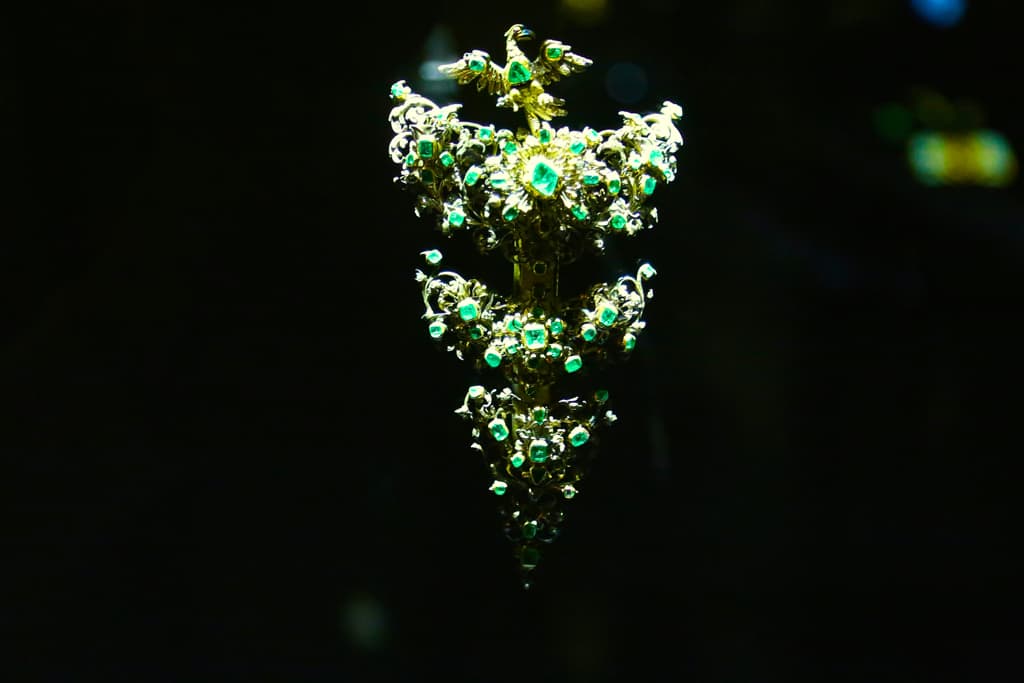 For those in search of a piece of bijoux to take home, Vourvoulis recommends visiting the Marché aux Puces in the 18th arrondissement. The large flea market is the place to score fashion jewelry like vintage Chanel, Hermes, Dior, and Schiarparelli, but she admits it can be tricky. “Some dealers don’t put tags on their merchandise so they can hike up the prices for tourists, and some sell new jewelry as “antique,” says Vourvoulis. If you decide to venture out on your own, she recommends making sure to look for chipped, broken, or cracked stones. And she says it never hurts to ask the person in the shop which is their favorite piece and why. “A piece of jewelry is made great by the story it tells,” says Vourvoulis. 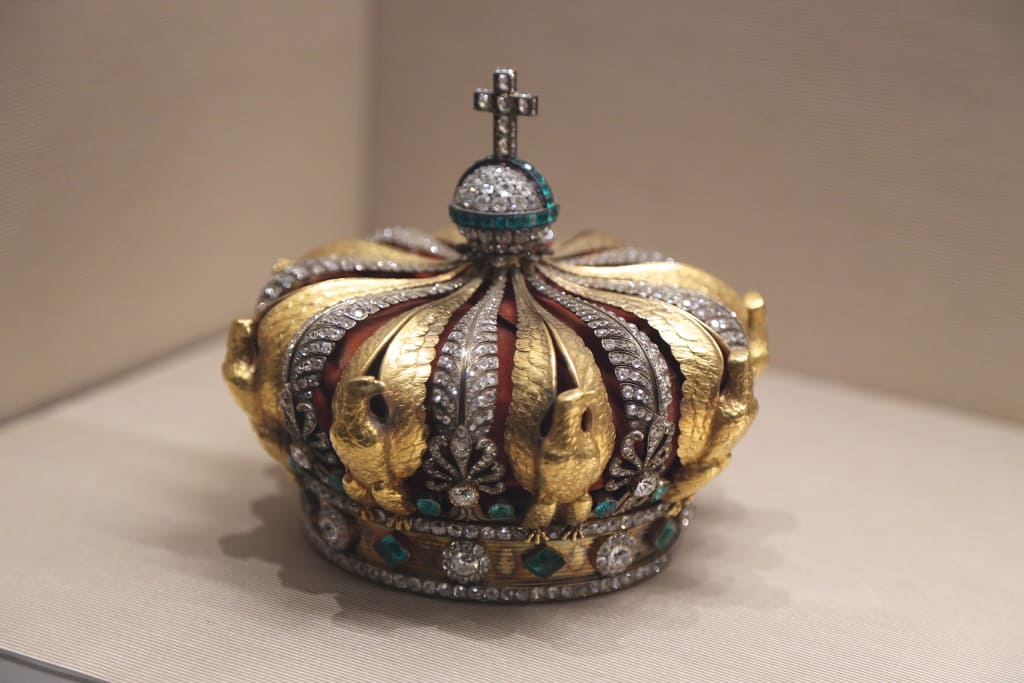 The Paris 2024 Olympic and Paralympic Games: Everything you need to know
The Allure of the French Kitchen
Moving to Paris: Diary of a Would-Be Parisian
The Sweepstakes is Ending: Win a Week in Paris

5 comments on “All That Glitters: Paris for Lovers (of Fine Jewelry)”

Great jewelry. I have the same but second hand.

Thanks for the great post. I never been to Paris, but i will soon. Wish me luck!

Would love to have the photo references.