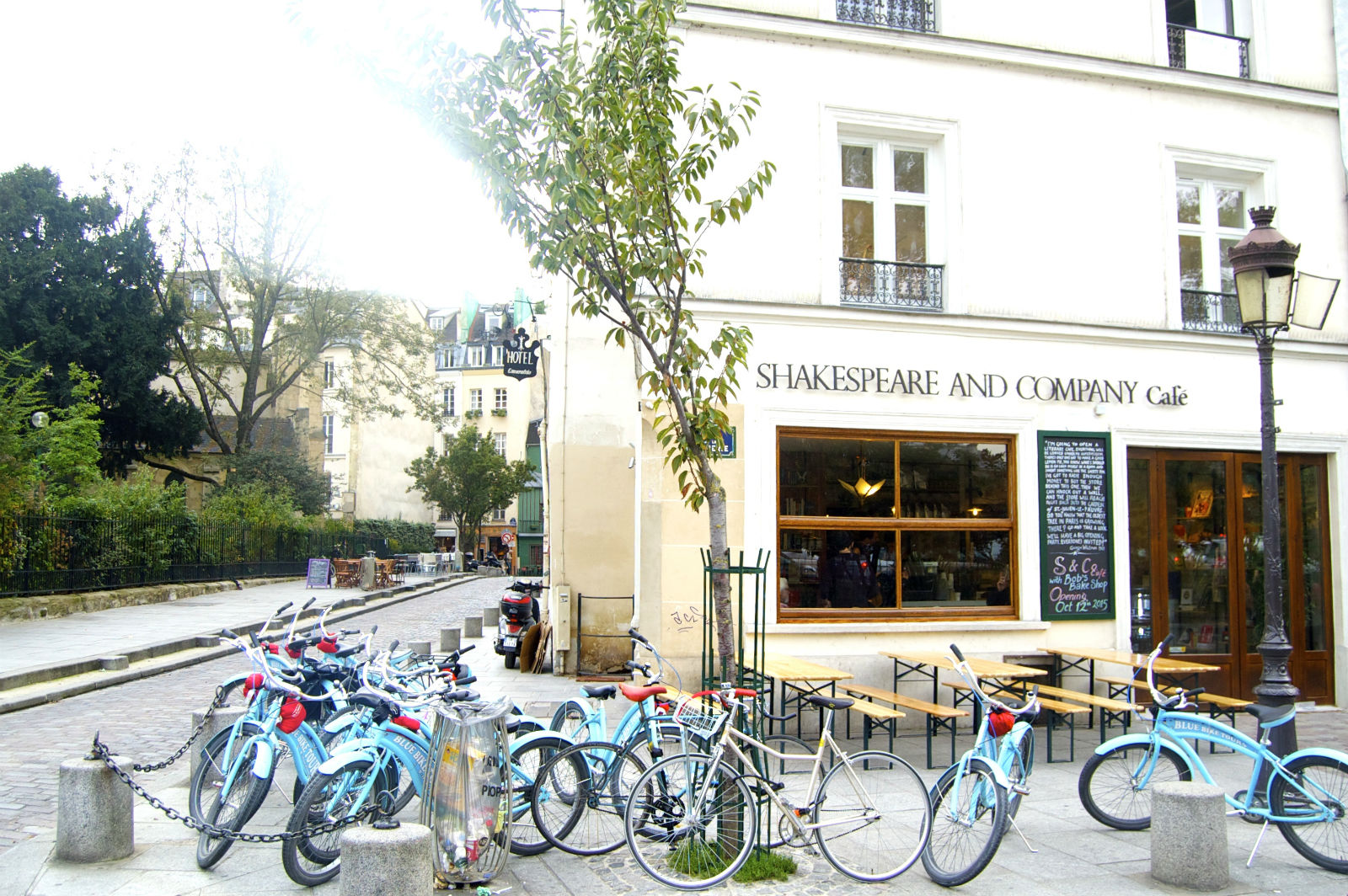 Welcome to the newly opened Shakespeare & Company Café, located next-door to the famed bookstore that carries the same name. It’s the perfect place to grab a latte on the go, rendezvous with your Editor to discuss a new writing project, settle in for a few hours to people-watch, or – as is only fitting – escape into a book from one of the shelves (the selection ranges from Whitman to Twilight). 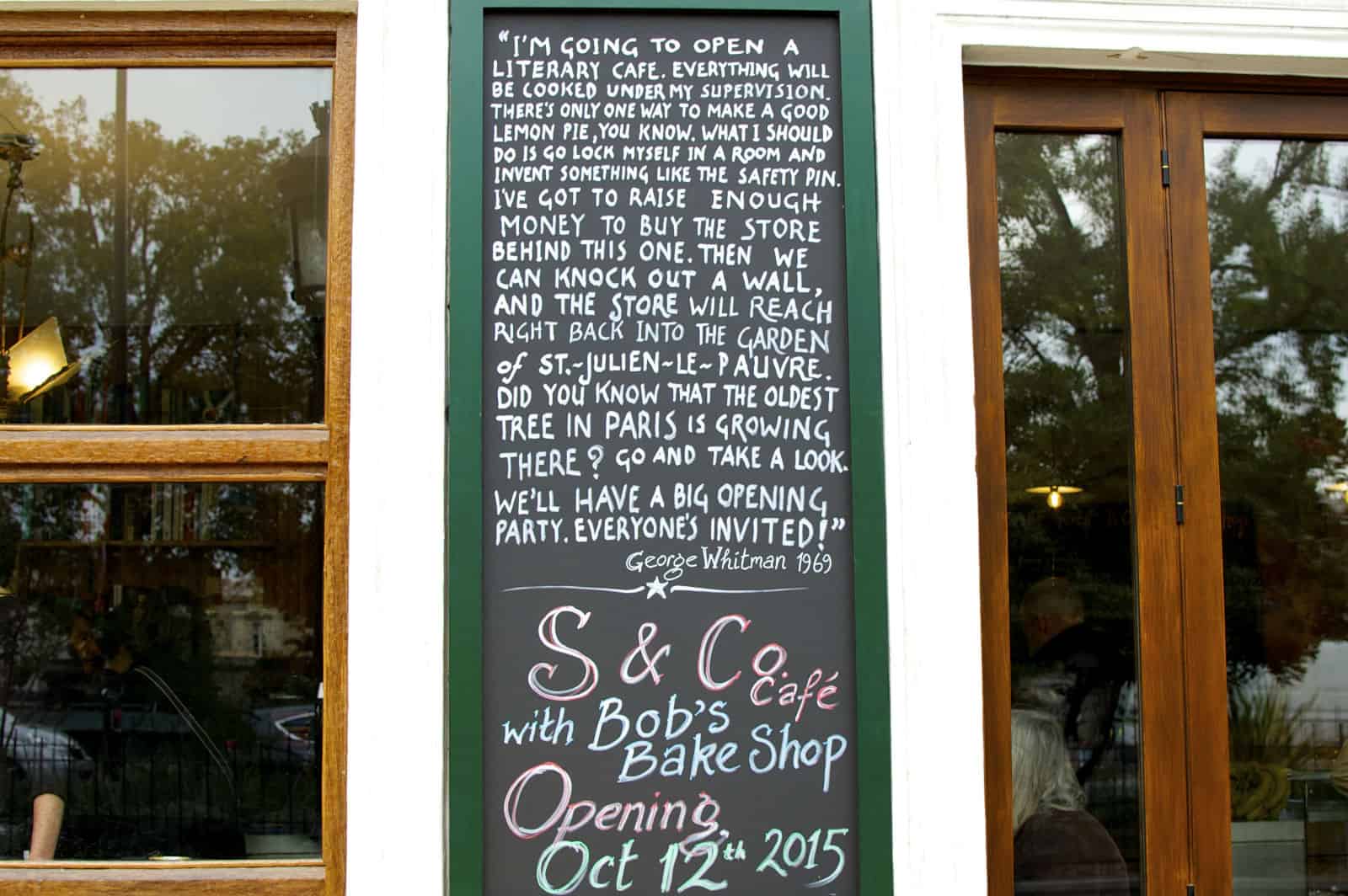 American expat Sylvia Beach opened the original Shakespeare & Company bookshop at 12 rue de l’Odéon in 1922, its home until it was closed during the Nazi occupation of Paris. Beach published the first version of Joyce’s Ulysses, lent out D.H. Lawrence and Tolstoy novels to Hemingway for free, and ran in the circles of writers and artists of the “Lost Generation,” such as T.S. Eliot, Ezra Pound, F. Scott Fitzgerald, Gertrude Stein, and Man Ray. 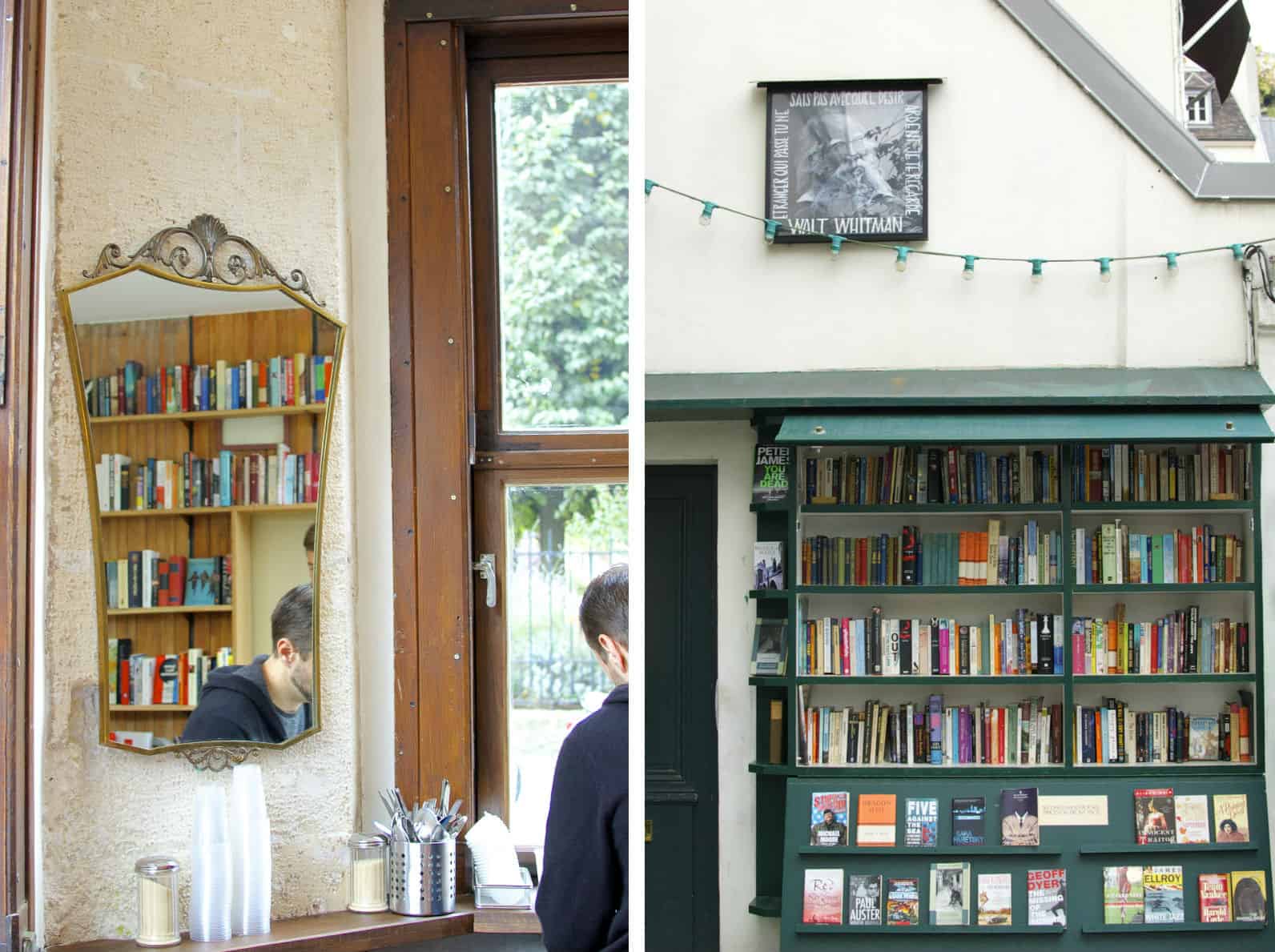 In 1951, late New Jersey native George Whitman opened his quaint bookshop at 37 rue de la Bûcherie, and named it after Beach’s establishment. He managed to keep the legacy of the original alive over the years, attracting poets of the “Beat Generation” throughout the 50s and 60s, renowned authors and philosophers to this day, and offering travelling writers (which Whitman called “tumbleweeds”) a place to sleep in exchange for help around the shop. 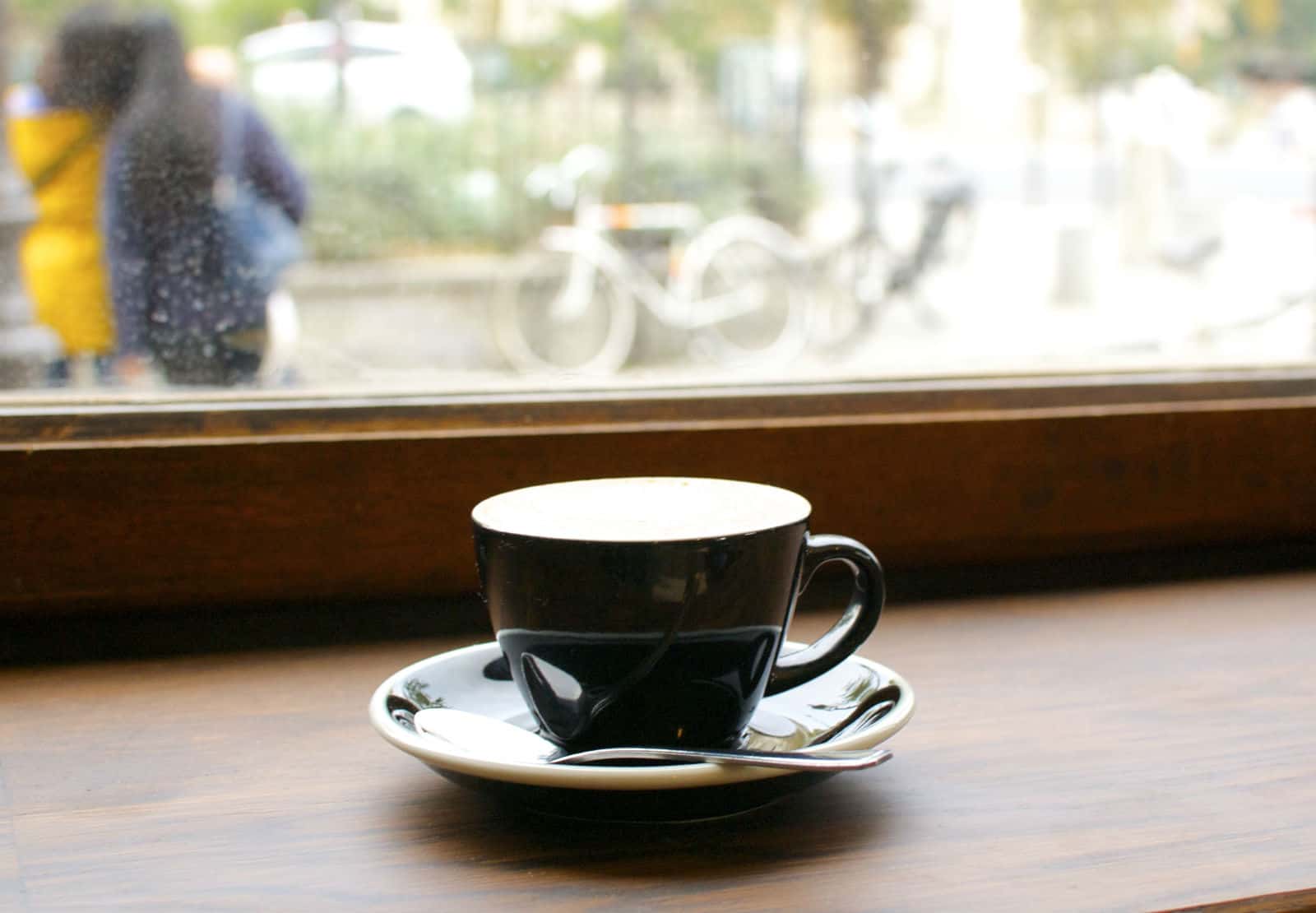 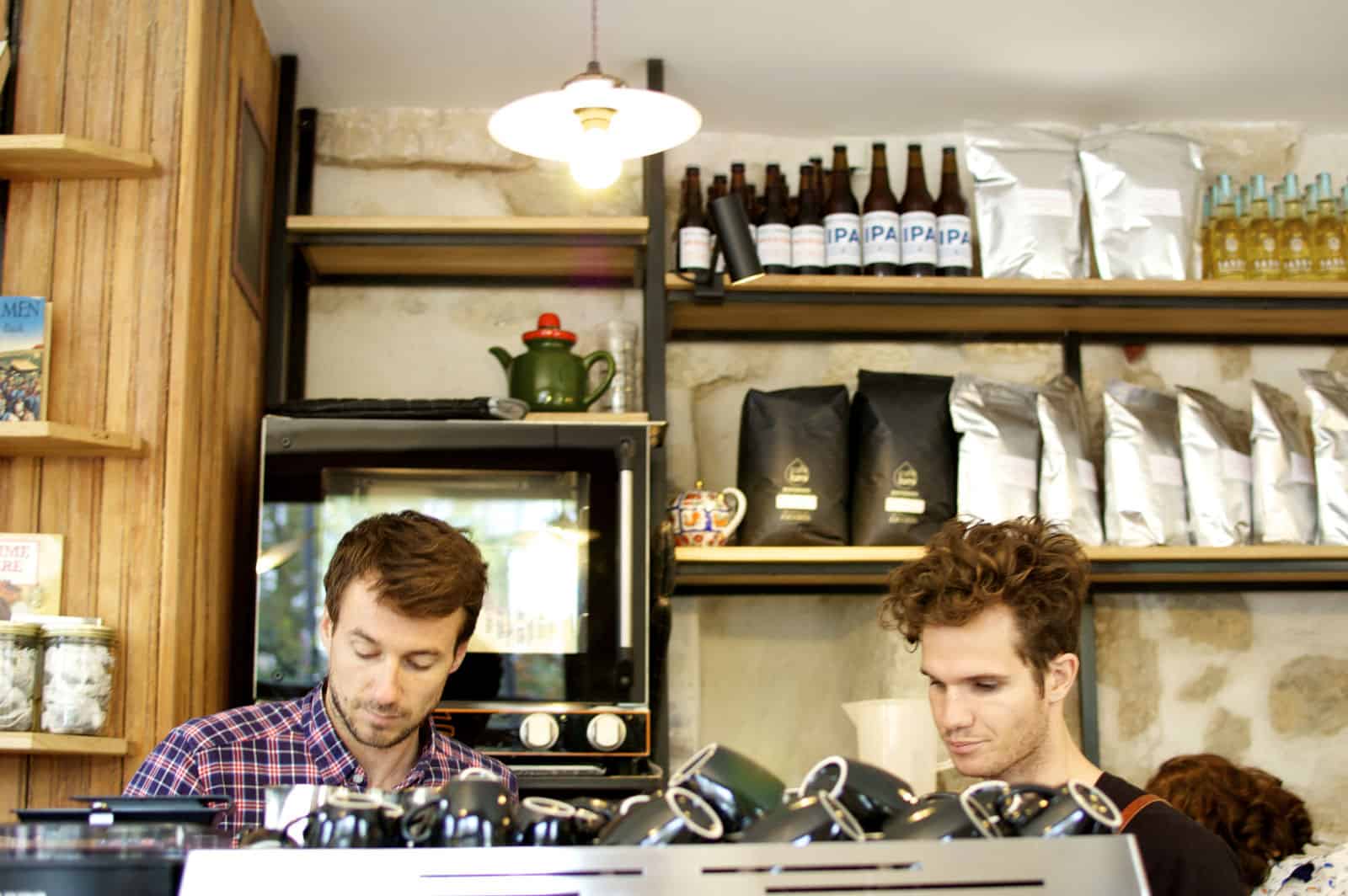 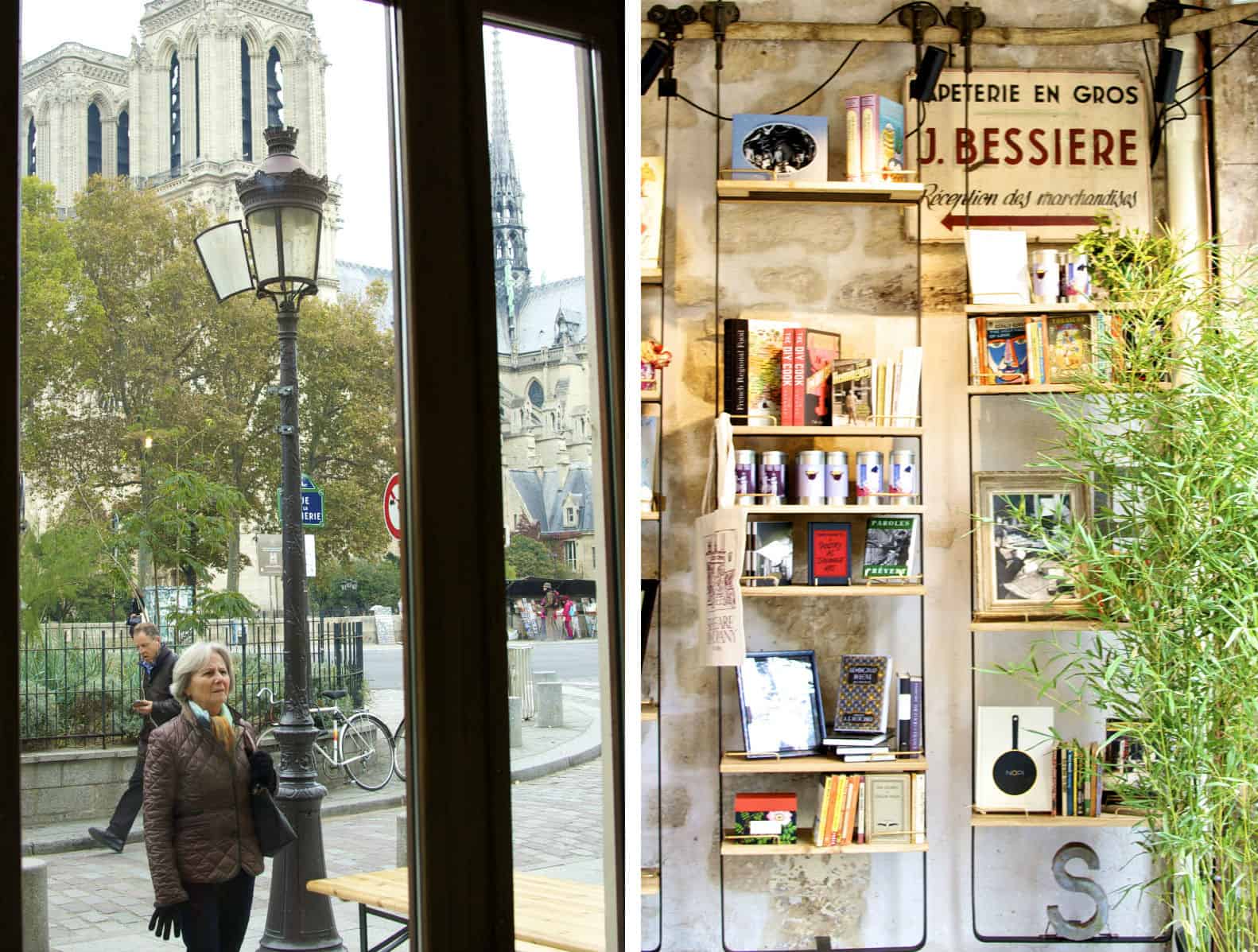 A light menu and uncluttered décor feel up-to-date, while bookshelves and a romantic countertop facing Notre Dame keep with the tradition of the corner café’s historic next-door neighbor.

The café brings together some of Paris’ finest local producers—tasty coffee roasted by Café Lomi of the 18ème and craft IPAs and blonde ales from Montreuil’s Deck & Donahue. Grossman specializes in healthy, vegetarian, and gluten-free sandwiches, salads, and pressed juices, but his hand-rolled bagels and decadent pies, brownies, and dark chocolate matcha cookies are worth the indulgence.

Customers can also choose from literary themed items such as the “Shakespeare Shake,” the “Flapjack Kerouac,” “The Bun Also Rises,” or a picnic basket complete with wine, cheese, and a short story. The café even offers a version of the Proust questionnaire to peruse while you dine. 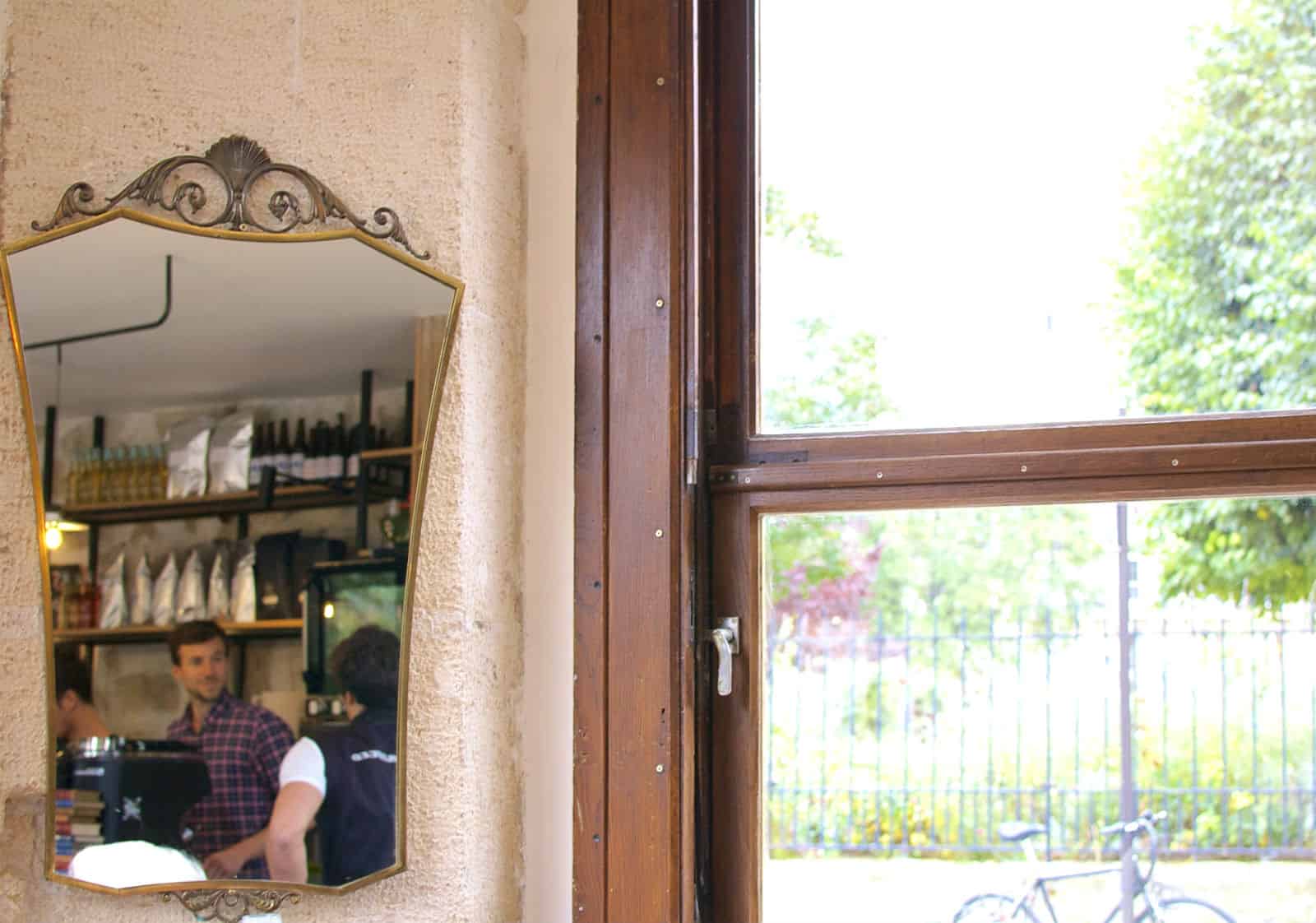 Independent booksellers are increasingly scarce nowadays, and even while flooded with tourists taking Instagrams and picking up hardcovers from the “Lost Generation” section at the store’s entrance, Shakespeare & Company maintains its un-corporatized sense of community and openness, and reminds us of the pleasure in buying books from a local shop instead of online.

“Be not inhospitable to strangers, lest they be angels in disguise” is still painted above the doorframe on the second floor of the bookstore and one gets a similar feeling – like returning to somewhere you belong – when walking into one of Grossman’s other friendly establishments. The partnership proves a perfect marriage of philosophies and an exciting new chapter in Shakespeare & Company’s storied and cherished history. 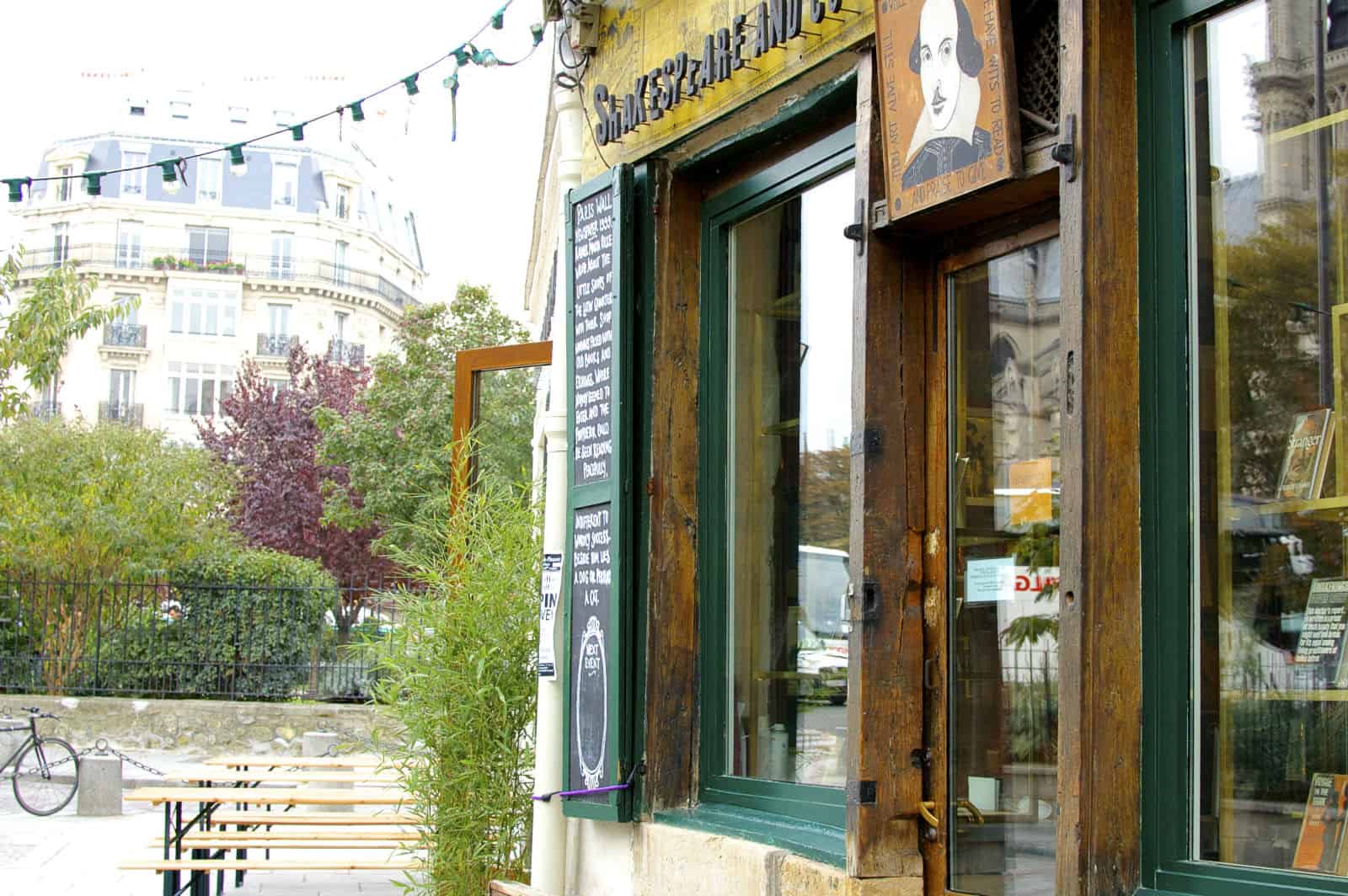 Great memories of Paris. We are going again in April, Springtime In Paris with places like Shakespeare

We always stayed in that neighborhood when we visited Paris. We stayed in a wonderful small hotel then we got an apartment with a view of the Eiffel Tower. Lovely memories ..

I’m so excited to visit this cafe!!

Back when dinosaurs roamed the earth (1977 or 78) and I was a young student who had decided to take a year off in the middle of my undergraduate degree, I did what every self-respecting backpacker did when in Paris: I spent a night with a whole bunch of other young, impecunious backpackers upstairs from Shakespeare and Co. I even took a really nice picture of George while I was there. I still have it.

I haven’t been back there since 1992, despite the fact that I spent a month in Paris just this May. Your article has inspired me to go and visit again the next time I’m in my favourite city in the world!