From Brooklyn to Paris: A Baker’s Tale of Transition and Doughnuts 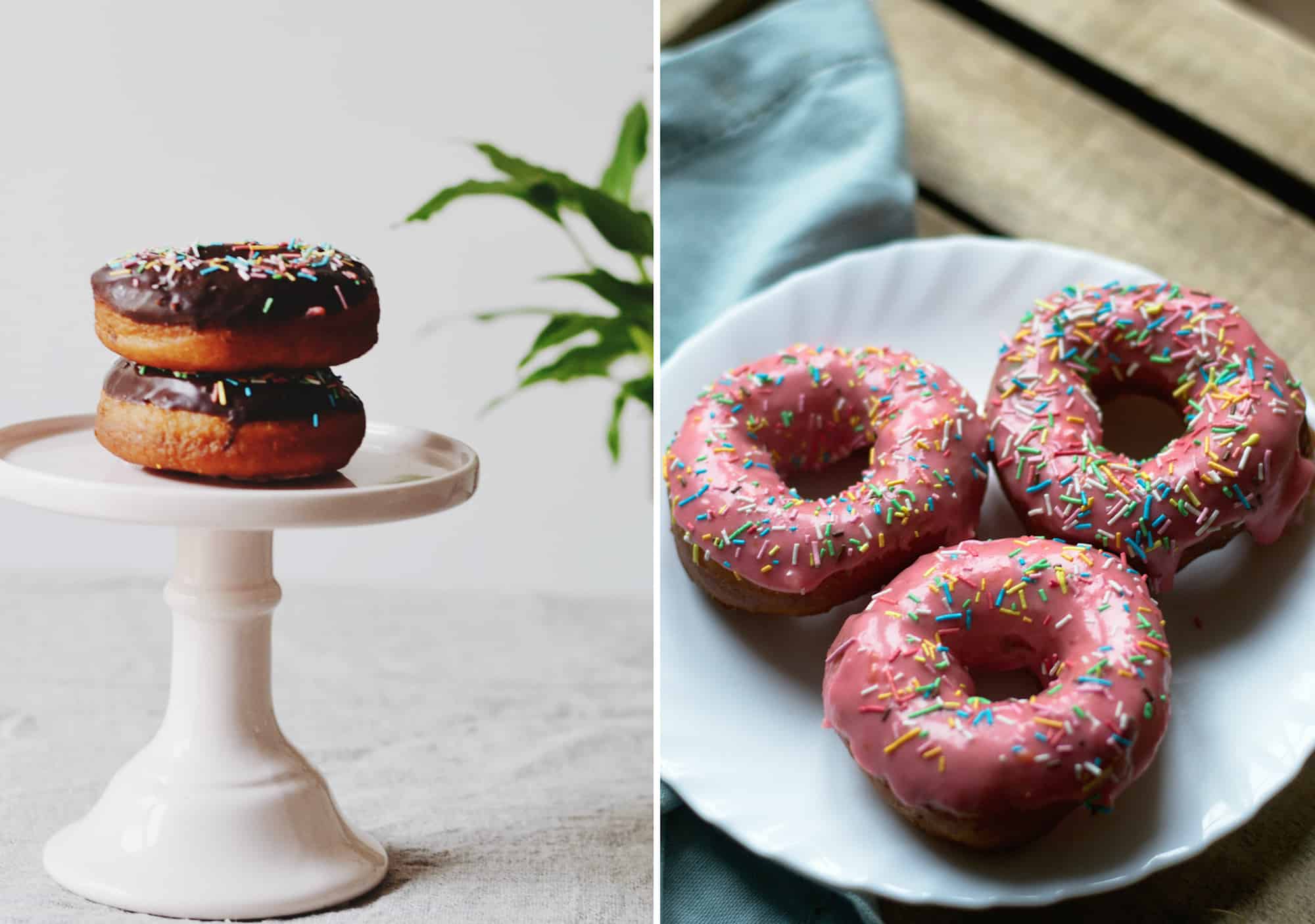 I was working as a pastry chef in Brooklyn when I met my now-husband, Leo. While I didn’t realize we would get married in less than a year, I will confess that I did secretly wish my Frenchman would whisk me away to the land of pastries, cheese, and wine. And whisk me away he did… If you had told me one year ago today that I would be living in Paris now, I would have laughed and shrugged my shoulders. And here I am, writing this from my Parisian apartment in Montmartre.

Has it been the fairytale I daydreamed of while working at Brooklyn’s Bakeri, counting down the days until I moved to Paris? In some ways. It’s also been the most difficult, scary, anxiety-ridden adventure of my life so far.

Even though I’m an experienced pastry chef and baker, work has been hard to come by, largely due to the crippling language barrier. The vocabulary is in my head, but as soon as a native French speaker begins talking, nerves cause my brain to swiftly shut down. French is beautiful; I just wish I had better command of it. But I am also confident that once I am able to overcome that initial anxiety and fear of being incorrect, it will be smoother sailing in the language department. 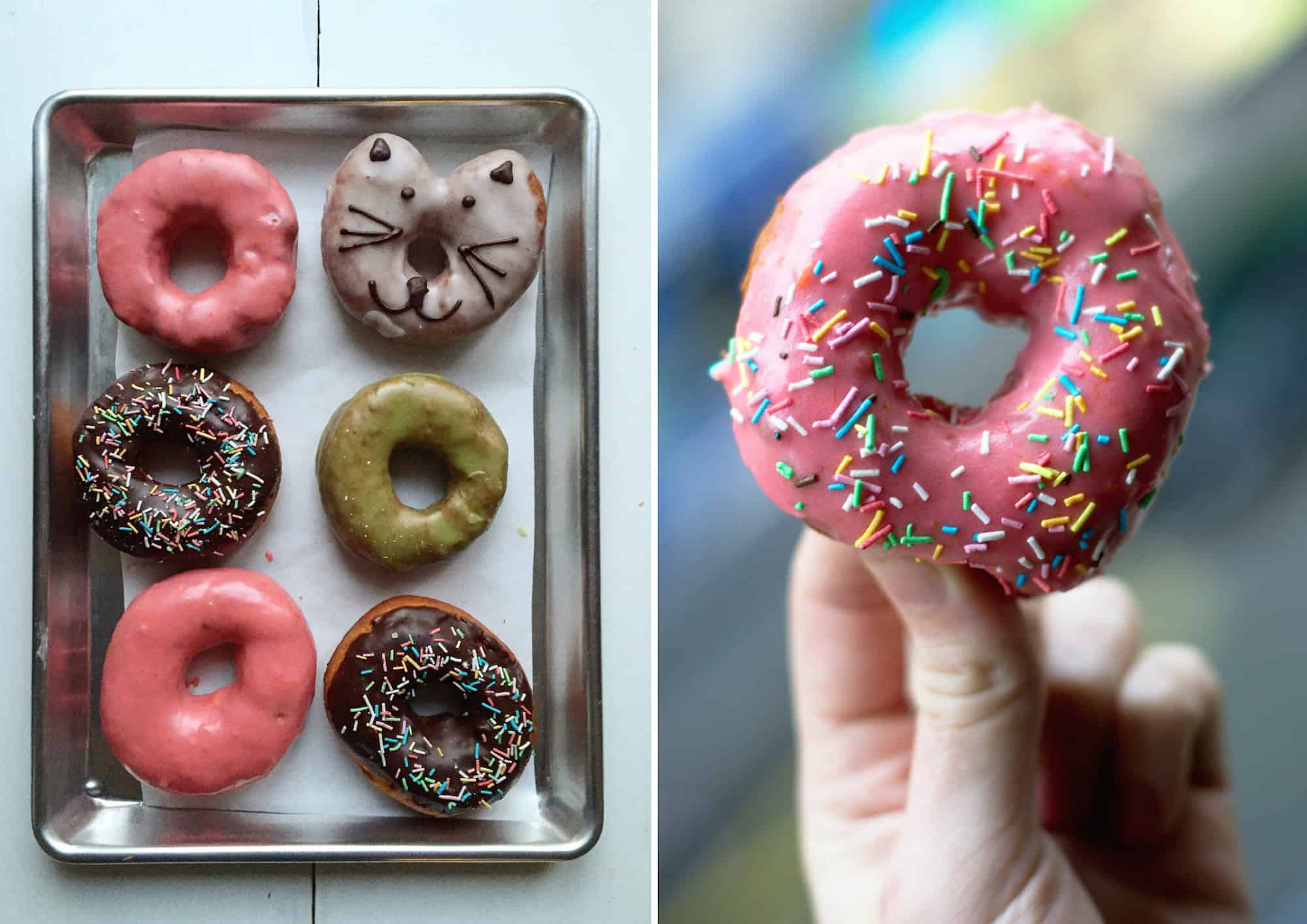 As far as work goes, if you aren’t a French and English speaking barista, waiter, or nanny, jobs can be hard to find. Be prepared. I wasn’t worried about finding a job when I got here, pridefully thinking, “oh please, just wait until they meet me!” I was so wrong. I am quite the baker, but that didn’t seem to really matter here. There are a handful of kitchen jobs that Anglophone chefs and bakers in Paris rotate through: one will work at this small cafe, then that small restaurant, and then everyone switches until they all know each other and have worked at the same places. I’m partially kidding, but it really seems that way sometimes. 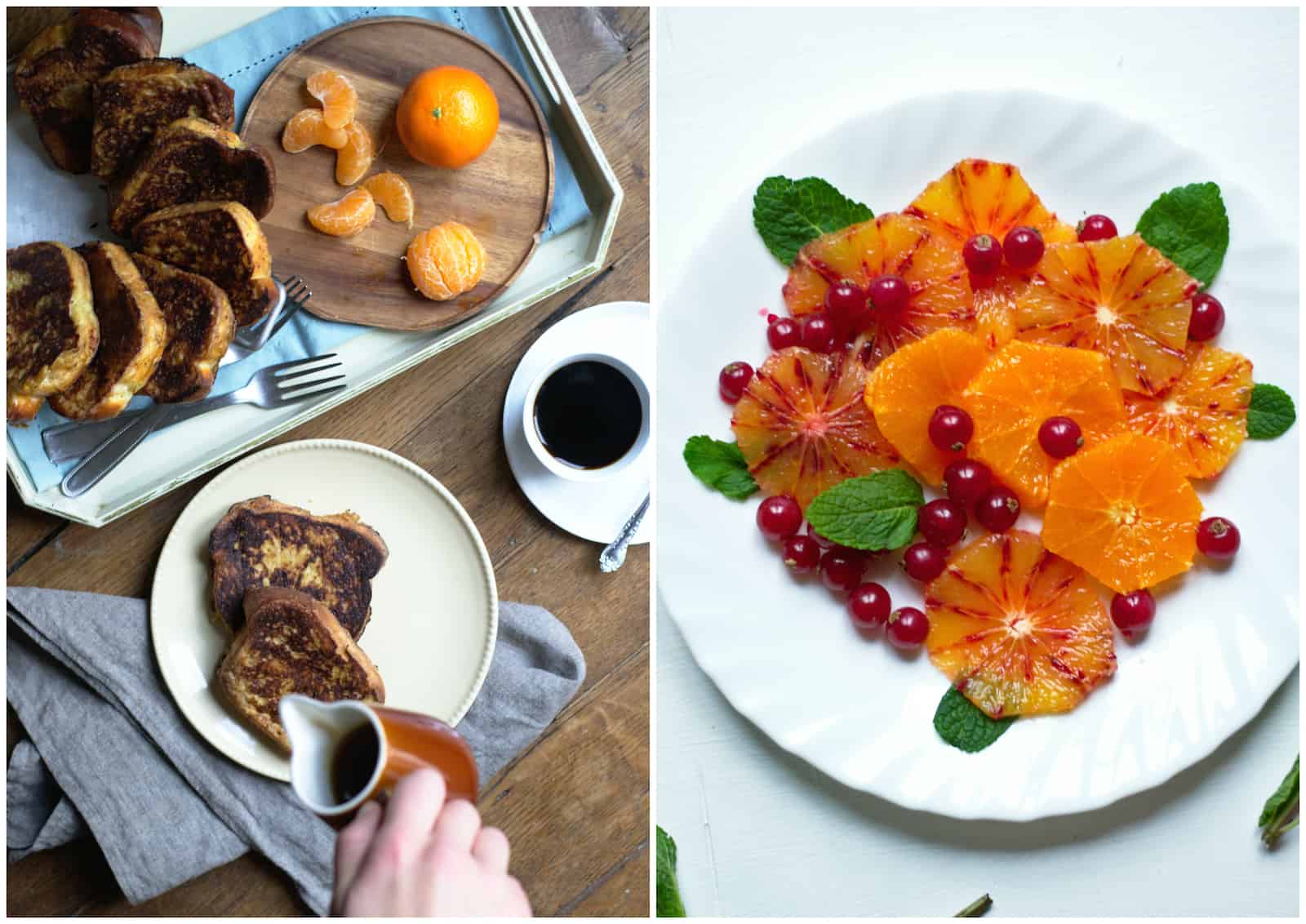 With my go-to professional options failing me, I started thinking about how I could freelance,. Luckily this ended up being my ticket to stay in France. If you’re a creative – be it through writing, photography, illustration, or beyond – you can make a decent living if you commit yourself to the effort. I’ve been developing recipes, shooting and styling for food blogs, delivering meals to families as their chef domicile, and lately I’m even selling doughnuts. Yes, doughnuts! Desperation and panic led me to what might be my most exciting venture yet: doughnuts in Paris.

When I first arrived, doughnuts were nowhere to be found. One shop across the city sells them, but it’s out of the way; while I do love a doughnut, it’s difficult to justify the lengthy commute. So I decided to make my own doughnuts. And then I thought, “what if doughnuts are the next big thing here?” After all, Paris didn’t have many craft coffee shops up until a few years ago, and in the last month it seems the food delivery trend has also started to catch on. Enter the true American doughnut to pair with the newly beloved craft coffee scene, and you’ve got a match. 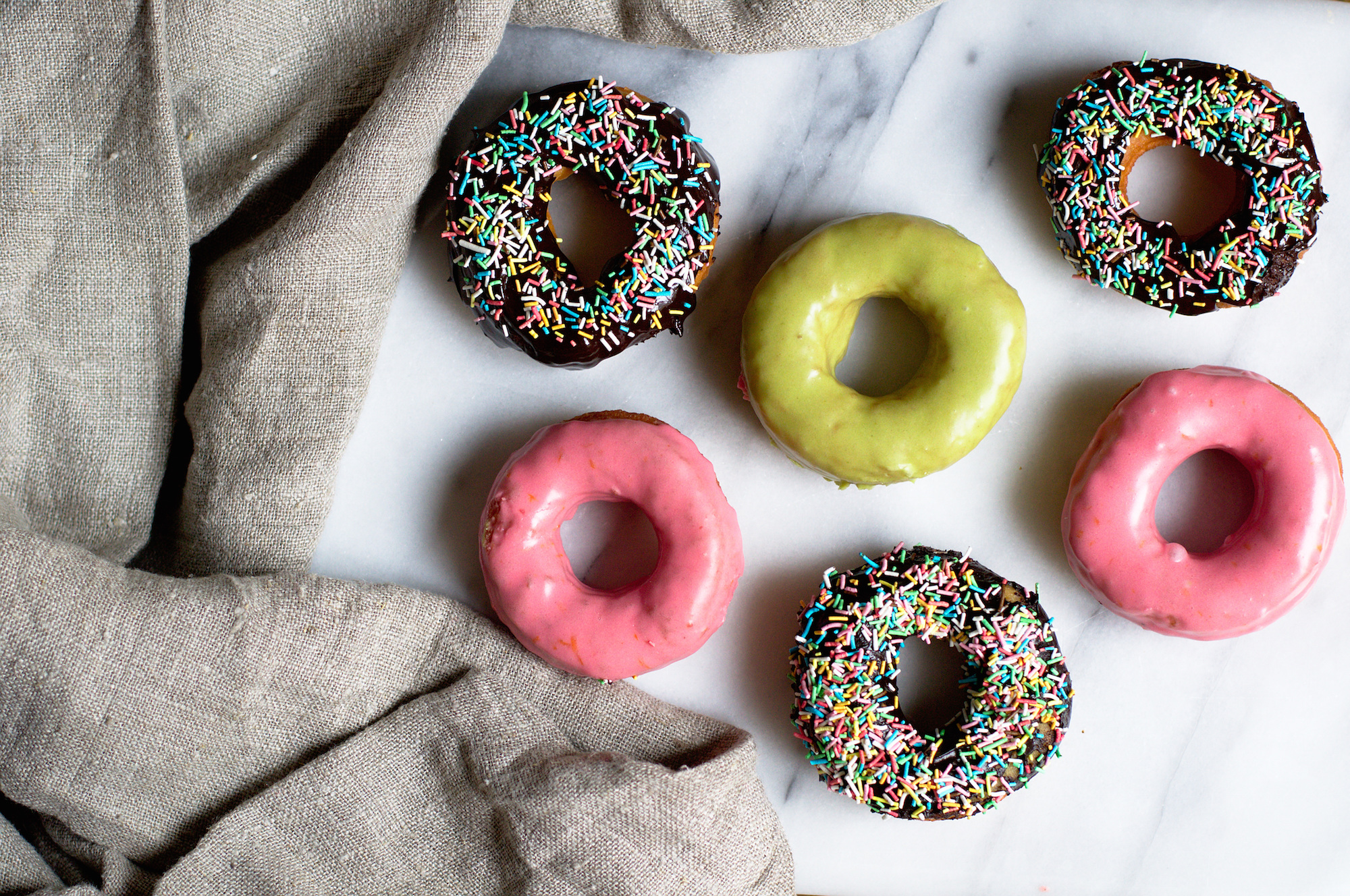 In January of 2016, Doughmade was born. I am the only one involved at this point, but am renting kitchen space and selling my handmade doughnuts to whoever wants them. I also launched a Kickstarter campaign in the hopes of raising enough funds for a pop-up “café bike.”

I think if it’s meant to be, it will materialize; if not, it won’t. I do have a good feeling about this, and I plan on documenting the entire adventure. Sometimes it really just comes down to being in the right place at the right time. Wish me luck!

Written by Alex Roberts for the HiP Paris Blog. All photos by Alex Roberts. Looking for a fabulous vacation rental in Paris, London, Provence, or Tuscany? Check out Haven in Paris.

8 comments on “From Brooklyn to Paris: A Baker’s Tale of Transition and Doughnuts”

Best of luck to you! Heading to Paris in April and if you had a shop, I’d visit! When I went to Montreal, I went to a shop specifically to taste some ice cream. The concept was so cool, and the ice cream delist, I’m thinking of opening a shop in my local area. Like you, I think it will be a hit and right place, right time sort of thing.

I’m a freelancer and my money is funny, so I can’t contribute. But I want to applaud your creativity and hustle.

Also, your admiration of the language is a big advantage. That keeps your appetite for it going, whereas many give up. If you aren’t doing this already – I recommend learning French songs (with the help of the lyrics online) and just singing them to yourself throughout the day – that can do wonders for your comfort level.

Also also, nothing you say could stop me from romanticizing your life 😉 Moving to Paris with your love and living in Montmartre? Swoon!

Looks awesome!! I been dying for doughnuts in Paris. u should check out this little bakery in st. louis,mo called strange doughnuts. They are 2 guys who grew their business like crazy in like 2 years. So u can totally do it! They opened their store at 9-11 pm thurs-sat (in addition to mornings) and their was always a huge line of people wanting them after bar hopping and others who wanted some amazing “munchies.”

Wishing you much success in this – will keep my eye out for you when I am visiting in September. I hope you are still in business and in an easy to find spot!!!

Alex, you’re living my dream! Was a pastry chef in Los Angeles, then in D.C. for a while. Next stop Paris. I hope! Good luck!!!

Alex, As a Brooklynite who loves Paris I say bravo! It’s a great idea. Wish you all the best.

Thanks so much Judy!I appreciate that.

For anyone who might look,
Here’s the link to my project:

Good luck with your new venture. Paris is a lovely city
Enjoy every moment.
You’ll find yourself more fluent in time. A smile replaces many words in the meanwhile.