Le Beurre: Why Butter is Better in France 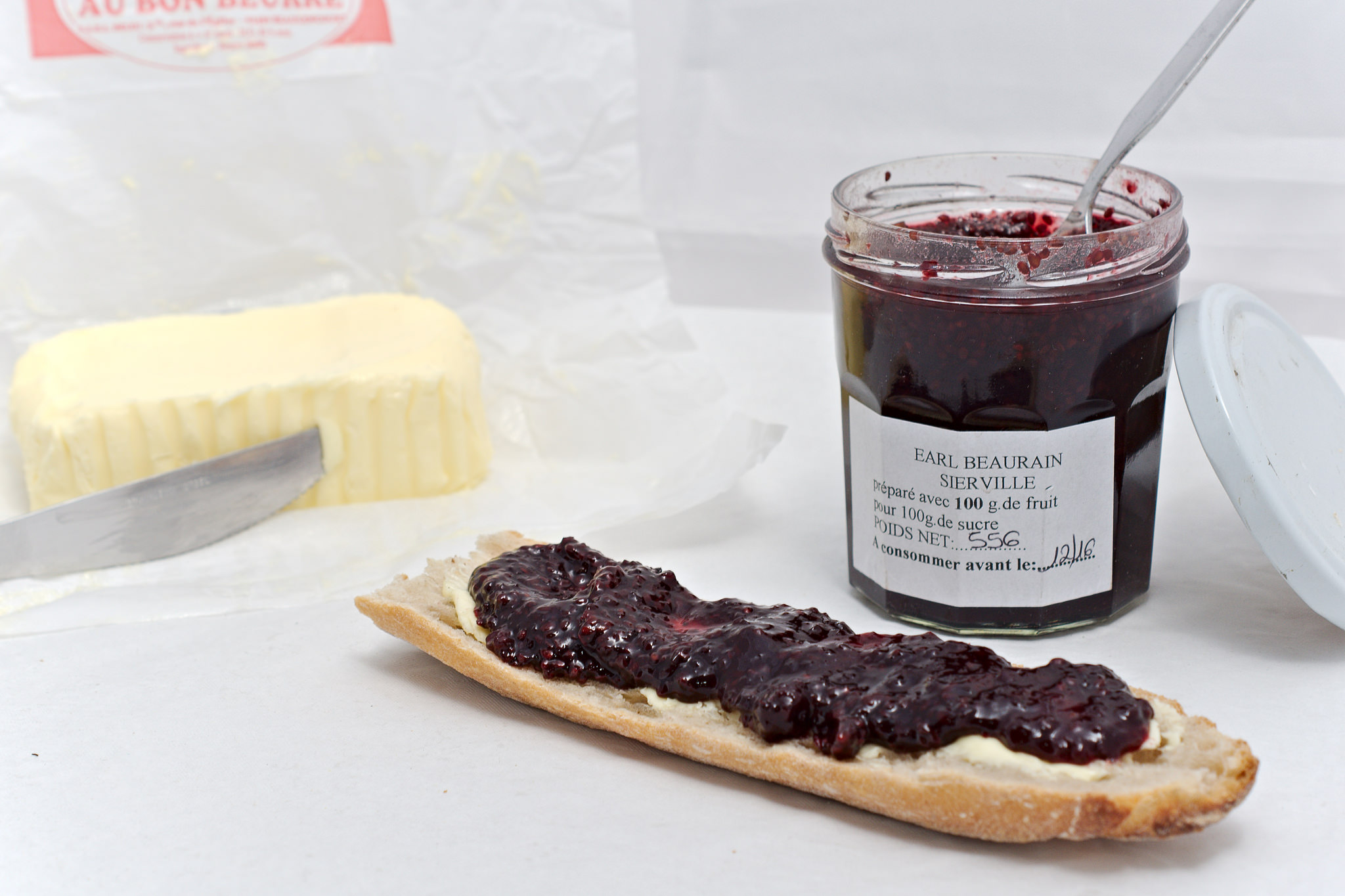 I hated butter when I was a kid, unless it was melted in mashed potatoes. Fast forward 20 years and here I am, living in France, regularly licking butter off my fingers while making tart crust or smooshing fat slices onto naked hunks of bread in the morning. Somewhere along the line, someone slipped me a sliver of Echiré and changed my world. There’s no going back once you’ve experienced the tender melt of cultured-cream butter on the tip of your tongue. But I wondered: what exactly makes this ubiquitous ingredient so good here? 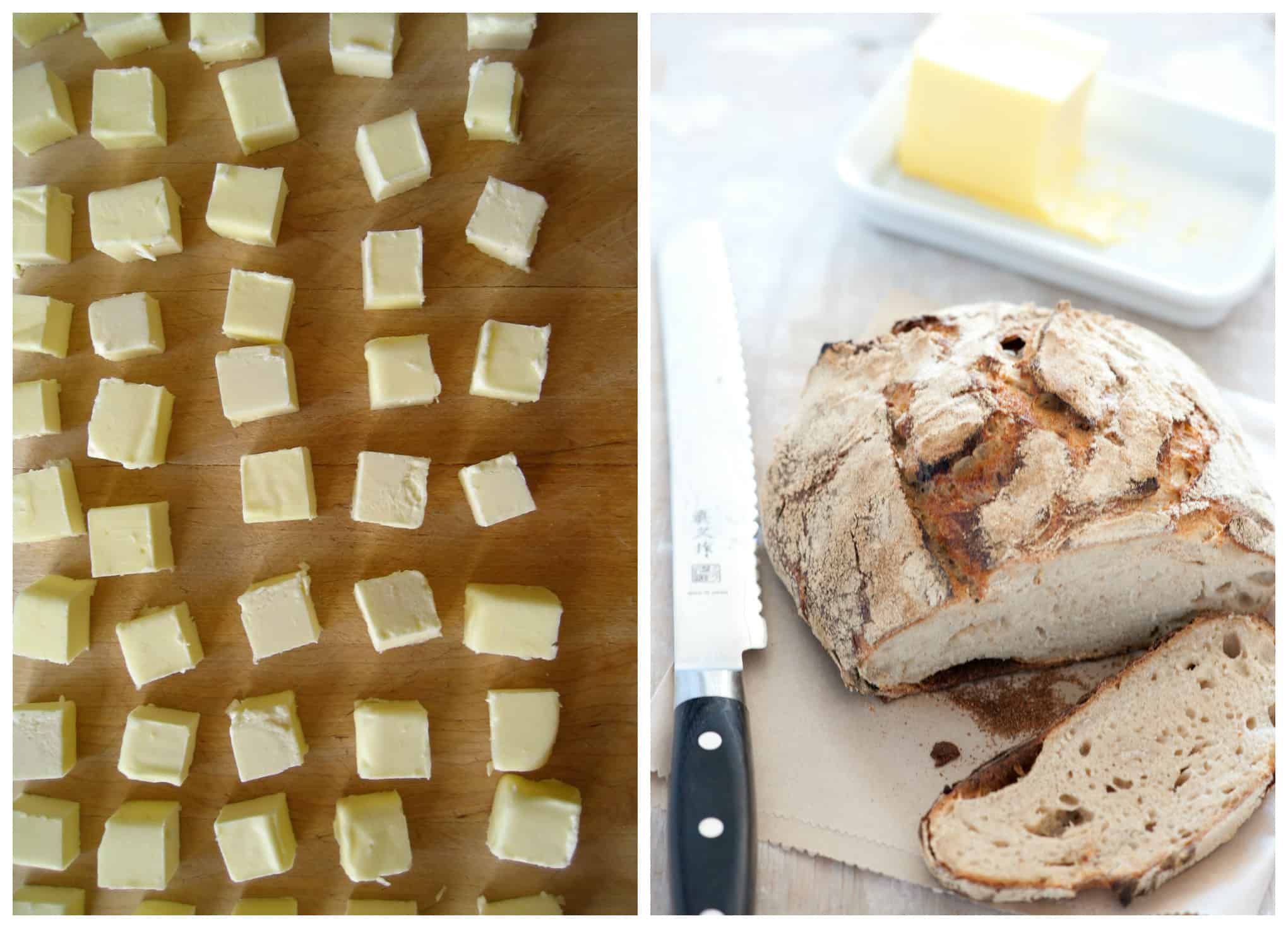 According to Luisa Weiss, author of My Berlin Kitchen and founder of the blog The Wednesday Chef, the easy answer is fat. “The main difference between American and European butter is that European butter has a higher percentage of fat than American butter,” she explained over the telephone from her home in Berlin. American butter averages 80 percent fat, while European standards hover around 85 and 87 percent, with the legal French minimum being 82 percent. It’s not a huge difference – we’re talking 5 to 7 percent – but it’s enough to give European butter a deeper, richer flavor than its American counterpart. 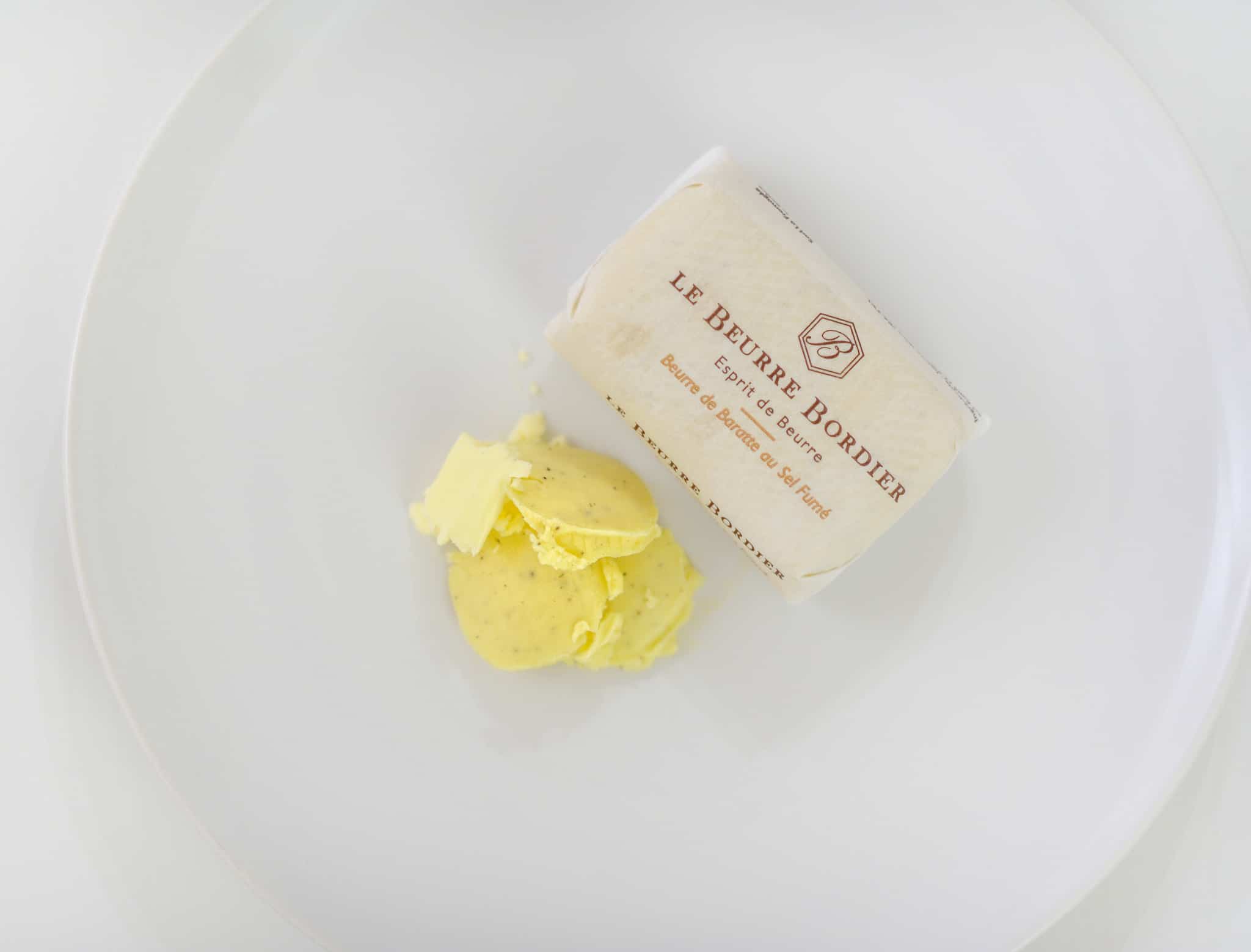 The slightly more complex reason lies in a stage of butter making that is nonexistent in industrial American butters and increasingly rare even in France. Culturing, when the cream is left to ferment (up to 18 hours in the case of Echiré) before being churned, is reserved for select beurre de baratte, resulting in a tangy, slightly acidic butter popular with pastry chefs.

So what does this mean for American bakers using French recipes? Not much, says Luisa, unless you regularly make pastry. “You might notice a difference in puff pastry dough where you’re folding in lots of butter,” she says. In a recipe that relies heavily on butter for both flavor and structure, bakers might notice that American butter is a bit firmer; French butter would feel more “malleable.” But ultimately, “that shouldn’t keep people from making European recipes,” Luisa reassured me. 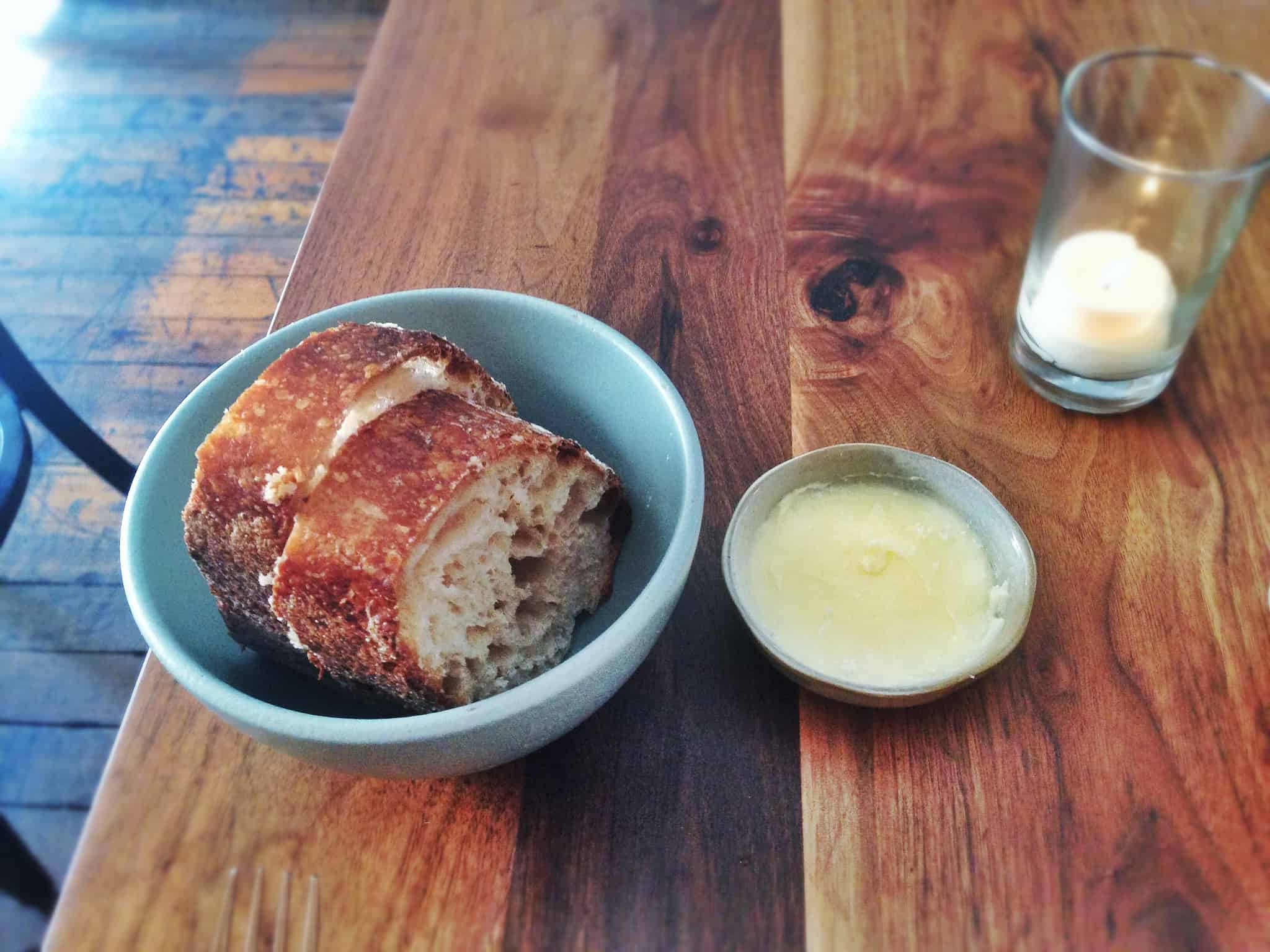 Bernard Laurance, author of Baklava to Tarte Tatin, agrees that French butter is better, whether you’re baking or not. It’s the best, in fact. An avid traveler, he’s made it his mission to taste everything he can (including butter) since starting his blog Cooking with Bernard five years ago. “I’ve had great butter in Portugal, England, Germany… but French butters remain in my top-ten list. And it’s not because I’m French, I swear.”

He cites France’s strong connection to terroir and tradition as one of the reasons you’ll still find butter made in wooden churns at your local cheese shop. Certain elements of the process have been automated, of course, but the materials remain the same. “The cows are also roaming around eating grass, which contributes to a rich, flavorful milk,” he adds. 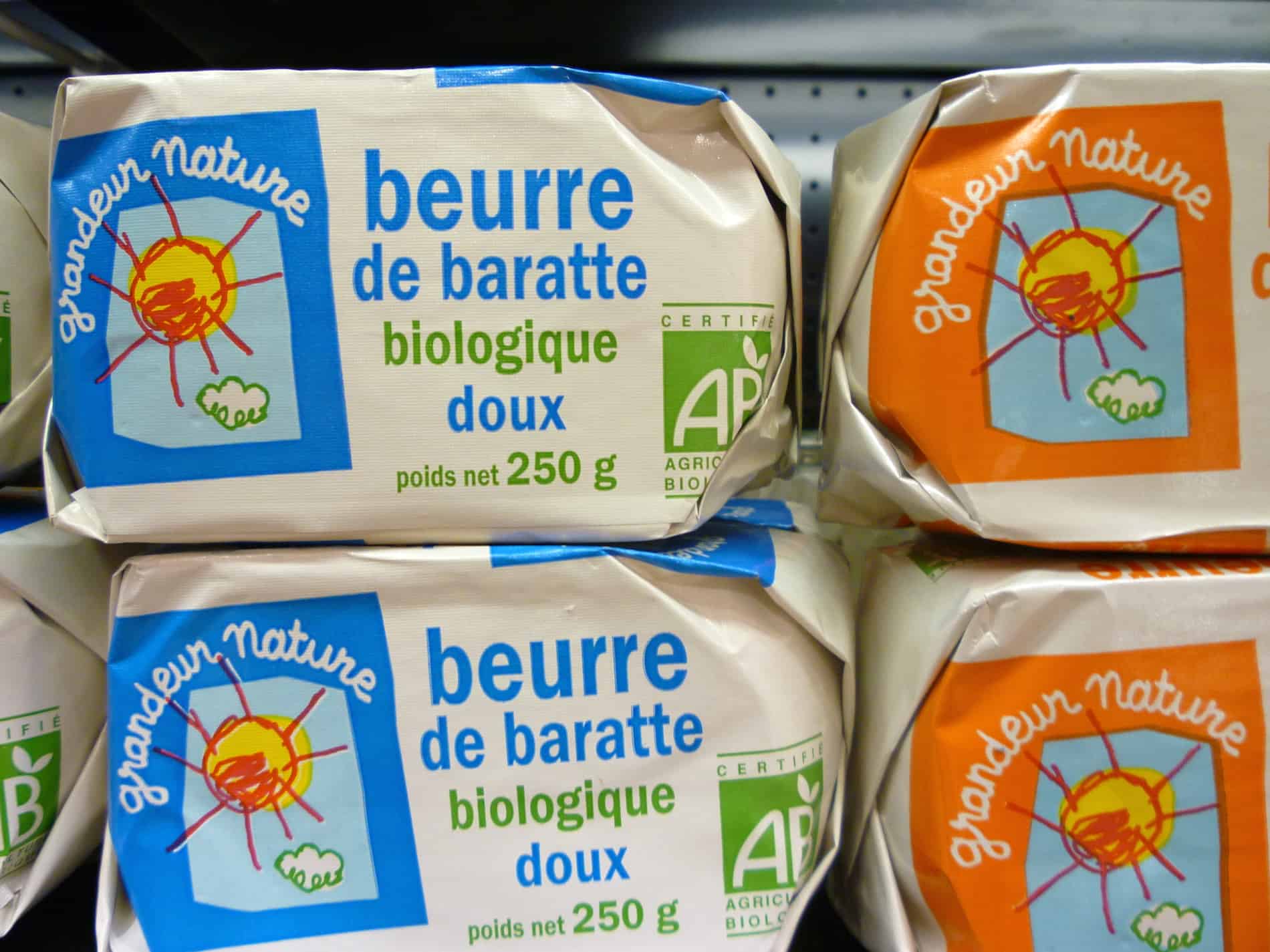 French butter is as remarkable for its diversity as for its flavor: doux, demi-sel, salé… where do the butter-curious begin? “La Grande Epicerie,” says Bernard. He suggests having a tour of the dairy aisle to get a lay of the premium land, then heading to a local cheese shop for farm-style butter. “Instead of bringing flowers or a bottle of wine [as gifts], I bring four or five types of Bordier butter. It’s the same price and more interesting,” he says.

When choosing butter, Bernard suggests pressing lightly to assess the firmness. “I want my butter to be tender, even when it’s cold,” he says. His go-to brand, Au Bon Beurre, stays unctuous even in the fridge, where Bernard keeps all his butter to keep rancid flavors from developing. Luisa has another strategy: “I have two sets of butter, one kept at room temperature for spreading, and one in the fridge as a back-up and to bake with.”

While salted butter is the only butter for many French people (I’m looking at you, Bretagne), Americans should avoid industrially-produced salted butter on their home turf. “Because of salt’s role as a preservative, a lot of the salted American butter ends up staying on the shelf a lot longer,” Luisa explains. This can lead to a rancid taste unlikely to be encountered in a fresh carré of demi-sel. If you’re lucky enough to be in France, Bernard recommends using beurre doux for cooking, especially for pastries as large salt crystals may tear the dough, and saving the best salted butter for slathering on bread. 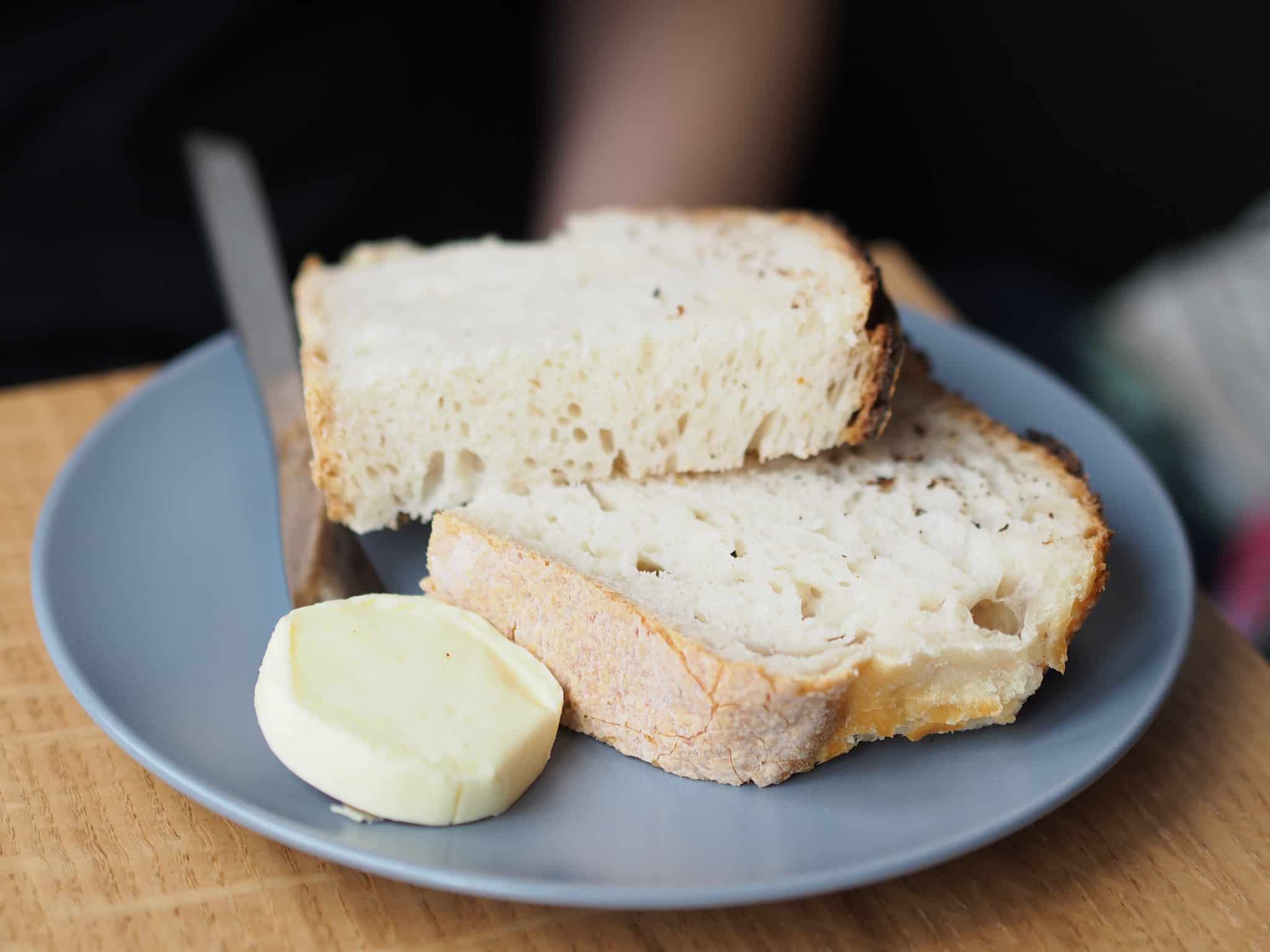 Written by Kate Robinson for the HiP Paris Blog. Looking for a fabulous vacation rental in Paris, London, Provence, or Tuscany? Check out Haven in Paris.

4 comments on “Le Beurre: Why Butter is Better in France”

Border butter is one of the things we brought back from Paris on our last trip.

Reading this I had to run to the fridge for a lick of salted butter(aux cristaux de sell de mer de Noirmoutier). So yummy. Back in the states a butter stick sat in my freezer for months, totally unappealing.

Some years ago, I went on a trip via Nouvelles Frontières, and at least once a day at meal time (sometimes more than once), there was a heated discussion of which region had the best butter. As the only non-French member of the group, I sat back and listened.
Few things make me salivate like the smell of butter browning. Maybe onions…cooking in butter of course.