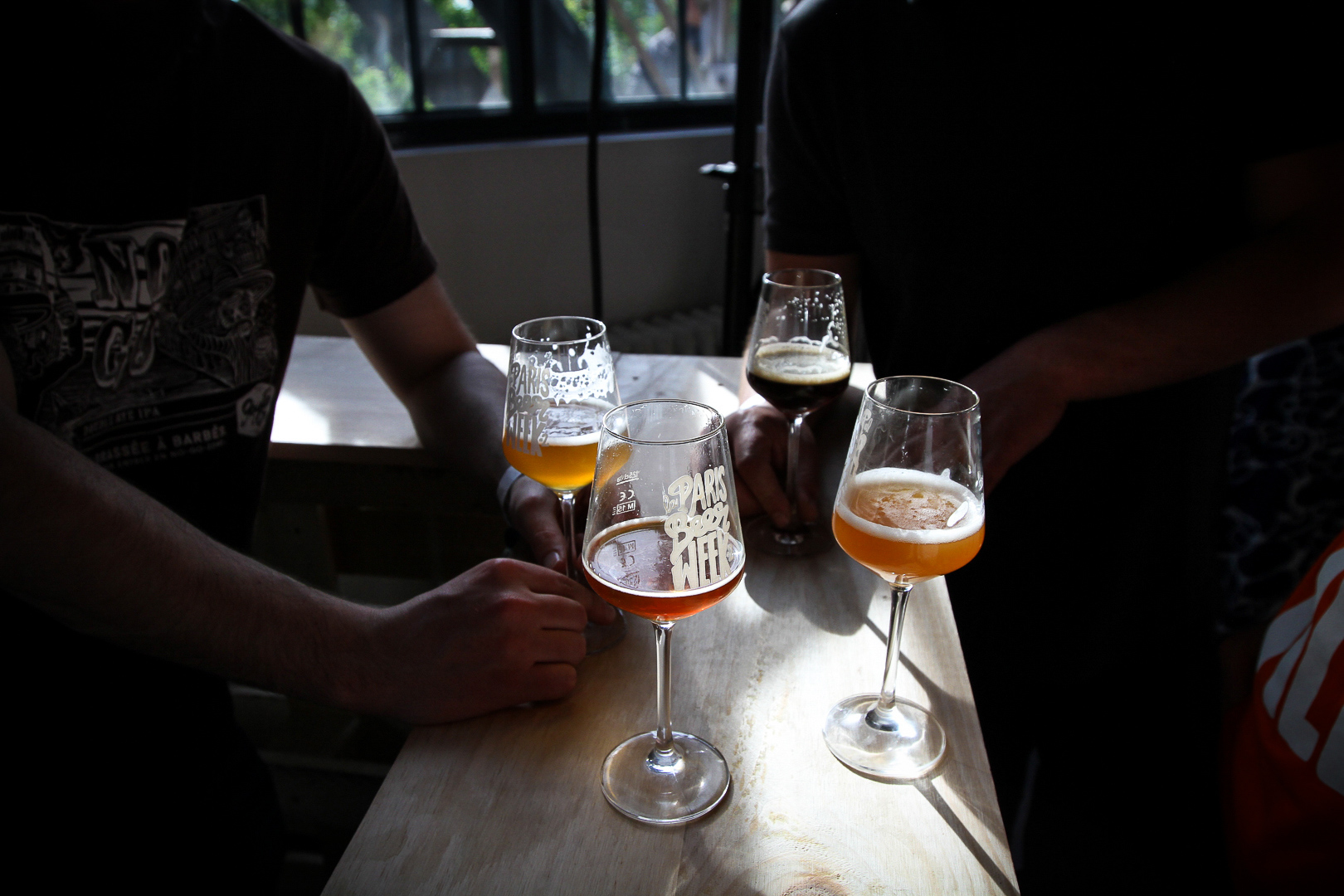 While the over 1,200 participants in the Paris Beer Week Grand Final – and the various events that filled the week leading up to it – may have a few blacked out memories after the festivities, they’re sure to remember the many new craft beer addresses that have arrived in the capital. Paris Beer Week brings together brewers, bars, restaurants, and bottle shops, assembling the craft beer community and creating venues for sharing artisanal beers made in microbreweries. If you weren’t able to make it to the third edition of Paris Beer Week, but still want to get in on the action, check out some of these great newcomers to the scene. 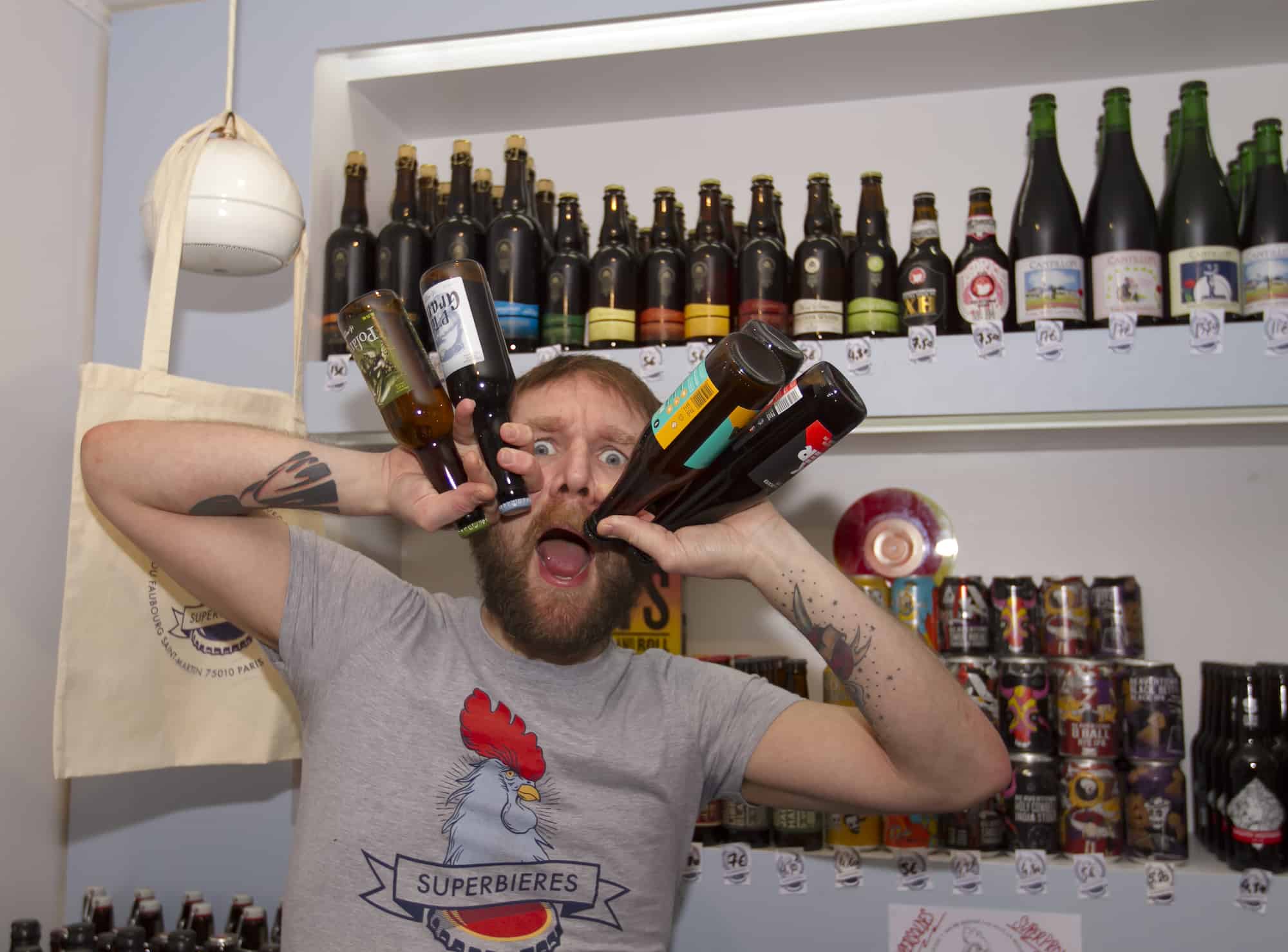 The 18th arrondissement has a new hang out in the form of Sunset, a restaurant/café/bar that brings together craft beer, natural wines, and cocktails. Owner David Lyon has made sure that Sunset has a welcoming, neighborhood feel, in keeping with the general vibe of the 18th. Open seven days a week, Sunset is great for a coffee to start your day (they serve locally roasted coffee by Café Lomi) or a locally brewed beer for an after work drink.

While the cameras and boom mics brought by French cable news station Canal+ gave Hoppy Corner a glint of glam during Paris Beer Week (the cameras were aimed at local legend brewers Craig Allen and Deck & Donohue, who were opening up special casks for the occasion), this bar remains humble and cozy outside of beer week. Located in the 2nd arrondissement, home to the gastronomic rue du Nil, the coffee and cocktails destination Lockwood, and the brick-and mortar-location of Boneshaker doughnut shop as of later this summer, Hoppy Corner is in great company. Run by Frenchmen but with a distinctive Anglo vibe, Hoppy Corner could quickly become the bar where everybody knows your name. 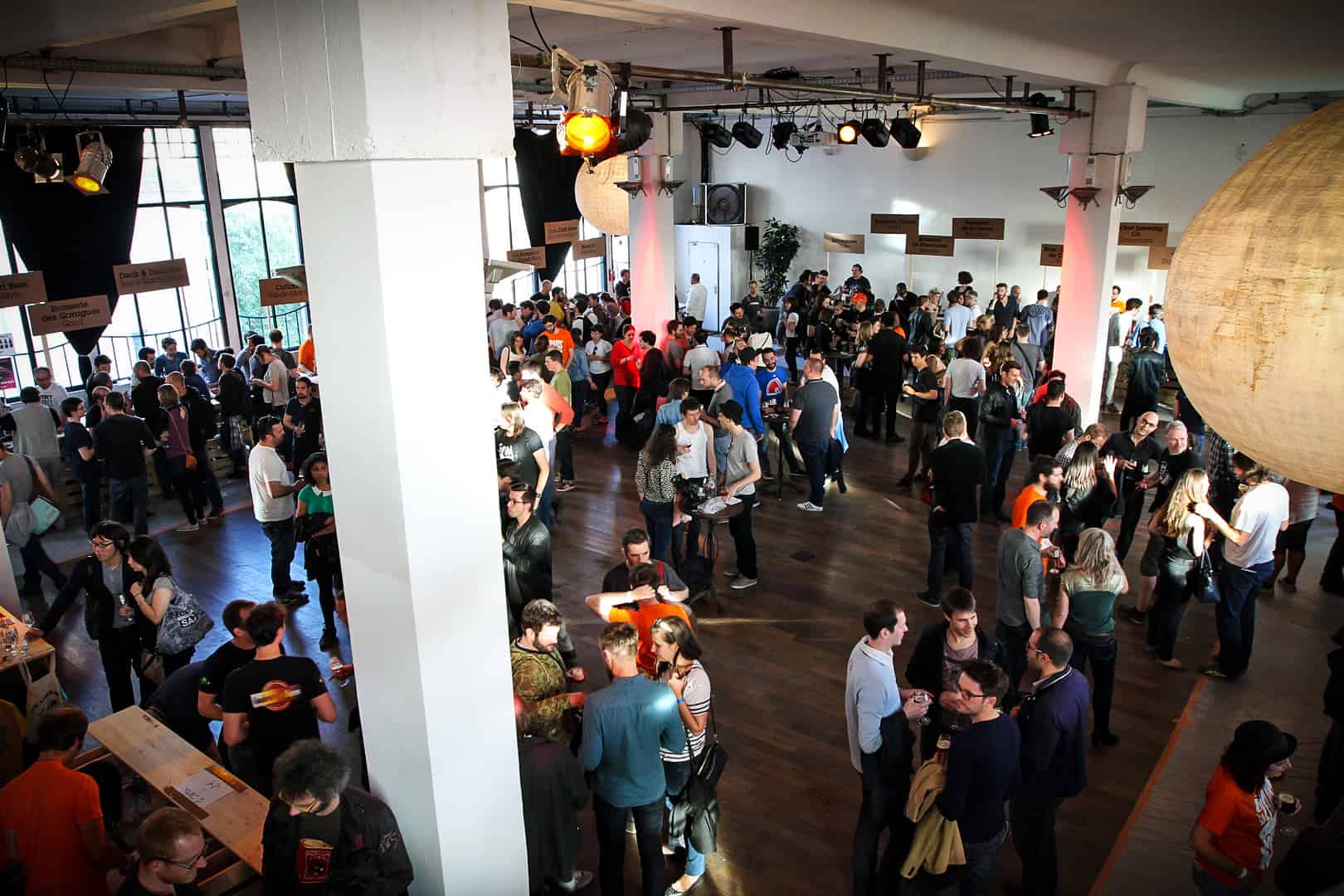 The paint still feels fresh at La Binouze, but this craft beer bottle shop fits so perfectly into the neighborhood that locals likely wonder how their quartier survived without it. With a wide selection of craft beers and a small corner for snacking and tasting, the shop provides not only selection but also a knowledgeable staff that offers visitors the opportunity to taste and learn about international craft beers before taking them home.

The newly opened Superbières packed in a lot of action for their first Paris Beer Week. From blind tests with brewers and concerts to on-site brewing, this little cave à bières proved that there’s always room for one more. Now that things have calmed down, you can take your time to browse their beer selection and chat with the owner and beer geeks that congregate here. Don’t hesitate to pair your beer of choice with one of the shop’s specialty sandwiches! 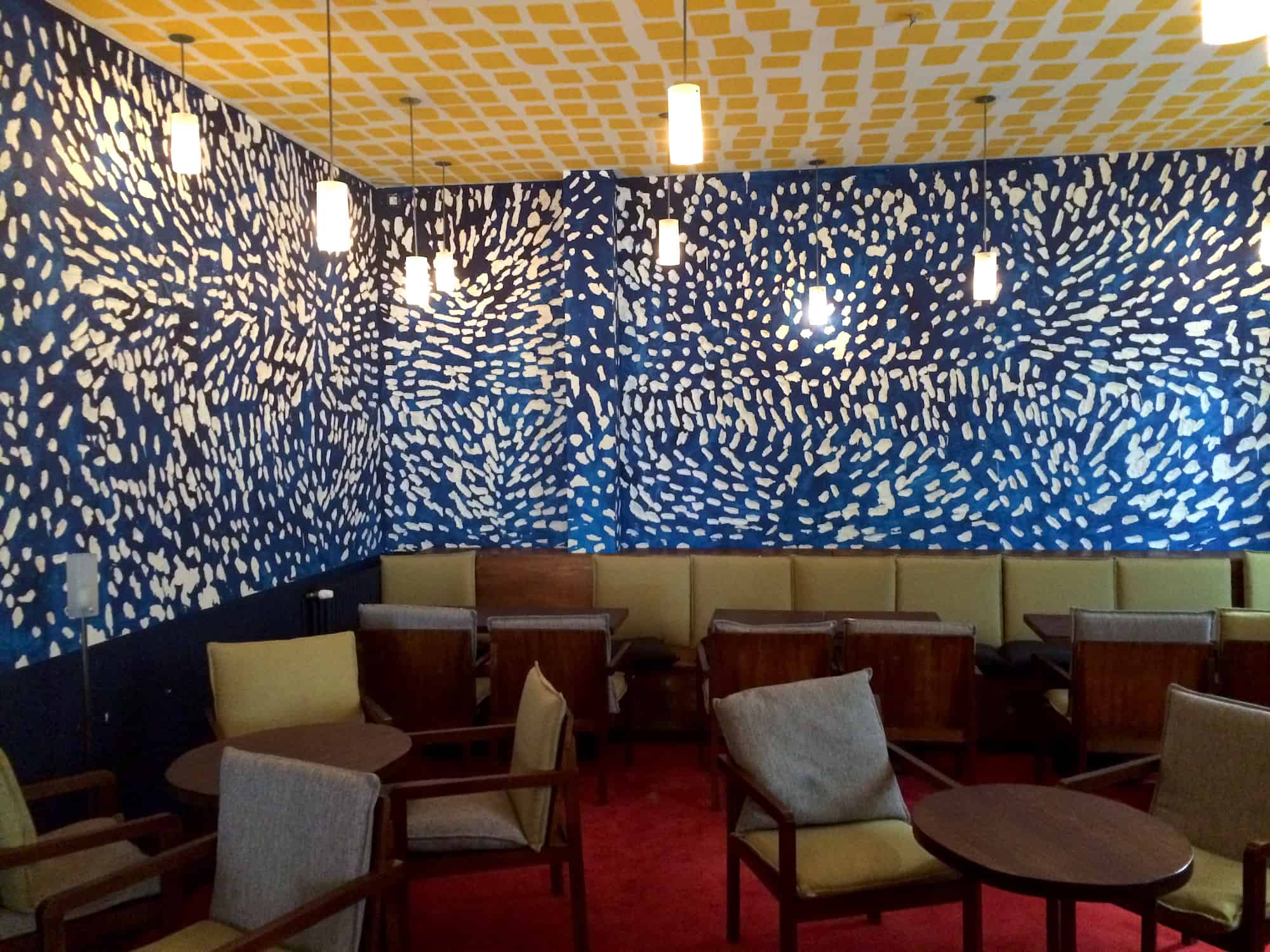 If you want to keep on top of what’s fresh in the craft beer scene, head to Houblon ou Brune, where you’ll find a constantly updated selection of excellent craft beers. The shop hosts regular tastings and beer and food pairings that bring brewers, local producers, and beer lovers together. It’s location in the 12th arrondissement near the Marché d’Aligre makes it a great stop to add to your shopping itinerary!

French-based readers who can’t make the trip to Paris for a pint should check out HopBuddy.com, a delivery service that ships to anywhere in France. Put together a six pack of craft beer, the majority of which are brewed in France, and simply wait until they arrive at your doorstep. Parisians will get their beer delivered by bike in no more than one hour, while those living outside the city have to be a little more patient. But patience, as proved by the swiftly growing craft beer scene in Paris, always pays off. 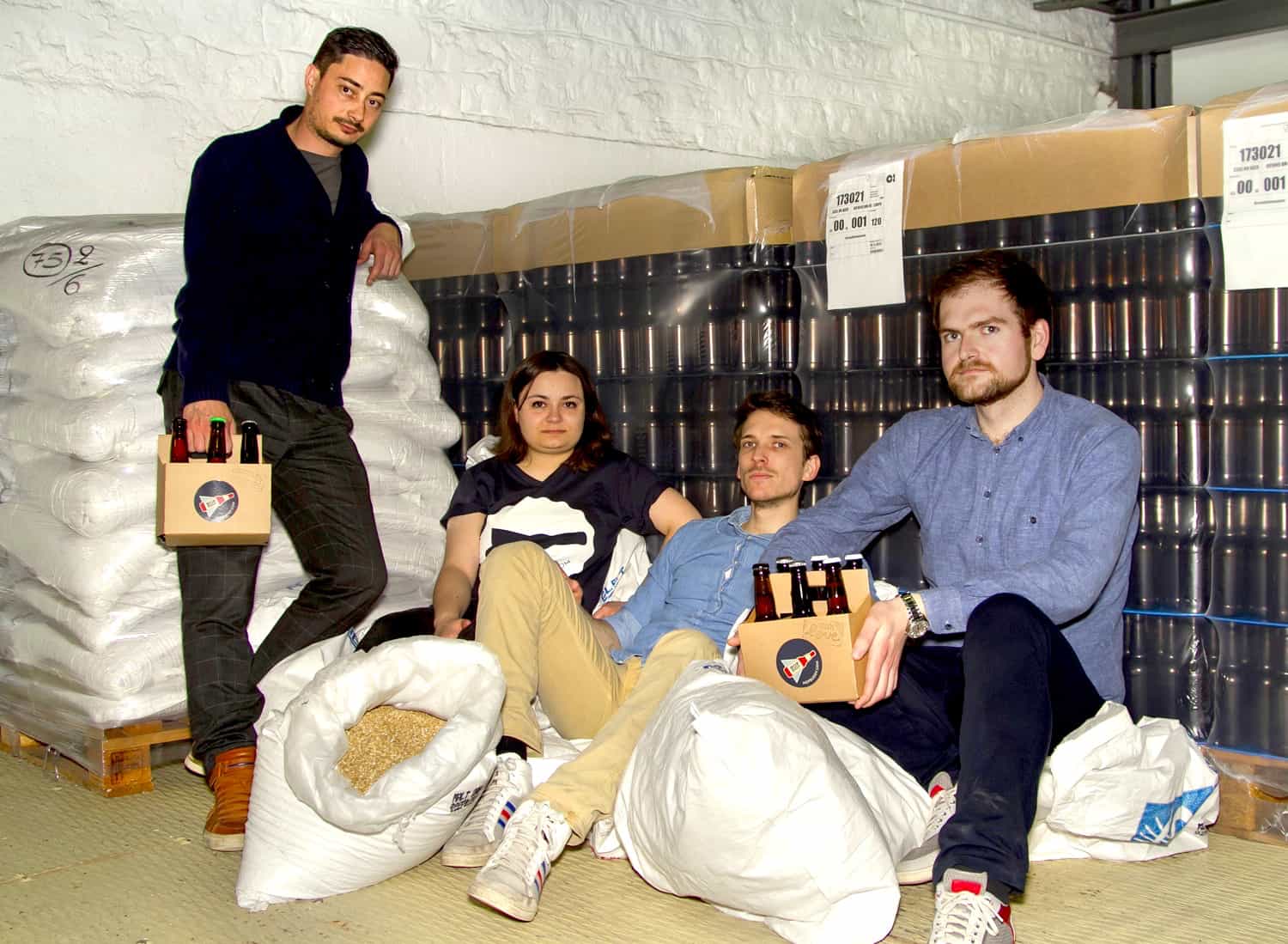