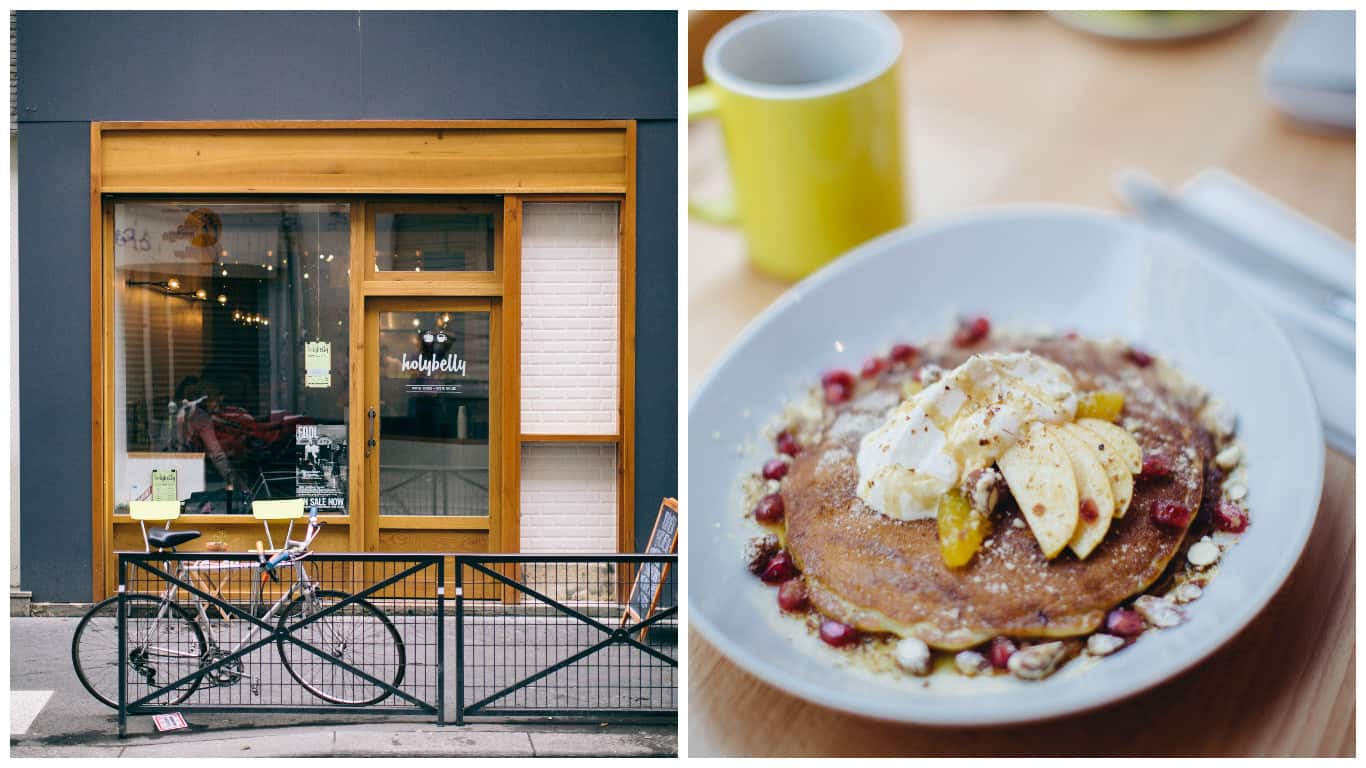 Impatient regulars and time pressed tourists who took flight at the sight of long lines outside Holybelly, the 10th arrondissement restaurant, will be happy to learn that their favorite all-day-breakfast address will soon be opening another spot to get their pancake fix. The popularity of Holybelly’s eggs & sides and creative seasonal menu have become a hinderance to those wanting a taste, with waits of up to an hour- sometimes more on the weekends.

Holybelly’s head chef and co-owner Sarah Mouchot confessed, “At one point we [herself and partner Nico Alary] said we wouldn’t want to come here if it wasn’t our restaurant- we don’t like waiting to eat!” This realization, along with Sarah’s desire to experiment with new menus and restaurant formats, made the idea of opening a second location appealing. 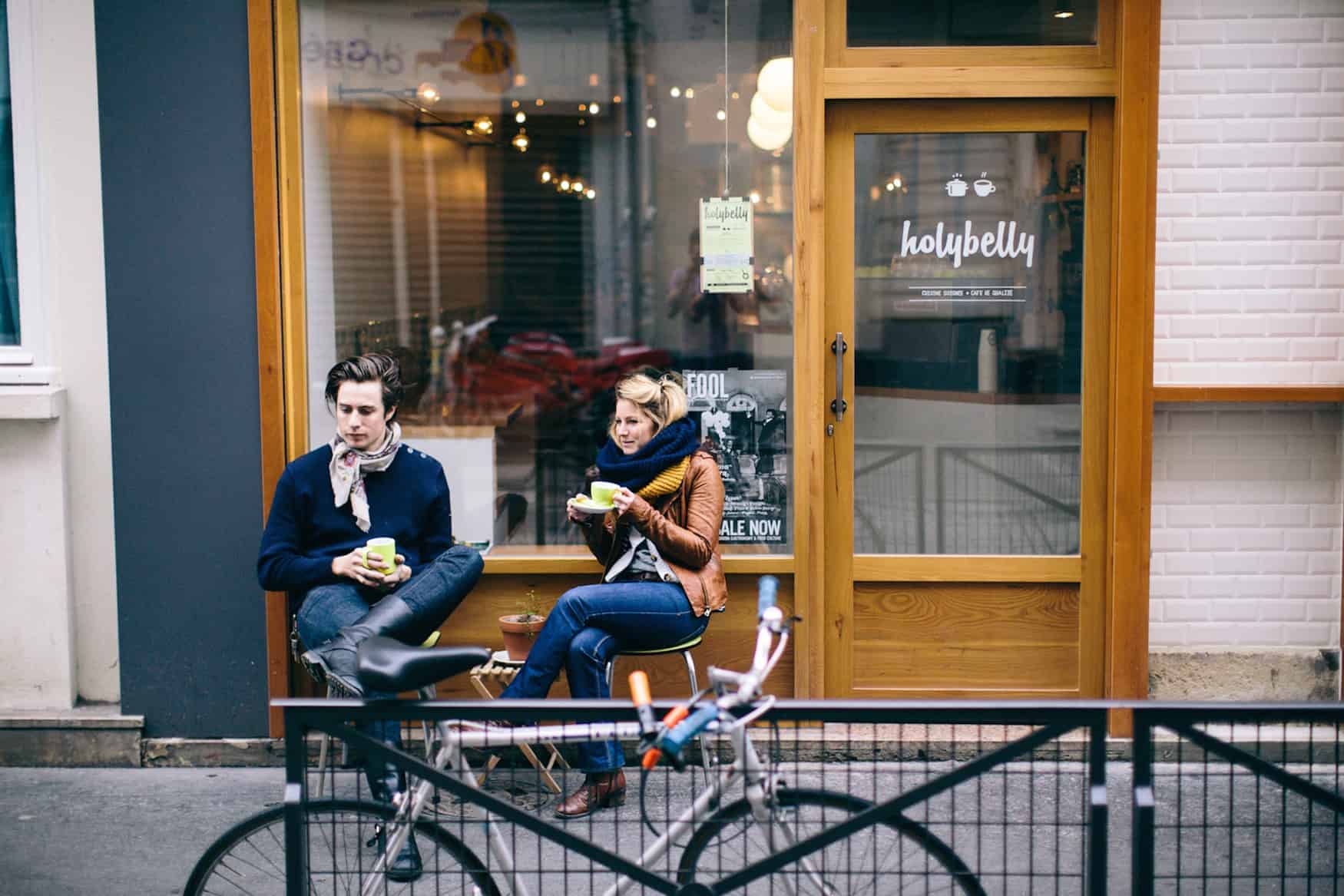 As fate would have it, as Nico was biking to work one afternoon, he noticed a “For Rent” sign in the window of a former hooka bar and immediately began thinking of transforming it into Holybelly II. Shortly after this sighting, a trip to the MAD conference in Copenhagen provided the last bit of encouragement Nico and Sarah needed. “The chefs we met at MAD really opened our eyes,” Sarah explained. Worried about the fact that having several locations is seen negatively in Paris (“In France ‘franchise’ is almost a bad word”, Sarah told me) Nico and Sarah needed convincing that opening Holybelly II wouldn’t have a negative impact on their already thriving business. Conversations that the pair had at the conference inspired them as chefs spoke of the benefits of having several locations- each with its own personality, specialties, and strengths. 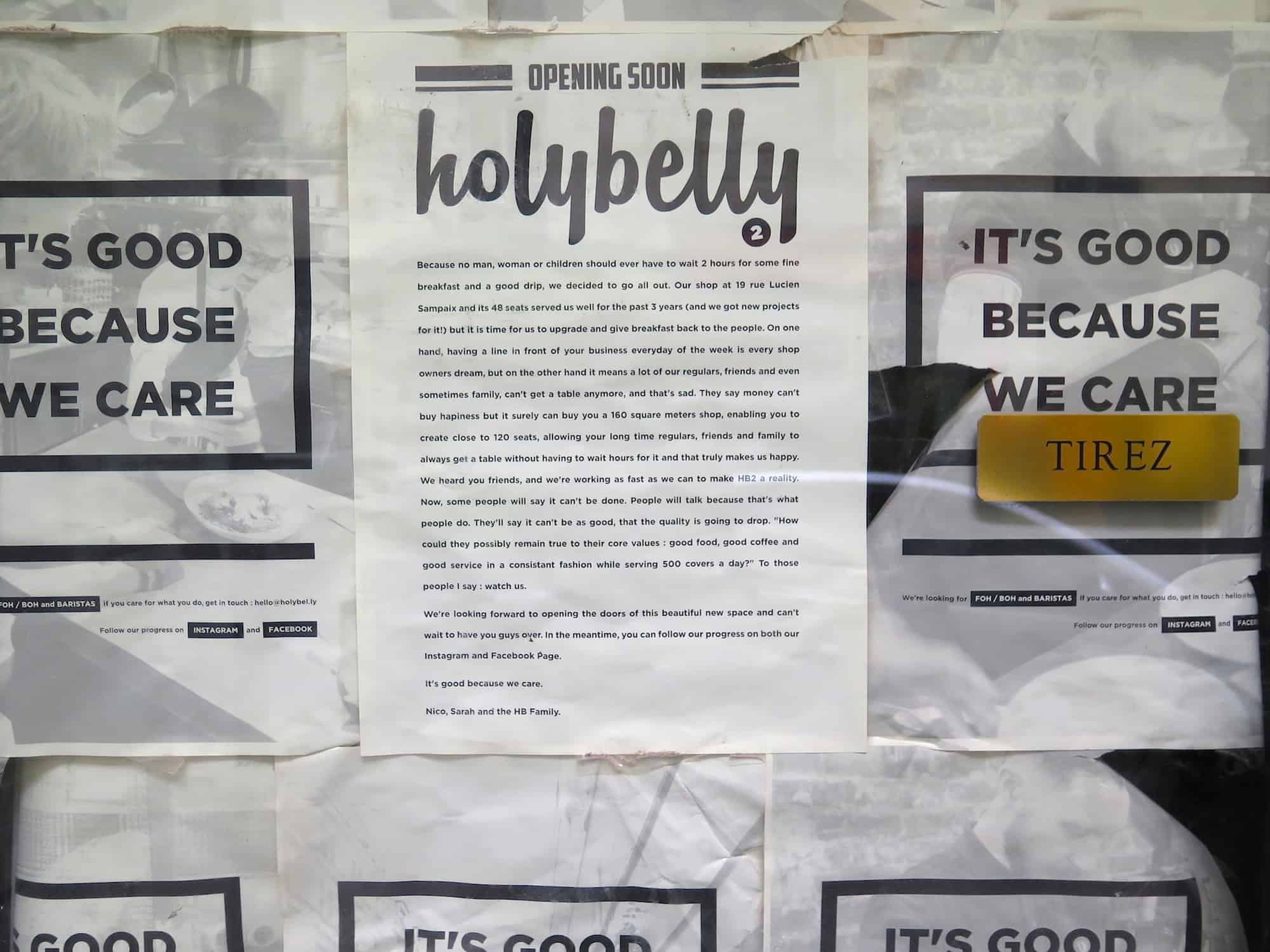 Sarah and Nico came back to Paris inspired and ready to sign papers on the space for their second location. Holybelly II (official name TBD) will be located on 5 rue Lucien Sampaix- a few blocks away from the original location. The space is significantly larger and will accommodate 105 guests (compared to the 48 seat capacity at the original Holybelly). The new location will serve up the beloved breakfast menu along with two daily specials, similar to the specials offered at the original restaurant on the weekend. 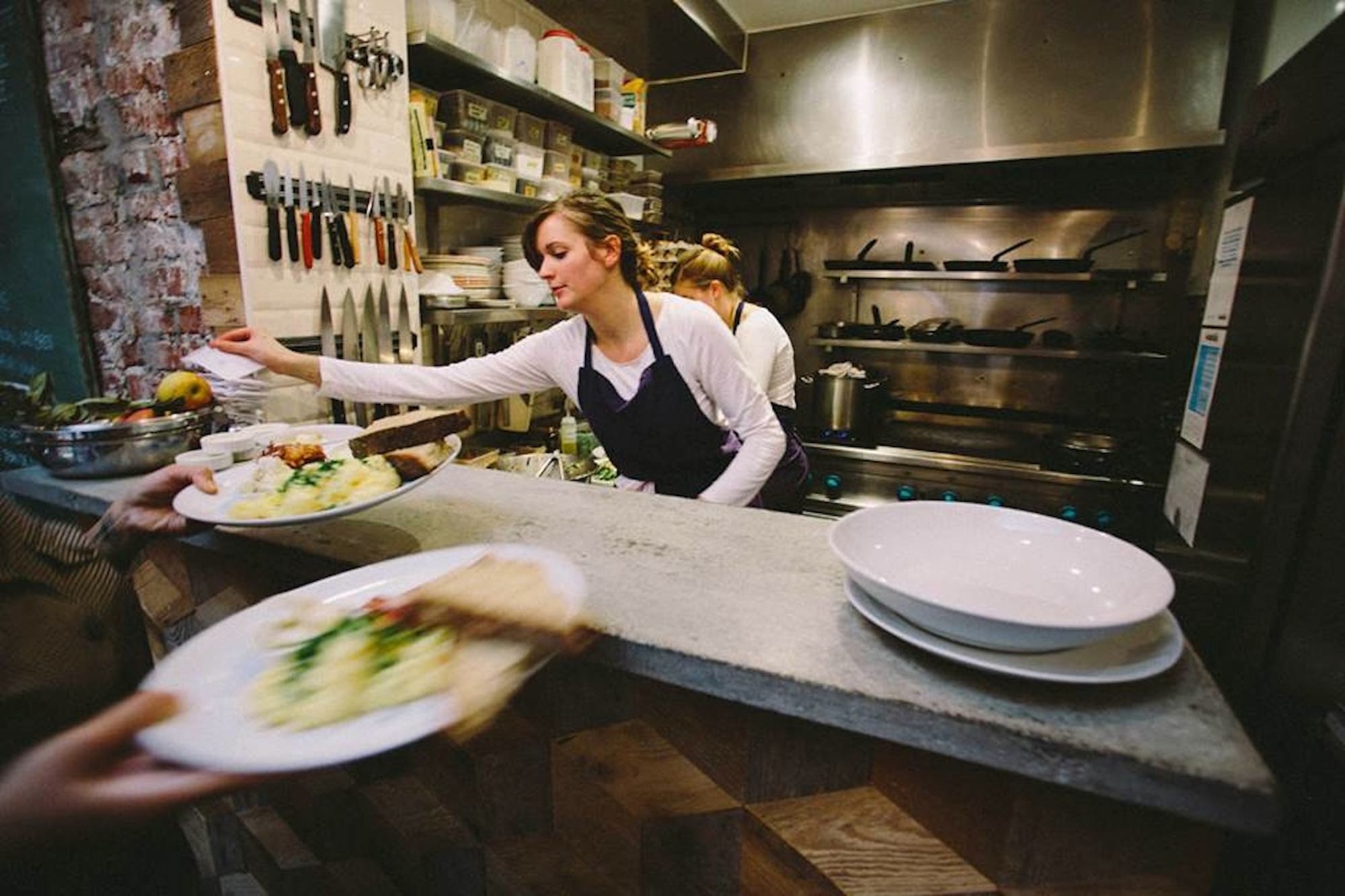 The original Holybelly will also be renovated, including a kitchen expansion and a slight makeover to the dining room. The location will be the home to a large prep kitchen with a significantly larger kitchen staff and the capacity to make freshly prepared food to-go. The smaller dining room will have a more refined menu, which will explore the breakfast theme but take inspiration from regional cuisine from around the world. The new café will seat about 20 and provide a more intimate dining experience.

Construction has already begun on the second location, which the team hopes to have open sometime in the Summer of 2017. Once opened, both locations will be open seven days a week from 9-17h. 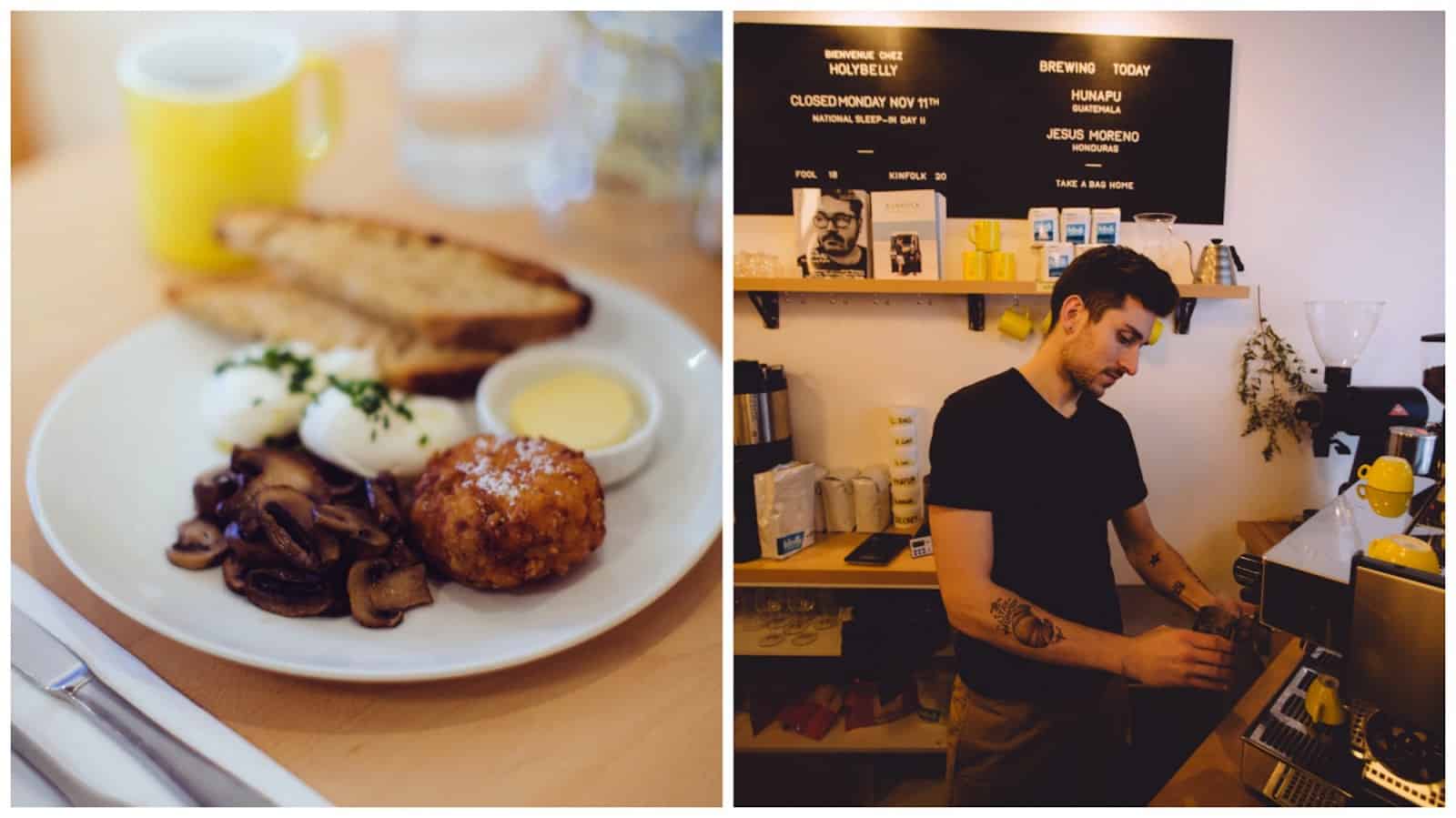 Written by Emily Dilling for HiP Paris. All photos by Nico Alary except where noted. Looking for a fabulous vacation rental in Paris, London, Provence, or Tuscany? Check out Haven In.