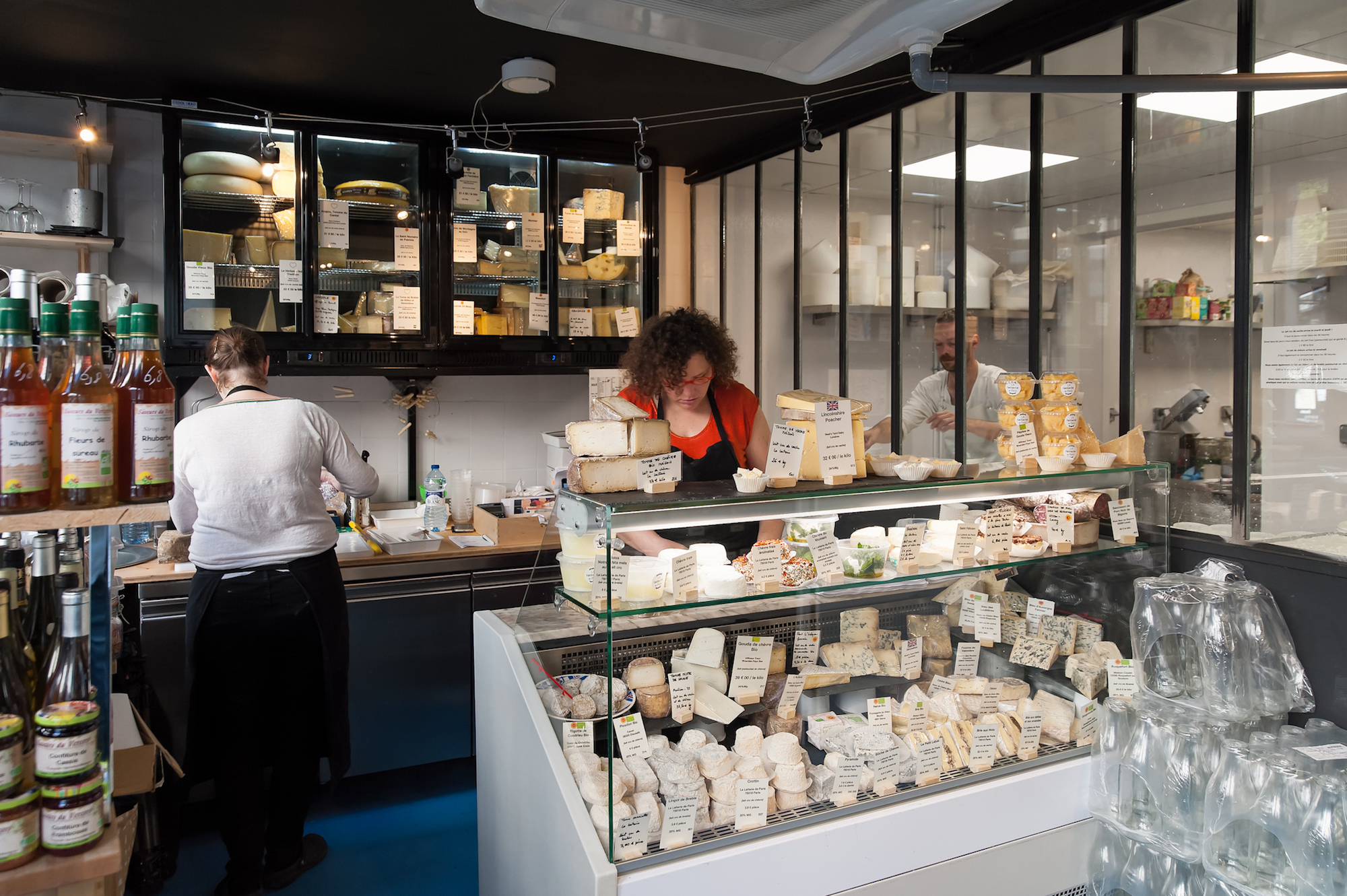 Editor’s note: We love learning about new spots to find quality products that are Made in Paris which is why we’re so happy to feature a report by Lily Heise on Paris’ only cheesemaker. We’re extra delighted that La Laiterie is in one of our most favorite Paris neighborhoods, La Goutte d’Or. Thanks Lily for sharing this special shop with us, founded by an innovative Parisian.

Often overshadowed by its more picturesque Montmartre neighborhood, the eastern side of the 18th arrondissement, known as La Goutte d’Or, has been developing into the city’s most interesting food hub over the last few years. From micro-breweries to farmer co-ops, the district is now home to Paris’ first cheesemaker. Opened last December, word has been getting around about this unique and talented urban producer of cheese and other dairy products. 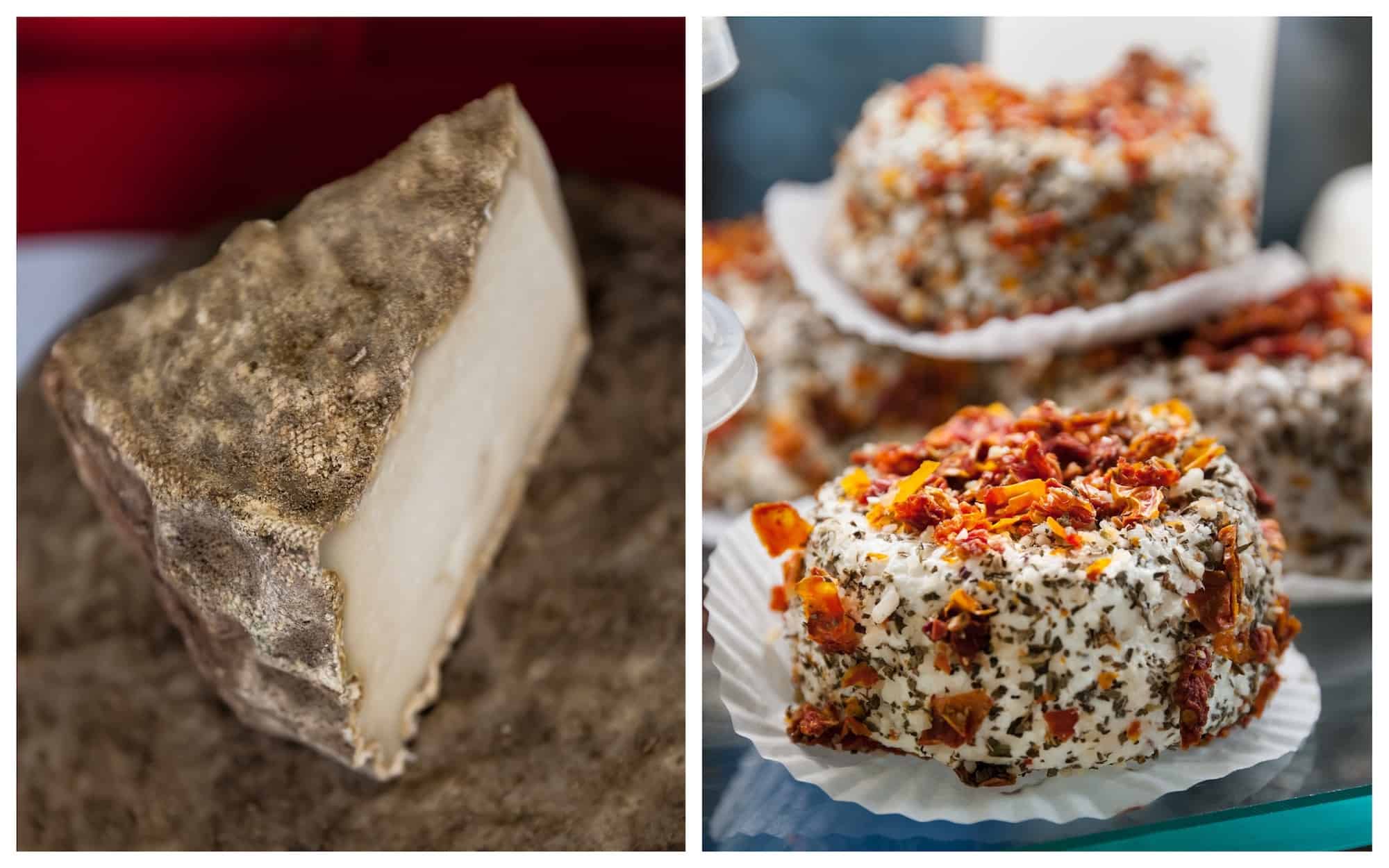 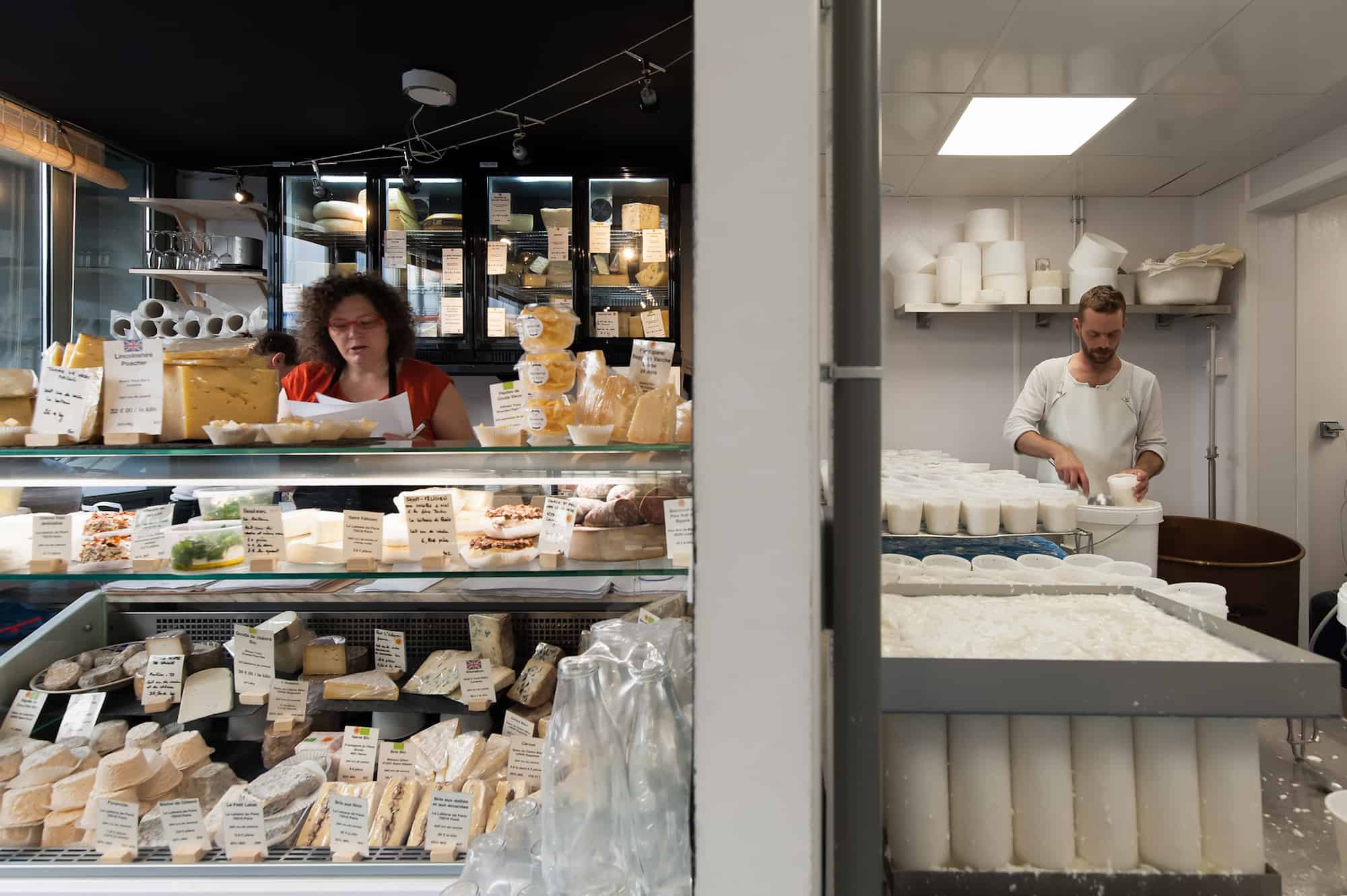 The story behind La Laiterie de Paris is as delectable as its fresh fromage. The dairy is the brainchild of 34-year-old Pierre Coulon who has 10 years experience in cheese making in France, at the likes of the prestigious Maison Androuet cheese shop and his own goat and sheep farm in western France. 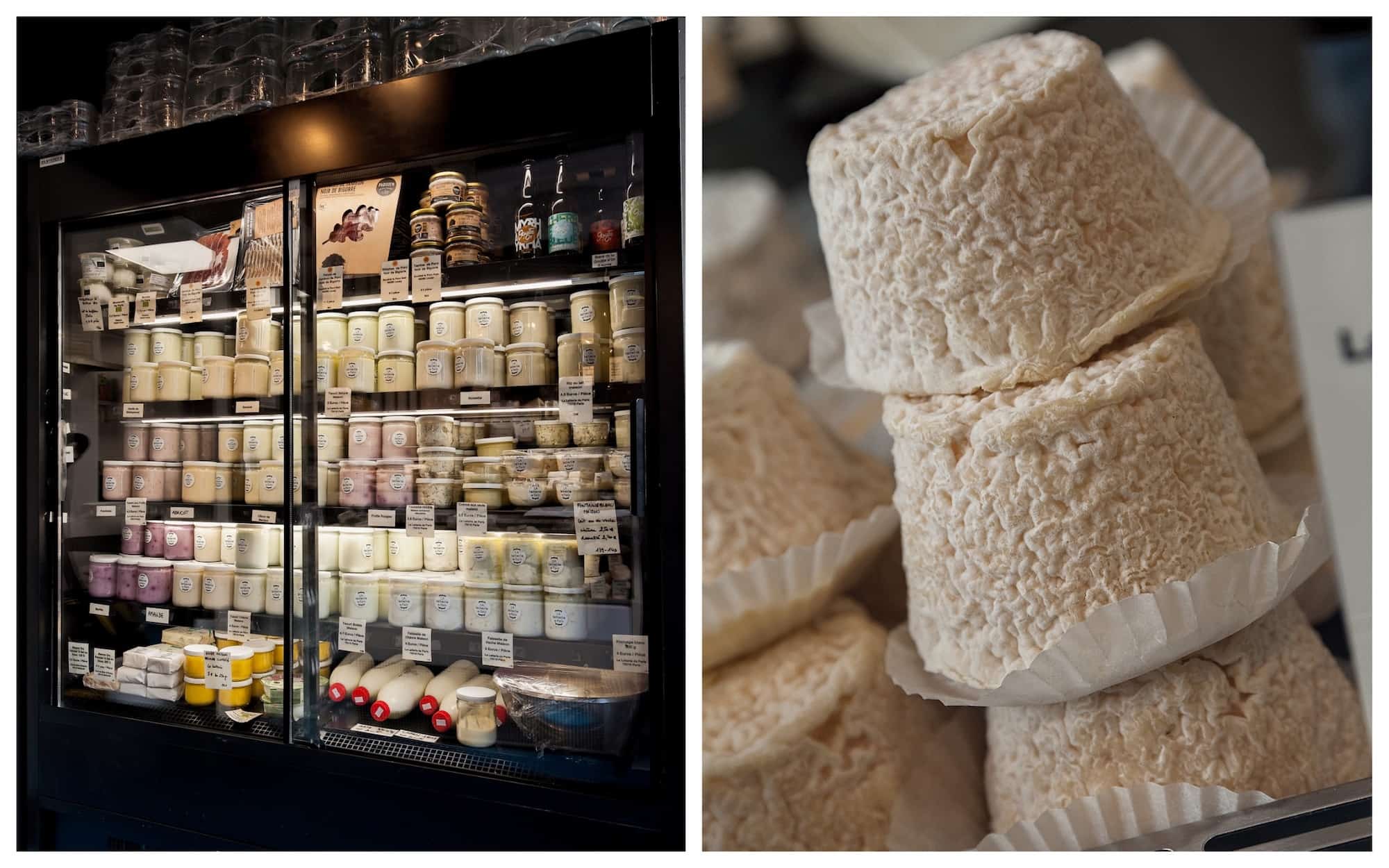 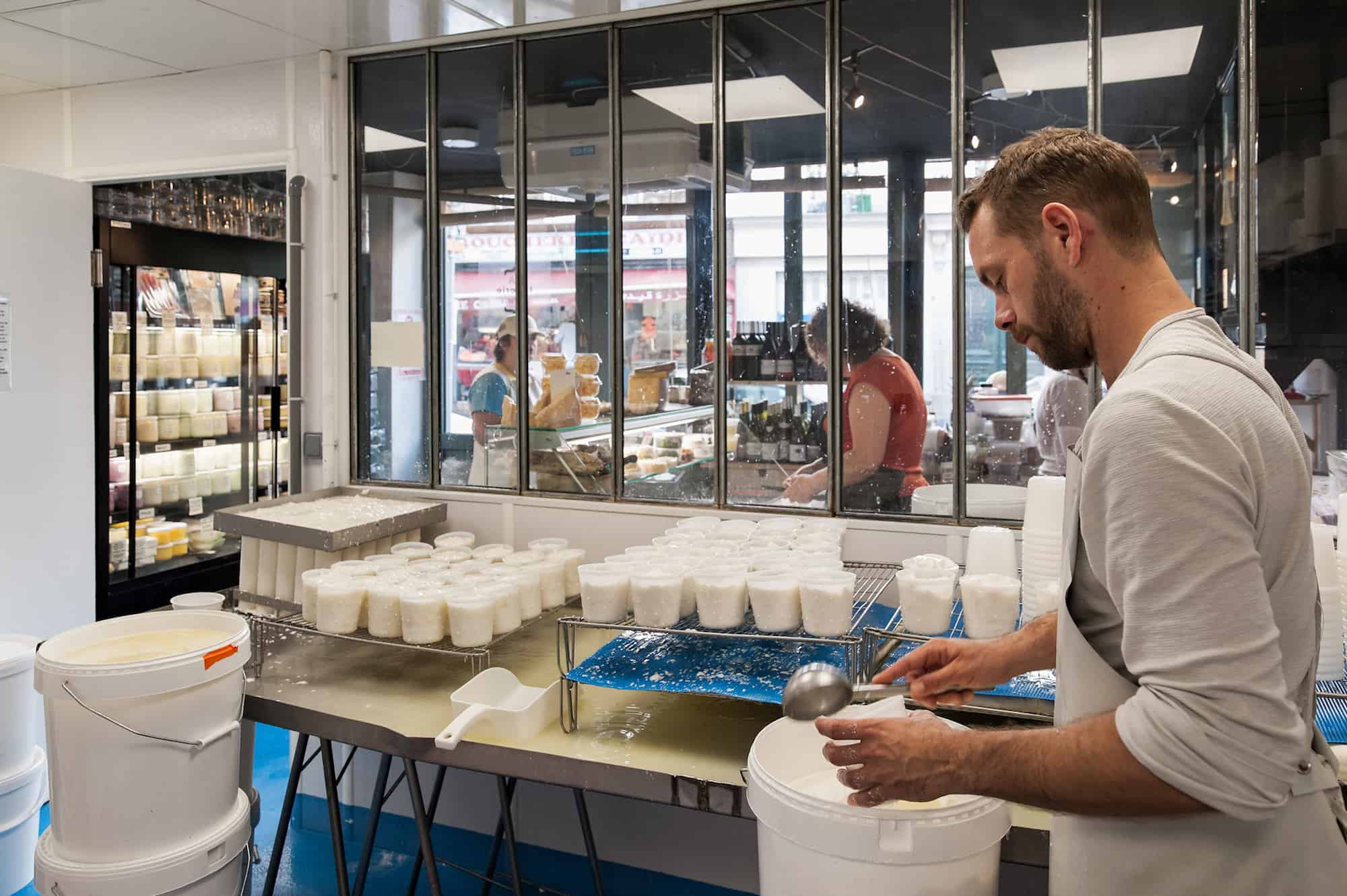 Coulon’s dream of of launching his own cheese production became a reality thanks to a successful crowdfunding campaign held last March, which raised over 40,000 euros and allowed him to purchase specialized equipment for starting his business. 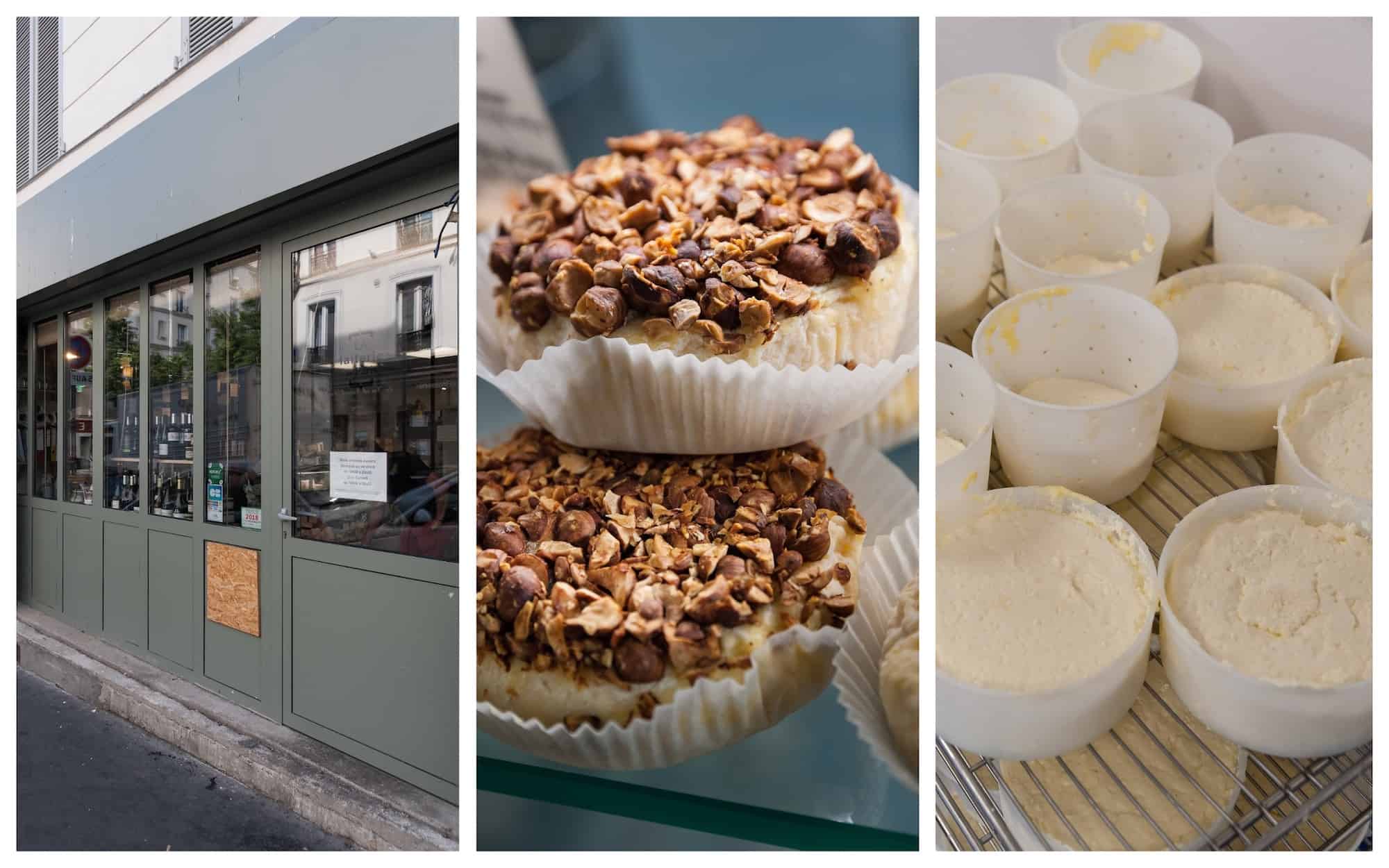 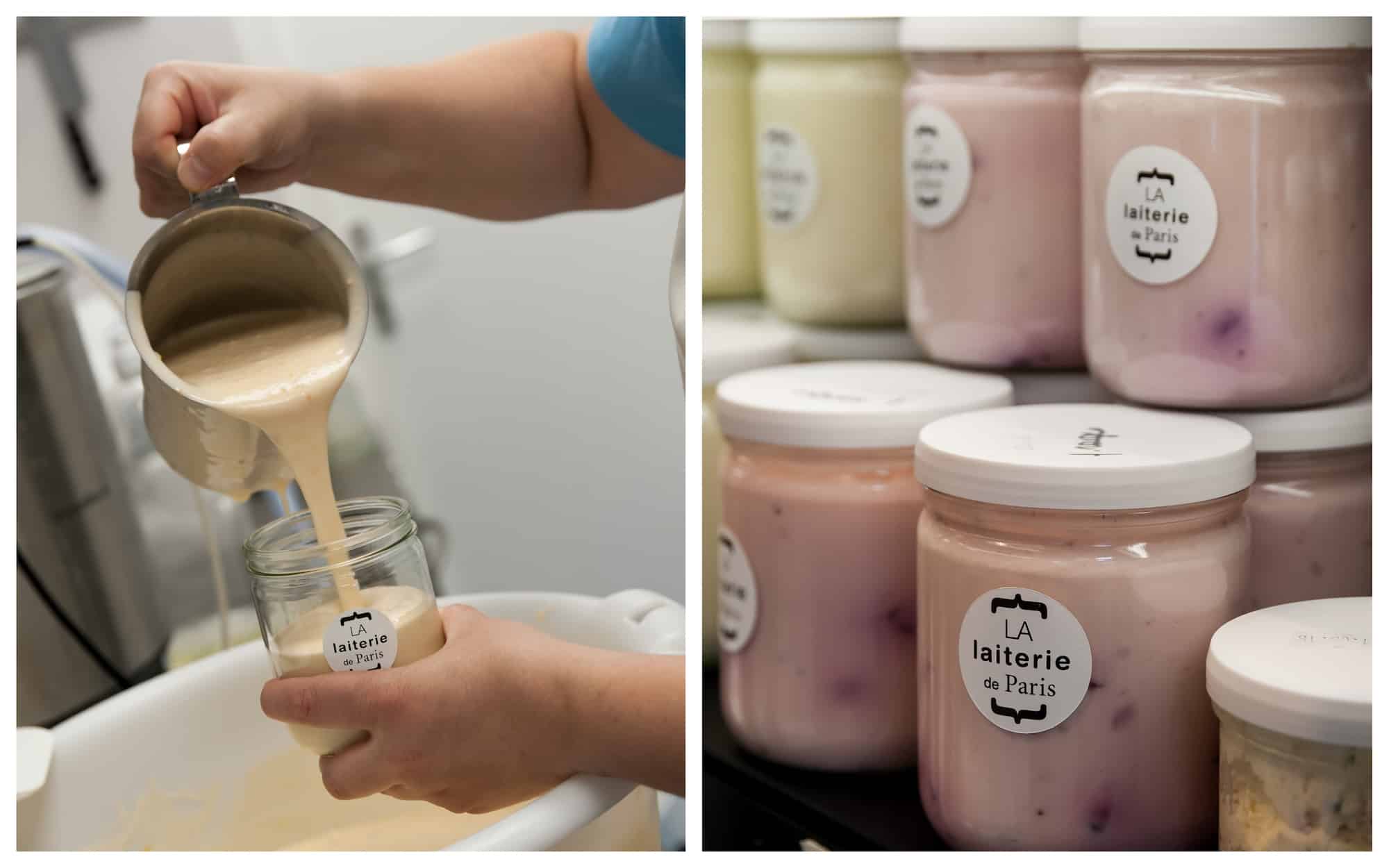 Produced in the lab section of his boutique, his cheeses are made of organic cow, goat and sheep milk from Brittany and the Seine Maritime region. As Pierre explains, cheese is a seasonal product and it’s this fresh milk that inspires him and his team. They currently have  delightful fresh goat cheese wrapped in delicate flowers for spring and summer will bring feta and tome. Winter will inspire their take on the British favorite cheddar- a sign of their open-mindedness and creativity in the world of French cheese. This is further expressed by partnering up with other small Paris-based food producers, like cheeses with beer from the Brasserie de la Goutte d’Or or herbs grown on the rooftops of Paris. 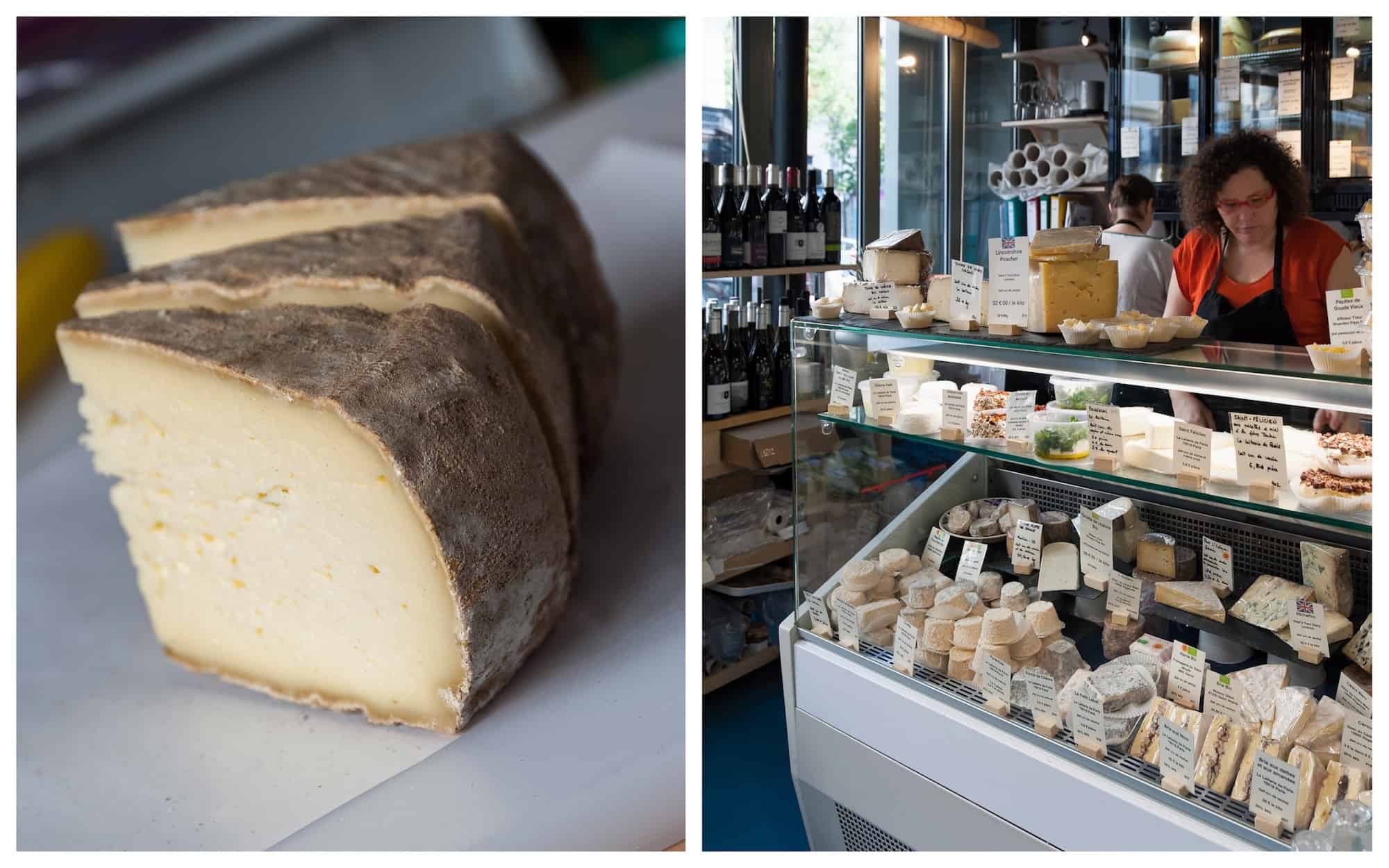 A true dairy, they also produce butter, yogurt, fromage blanc and their very popular fresh milk. Approximately 60% of the cheeses on sale in the shop are their own production, the rest are handpicked by Pierre and come from independent quality producers around France and Europe. These all go well with the beer, wine, jam and honey which is also available in the boutique. 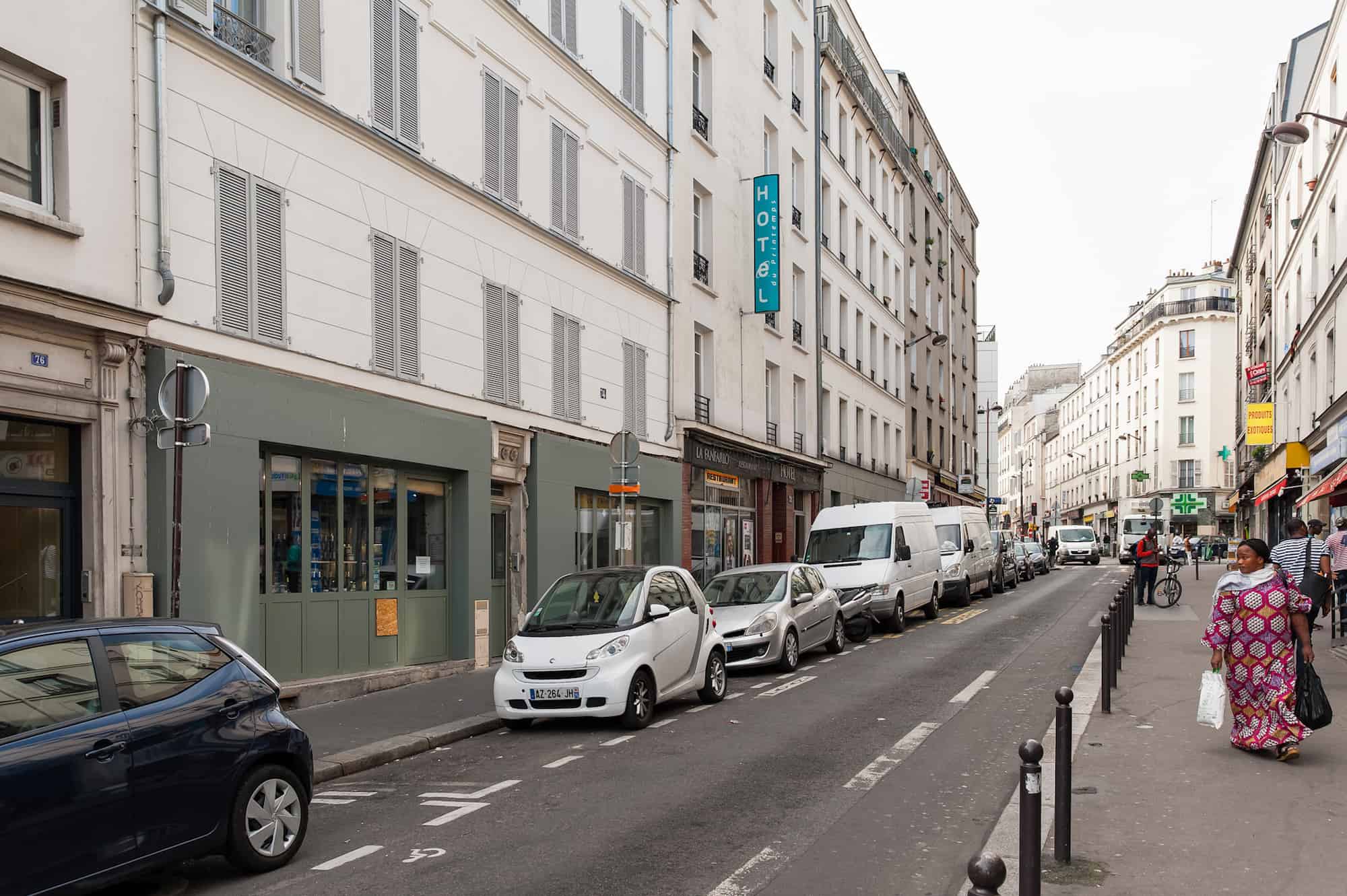 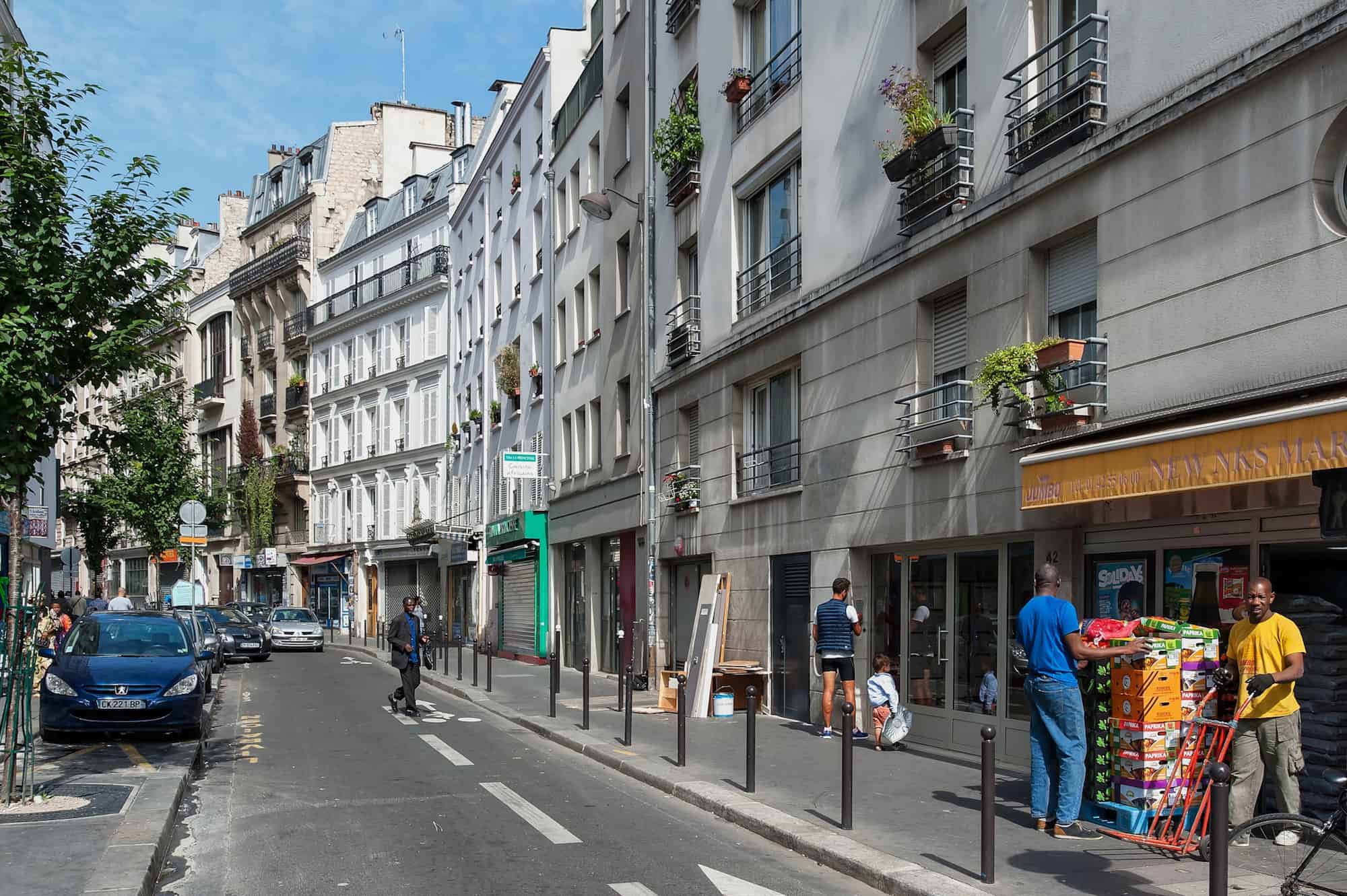 La Laiterie de Paris is currently working on a project to have some cheese aged in the caves left over from the defunct Montmartre stone quarry, a mere few blocks from the shop. Perhaps one day Pierre will be able to offer unique cheese tastings in the caverns, but in the meantime, his boutique is well-worth the trek to this part of the 18th. 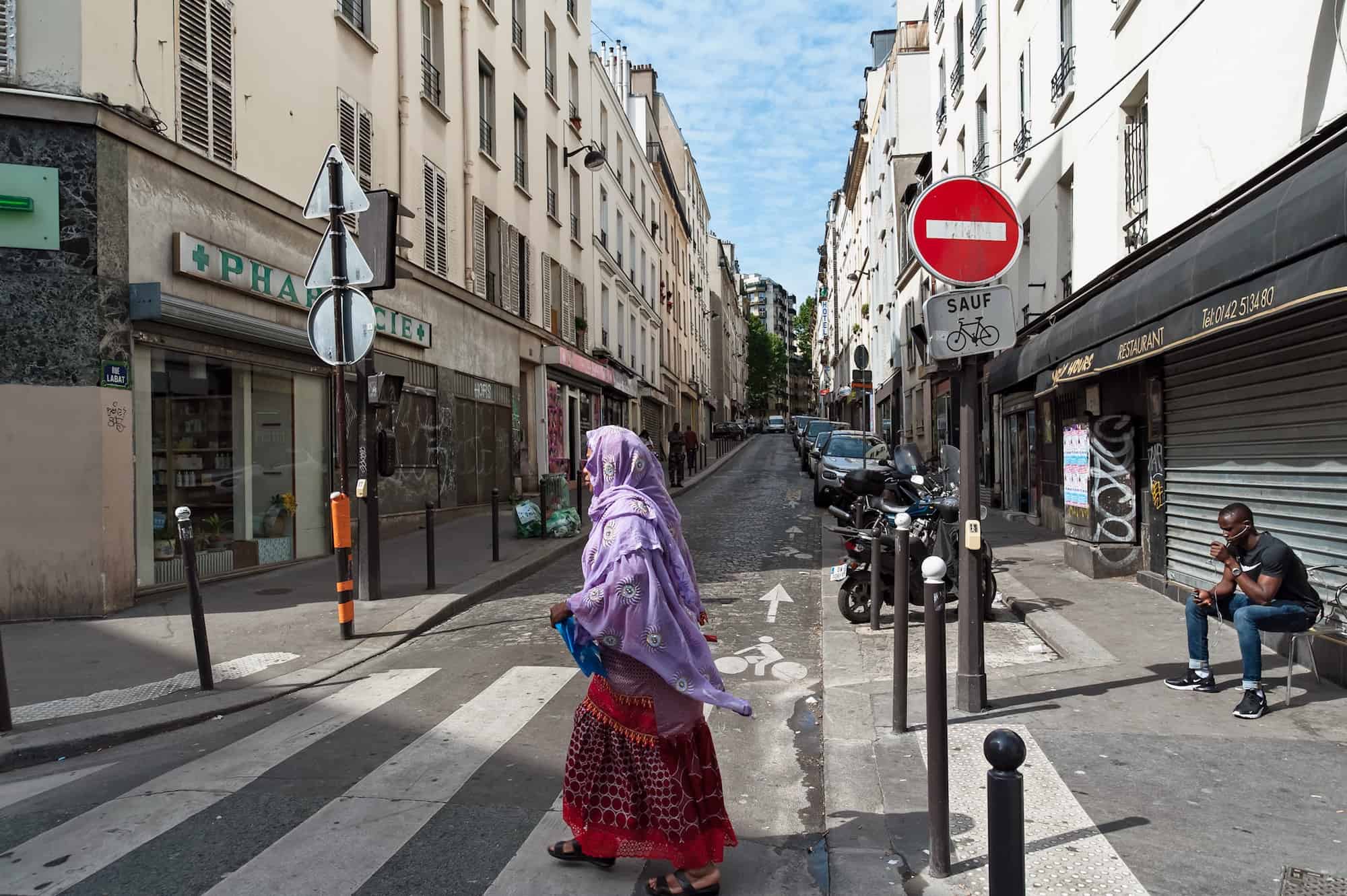 Written by Lily Heise for HiP Paris. Photographed by Julien Hausherr. Looking for a fabulous vacation rental in Paris, London, Provence, Tuscany, Umbria or Liguria? Check out Haven In.

Great article! I’m going to visit this place soon. There is another cheesemaker in Paris, tho 😉 Ottanta (19 rue du Cardinal Lemoine) They make mozzarella and burrata that is sold to the public, but also to many Italian restaurants in Paris, as well as Hotel Georges V and Hotel Le Meurice!

Interesting. I will check it out!