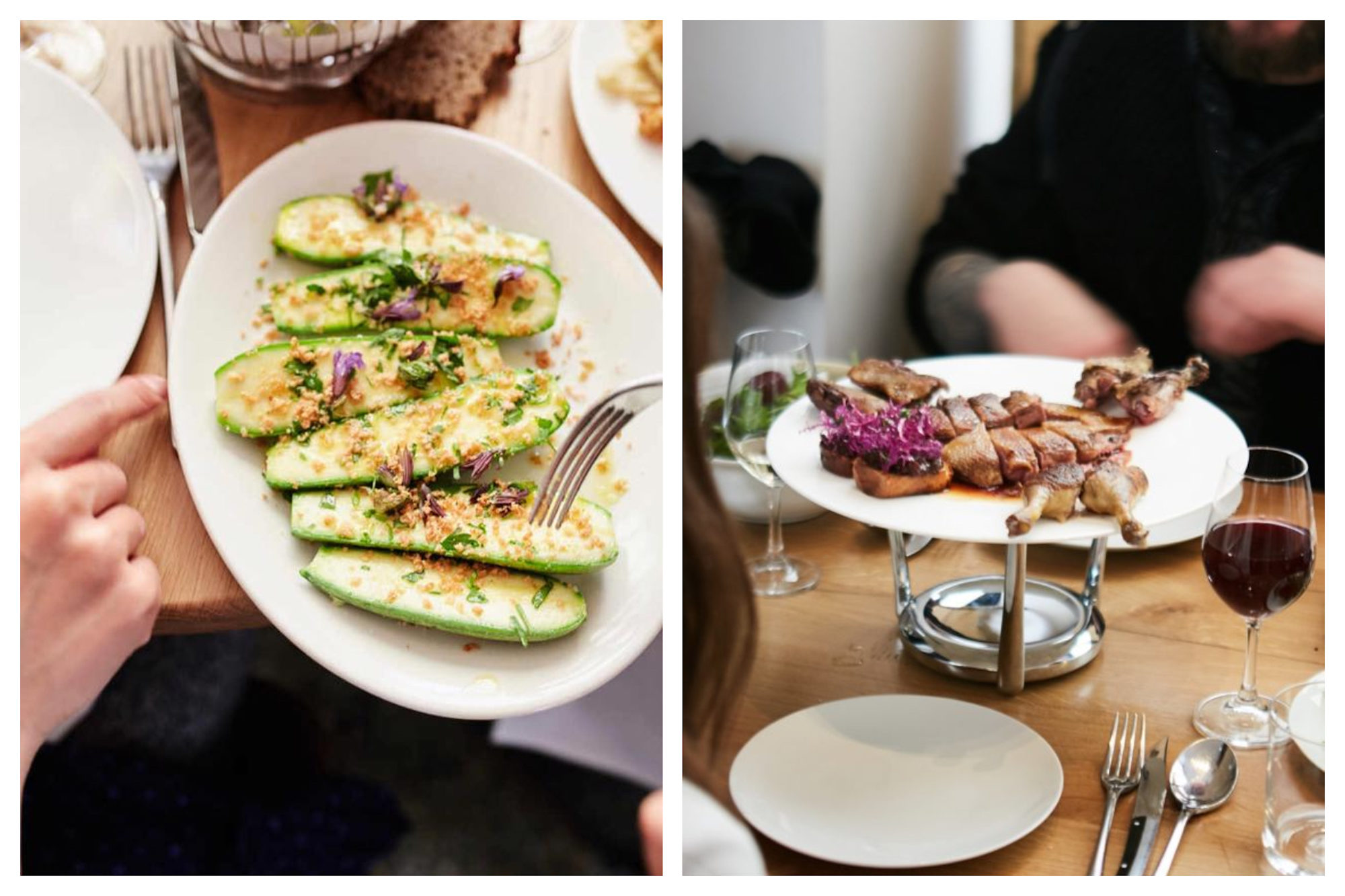 Italian chefs have made an increasingly bold mark on Paris’ food scene over the past several years. Among the most successful in this arena? Giovanni Passerini, named Best Chef by Le Fooding in 2017. After leaving Rino (which has since become Les Déserteurs), the Rome native opened his eponymous trattoria on rue Traversière, a calm street tucked behind Bastille.

His dishes are at once rustic and refined, fresh reinterpretations of Italian classics that seamlessly integrate French ingredients. The menu changes regularly, but guests are likely to find a thoughtful balance of pasta, meat and fish. For example, a meal could begin with charcoal-grilled mackerel atop an eel ragout and tarragon broth, continue with chili pepper and garlic linguine with monkfish liver and dried Crusco peppers, and wrap with melon-apricot granita with custard ice cream, brioche, and whipped cream.

In addition to his main restaurant, Giovanni is also behind neighboring Pastificio Passerini, selling house-made pasta and épicerie imports to go; is chef at the buzzworthy Hôtel des Grands Boulevards; and is part of Frichti’s “gang de chefs” a new delivery offering coming May 22.

Written by Erin Dahl for HiP Paris. All photos courtesy of Passerini/Mickaël A. Bandassak. Looking for a fabulous vacation rental in Paris, London, Provence, Tuscany, Umbria or Liguria? Check out Haven In.