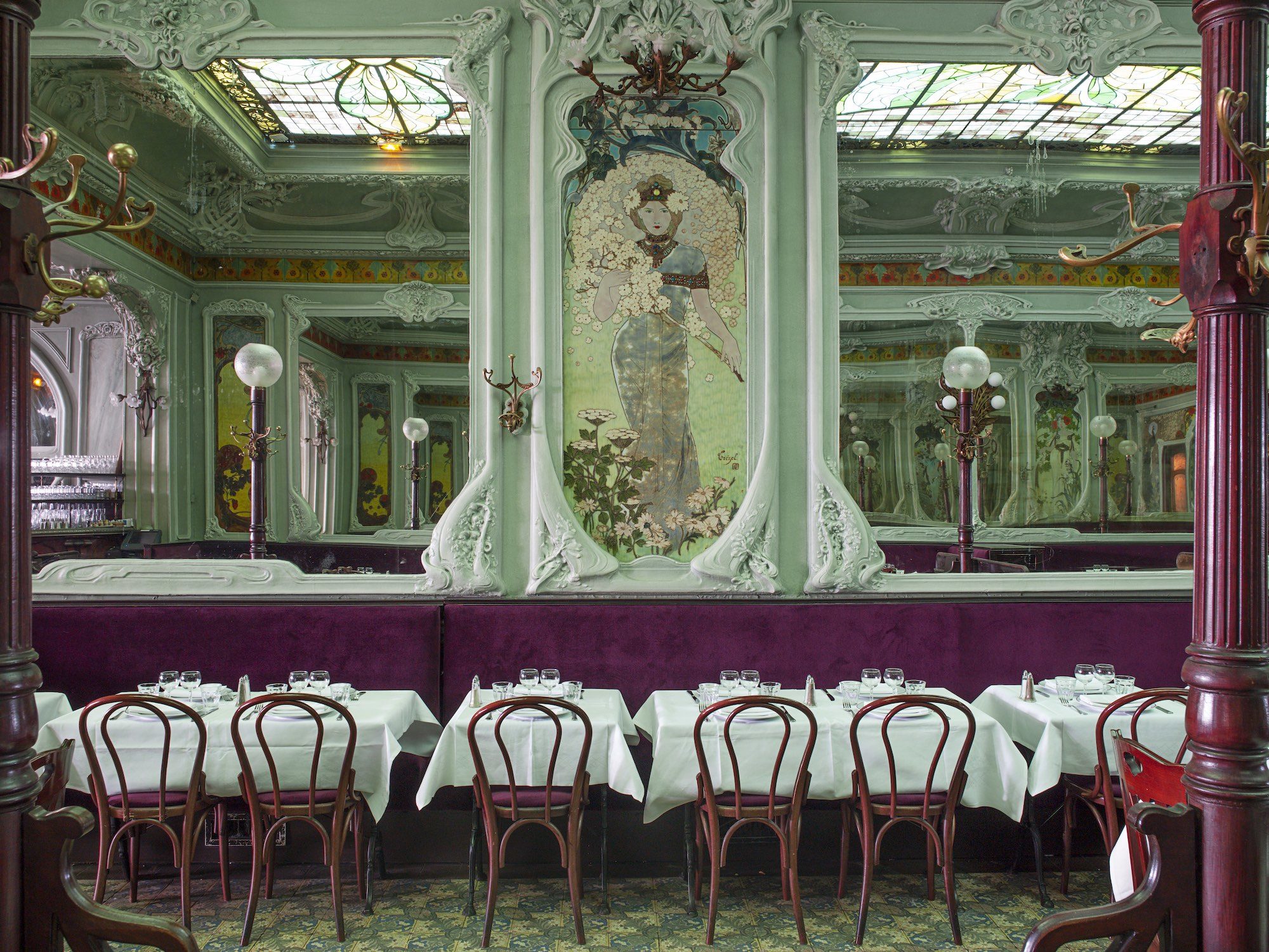 Recent years have seen néo-bistrots bring the capital’s sometimes-stuffy dining scene into the modern era with a fresh vision of French cuisine. At the same time, many have lamented traditional brasseries’ and bistrots’ decline into mediocrity. The pendulum may have swung back a little, and not a moment too soon for those nostalgic for affordable, rustic French comfort classics. The recent rise in popularity of les bouillons is a testament to this. These fast and cheap restaurants were once popular with the working classes during the Belle Époque, but had virtually disappeared, surpassed in popularity by the brasserie. Yet the public’s insatiable appetite for a quality bargain has meant that les bouillons are experiencing a revival, evidenced by the ever-present lines at Bouillon Chartier and, more recently, Bouillon Pigalle. A newcomer to the concept, Bouillon Julien entered the field this past summer.

Previously known as Brasserie Julien, this 10th arrondissement eatery recently changed hands, revamping its menu and reducing its prices. And it’s well worth a visit. Amongst the most beautiful restaurants in the city, it’s a well-preserved example of the Art Nouveau style. Initially opened in 1906, the building is classified as a historical monument and was one of Edith Piaf’s favorite haunts. This year, the building was restored to its former glory, the walls returned to their original sea-foam green to compliment the vibrant stained glass of the restaurant’s interior. 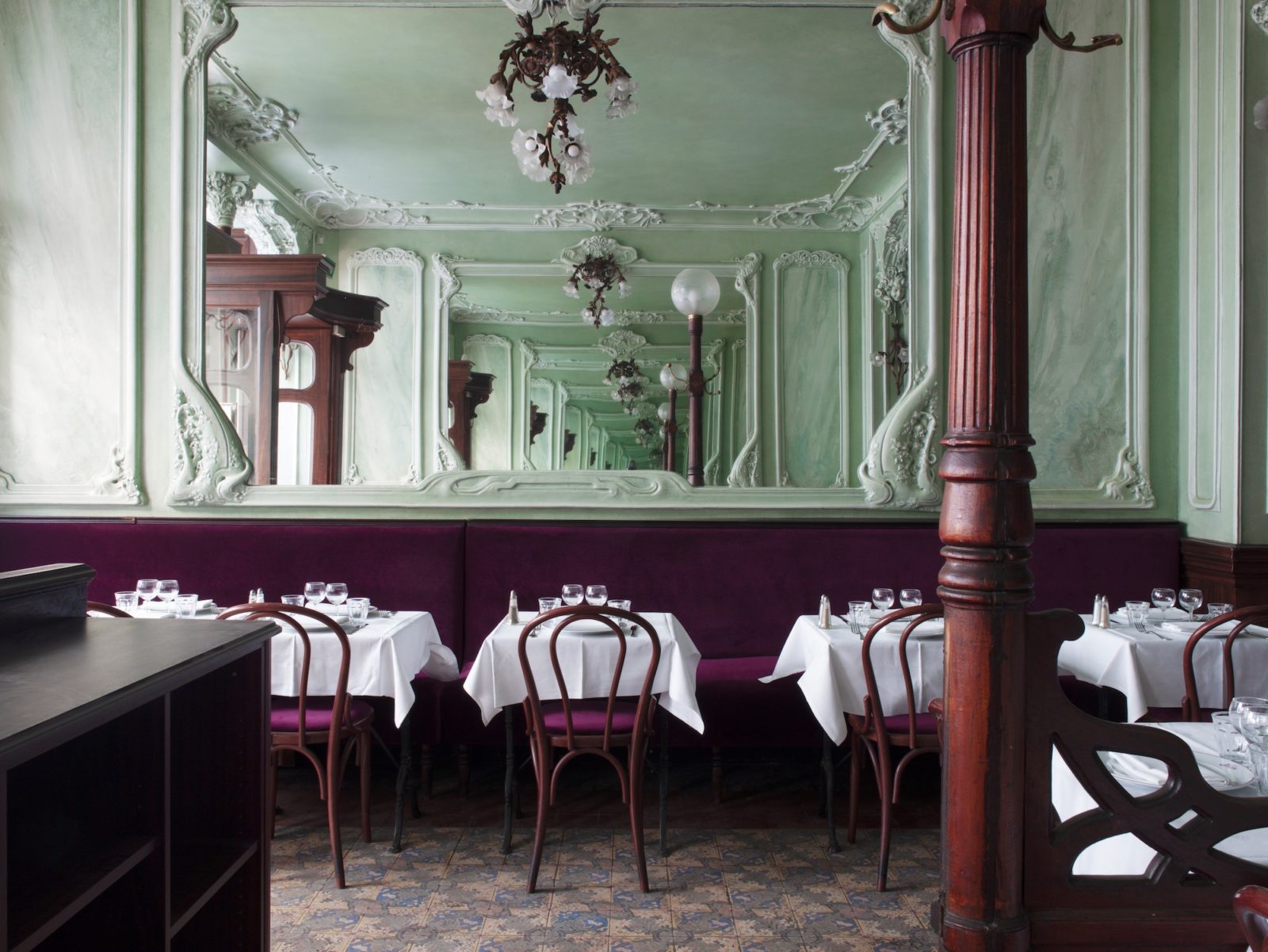 And the food? Based on our recent dinner visit, Julien offers superb value. A starter of endive and Roquefort — which costs 4.70€,  less than a salad at Pret A Manger — offered a bold marriage between the tart vinaigrette and intense saltiness of the Roquefort. Escargots (7.00€) delivered the buttery, garlicky goodness expected of this classic dish. We loved the pork belly and celeriac mash (a mere 10.90€) — rustic, well-seasoned, hearty cooking to warm the soul on a cold winter evening. The cauliflower gratin was the only low point — though not bad, it sat too long before being brought to us. However, with a price tag of 2.50€, a spirit of forgiveness was easy to muster towards one slip-up in an otherwise satisfying meal. 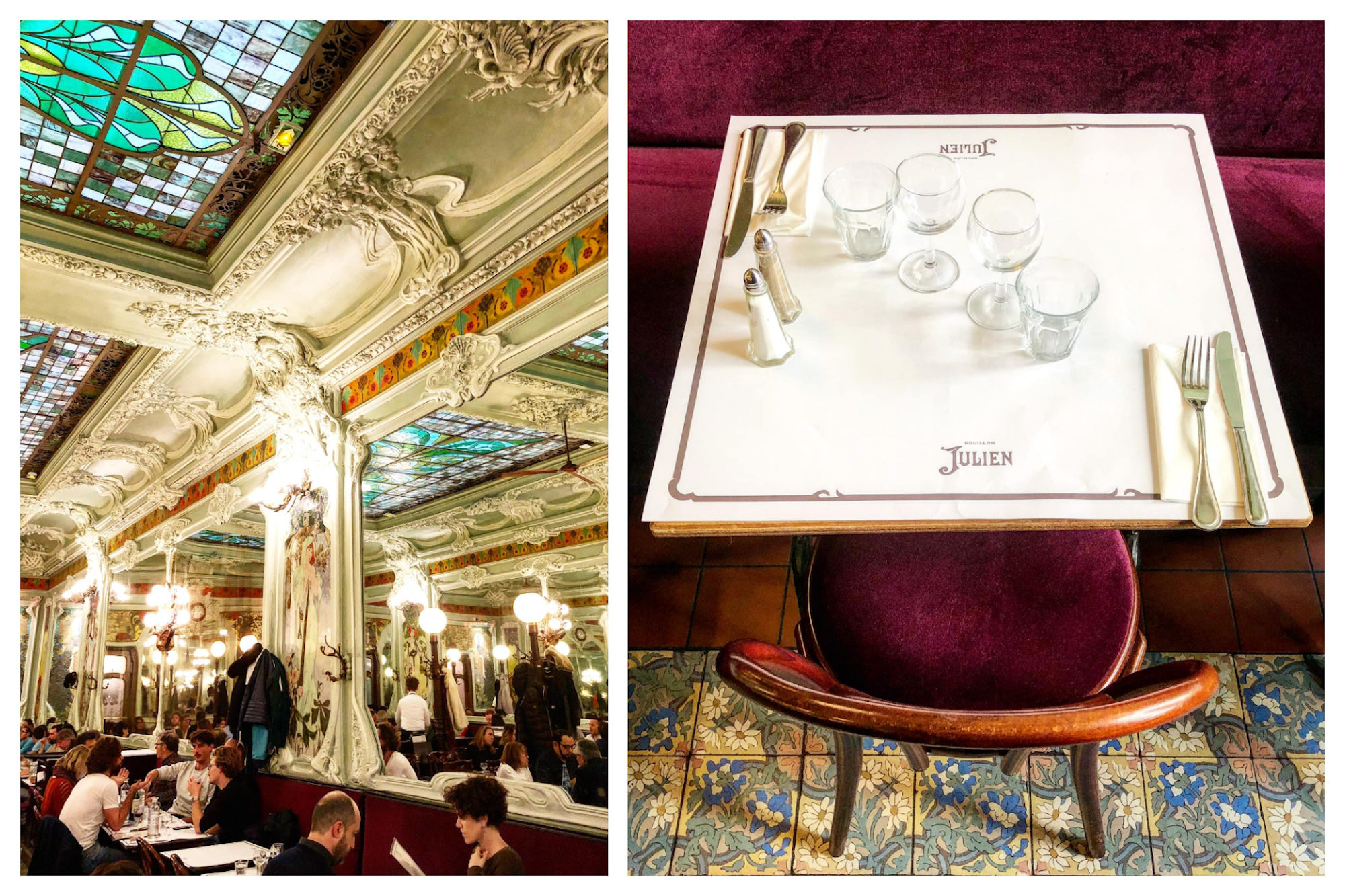 Might there be better versions of these dishes elsewhere in Paris? Most likely. But for glorious décor and solid traditional French cooking that’s easy on the wallet, Bouillon Julien is hard to beat. 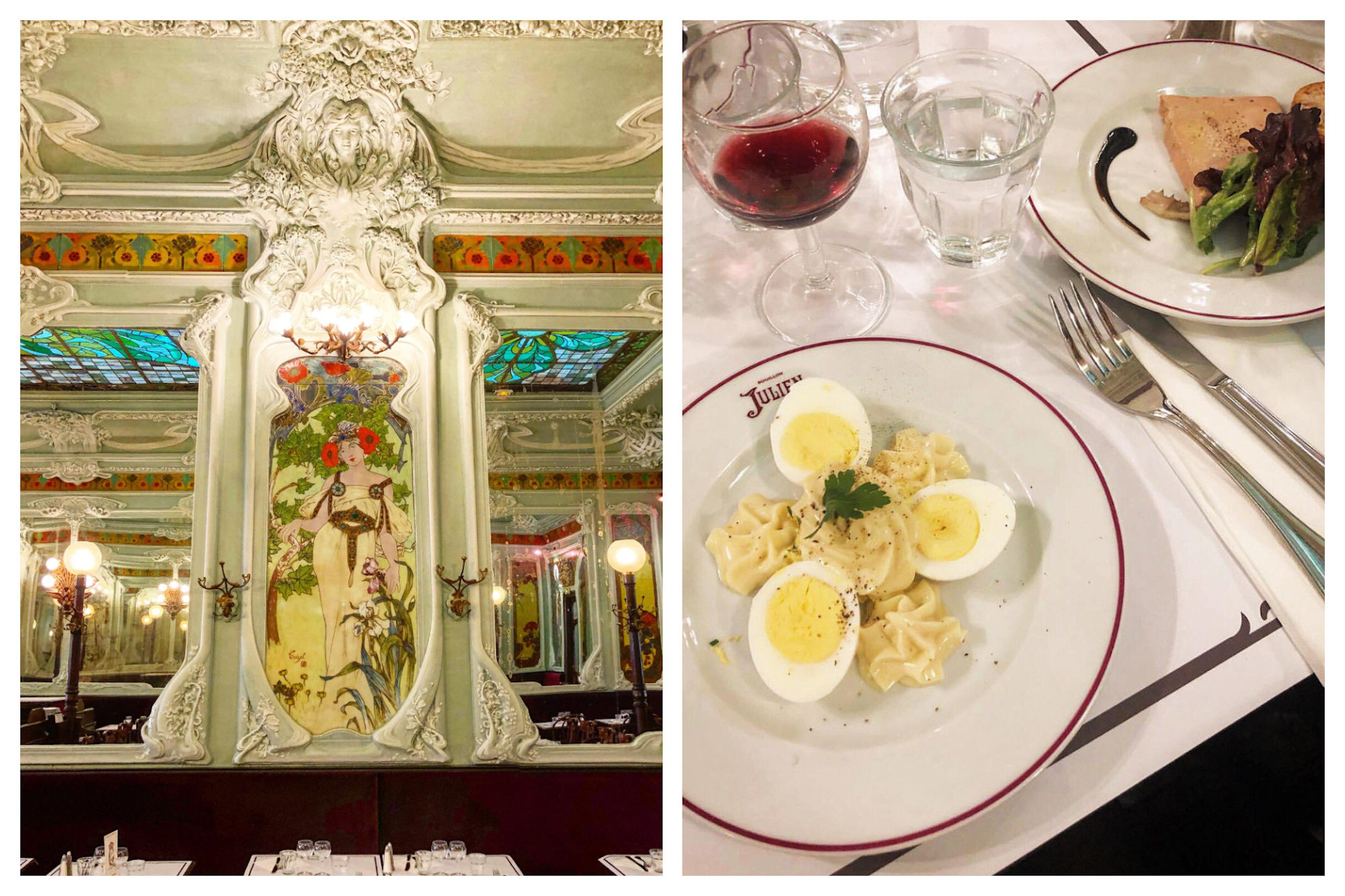 Written by Surekha Gupta for HiP Paris. Looking for a fabulous vacation rental in Paris, London, Provence, Tuscany, Umbria or Liguria? Check out Haven In. Mention the code: HiPParis19 for special deals and a bottle of champagne with every booking for all HiP Paris readers!

The Paris 2024 Olympic and Paralympic Games: Everything you need to know
The Allure of the French Kitchen
Moving to Paris: Diary of a Would-Be Parisian
The Sweepstakes is Ending: Win a Week in Paris

One comment on “Classic French Cuisine on a Budget: Bouillon Julien Paris”