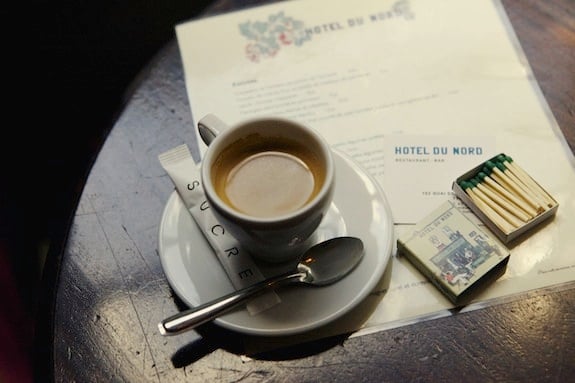 NOT the Eiffel Tower. We’ve seen it so many times! From the Lumière Brothers’ 1897 Panorama to Merchant Ivory’s 2003 Le Divorce. You can also forget Sacré-Coeur (Amelie, 2001) and Notre Dame (all the Hunchback movies). But there are hidden romantic movie locations all over Paris waiting to be discovered…

Now this one’s complicated so listen carefully. When Michel Carné made his classic movie of doomed love and dreams of escape in 1938, the decrepit Hôtel Du Nord on the Canal Saint Martin had already closed. So set designer Alexandre Trauner reconstructed the building and a whole stretch of the canal (complete with bridges) on a soundstage outside Paris. The real-life hotel was saved from demolition by its newfound on-screen fame and is now a restaurant of the same name, capitalizing on the movie’s retro glamour. It’s well worth a stop for its boho setting as well as its manouche (gypsy jazz à la Django Reinhardt) nights every Thursday. Sadly the hotel does not actually rent out rooms. 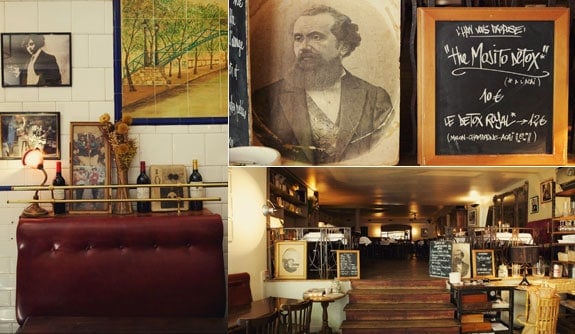 I’m finding it difficult to track down the ‘little Place near the Luxembourg gardens’ where the lovers in L’Appartment, Giles Memouni’s 1996 little-known but impossibly romantic and twisty Hitchcockian thriller, meet, or fail to, but I think it’s the Place de Furstemberg in Saint Germain. Additional romance factor – Vincent Cassel and Monica Bellucci, the Brangelina of French film, met on set. While you’re there, you can also visit 19th century painter Delacroix’s house and studio, now a museum, in the corner of the Place. 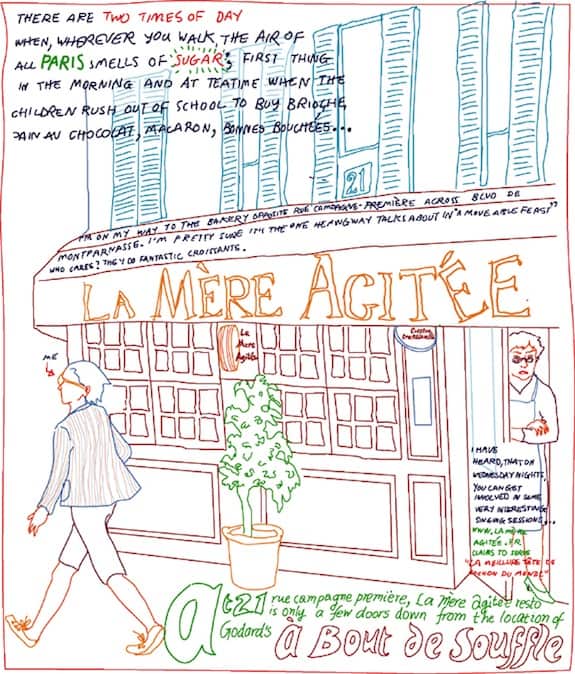 Turn off the Boulevard Raspail in Montparnasse into rue Campagne Première and you’ll find yourself in the last scene of Godard’s Beat classic. Number 11 is the building where French small-time crook, Jean-Paul Belmondo, and American wannabe-journalist, Jean Seberg, spend their final night together and the end of the movie (I’m not giving anything away) is played out the next morning on the street below.

After browsing the street’s second hand bookshops and art galleries, eat at moderately-priced Natacha or bon marché La Mere Agitée. Seberg, who died in Paris, is buried in the nearby Cimetière de Montparnasse. 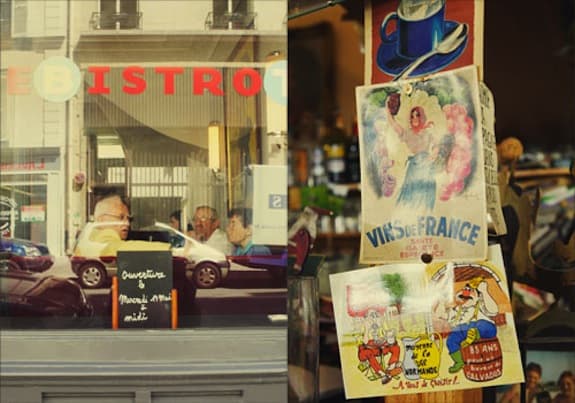 This must have you thinking, does any Paris love story end happily? Let’s see: Les Enfants du Paradis, Les Amants du Pont Neuf, Bonjour Tristesse – erm I think that last one says it all. But it’s the French who see their city as the capital of doomed lovers: for a more optimistic outlook, you have to cross the Atlantic. Paris just does something to Americans. Watch the 1995 version of Sabrina with Julia Ormond and Harrison Ford to see the effect in the final scene on the Pont des Arts; or maybe visit the Louvre and practice descending the staircase in front of the Winged Victory statue like Audrey Hepburn, playing bookstore-assistant-turned-model Jo, as she falls for photographer Fred Astaire in Funny Face (1957). Or even spend a night at the Jeu de Paume hotel where the strictly business relationship between Pretty Woman (1990) Julia Roberts and tycoon Richard Gere begins to get mushy round the edges. Who could fail to be moved as the camera tracks Julie Delpy down the Promenade Plantée, the long thin elevated garden that brings a splash of green to the built-up 12e, as she justifies her life to Ethan Hawke, the guy that got away nine years previously in Before Sunrise? This bittersweet love story doesn’t quite fit our ‘loved-up Americans’ theory. Why not? Perhaps because Frenchwoman, Delpy, co-wrote the script with American, Linklater.

Written by Badaude for the HiP Paris Blog. Lisa Weatherbee is a New York based photographer and designer, currently eating and shooting her way through Paris. Looking for a fabulous vacation rental in Paris, Provence, or Tuscany? Check out Haven in Paris.

The concepts in the essay all also are written in a way that will be very easy for anyone and everyone that reads the paper to understand. Given your lecturer will be expecting you to complete the term paper within a certain time, the writers here will not let you down on this but will work around your time and ensure that they complete writing the excellent essay way before the deadline of the paper that you had stated for the term paper.

Hotel du Nord, such a great place in a wonderful location by the Canal Saint Martin. We had a great night when we were last there for our review. Nostalgic, romantic and oozing with atmosphere.

Place de Furstemberg was also the location of the famous last scene in The Age of Innocence by MScorsese.

Beautifully written and researched. So very much enjoyed the tour and points of interest which I shall log for my next jaunt to Paris. One of my very favorite cities in the world. You are so right – Americans love Paris. Guess that’s why so many movies and books have been written about it. This was a great read, articulate and concise. I’m very glad I’ve subscribed.

A tout a l’heure
Penelope

Oh so frustrating I havent seen all those movies yet. Now you just added some more to my list AGAIN. But I love that. Thanks a lot. Love this blog.