A Chat with Jeweler Beatrice Knoch: Check Out Her Studio This Weekend at Montmartre’s “Portes Ouvertes”

This weekend, HiP friend and jeweler Beatrice Knoch is participating in “Portes Ouvertes” in Montmartre. This is a great opportunity to stop by her atelier (work and living space) to see her unique jewelry and to meet the woman behind the designs! German-born but Paris-based for the past 9 years, Beatrice sat down with HIP to discuss her career as a jewelry designer and the things she loves about life in Paris and Montmartre. 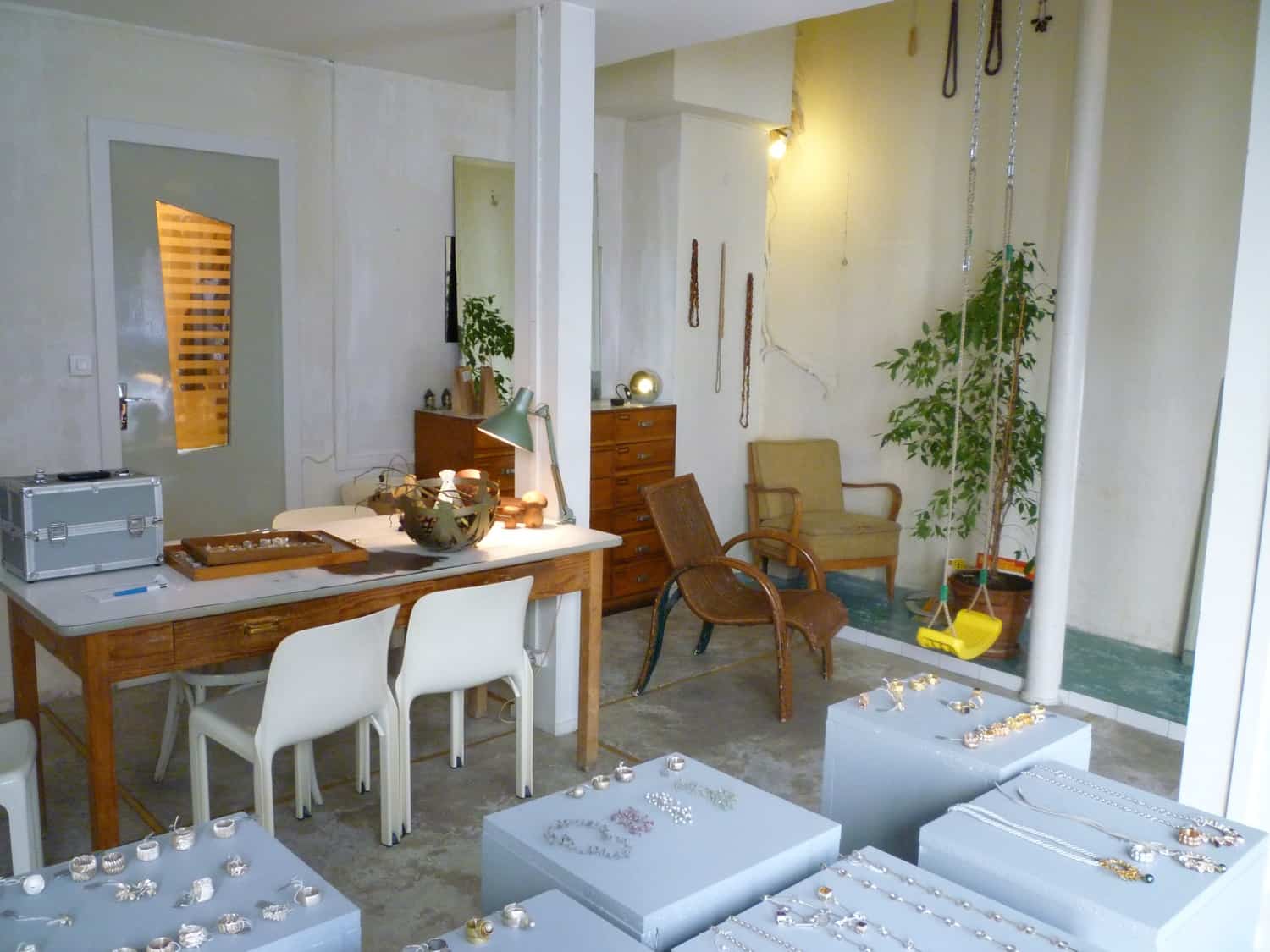 HiP:  Have you always wanted to be a jewelry designer?

BK: No, at first I wanted to practice medicine. I studied Latin, worked in a hospital, etc.

HiP: What did you study?

BK: In the end, I did Islamic Studies for two years—Turkish and Arabic and all that—at Freiburg in Germany.

HiP: When did you come to France, and where in Germany are you from?

BK:   It wasn’t until I began my career as a jewelry designer. I did my studies in Germany, in Pforzheim, on the edge of the Black Forest, where I grew up. 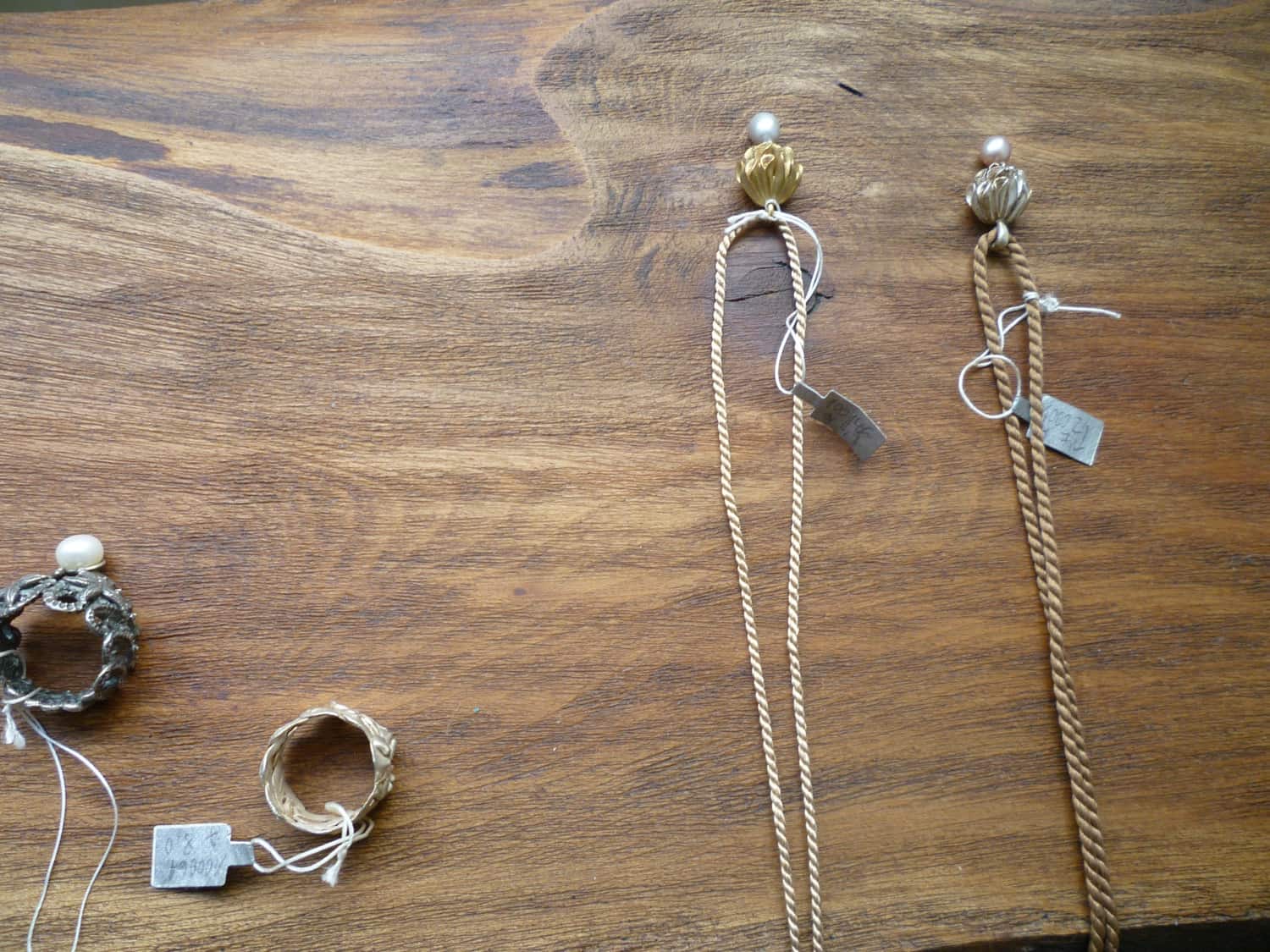 Beatrice at work and some of her work

HiP: How many languages do you speak?

BK: Good question! I speak German, French, and English without a problem. Writing them is another story …

HiP:  How did you end up in Paris? Do you want to stay in Paris? In France?

BK: I had always wanted to go elsewhere… but where? I had crisscrossed Germany; first Hamburg, then Leipzig. I don’t like London much. I had always dreamed of New York, but it was a bit far. I must admit that a friend pushed me—maybe forced me—to come and do my thing: my store, my show-room, a new life, a new country. I had never lived in France even though I had dual French-German citizenship, which was another factor that drove me to move.  So, Paris yes! Elsewhere in France, no.


HiP: What is the biggest difference you see between living in Germany and living in Paris?

BK: I think the difference is hard to define. It’s Paris — which we all know. As a city, it is cosmopolitan, charming, a bit hypocritical. Is that the difference? It’s hard to say.

HiP: How long have you been in Paris?

BK: Nine years now. I have managed to establish myself professionally here.

HiP: Why did you decide to live in Montmartre?

BK: It was by chance. I looked in the 20th, but one night I was with a group of friends and we came across a flyer on a window: for rent! I tried my luck.

HiP: How do you describe the jewelry that you make?

BK: My jewels? I find them very vibrant and natural. It’s not easy to talk about one’s own work, but I find them charming, unpretentious, made from quality materials like silver… they’re a bit of a departure from the mainstream. I guess you have to take risks!

HiP: How do you see your jewelry developing in the future?

BK: My progression has happened gradually; it is very linked to my family life, which now includes two children. I think I now need to expand to a broader, more global market. I should definitely organize a trip to the United States, where a lot of people like my work. Christmas of this year won’t work, but maybe Easter 2010!

HiP: What are the hours of your atelier and how can someone reach you to stop by to look at your jewelry?

BK: My studio is open Tuesday, Thursday, Friday, and Saturday from 11am-7pm. Otherwise, I can always be reached via email at [email protected]


HiP:  What is your favorite neighborhood restaurant? Cafe? Boulangerie? Other things to do  in Paris?

BK: You must see the park and the boutiques at the Palais Royale (M° Palais Royale), and the Musée de la Chasse on rue des Archives. It’s magnificent… a real feast for the eyes. On my street (rue Andre del Sartre) there’s a good Vietnamese dive, the Colline d’Asie. Just next to me, there is also Cheri Bibi, very trendy with a good kitchen. Le Floors is a good London-style café above on the rue Poulet (M°  Château Rouge), and the list goes on… Oh, I forgot a boutique, Atypyk on rue Lambert behind the hill!

Or stop by during her regular hours Tuesday, Thursday, Friday, and Saturday from 11am-7pm

Make sure to visit the Portes Ouvertes de Montmartre this coming weekend!