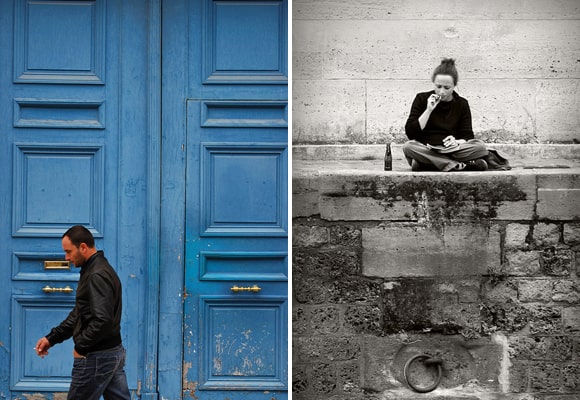 After several weeks in sunny California, Paris can feel like a bit of a shock. Everyone knows that Californians are preternaturally, well, sunny. Parisians? Not so much. But are Parisians as rude as their well-worn reputation? Although I hate to admit it, I’m tempted to say oui. 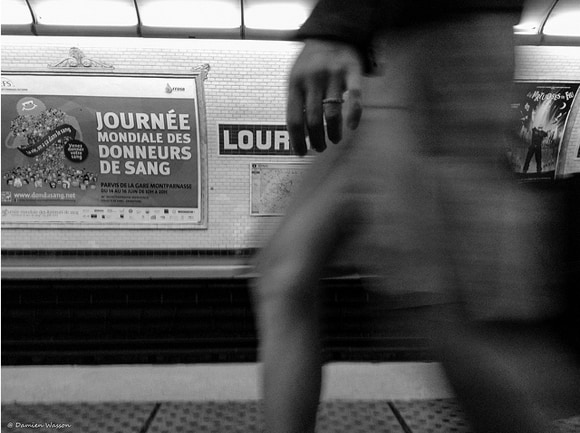 But here’s what I’ve learned: rudeness is in the eye of the beholder. After all, one woman’s nasty remark is another’s conversational norm. And while many Parisians might be described as rude, they are also — and often maddeningly — scrupulously polite. So what gives?

To help decode yet another aspect of this French paradox, here’s a little cheat sheet to employ on your next visit. 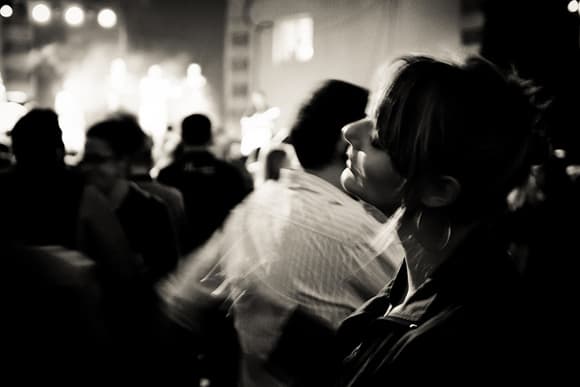 La politesse. As most people know, the French have deep affection for the history and tradition of their beloved Hexagone. Deeply ingrained in this tradition are the rules of la politesse. They govern the formalities of how the French greet one another (les bises), suitable (and unsuitable) topics for conversation, strict rules for behavior à table, deep respect for elders and many more. Break — or misinterpret — these rules at your peril. 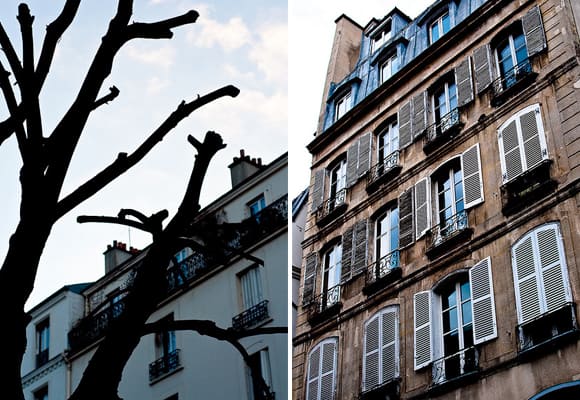 Bonjour, madame! If there’s one golden rule for a successful interaction in Paris, it is this: One must always, always, open with “Bonjour,” and close with “Au revoir”. This is especially true in shops or any commercial enterprise. Places of commerce are seen as the private domain of the shopkeeper or salesperson. You wouldn’t enter someone’s home without saying “hello,” now would you? I didn’t think so. 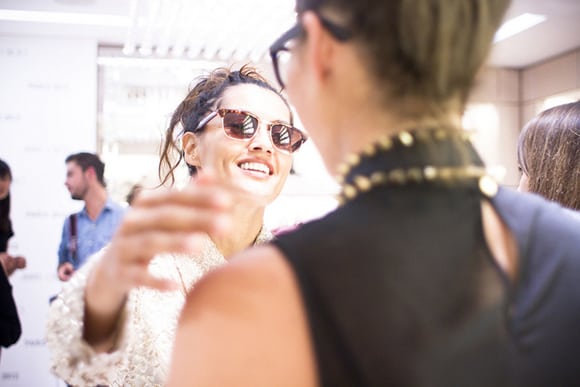 Just yesterday, my son and I ran into a neighbor (une femme d’un certain age, as they say). My son is shy and tends to cast his eyes downward when confronted on the street. After our brief and friendly exchange, she leveled him with a look and said, “You say neither hello nor goodbye, so I am not very pleased with you.” Ouch. 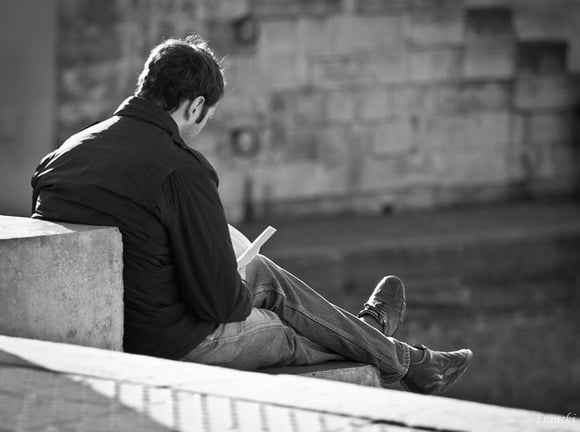 Say cheese! Everyone knows Americans love to smile. Smiling at someone (or at least not scowling) when your eyes happen to meet is just something we do. It’s also something we expect in return. The French do not do this. A Parisian smile is something to be earned, a gift conferred for an exchange well-played, or a blossoming rapport built over time. 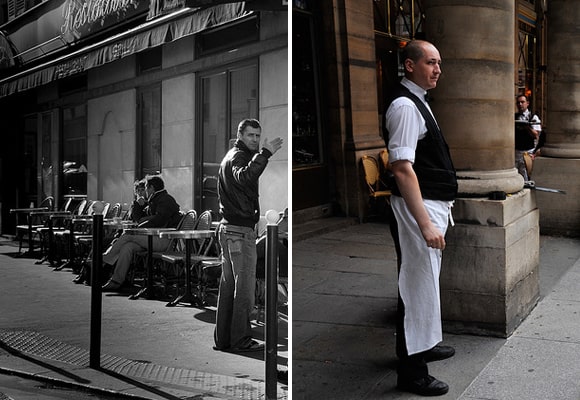 They don’t dole them out to strangers just because you happen to be crammed into the same metro car or proffering your hard-earned centimes for a fresh baguette. They smile when they mean it. (And when that happens, it can be pretty great). 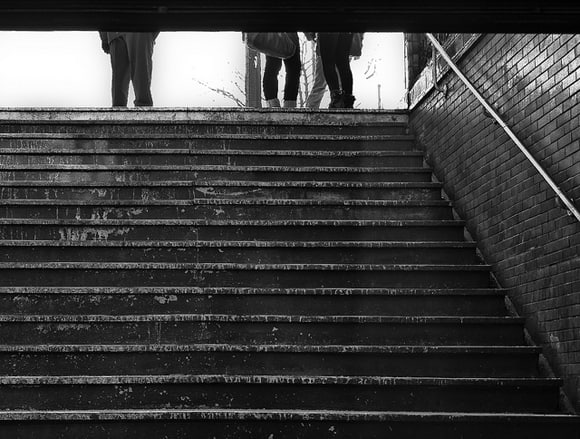 The customer is always…wrong? For those accustomed to idea that “customer is king,” this can be a tough one. Because in Paris, the customer is quite often wrong. Why? Because, as everyone knows, a Parisian is always right. (And even if he isn’t, he’ll never admit it.) It’s just not done. I credit the French educational system for this particular peccadillo where there are only two kinds of answers: right or wrong. 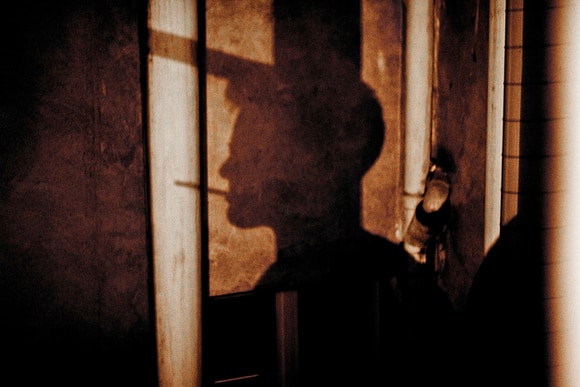 And trust me, as a school child in France, you don’t want to find yourself among the later. And so the French learn early that a confidently played — often argumentative — response is preferable to none at all. Don’t go asking to “speak to a supervisor” or accusing a customer service rep of wrongdoing. You simply will not get anywhere. 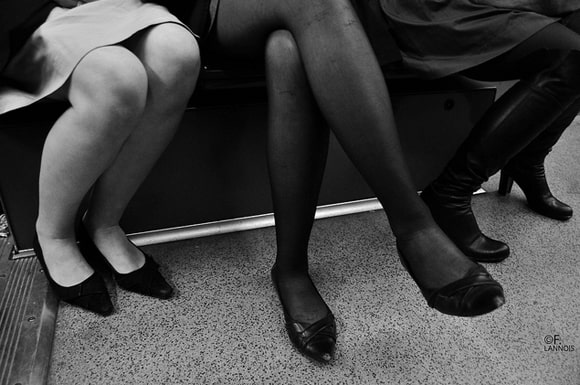 So, how to survive and thrive in Paris? Throw your shoulders back, put on a confident face and sling an expensive bag over your arm. Hold your head high, walk (and talk!) with purpose. Don’t take it personally if someone bumps you in the street; they’ll very likely hold the door for you as you exit the metro station. And when the going gets tough, throw a little attitude. The French respond to strength and love a good match of wills. It’s all a game to them and only the strong shall prevail.

Written by Paige Bradley Frost for the HiP Paris Blog. Looking for a fabulous vacation rental in Paris, London, Provence, or Tuscany? Check out Haven in Paris.

I visited Paris for the first time at the end of September, and I found the people to be nicer than expected. For the most part, they were pleasant .. and as long as you say ‘bonjour’ and ‘au revoir’ and make an attempt to speak their language, they were nice. I only had high school French, and I’ve been out of high school for a few decades. My french was clumsy and very limited. Paris is beautiful and can’t wait to go back!

I loved, loved this post! I find myself thinking the same thing living in Paris. You gave great tips and seem to have a good handle on the sometime difficult Parisians!!

I have just landed home to Australia from 5 weeks travelling France including 9days in Paris. I do speak French a bit better than a beginner and I found the French to be extremely helpful, friendly and polite. I knew about politese before going so ahered to those customs and spoke as much French as I could before reverting to english and we had the most amazingly wonderful time over there. Perhaps in Paris they are not quite as smily as in other parts of France but generally we didn’t have any bad experiences. I travelled with two children (8 and 5) and everyone was so lovely and saying how gorgeous they were etc. We have only been home 4 days and we are planning our next trip. My advice to travellers have at least a basic French language and try to speak it first- in Paris you will be given so much more help if you at least atempt it. I got ill in Paris and had to get a Dr to my apartment and everyone involved apologised to me for not having better English!! I am in love ahhhh Paris xxCorrina

This is all SO true. I love this post! I’m from the SD/LA area and I can completely agree with you on this.

Thanks for the wonderful comments. As with so much in life, our experiences in other countries are dictated by our own attitude and perspective. I find that an open mind and sense of humor are always helpful!

My mother is French, and raised my brothers, sister and I with exemplary manners, tact and confidence. While we may seem aloof to those who do not know us very well, it seems better to me to err on the side of formal behaviour on most occasions.

My visits to Paris has always been wonderful, and I found the Parisians very helpful and accommodating.

I live in the U.S. and I’m a citizen, and even I think Americans are ruining customer service. Nowadays, clientele expect over-the-top responsiveness and grandiose displays of friendliness in the most basic of transactions. Efficient service minus an ear to ear grin is seen as being cold or distant. ‘Tis a shame, really.

Very funny. The most polite people I was in contact with in Europe were in Amsterdam. Delightful people.

Perfectly said….I can’t wait to return. I’ve had nothing but wonderful experiences in France while many Americano hate their experiences there. But I’m not a quivering violet, and am very interested in our cultural differences. Great entertainment, sometimes. Thanks!

I love this. I have visited Paris a few times and I live in the south (of the United States) night and day.

Actually I am going to write a blog post about this (French vs. Southerners); can I quote your blog post and link to you?

Let me tell you a story of mine. A few years ago I was in Paris at a shop summer sale. I held a skirt in my hand, just to have a look at it. A french “lady” pulled out the skirt from my hands, but she said “Pardon Madame!” :L

I must say that this makes perfect sense. In fact, I live in California now and have for years: the population here can be very rude. they think nothing of piping up with their political views to perfect strangers and asking about all sorts of things best left to discretion. As for smiling, it does not make them any more friendly or sincere. The French have it right.