Rediscovering the Bus: Our Favorite Way to Get Around Paris

When I first arrived in Paris, I tried to avoid the Parisian métro as much as I possibly could. The horror stories I had heard about people getting their valuables stolen, the stations smelling worse than most bathrooms and the crazy amount of people all fighting for a spot during rush hour made me keep my distance at first. 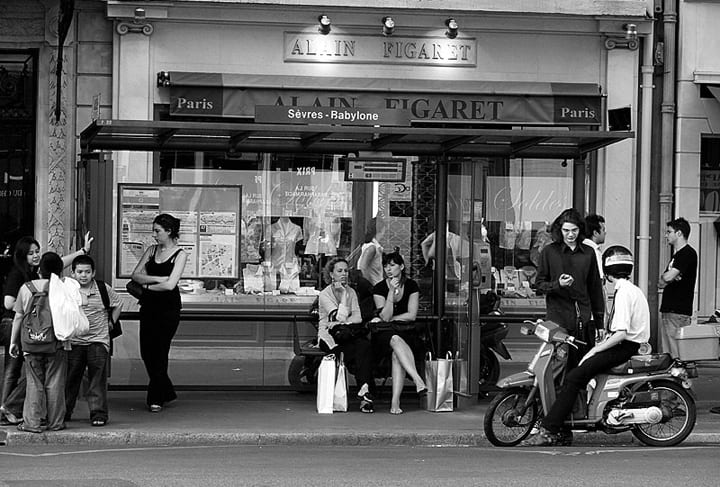 Even though I now know that the métro isn’t all that bad, I’m kind of glad for my initial repugnance, because it pushed me to look to alternative ways to get around the city. And that’s how my love affair with Parisian buses began. 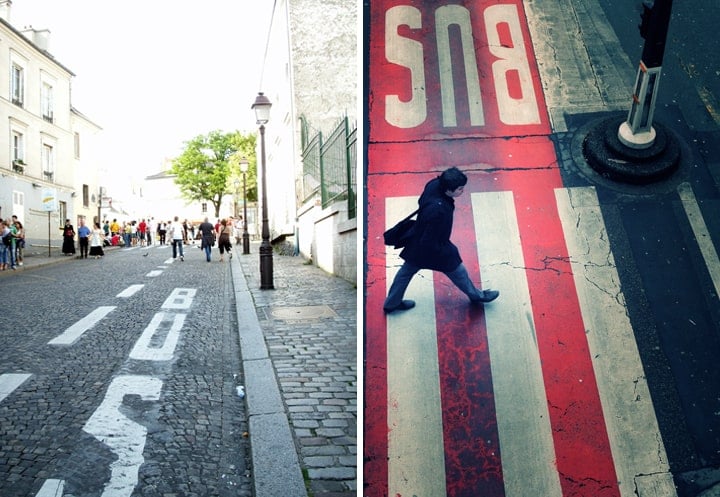 Sure, there are a few negative aspects to taking the bus: you can never really be certain the bus will actually show up on time (yes, I realize that this might be more than a tiny flaw for those with appointments to keep); they stop running as soon as the first snowflake hits the ground during the winter; they’re a bit slow; and they can, bien sûr, be canceled (without prior notice) due to Parisian manifestations. 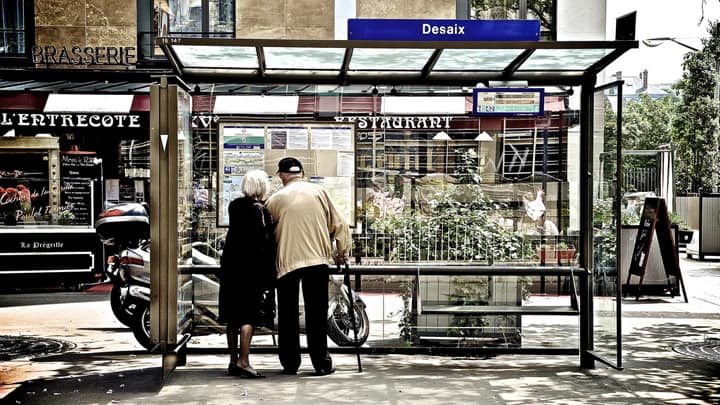 But if you can overlook these minor inconveniences, buses have a lot going for them. First of all, you can actually see the city around you. Secondly, you (usually) don’t have to stand squeezed up against someone else’s bum or the unlucky person having a bad breath moment right in your face. And third, it doesn’t smell like a toilet. 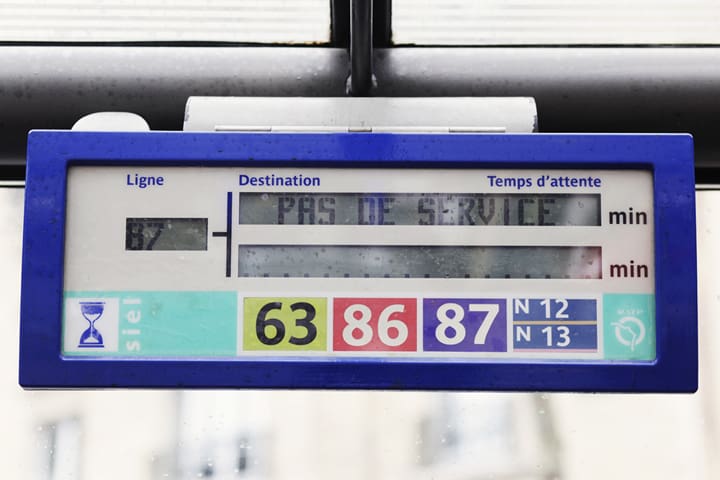 The buses are also a great way to get to know the city! If you want to learn to live without that little map hidden in your bag or if you don’t want to stop and check your smartphone map every other second, the buses can help you get there. It’s also a terrific way to do some undercover sightseeing without having to get the label “tourist” stamped in your forehead. Skip those huge red tourist buses and do it like a local instead. 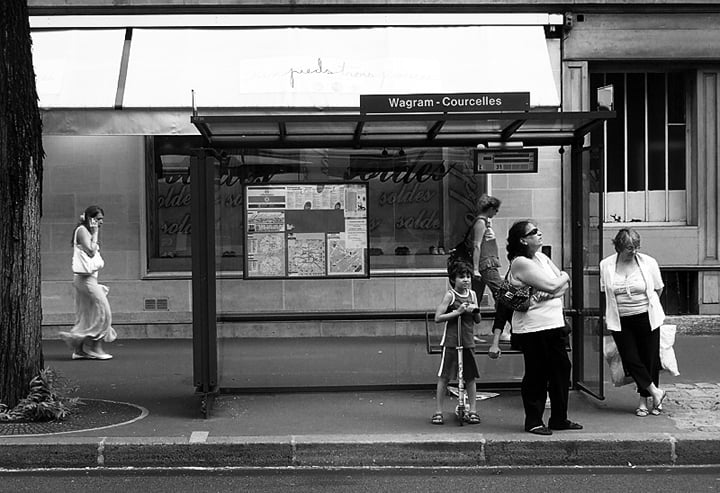 In a city like Paris almost all of the buses pass by different monuments and beautiful spots more than once, and if you have the time, you can truly get some serious sightseeing done on the way to your actual destination. Here are a few of my favorite bus lines if you want to get to know Paris a little bit better while enjoying the scenery along the way: 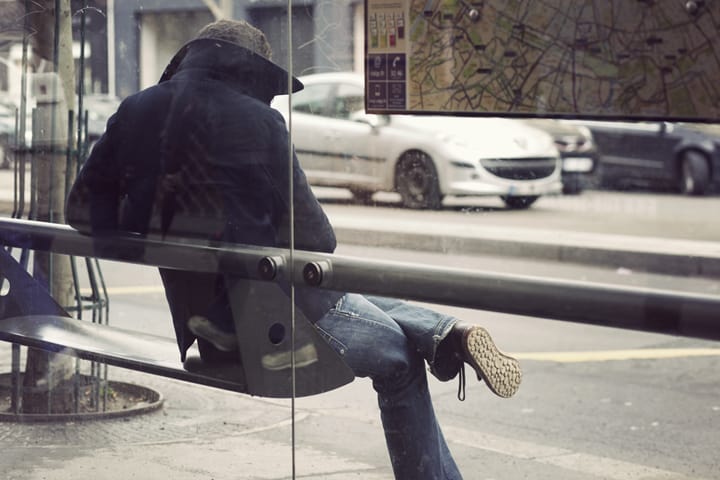 Bus 24
Bus number 24 goes all the way from Gare St-Lazare (in the 8th arrondissement) to École Vétérinaire de Maisons-Alfort (a little bit outside the city centre of Paris). On the way to the Gare St-Lazare you’ll pass the Jardin des Plantes and Notre Dame cathedral; then you’ll continue along the Seine to the Musée d’Orsay, Place de la Concorde, and Place de la Madeleine.

Bus 69
The 69 bus goes from Gambetta (in the 20th arrondiseement) to Champ de Mars (in the 8th) and back. If you take the bus towards the Champ de Mars you’ll see the following things along the ride: Cimetière du Père Lachaise, Bastille, St Paul, Musée d’Orsay, the Invalides and finally the Eiffel Tower and the Champ de Mars. 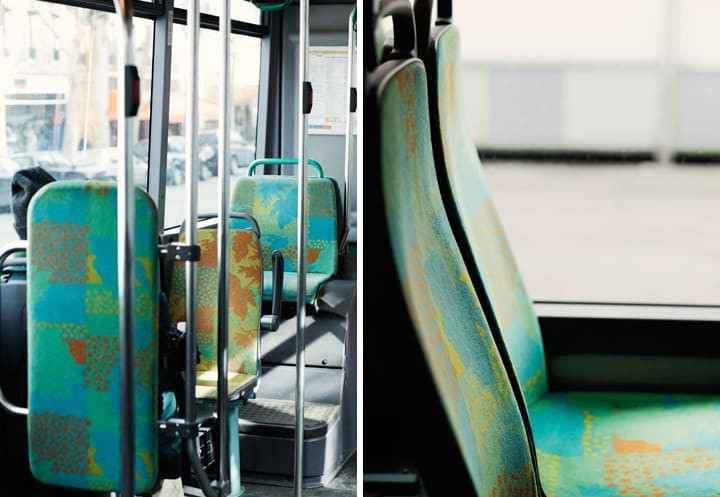 Bus 96
Another useful bus line when it comes to doing some sightseeing is the 96. It goes all the way from Porte des Lilas (in the 19th arrondissement) to Gare Montparnasse (in the 15th). You can hop on at any of these places that you’ll find on your way to Gare Montparnasse: Menilmontant, Le Marais, Hôtel de Ville, Île de la Cité and Place St Sulpice. 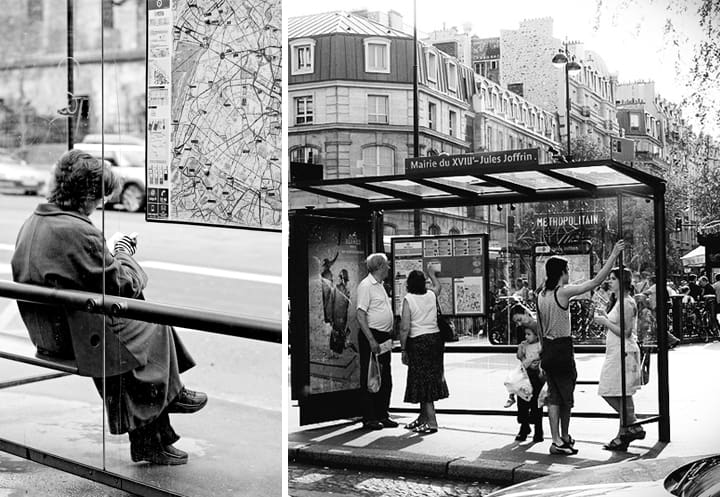 Bus 73
If you’re looking for a serious sightseeing experience, number 73 does it all. On your way from La Garenne-Colombes (a bit outside of Paris) to the Musée d’Orsay (in the 7th arrondissement) you’ll swing by the Arc de Triomphe, drive down the Champs Élysées to the Place de la Concorde, then cross the Seine to the Musée d’Orsay.

I hope you’ll enjoy the Parisian buses as much as I have. Bonne chance! 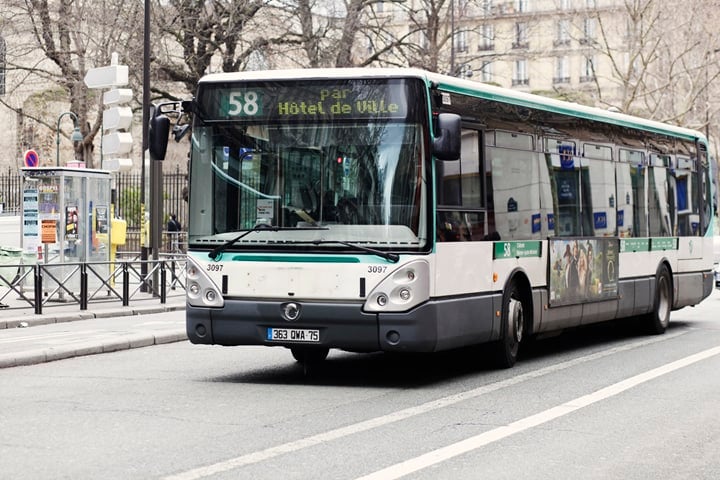 Written by Carin Olsson for the HiP Paris Blog. Looking for a fabulous vacation rental in Paris, London, Provence, or Tuscany? Check out Haven in Paris.

13 comments on “Rediscovering the Bus: Our Favorite Way to Get Around Paris”

Hi!
I wish I’d found this 7 days ago before I arrived in Paris. I was so verklempt by the incomprehensible metro and bus maps that I refused to deal for a day, rented bikes for the second (in December). Finally I remembered that bus/metro websites allow trip planning usually and pre-mapped all my trips (labeling the images using a pic art app) and ordering them in my images by what I wanted to do each day. It took a few hours one evening but helped immensely!

Addition I’d offer anyone (you addressed it) is that many or most busses travel a different route each direction, so use the ratp website to plan for both ways. Also many use same named bus stops when in reality the 43 St Georges – Chateaudun and the other 3 (or more?!) St Georges Chateaudun stops are on wildly different roads within this maze of roads. Also, keep a detailed zoom-able map in your phone because roads change names on a whim and circles with radiating madness happen everywhere. You think your bus is going that way on the same named road (according to the map) and by the time you walk half a mile that way to find the bus stop, you realize the bus when a completely different direction on a differently named road (even though it’s a straight shot…) It’s a charming but sometimes maddening city. Also!! On the ratp directions you save, zoom in tight on the walking sections of your route and get a clear idea where you’re headed to the next bus or site, otherwise you think you’re going west south west but you end up 5 blocks east north east and cannot fathom how.

?I think I’ve finally figured it out.

Thans great info, now its going to try it. I am checking if bus 69 comes to concorde montparnasse. I cant seem n dont know how to find the route.

I love Parisian buses too ! However, I have a couple of tips :

1) Don’t buy your tickets in the bus, it’s more expensive. The best way is to buy them in a metro station (especially the 10 tickets “carnet”)

2) You can use your bus ticket for an hour and a half, provided you use a different line (for instance if you take the 27 and you get off the bus, you have to take another bus, not the 27 again – I hope it was clear !)

So nice to see you on my *other* favourite Paris blog, Carin! (The first one being yours, bien sur.) 😉 J’adore the Paris metro (compared to London it’s never crowded, always on time and super-efficient!) but I think I’ll try the buses next time I’m in town.

Loved the article! I rode the 96 almost every day while living in Paris last year and I met all kinds of interesting people while seeing the sights. Anyone who believes Parisians are rude should ride the bus…I witnessed scores of kindnesses!

Our Bus Book of all the routes has rounded and frayed corners as we take it everywhere. I would also recommend taking the PC1.2.3 around the city. Also, the 82 to the American Hospital for the beauty to the northern suburbs and to know how to get there in an urgency.

We use most the 72, 63 and 22 from our home near Trocadero. It would be good to advise users of the availability to reuse the ticket with 1.5 hours of the original embarkation to save the cost of a second ticket.

Thanks so much Carin for including a link to Parisbreakfast!
I’m a Big fan of Paris buses and Hip Paris!!
Whats not to love
Merci Carolg

We are a big fan of Paris Breakfasts as well Carol!! -Erica

My friend and I stuck with the bus system during our week in Paris and it was a breeze. Of course it helped that the bus stop was directly outside our hotel and its routes were basically where we were going. It’s best taken when not in a hurry. Not only do you get to see the sights, but it feels like you’re living like a local. By the end of the trip, I pretty much recommended riding the bus when going around Paris when asked, but it’s packed during rush hour!

Carin; I love this post so full of handy tips.
I personally (and I choose this for all my guests too – in summer and winter!) prefer to take the 1h trip by boat! You get on at Pont Neuf and enjoy the best views from a vantage point. The boat passes under the romantic bridges, you look up at the Eiffel Tower and see the gold and glitter of the best things this city has to offer. After the croisière you’re still fit enough to walk for another hour or so, before stranding in one of the street cafés where you can check on the many photos you took during the tour!
Thank you for your tips; I DO take the metro, it’s fast, reliable and if you get the wrong direction, you just continue to the next multi-change station before you turn to the other side for the good direction. Been there, done that – survived and had fun! And, if you do trips more than once, buy a bunch of 10 tickets, it’s cheaper… 🙂

Carin this would have to be one of the best articles written on Paris I have ever read! Wish I had read this before my last trip to Paris. Of course the Metro is not that bad as you say and even though its very touristy I loved the simplicity of the car rouges for a first timer in Paris this was excellent, however we also took the bus for some of our sight seeing and I loved the fact that ordinary people were around us- we were smiled at and given seats when the bus was full as we had children with us. Love being able to see the city around me on a bus and even just hop off because you see something you like. xx Corrina.