In the Kitchen: Chef Haan Palcu-Chang of Le Mary Celeste 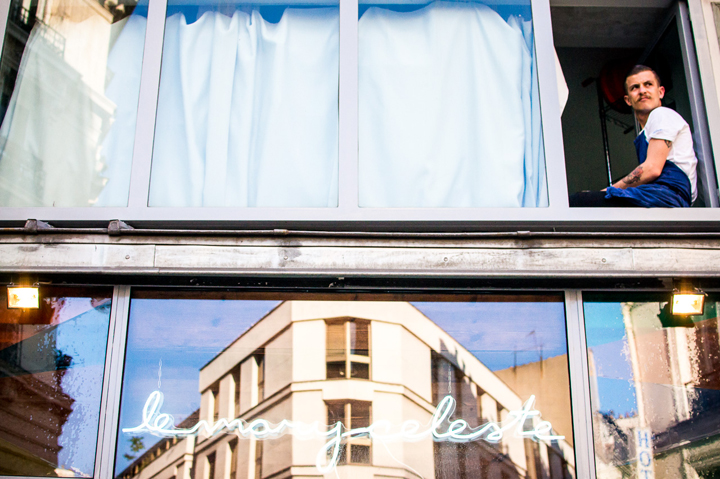 “My food is 100% driven on being delicious.” That’s Chef Haan Palcu-Chang’s philosophy on cooking, and it’s clear from tasting the menu at Le Mary Celeste that this drive is bringing fresh new flavors to Paris that are hitting the spot for those who are looking for something a little different. 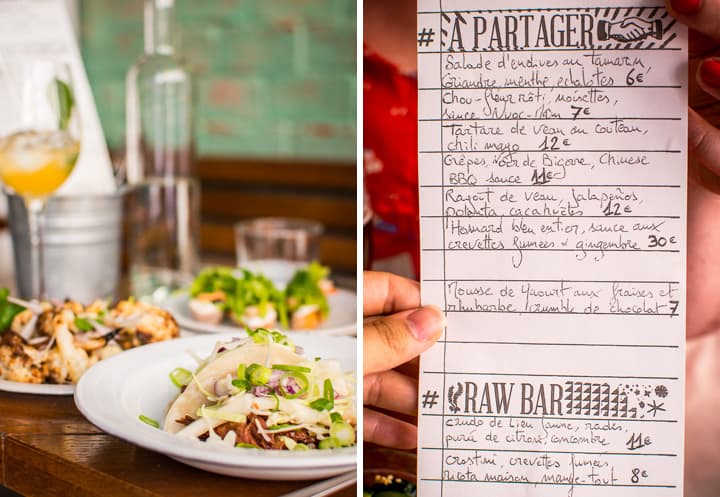 Le Mary Celeste, the nautically-themed bar and restaurant brought to you by the same folks as local taco-and-speakeasy favorite Candelaria and Pigalle gem Glass, sports a solid cocktail and beer menu, as one would expect. 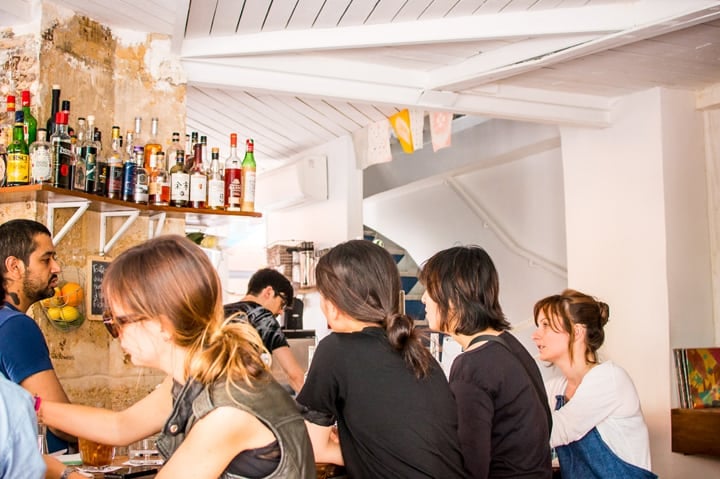 What’s unexpected is the ever-changing menu of small plates coming from the kitchen, all of which have a slight Asian influence, often mixing in with what might be considered very traditional European dishes, such as a tartare de veau that’s dressed in a chili-mayonnaise and scattered with sesame seeds and scallions. 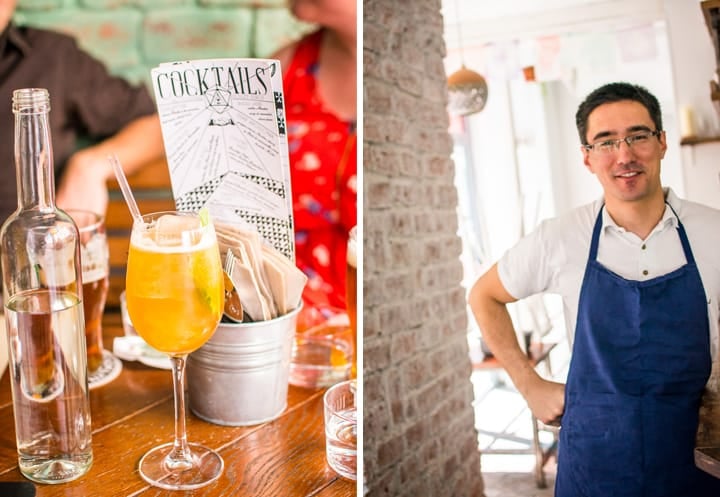 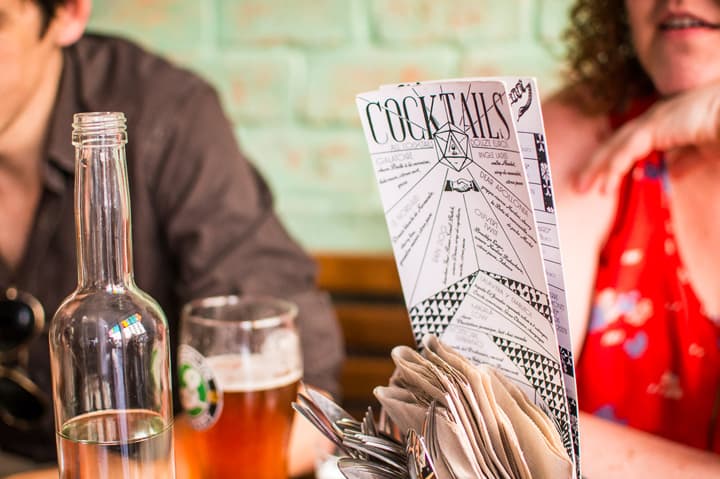 “It’s not that I came here and looked at the space and decided that I was going to do a certain type of food. I’m half Chinese, half Romanian; I grew up in Canada; I cooked in Thai restaurants; I cooked in Europe. So it’s not me going out of my way to be ‘fusion-ey,’ it’s just a natural progression.” 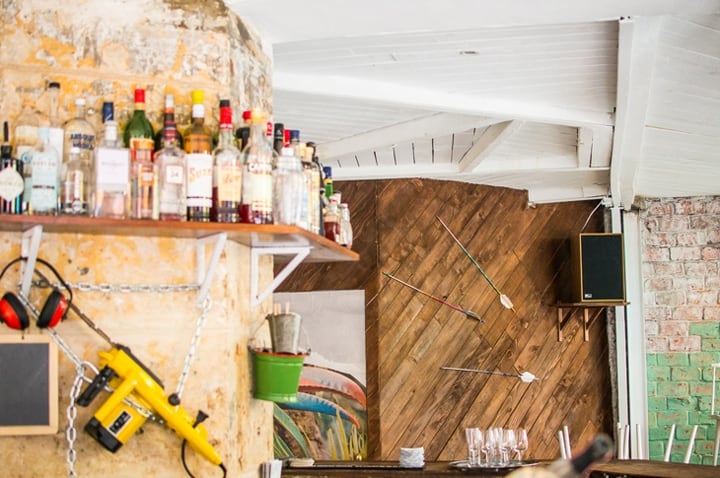 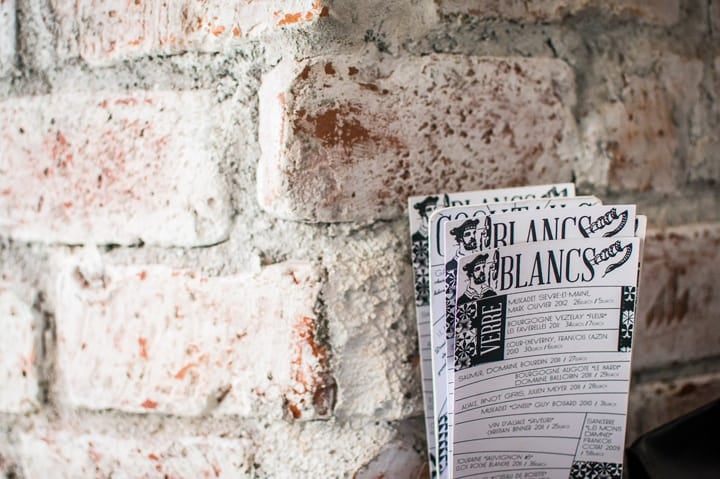 “That said, I do think I season things as an Asian person, even if not everything I’m making has Asian ingredients, so there’s a continuity to the menu. There always has to be a fatty component and a light component, a sweet and a salty, a crunchy and a soft.” Haan’s skill in balancing these factors is evident in dishes like tacos made of Chinese crêpes, filled with sweet-salty-spicy braised pork and scattered with chopped red onion and herbs. 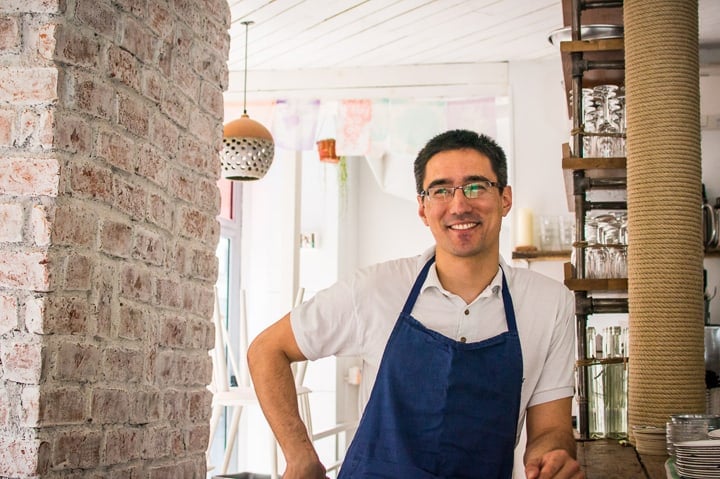 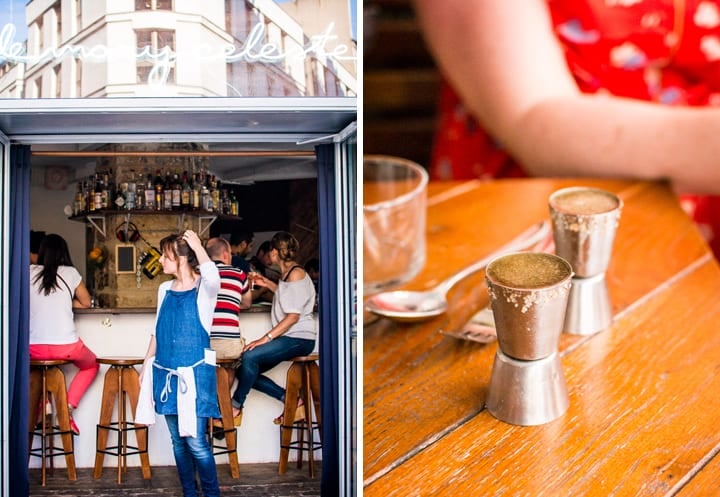 The road to chefdom was not always easy, however. “I had a very hard time working in French kitchens. I don’t see any point in yelling at cooks. I like to be organized, and I like to know the task that I’m supposed to do — I don’t want to generalize, but normally in French kitchens, it’s not like that.” So when the call came from Le Mary Celeste, he created a kitchen that would be nurturing to cooks. 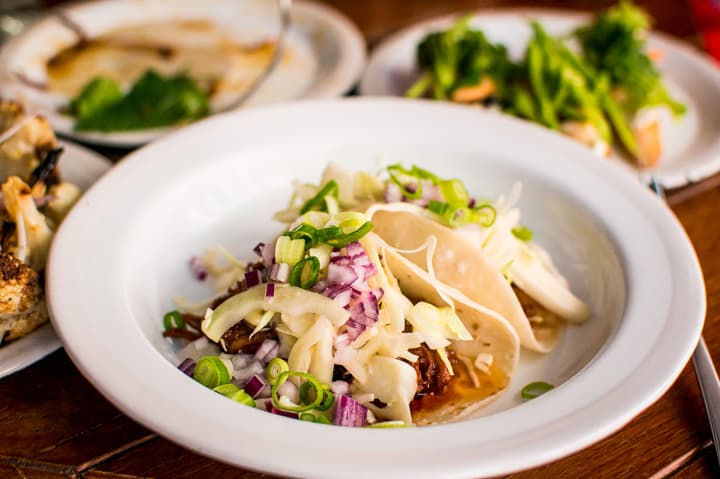 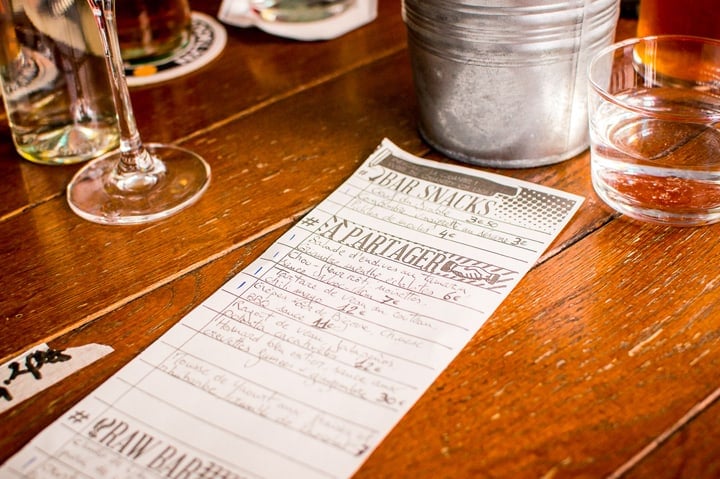 “[The team] has turned out to be more than I could ever ask for. Nothing could be possible without them. It’s like a United Nations kitchen, and we get along very well. It’s a wholesome environment.” So wholesome, in fact, that they all do daily exercise drills together to discourage the often ridiculously unhealthy chef lifestyle. 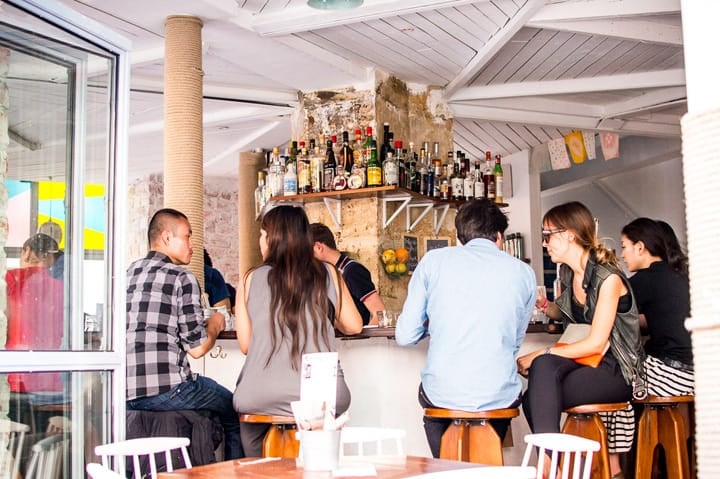 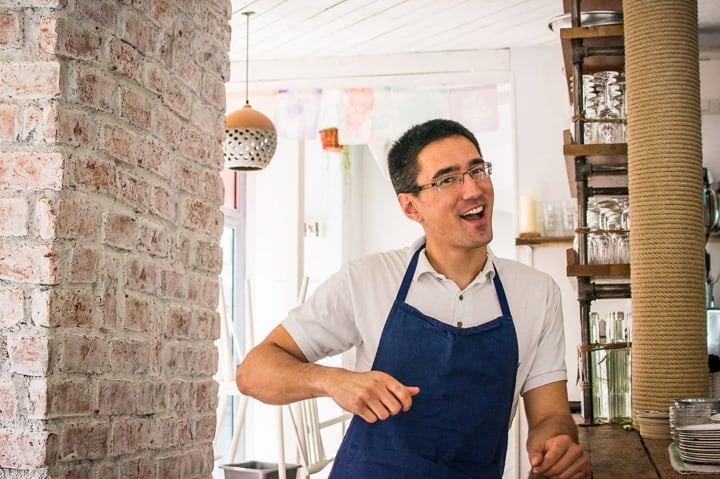 So is there anything that Haan is doing differently here in Paris, compared to other cities in which he’s cooked? “If I was in Toronto, there would be a much higher percentage of things on the menu that are spicy. And not just spicy, but you know, really spicy. Because of my background my palate for spicy food is much higher than French people’s usually are.” But that doesn’t mean he’s shying away from heat entirely. “Almost every day there’s going to be something that’s at least a little bit spicy.” 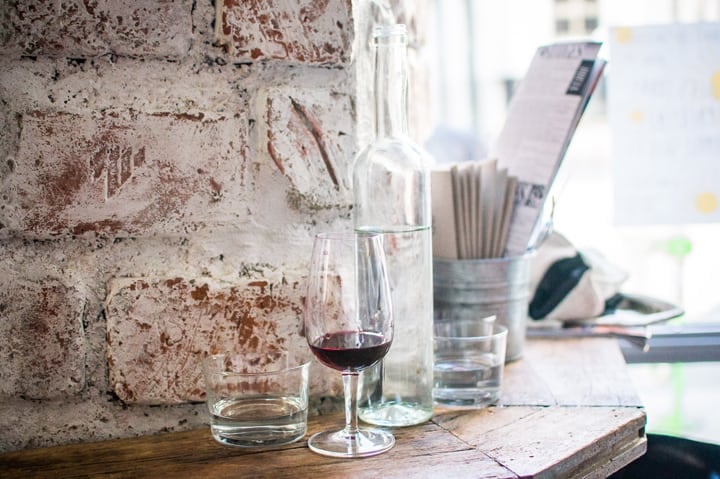 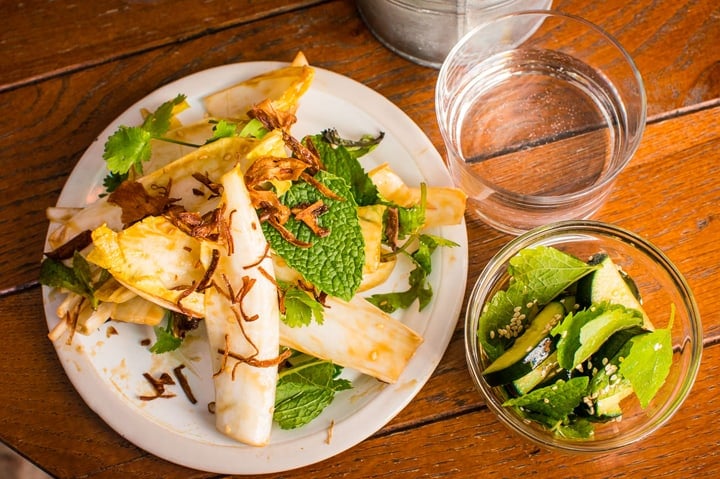 “I just want to make food that people want to eat; food that makes them want to come back to eat, and makes them happy, food that they think about when they go home.” Well he’s certainly doing that. One of the times I visited, there was a roasted cauliflower dish, served cold with herbs, hazelnuts, and a rice vinegar-based dressing. After my friends and I demolished the cauliflower, I greedily picked up the dish and drank the remainder of the dressing that was left on the plate, and I still crave that dish to this day. 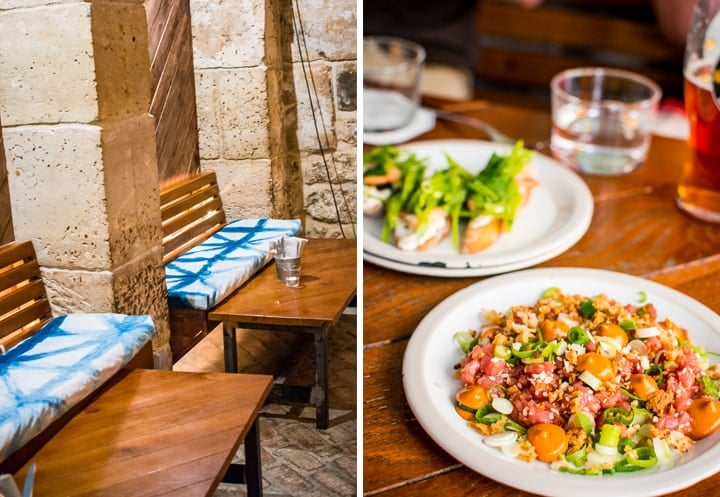 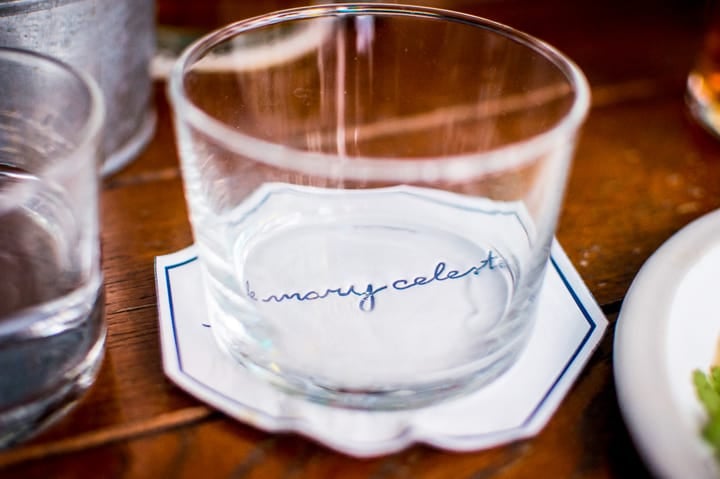 Written by Diane Yoon for the HiP Paris Blog. All photos by Diane Yoon. Looking for a fabulous vacation rental in Paris, London, Provence, or Tuscany? Check out Haven in Paris.

4 comments on “In the Kitchen: Chef Haan Palcu-Chang of Le Mary Celeste”

Amazing article! I’ve been wanting so long to go and somehow I haven’t made it happen… this article is really pushing me to go soon 🙂
The photos are stunning!
xx
Ylenia