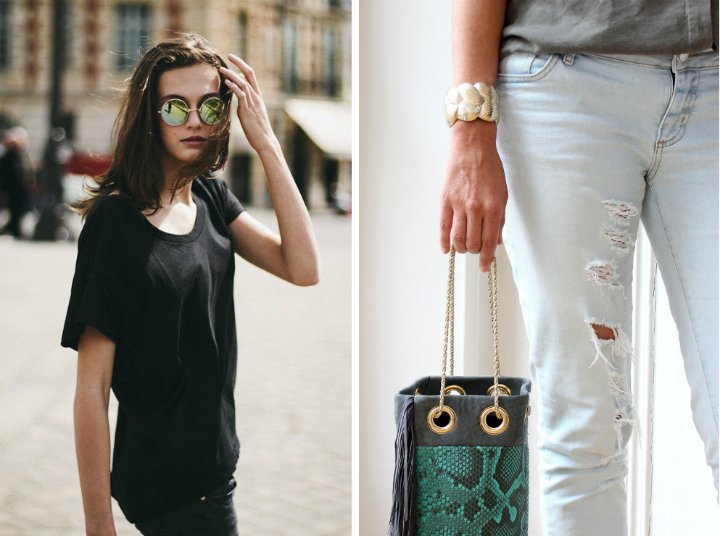 No matter how much I try to avoid it, I occasionally succumb to speaking in clichés regarding my fellow female Parisian citizens. 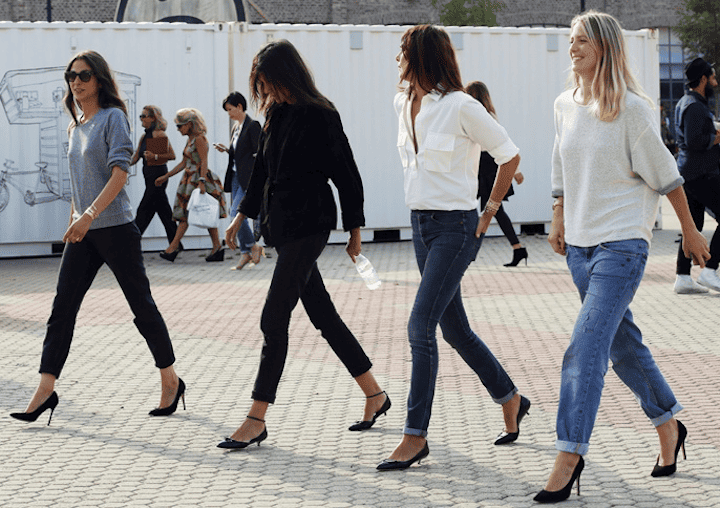 Cast your mind back to the street-style images that litter the web in the wake of Paris fashion week. Team New York is always perfectly groomed, with matching bags of note hanging from each perfectly manicured hand. Team London is similarly attired, with a tiny added dose of eccentricity. Team Italy is adorned with prints and huge sunglasses. And then we have team Paris. Led from the front in a pointed stiletto by Emmanuelle Alt and her Vogue brunettes, their approach is uniquely “cool.” 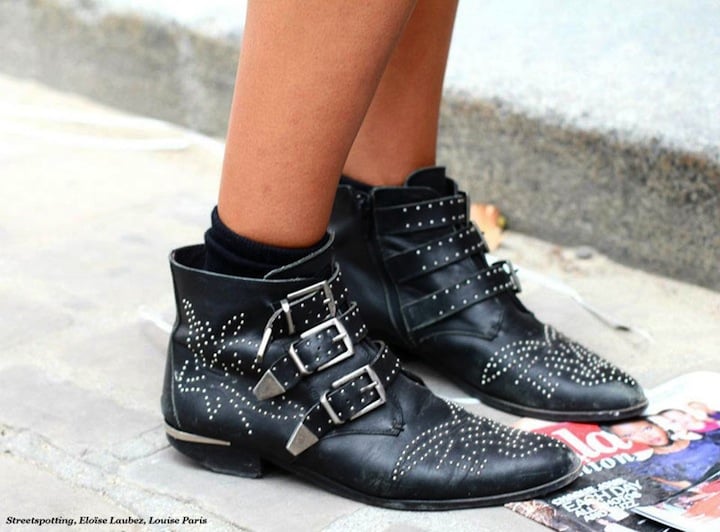 Much ink has been dedicated to determining exactly how they come up with their particular brand of right-bank chic. You can read articles on how they tuck their shirts in (or out), which brand of jeans they favour and which hairdresser they frequent in order to get their perfectly undone ‘do’. But little attention has been paid to their accessories. 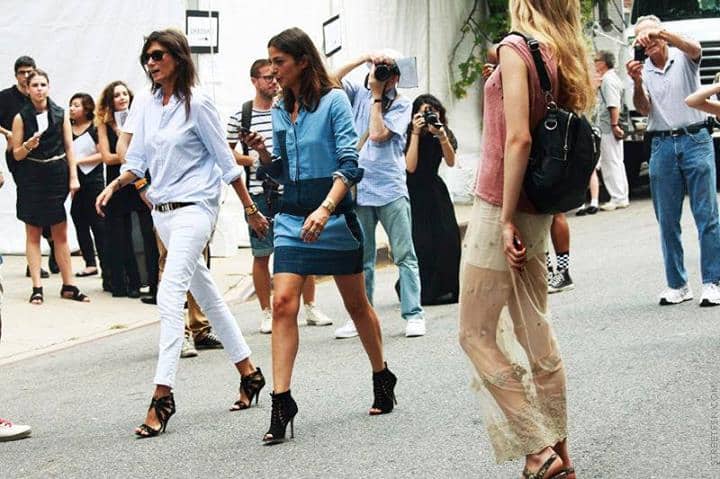 I decide to delve deeper into the great accessories debate in the company of Elsa, founder of the Paris-based online store Les Trouvailles d’Elsa. I mention that in my study of Emmanuelle, Geraldine and co., I have noted that accessories are often discrete but always perfectly chosen. This would be no coincidence, she assures me. The true Parisian selects her accessories first and thinks about her (frequently monotone) clothes second. She knows that her accessories are what will set her apart. And she wears them well. 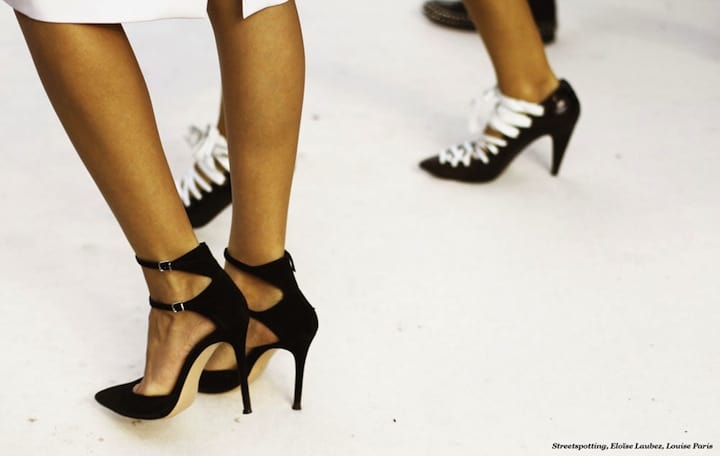 As the sun becomes a more permanent feature, I note that accessories take on an increasingly important role in the Parisian wardrobe. I should add at this point that I share my office with the lovely Elsa, which allows me to judge in real time what we should be wearing now. 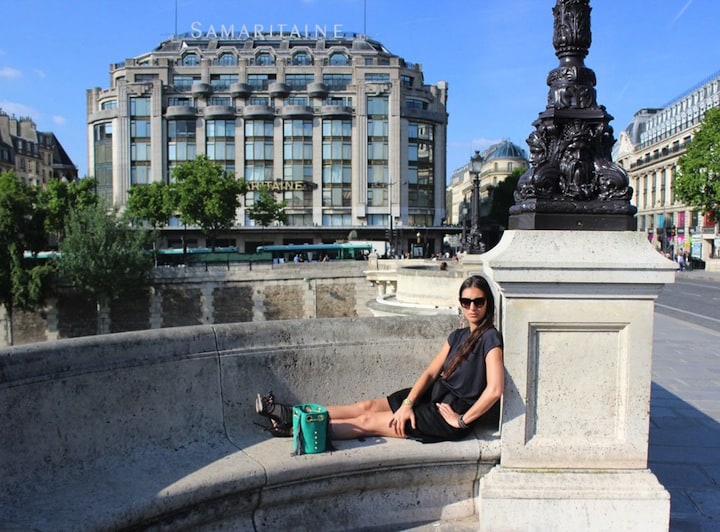 Turquoise and gold feature high on this summer’s trend-list. I spy fine gold rings to be worn on each finger of the right hand including one below the knuckle; (Stephanie Jewels or La luna are go-to brands), a braided cuff by Initiales PP and a unique, hand-crafted bag by Parisian designer Delphine Delafon. 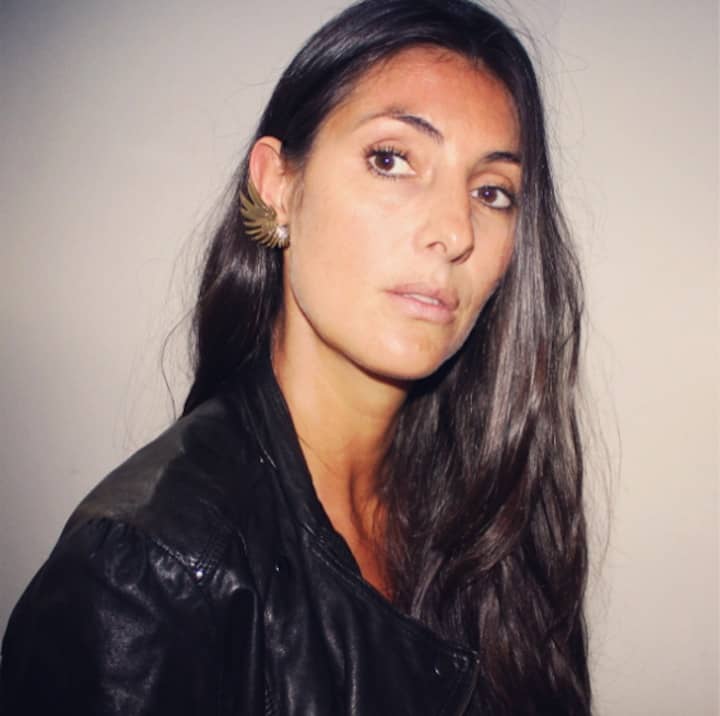 Wearing only one earring is also a trend she particularly favors. (I reflect that I occasionally succumb to this trend but normally by accident…). Paris based Aime is Elsa’s earring designer of choice. The cuff too makes frequent appearances on the tanned Parisian arm. A simple white leather version from Richard Latour  is the perfect partner to a black t-shirt. Or you could opt for the black and gold suede and gold version  from (my personal favourite designer) Alexandra Margnat. 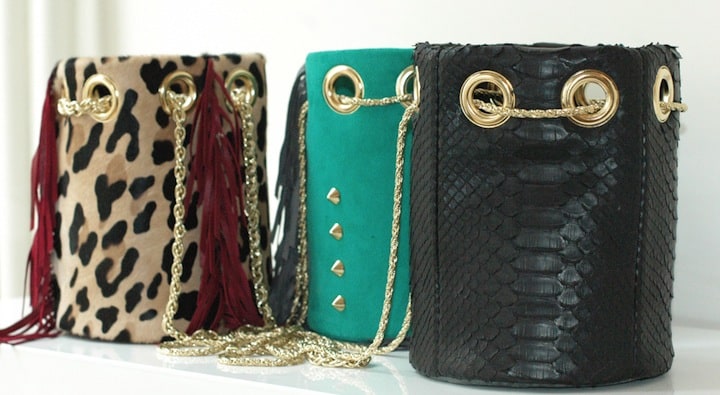 Another accessories doyenne I admire is Eloïse Laubez, founder of the beautiful second-hand fashion site LOUISE Paris. Something of a street style photographer in her spare hours, I notice how frequently she zooms in on detail. Her pictures are visual proof of the Parisienne’s predilection for black, for studs and, come rain or shine, for the faithful biker jacket or “le perfecto” as it is known in Paris. 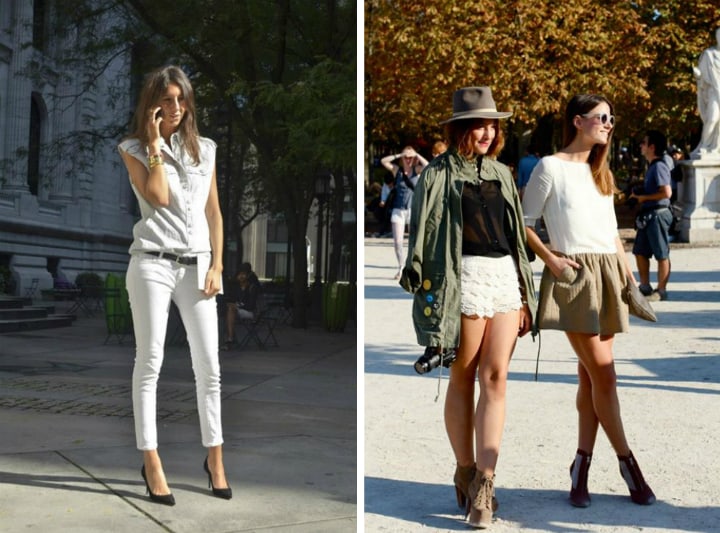 In conclusion, I leave you with a perfectly worded comment I recently read on Emmanuelle Alt’s official instagram account that sums up just how I feel about French girls and their accessories: “Wow you’re cool.”

Written by Kate Davis for the HiP Paris Blog. Looking for a fabulous vacation rental in Paris, London, Provence, or Tuscany? Check out Haven in Paris.