Online Dating in Paris: Finding Mr. French Might Be Easier Than You Thought! 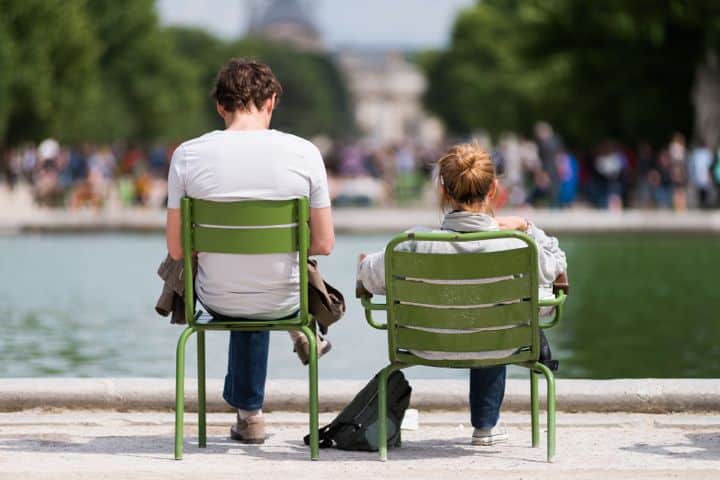 After 20 years of happily ever after, my husband awoke one morning in our Paris apartment a changed man, a man in a midlife crisis. Family? Non, merci! He wanted to work endless hours, have a wife without children, hang with 30-year olds. We already had two kids and I was the other side of 40. In six weeks I went from that lady at dinner parties with an adoring husband whispering, “You are the most beautiful woman in the room” to single mom-dom. 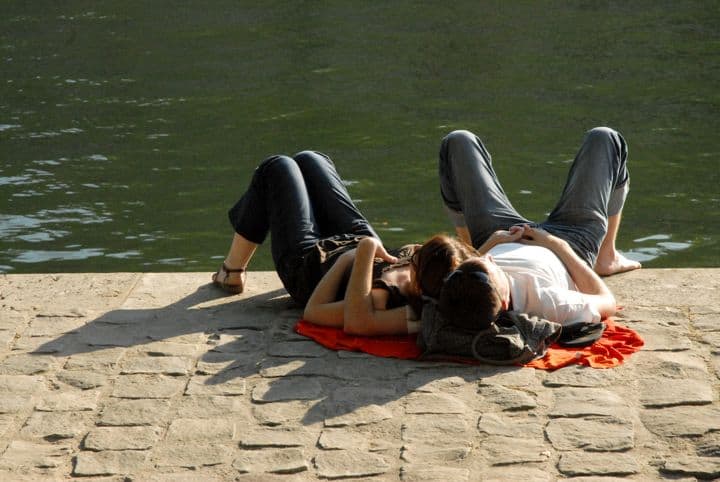 Which is how I found myself dating online in Paris. My friends in the US had warned me that online dating is a nightmare. Men want young girls, or mothers to help them with their kids, or just a one-night stand. One-night stands sounded pretty good to me; after two decades of marriage, I suspected it would do me good to play the field. So I checked out my online options. 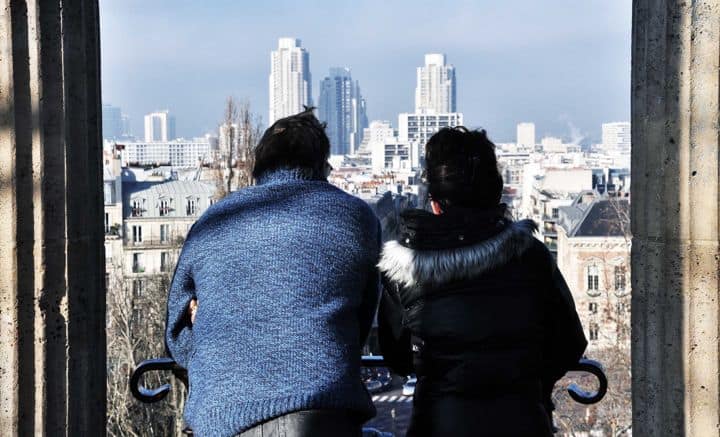 In Paris, there are several popular sites. AttractiveWorld sounded attractive. A site for only good-looking people, at least I’d be able to look at the guy, but I was raw and afraid of rejection. Family suggested JDate. There is a French version, but I wasn’t looking for a father for future children and didn’t want to limit myself. Adopte a Mec (Adopt a Dude in English) sounded great: young, fun, and with a great sense of humor. I checked it out and decided, however, it was perhaps a bit too young for me. Gleeden, a site for married women looking for extra curricular activities, was not the right slipper for this Cinderella either. Which left me with Meetic, the most popular site in France. 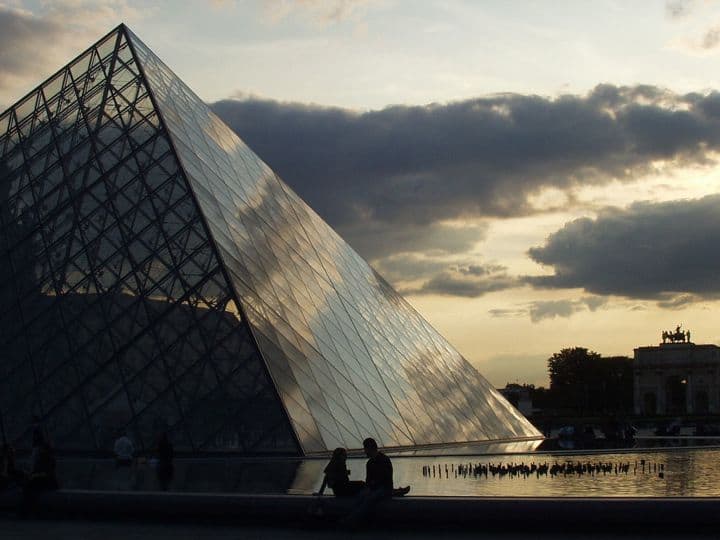 Now that I had my site, it was time for a few rules, especially safety rules. So I invented a few to make me feel like I was taking care of myself.

1. I wouldn’t mention where I lived. Even after the first date, they didn’t need my address.

2. No first date until I had called them on their home number. This could be a problem if they’re totally mobile, but I liked the idea of ringing and making sure there wasn’t a madame to answer.

3. The first meeting was always in a café that I knew well, but far from my home, while it was still light outside.

4. I used a photo taken just for the site. It is possible to use images in a Google search, making it possible for predators to know much more about you than you’d like.

Very optimistic, n’est-ce pas? I had rules for dating before I had a date! Profile uploaded, I was ready to wait, but actually didn’t have wait long. It turns out Anglo-Saxon ladies are a much-sought-after exotic on the Parisian dating scene. Frenchmen like our smiles and upfront ways. And the whole age thing is very different here. I had 28 year olds begging for some chat time. Their logic is that divorcées with a home and children won’t be putting pressure on them for a home and children. The relationship can start out being just about fun and sex. Finally, I learned that no one ever uses a real, recent photo of themselves. I did, and I think it explains why just about every man I met asked for a second date. 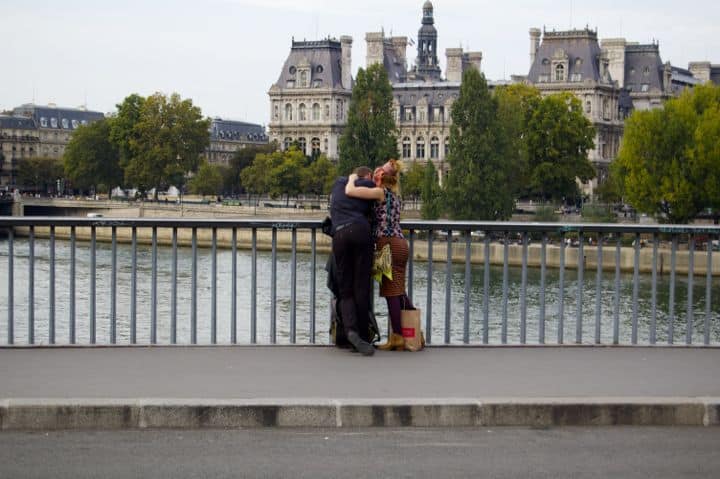 Which brings us to the dating. The first weekend that my girls were off with their Dad, I decided it was time to meet some of the men I’d been chatting with. I organized a few coffee dates, nine to be exact; one for the morning, one for the afternoon, and one for the early evening on Friday, Saturday, and Sunday. I met a scientist from the Pasteur Institute who was absolutely fascinating, but stoned out of his gourd and five years younger than he had claimed. I met a congressman who had been a doctor before joining politics and still couldn’t figure out how his last girlfriend had gotten pregnant, making him the 55-year old dad of an infant. 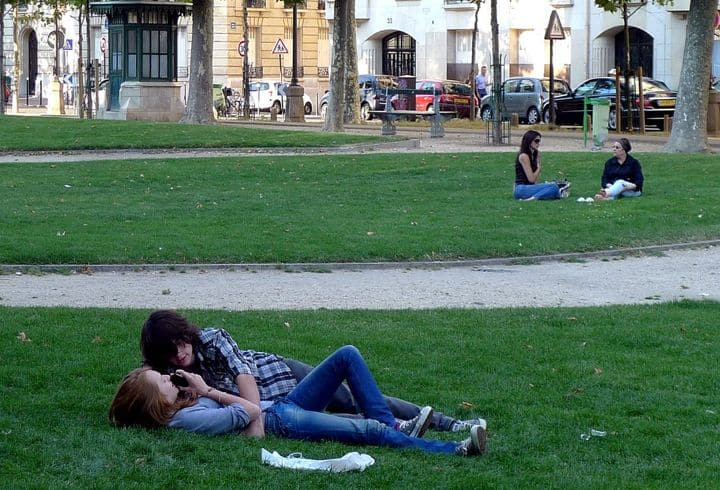 I didn’t meet the American expat from Neuilly who called saying he’d be there an hour early, asking if I minded joining him so we’d have more time together… And oh, by the way, he’d brought along his 7-year old daughter and 5-year old son. I met a fun British guy who became a friend. There was an Eastern European Mafioso who showed up in a huge, black Mercedes, his biceps larger than my thighs, followed by a communist who hated anyone with money and was horrified by my Burberry trench. I also received a call asking that we change our meeting place from a café to a room at the Holiday Inn, Place de la République. Then, Sunday morning, at the Café des Editieurs near Odeon, I met my Mr. French and my online dating days were over. 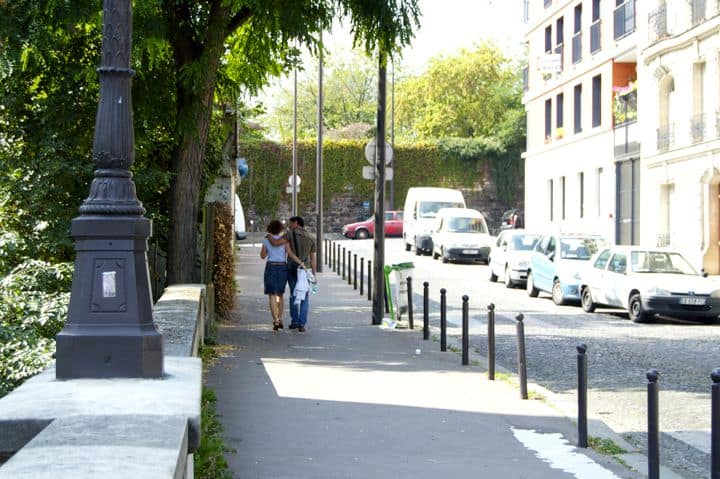 I know many expat women living in Paris who have met their match online. And I know even more who have used it as a way to meet people before coming on holidays. Perhaps they’ve heard that the locals say the best way to learn French is from the pillow!

10 comments on “Online Dating in Paris: Finding Mr. French Might Be Easier Than You Thought!”

French men are very close to their money, one can say even greedy sometimes

Hello Sylvia, thank you for sharing your wonderful life experience and I find it truly is a fantastic inspiration and guidance to someone like me who is insanely in love with Paris and french men. I am from Toronto and have been travelling to Paris a couple of times, absolutely loved it. I have been thinking non-stop to move to Paris now. I jointed Meetic, as you mentioned above, and it’s funny I have similar experience as yours, within the day I’ve got numerous messages. It’s a huge encouragement for me but at the same time I don’t know what to do. I’d love to hear your opinions and suggestions; how do i go about moving from Canada to France, I don’t even know where to start? By the way, you seem to have a wonderful job there in Paris. I am very much into fashion articles garments industries myself, I am currently working in retail, clothes.. And it would be a great honor for me to know you in Paris if I succeed in moving there. I have enclosed my email address. I hope you don’t mind and find my comments too much and I understand if you do not have the time to reply. Just wanted to say i’m grateful for your post, it’s very helpful and how happy I am for you!

This is great! I love how you schedules so many dates for a weekend. You were on a mission! Good for you!

What a great story, thank you for sharing. I wish you all the best (and hope that your husband regretted his decision ever since!).
Ana
http://www.champagnegirlsabouttown.co.uk

Merci Naomi.
It has been a great adventure!
All my best, Sylvia

A most enjoyable read! I wish you the very best for your new relationship. And well done for being brave enough to get back out there….

I never get tired of this story! I’ve told it to many of my friends!