Eating Locally with My Paris Market Cookbook: A Chat with Author Emily Dilling 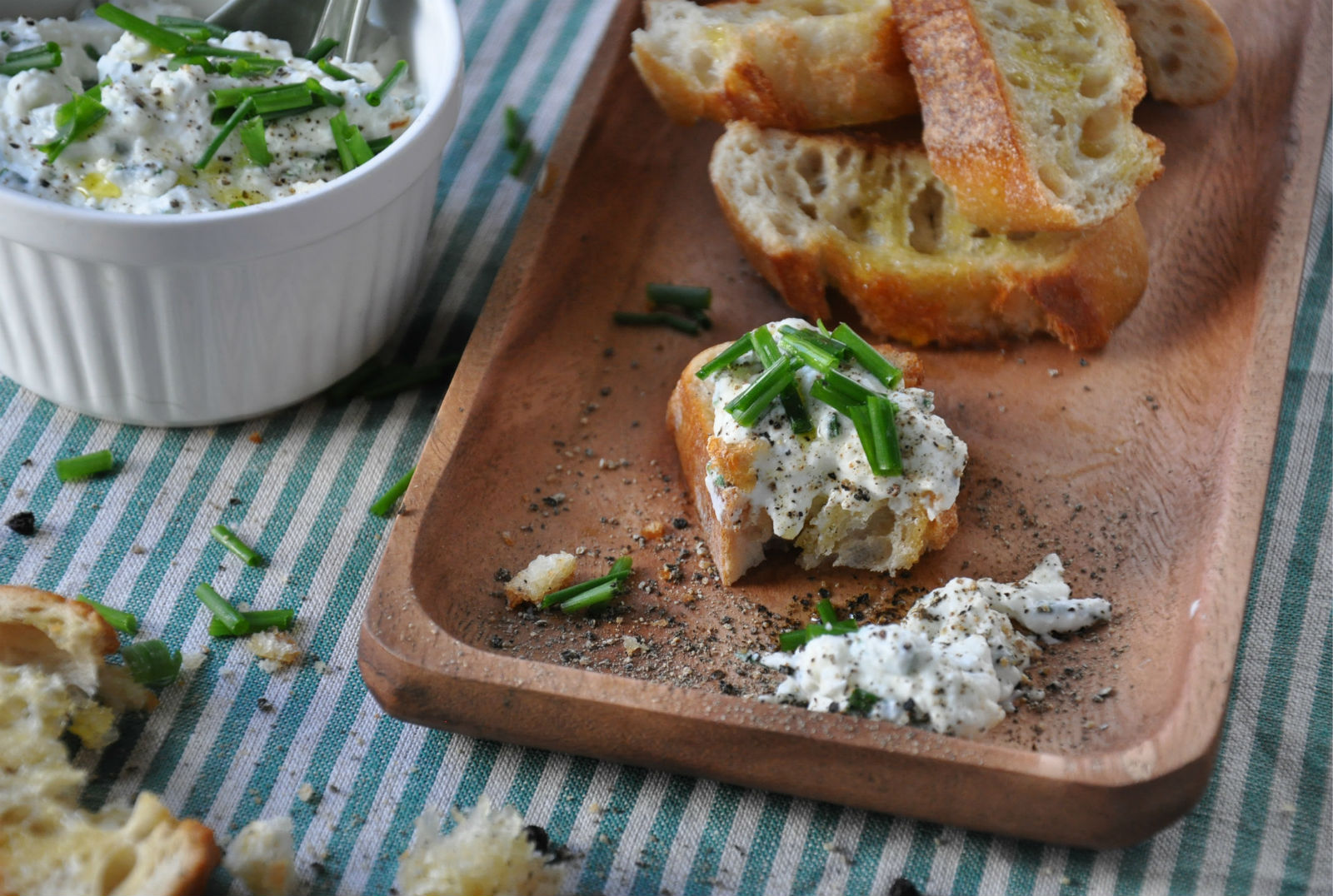 When Emily Dilling moved to France in 2005, she immediately started looking for ways to become involved in the French food movement. She was startled to discover that there was not as much out there as she had hoped. She was disturbed to see that the things France is known for, like eating in season and from the land, were becoming further and further displaced. There were fewer local producers at markets and good, quality bistrot food was seemingly becoming obsolete. To chronicle her discoveries of local produce, wine, cheese, coffee (to name a few), she launched a blog called Paris Paysanne. Emily wanted to prove that it was possible to live a local and sustainable lifestyle in an urban environment. 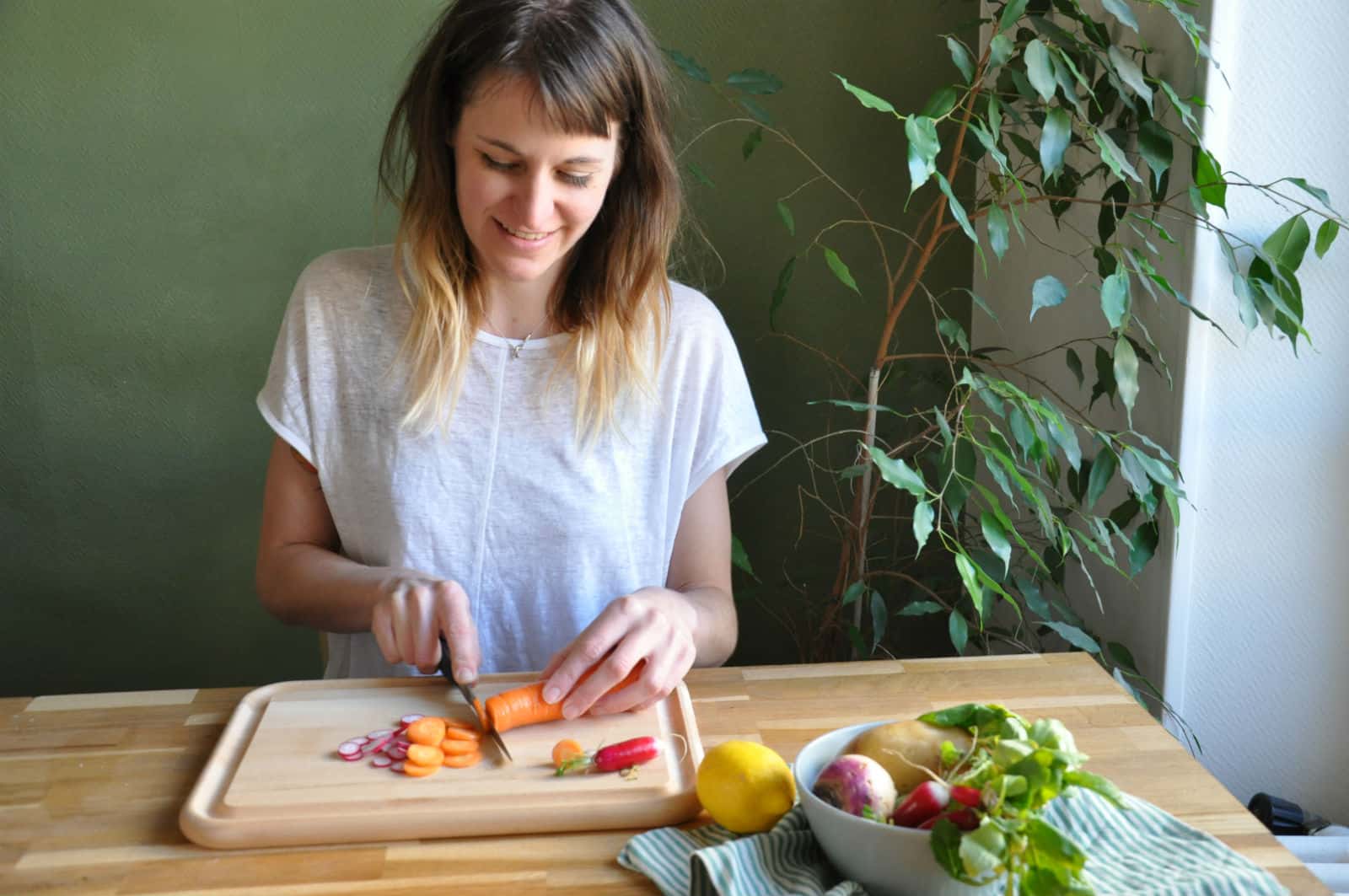 As her blog grew, she developed an extensive little black book of local Paris secrets; Emily’s Paris is certainly not the city one would read about in traditional guidebooks. Now five years after launching her blog, she is releasing her first book, My Paris Market Cookbook: A culinary tour of French flavors and seasonal recipes. A cookbook with 60 recipes, My Paris Market Cookbook also serves as a great foodie guidebook, with over 100 addresses curated for the traveling locavore.

While Emily writes about all aspects and angles of the Paris local food scene, it all begins and ends with the markets of Paris. As she writes in her introduction, “For me, even the simplest neighborhood market is a crossroads of culture, community, and customs.”

It only seemed appropriate that we would meet at the Marché bio de Batignolles (open Saturdays, 8:30am-1:30pm, Métro: Rome) to talk more about the book, her favorite markets, vendors, food in Paris, and of course the autumn produce that was starting to appear on market stands. 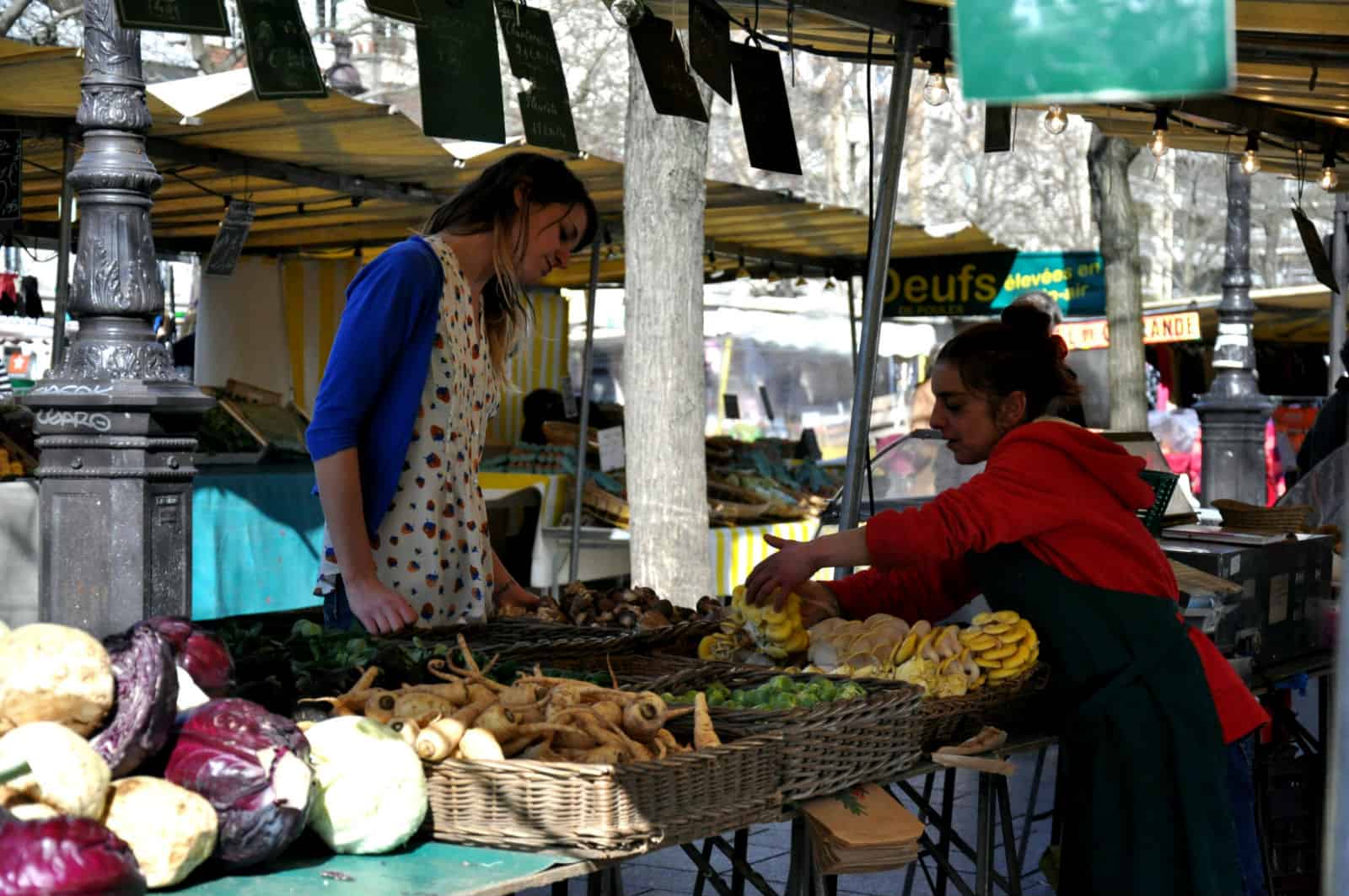 A market ritual for Emily, no matter where she is, is strolling up and down the rows of vendors simply looking at their offerings. “I like to see what new fruits and veggies have arrived and which ones are no longer with us,” she said, greeting hello to the vendor at one of her favorite local stands, Au Val Coutant, asking for a few bunches of green swiss chard.

“By far my favorite recipe from the book is the Swiss Chard Gratin,” Emily told me, referencing one of the autumn recipes. “It is such a simple and basic recipe. It’s warming and wholesome, but there is some technique involved with the béchamel sauce. After that it is just a matter of waiting for the gratin to turn golden and bringing it to the table!” My mouth was already watering and it was only 9am.

While there is not a natural wine distributor at the Marché de Batignolles, natural wine is a big part of the book (and a movement that is gaining traction in the US). Different from organic wine, where only the grapes have to be grown organically, a natural wine pertains to what chemicals are (or are not) put into the bottle during the fermentation process. 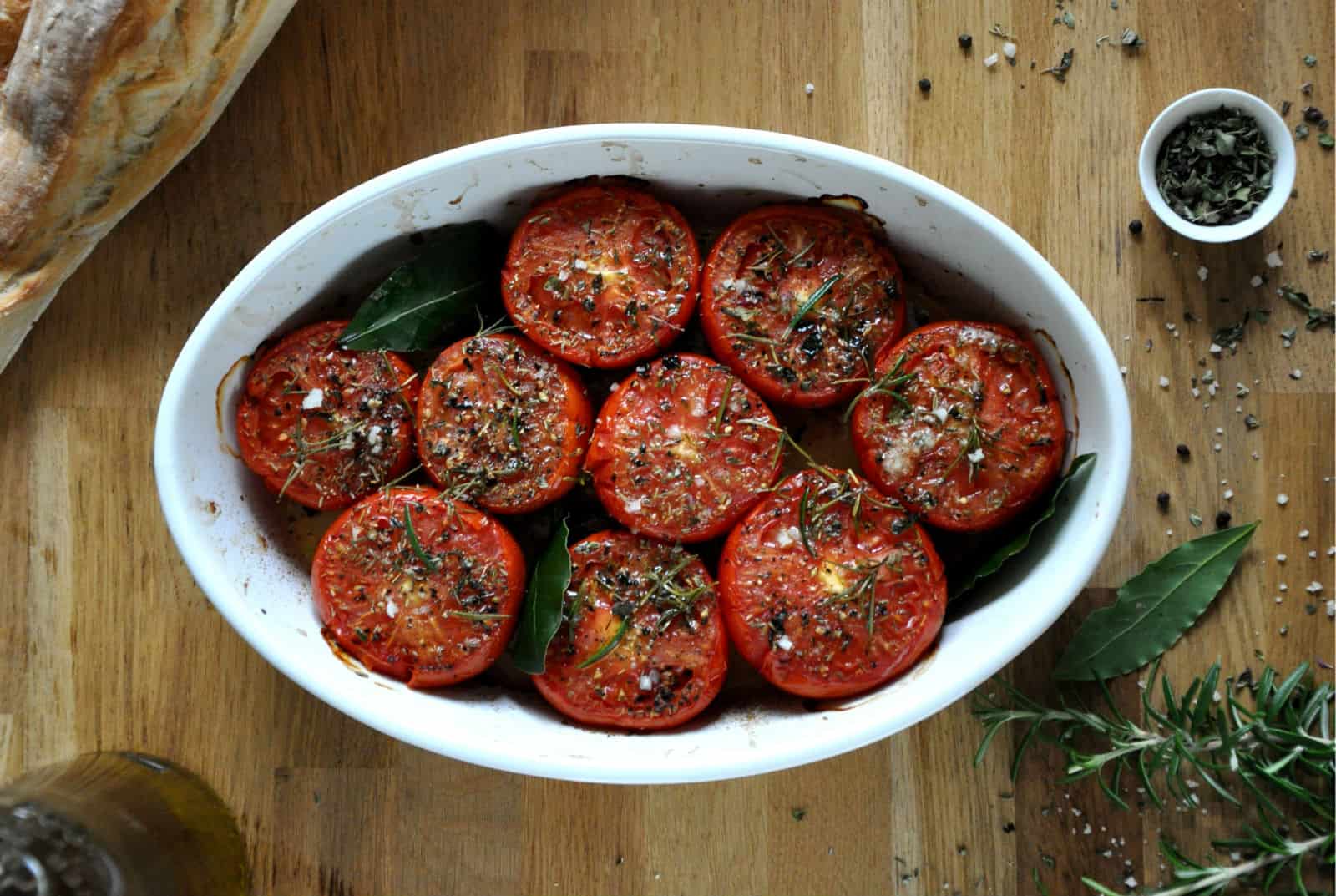 Emily explained more to me, “I think it’s so interesting to look at the different paths wine in France and the US takes to arrive at being made naturally. In France it’s all about going back to the tradition of winemaking without adding chemicals or scientifically manipulating the wine. In the US, we don’t have that same history of winemaking, and the first wave of winemakers were mostly educated at agricultural schools, putting an emphasis on controlling crops to get the biggest yield instead of accompanying nature to get the best vegetables, or fruits in this case.”

Many of the vendors at the Marché des Batignolles also set up shop at the Marché bio Raspail, but a few sell only at the latter. We spoke about our favorites at each but Emily reminded me of Valérie Debiais, who brings her home-baked goods and delicious English muffins to the Raspail market each Sunday. “Her stand is a great place to stop and warm up with a coffee or a chocolat chaud on a chilly market morning.”

We continued walking, surveying the stands, excited to see the return of wild mushrooms, freshly foraged until the end of the year. The recipes in Emily’s book are traditionally French but not fussy, encouraging the use of real ingredients. The mushrooms we saw would be perfect for the autumn Garlicky Mushroom Sauté recipe. 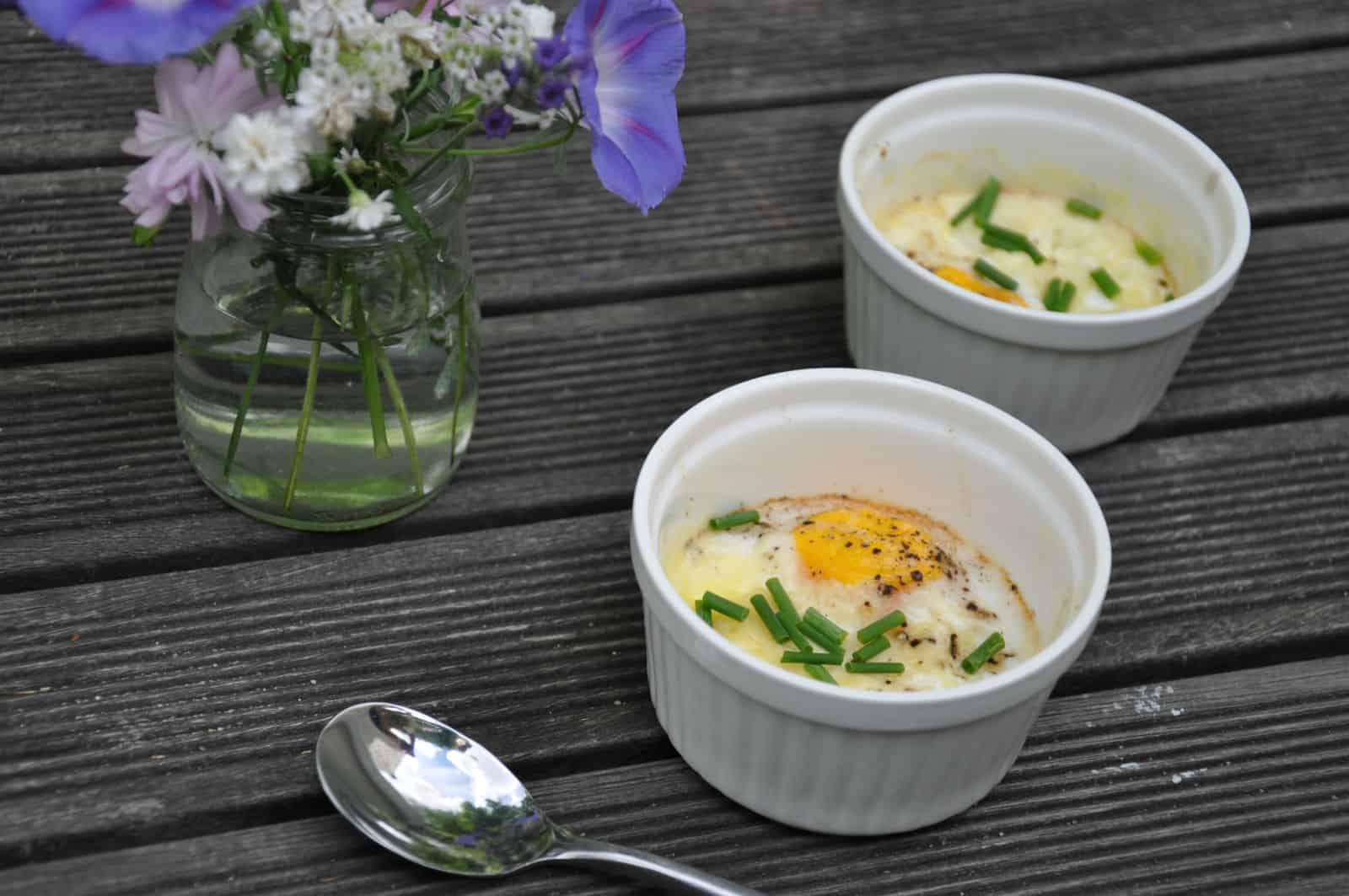 Near the middle of the market, a jolly man selling apples and cider started singing to us. A true flâneur, he sang song after song celebrating his apples and the autumn harvest. Could the market experience be any better than this? “I love the Marché des Batignolles,” Emily shared, “but the Marché des Enfants Rouges is my favorite covered market. It is less of a shopping market and more of a dining space, with great hot lunch options and a fun ambience where you can enjoy food inspired by global cuisine.”

For visitors who want to venture a little further outside the central part of the city, Emily also recommends Marché Cours de Vincennes, which has countless knowledgeable farmers and vendors as well as unique varieties of vegetables.

For your next trip to Paris, be sure to take My Paris Market Cookbook with you. With delicious French recipes and addresses for where to purchase the ingredients to cook them, the book is the perfect framework for a new way to experience Paris food culture. And there is a chance you might even see Emily, because as she told me, “The beauty of Paris is that you’re never far from a market!” 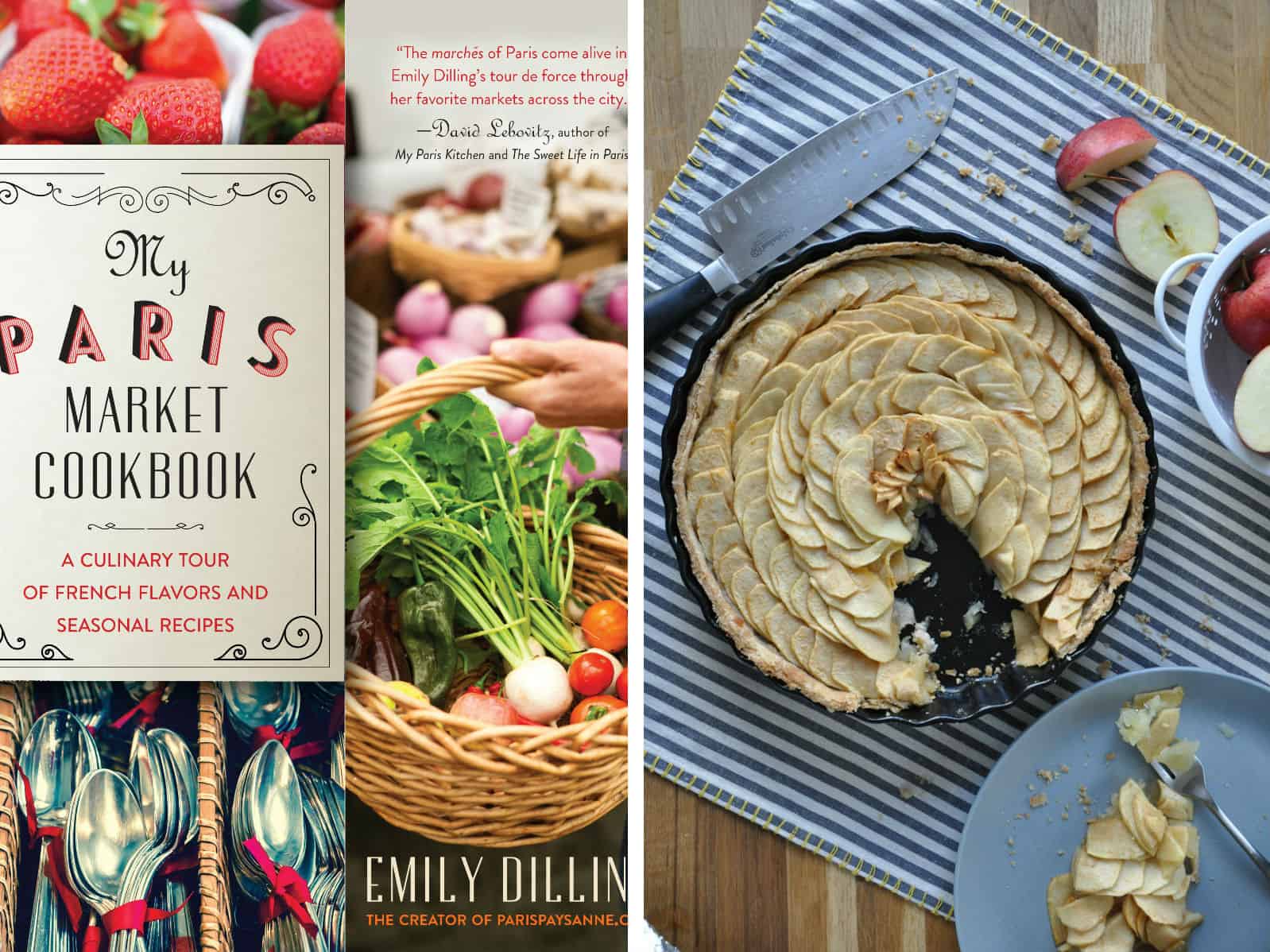 My Paris Market Cookbook: A culinary tour of French flavors and seasonal recipes, released on September 14 (US) and September 17 (France) is available at bookstores and on Amazon.com.

Written by Kristen Beddard for the HiP Paris Blog. Photos from My Paris Market Cookbook. Looking for a fabulous vacation rental in Paris, London, Provence, or Tuscany? Check out Haven in Paris.