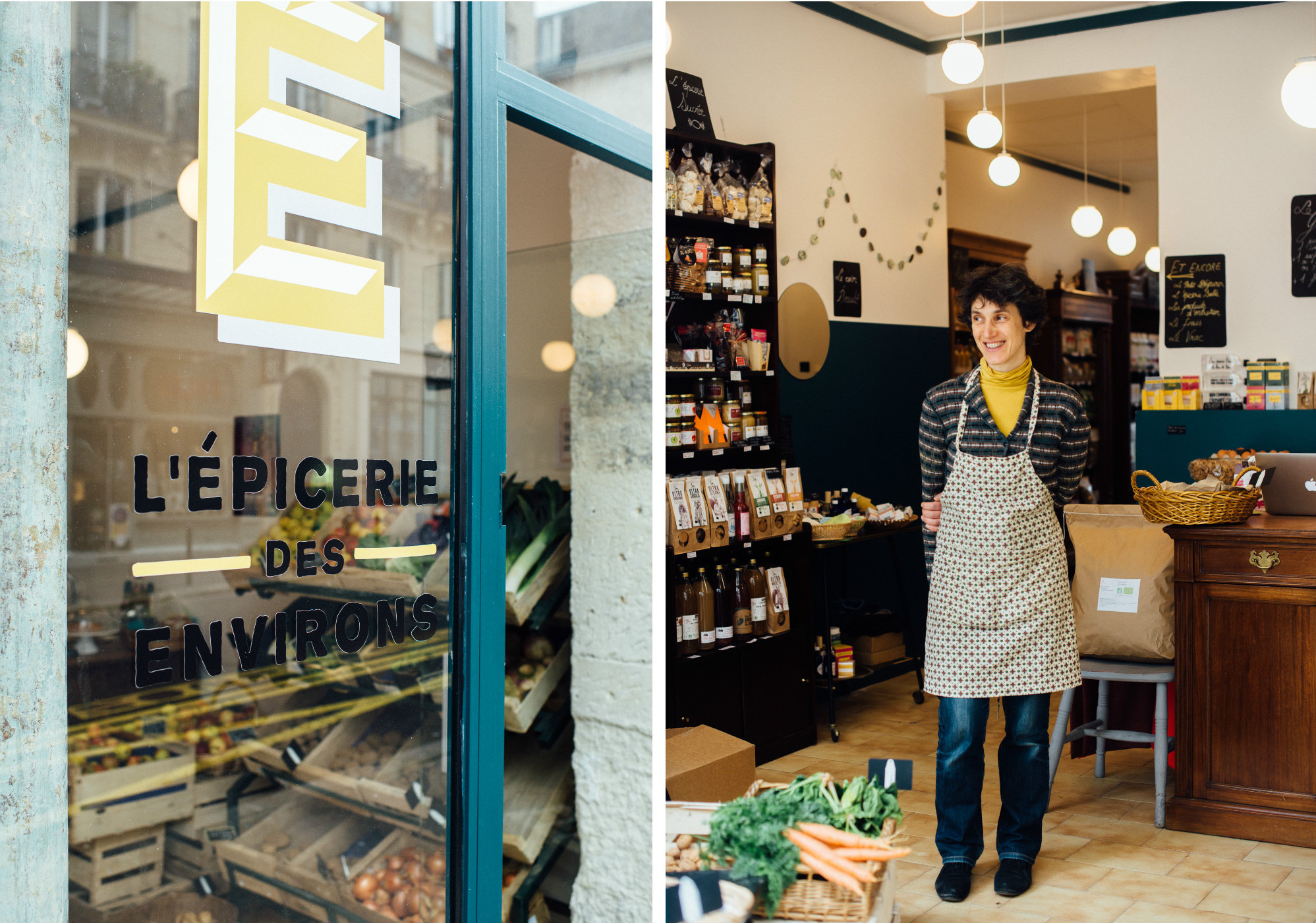 At L’Épicerie des Environs, you’ll find a local – or nearly local – version of just about everything you need to make a delicious dinner (and even clean up after): fruit and vegetables, rice from Camargue, pickles from Burgundy, fruity sorbet from Essonne, and even dish soap made in neighboring Vallée de Chevreuse. 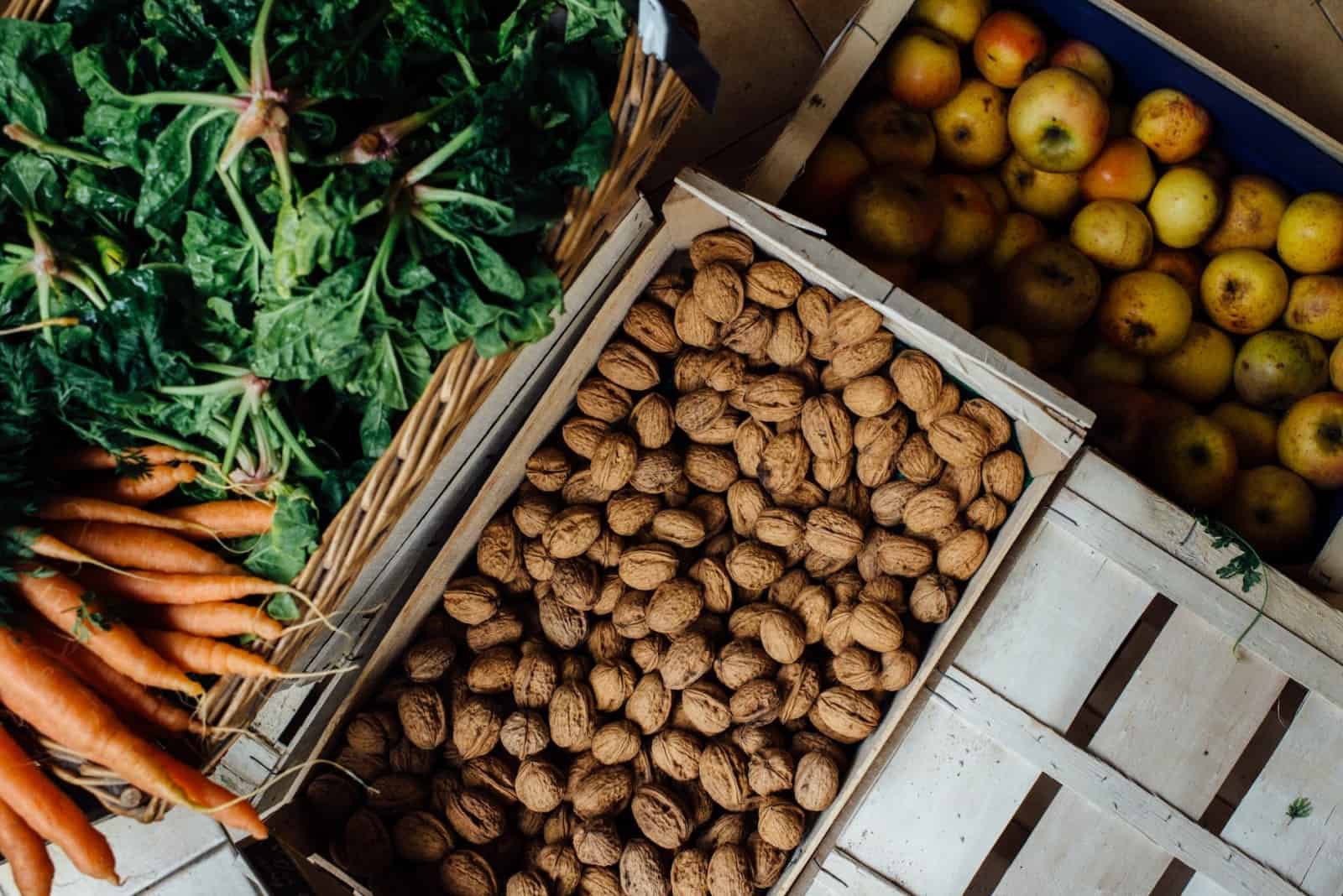 The épicerie, or general store, opened four months ago. It’s quite at home in this corner of the 18th arrondissement, where a handful of other independent food stores and neighborhood restaurants are livening a neighborhood that had lost its flair. While corner shops still exist in every arrondissement, today most of them resemble late-night superettes. Owner Sandrine Cheikh’s idea was to create the kind of épicerie that used to exist in Paris, a place to stock up on all the basics. “I didn’t want to limit it to an épicerie fine, either,” she explains. “That’s why there’s a corner, for example, for beauty products and cleaning supplies.” 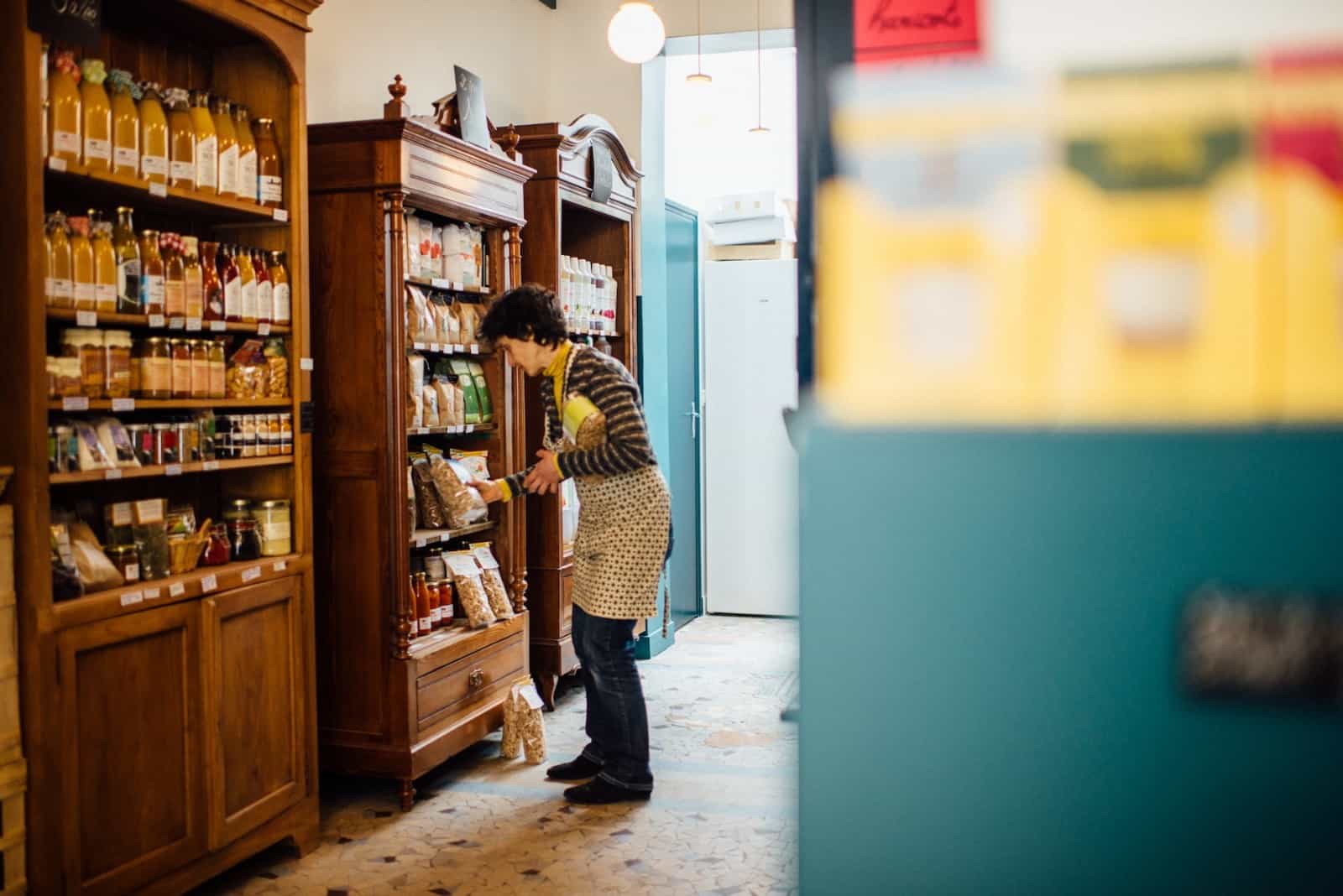 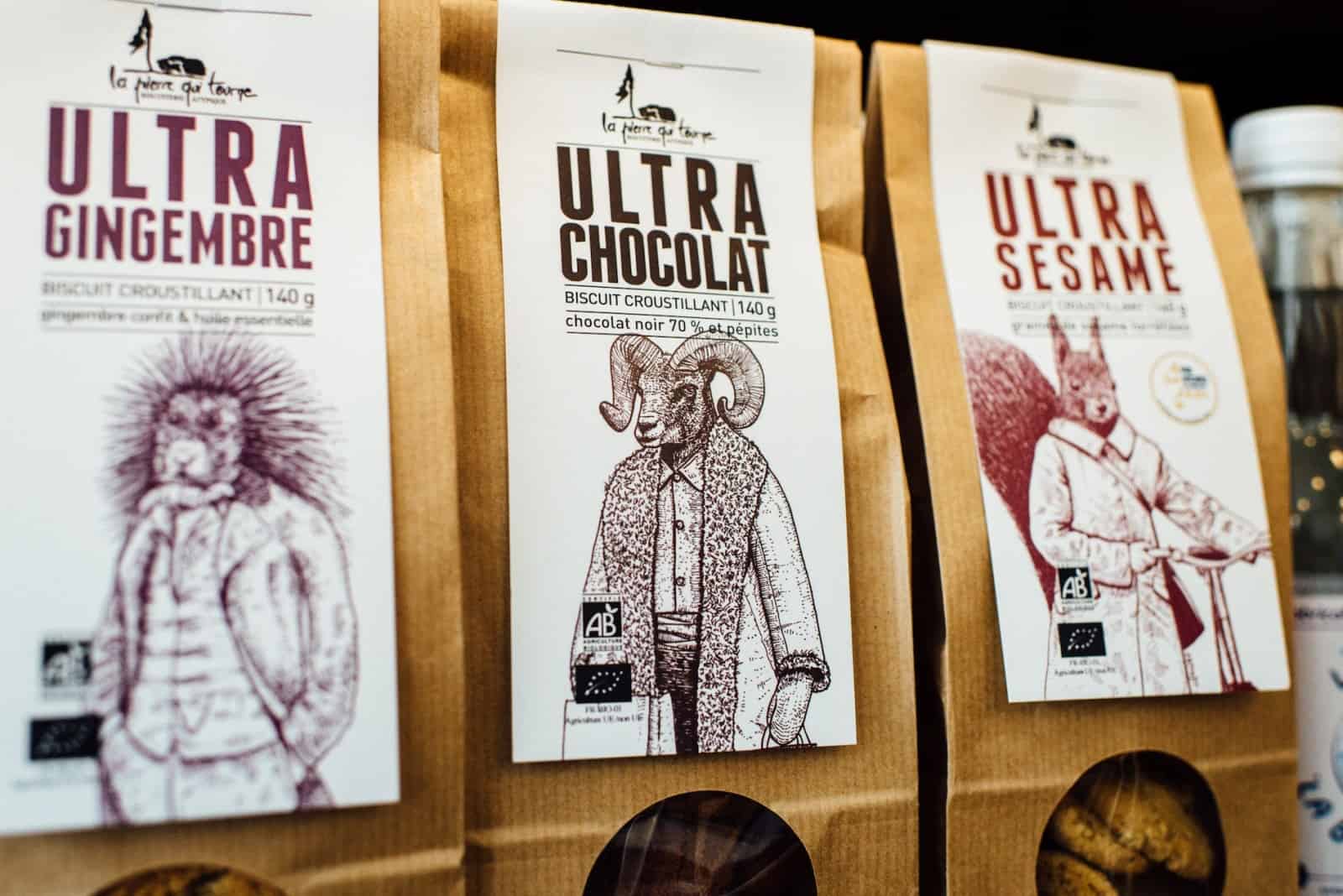 Cheikh started the store after leaving a career as an occupational therapist. “At the time, that was my way of defending certain values I hold about being part of society. Opening the store is another way to do that, but in a completely different field,” she explains. The idea to start a general store dawned on her progressively. “I was often disappointed to find beans from China or lentils from Canada when shopping in organic stores,” she says. While Cheikh is not dogmatic, all of the products she stocks are French and many are sourced within 250 kilometers of Paris. 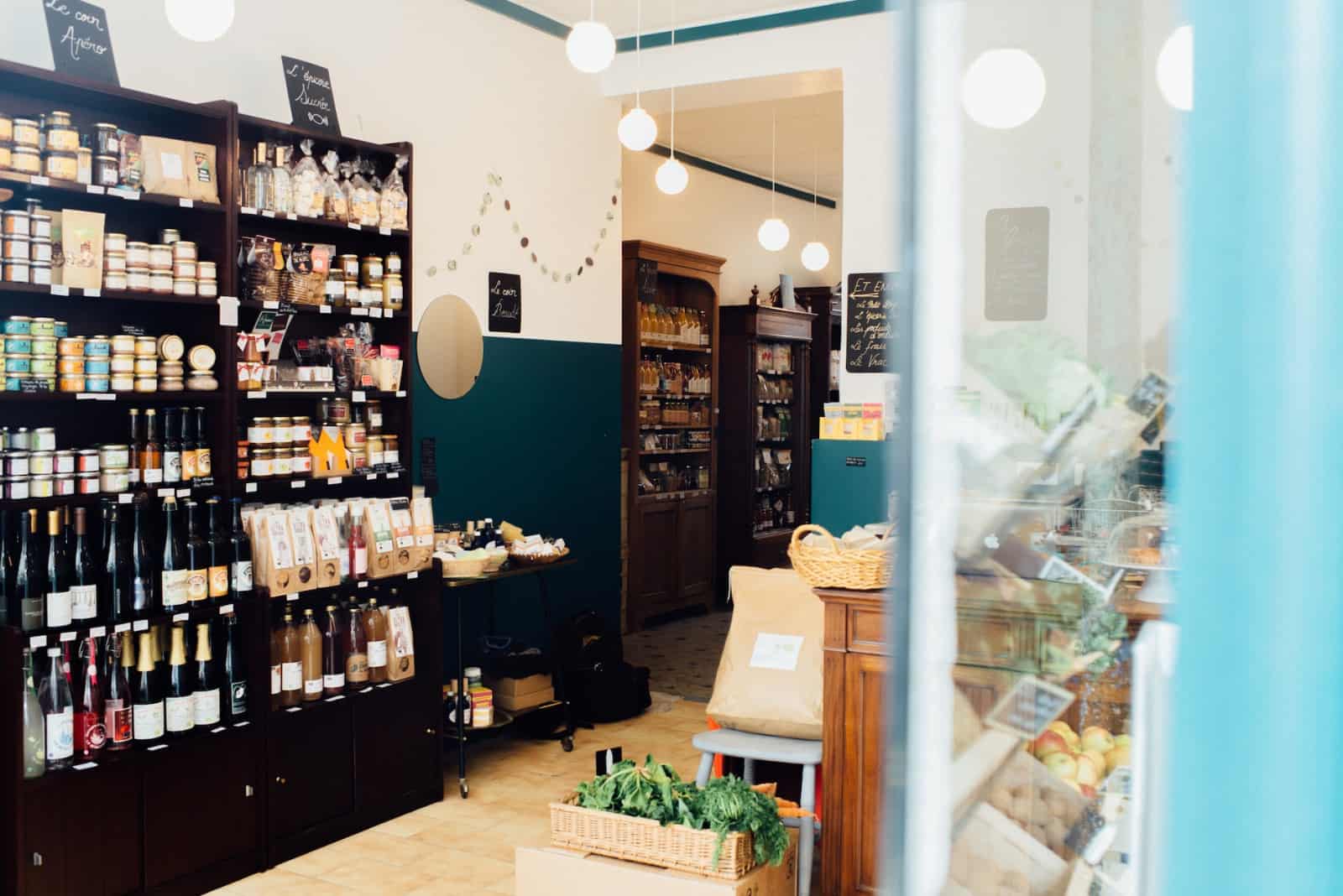 “The idea is to work as locally as I can and support the work of producers who take great care in what they do,” says Cheikh. While she tries to choose organic whenever possible, the label is not a hard-and-fast requirement. “I know the majority of the producers I stock, and I know how they work,” she says. 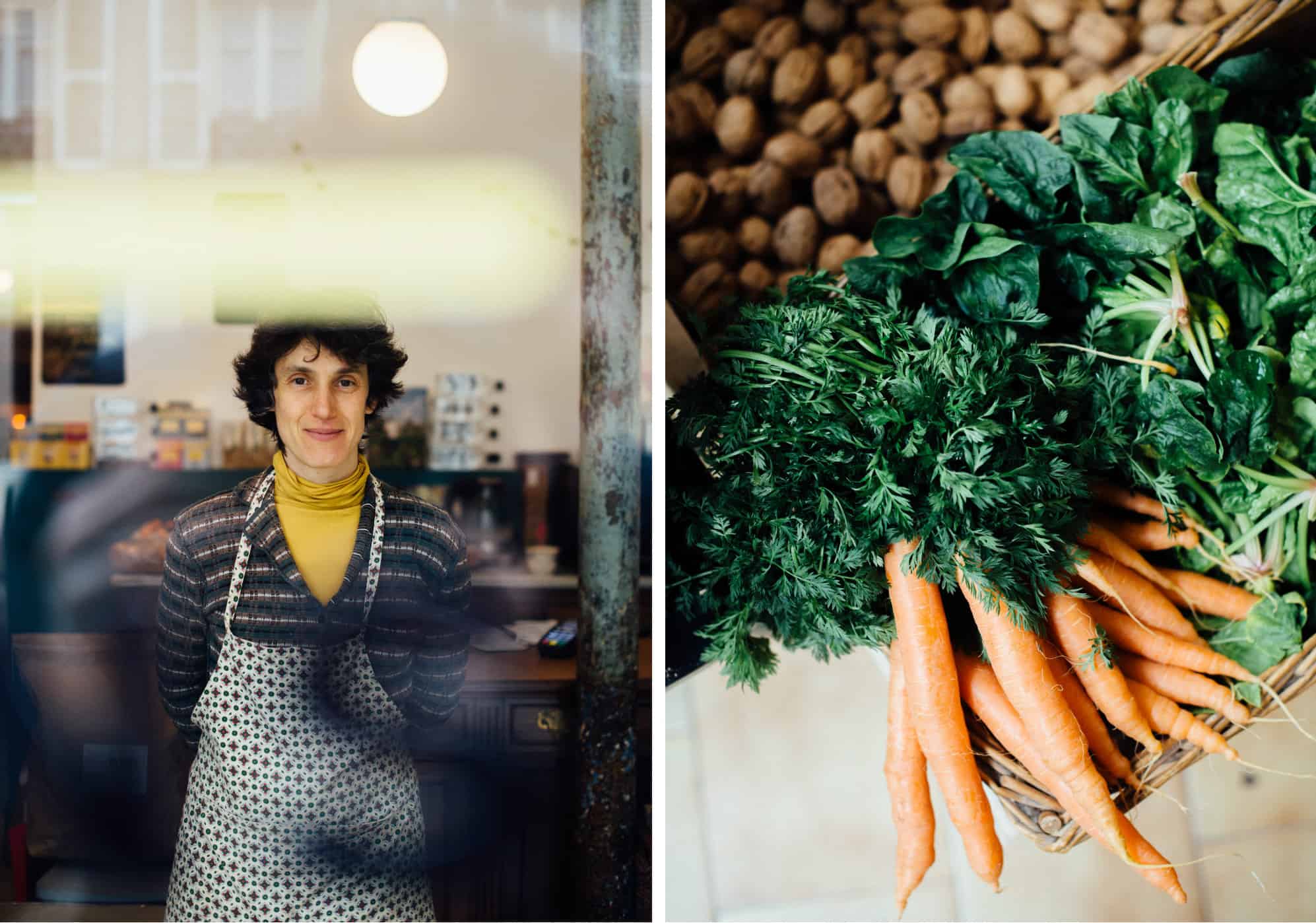 The poppyseed cookies from Yvelines-based biscuit company Les Deux Gourmands and veggie chips from Le Jardin de Guillaume in Val d’Oise make great contributions to an apéro, but L’Épicerie des Environs is even more interesting for the variety and practicality of its product range. Condiments, preserves, honey, dairy products, household goods – it’s all there and not necessarily at higher prices than what you’d find at the neighborhood organic stores, especially the pulses, oils, and detergents available in bulk. 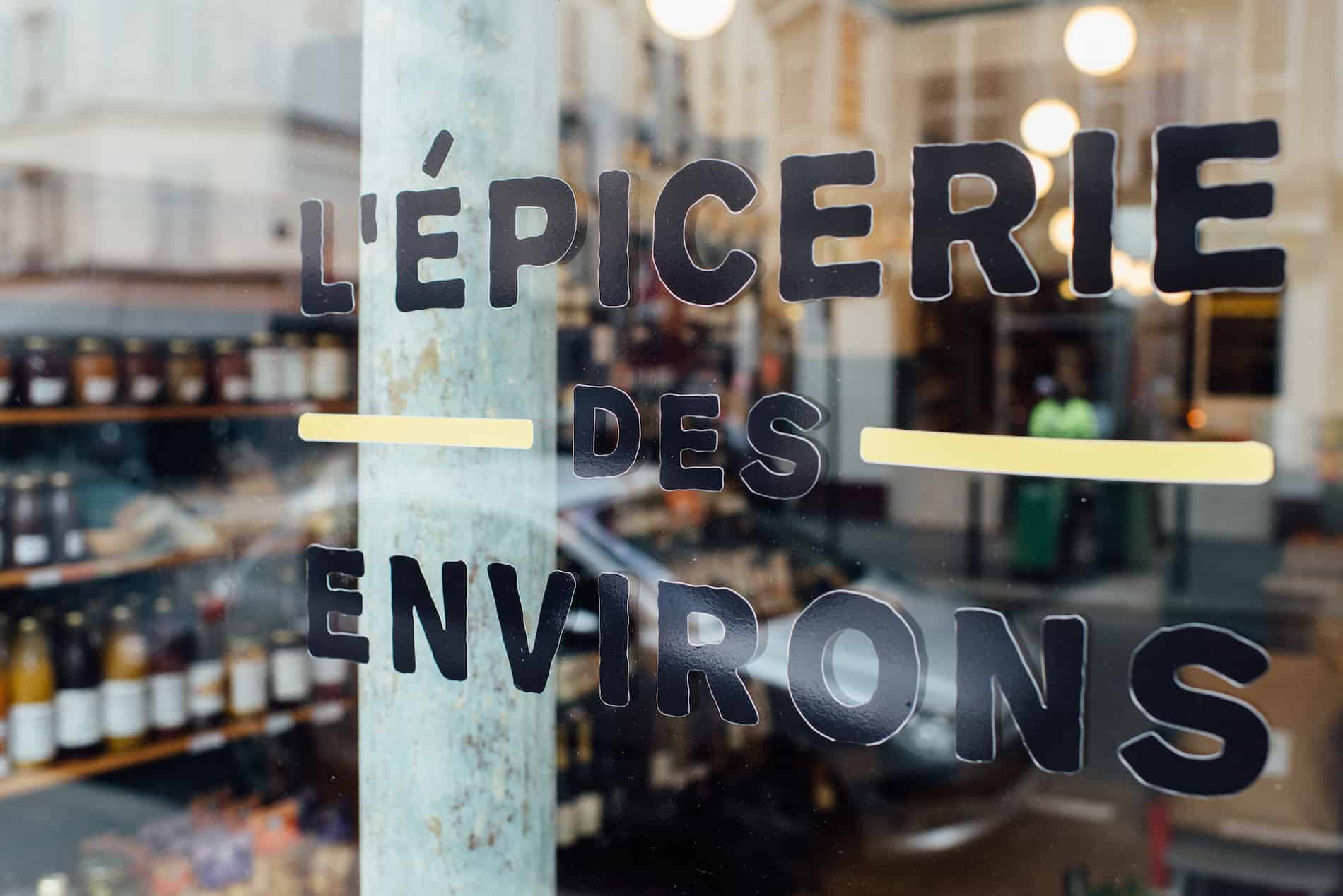 “Here in Île-de-France there is a real contradiction at work,” says Cheikh. “There’s an increasing demand for locally produced food, but at the same time, we’re turning agricultural land into other things, which puts pressure on farmers,” she says. “This is my way of encouraging those people who really invest themselves in what they do.” 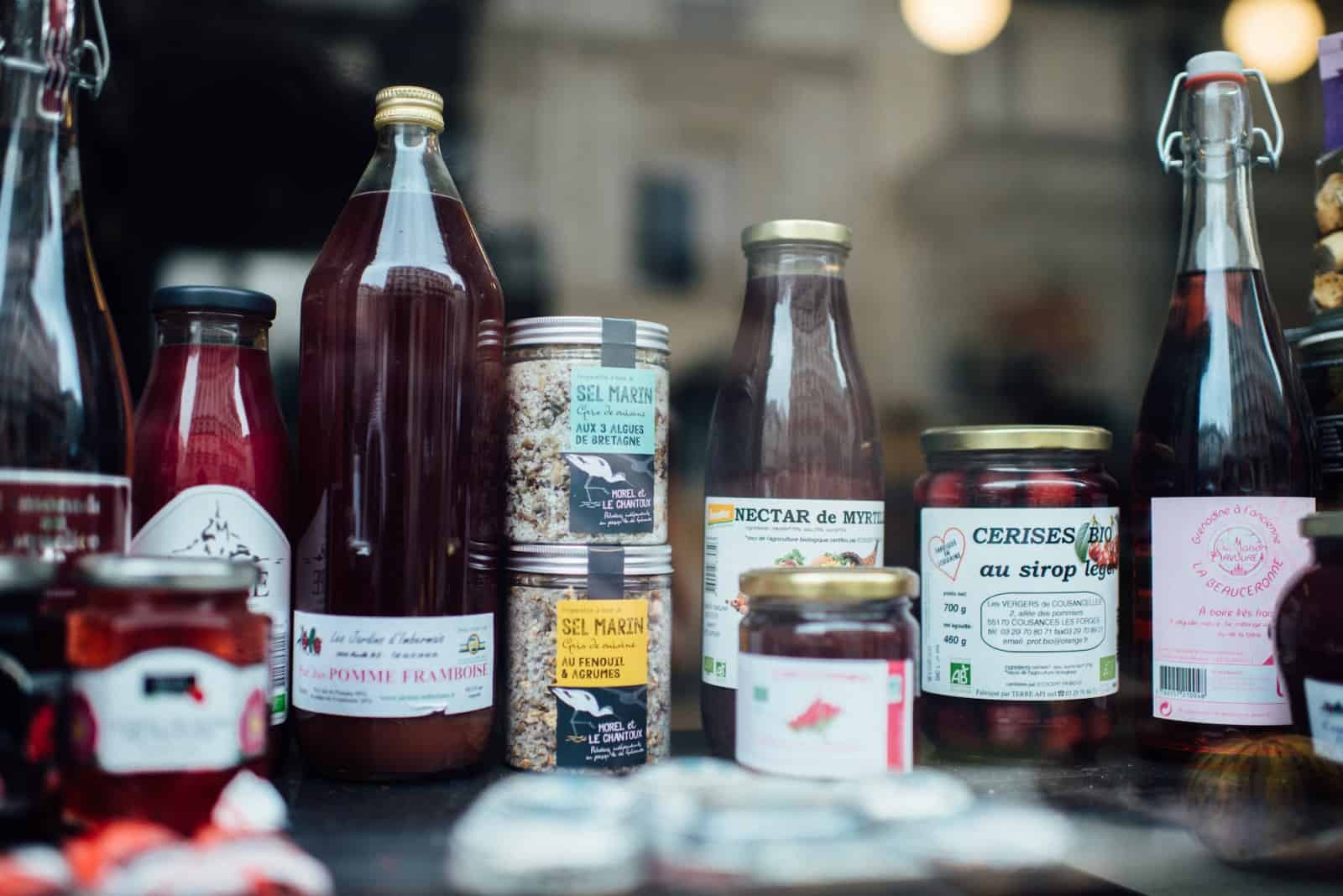 That investment is particularly appetizing in brands that manage to combine the ecological and the social, like La Conserverie de Marcoussis. Located just 25 km from Paris, the jam factory offers work placement and training programs for 12 employees. They use produce from local farms, including Les Potagers de Marcoussis, a related organization that also offers work and aid to the unemployed. SCOP-TI is another exciting example of an alternative business model: when Unilever threatened to outsource its jobs in 2010, the employees of a tea factory in Provence fought to take it over. They succeeded and created their own cooperative in 2014. Now they make tisanes using French plants and herbs, in addition to traditional teas. 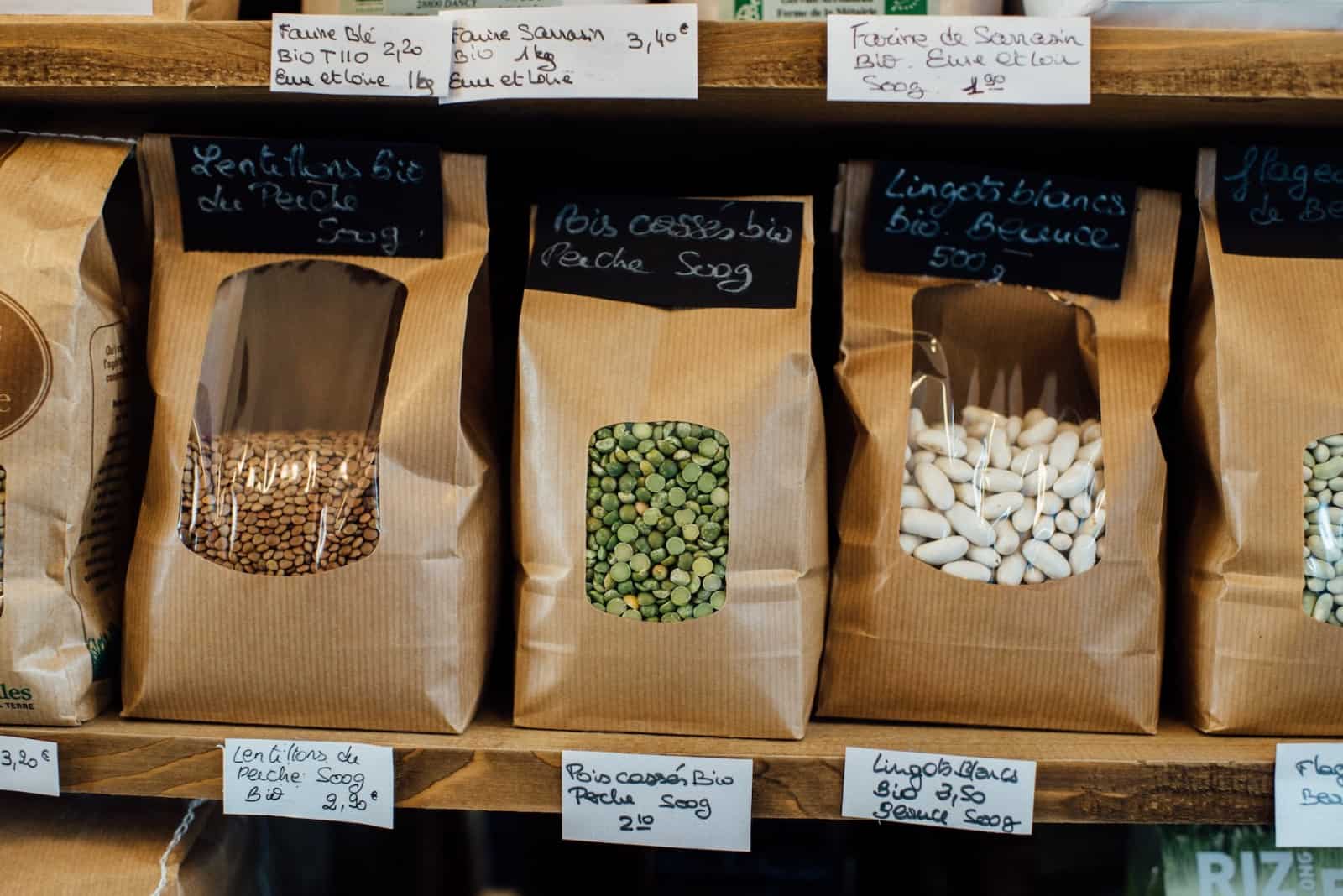 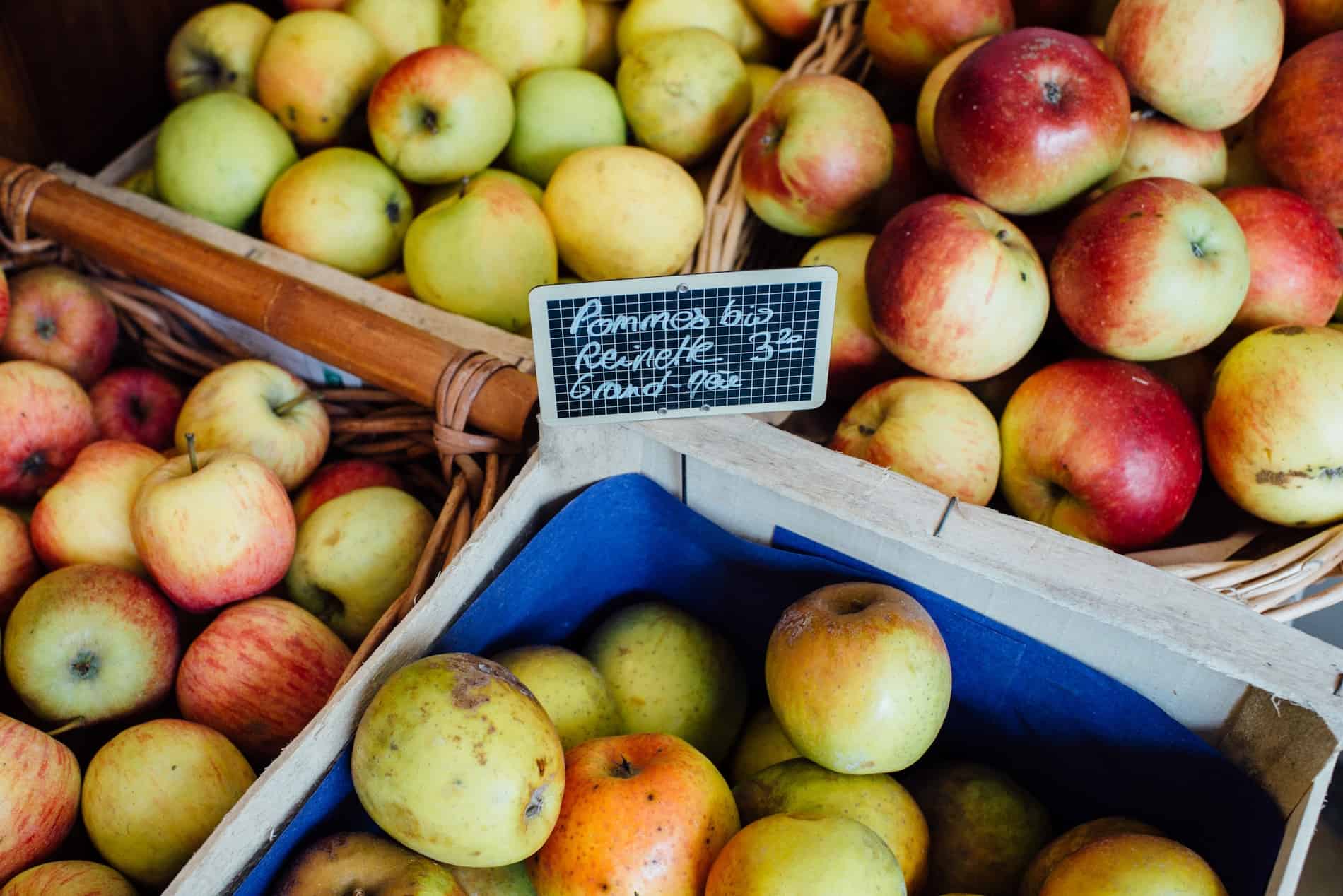 Paris may not be the first place that comes to mind when you think of local agriculture and craft, but L’Épicerie des Environs will surprise you with what’s out there. As Cheikh reminds us, “There’s so much to be found locally if you just look.” 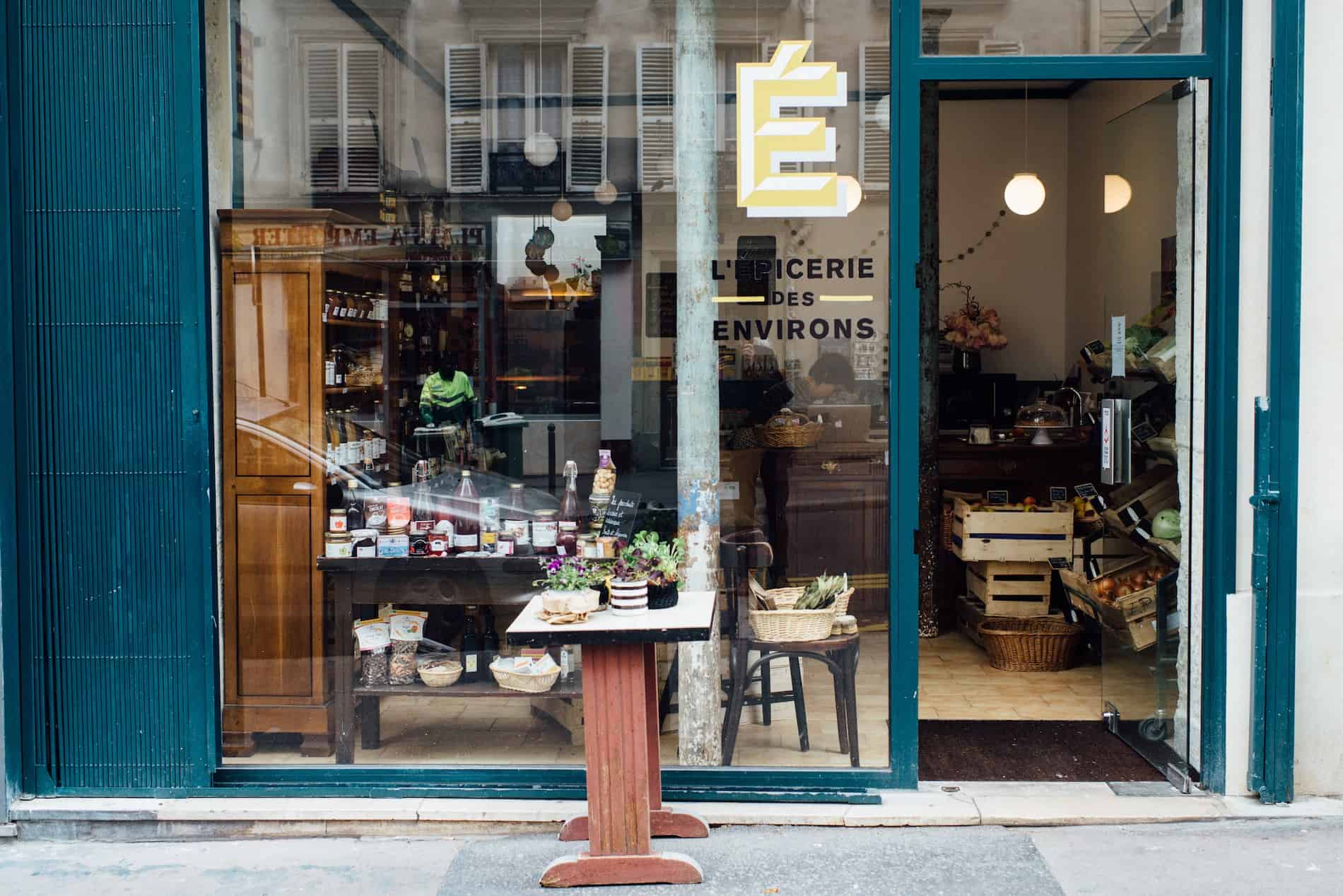 Written by Kate Robinson for the HiP Paris Blog. All images by Jean-Marie Heidinger. Looking for a fabulous vacation rental in Paris, London, Provence, or Tuscany? Check out Haven in Paris.