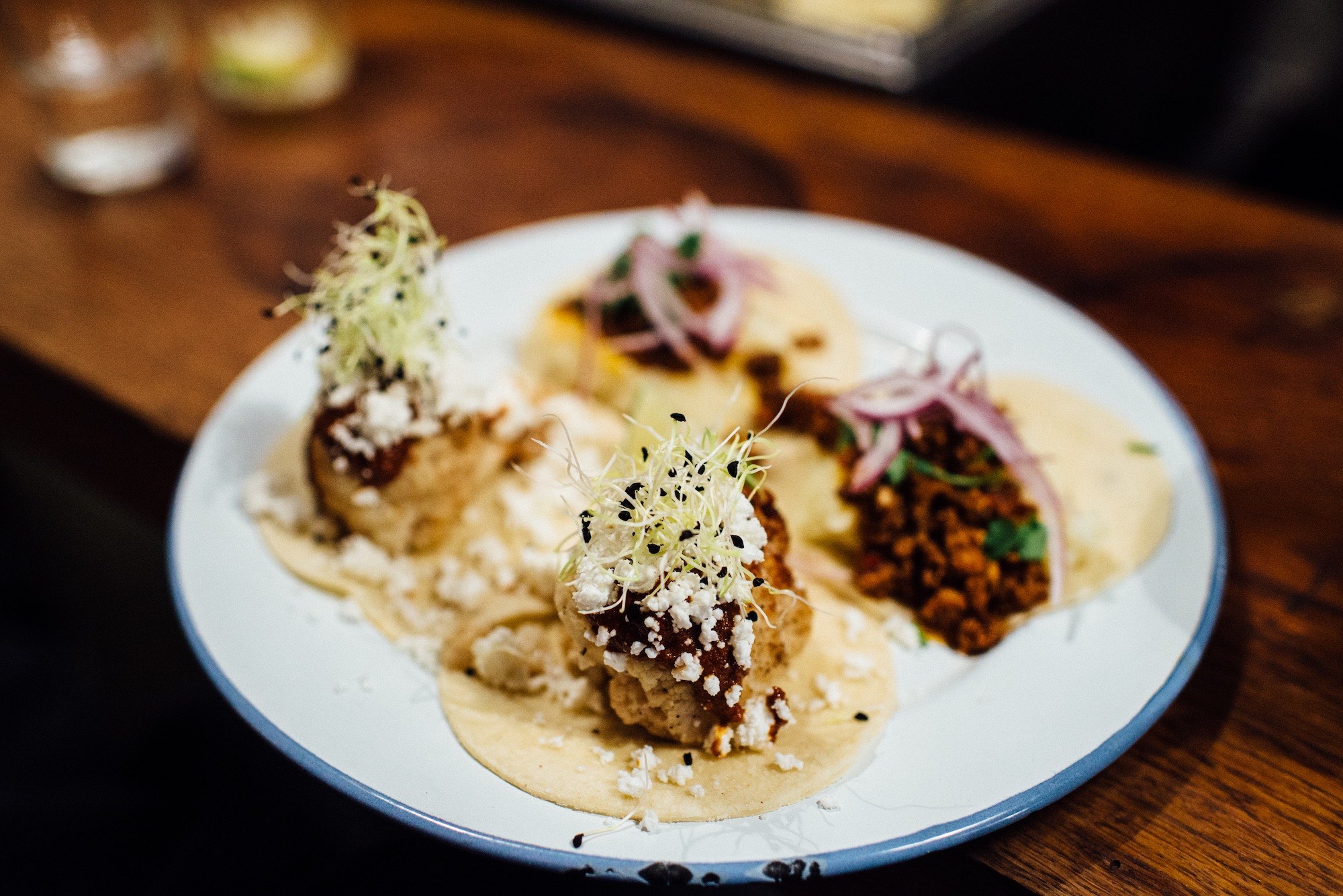 I desperately missed Mexican food when I moved to Paris from the United States twelve years ago. Now there are plenty of taquerias and places riffing on contemporary Mexican cuisine, but Café Chilango, which opened in June of 2014, remains one of the finest. 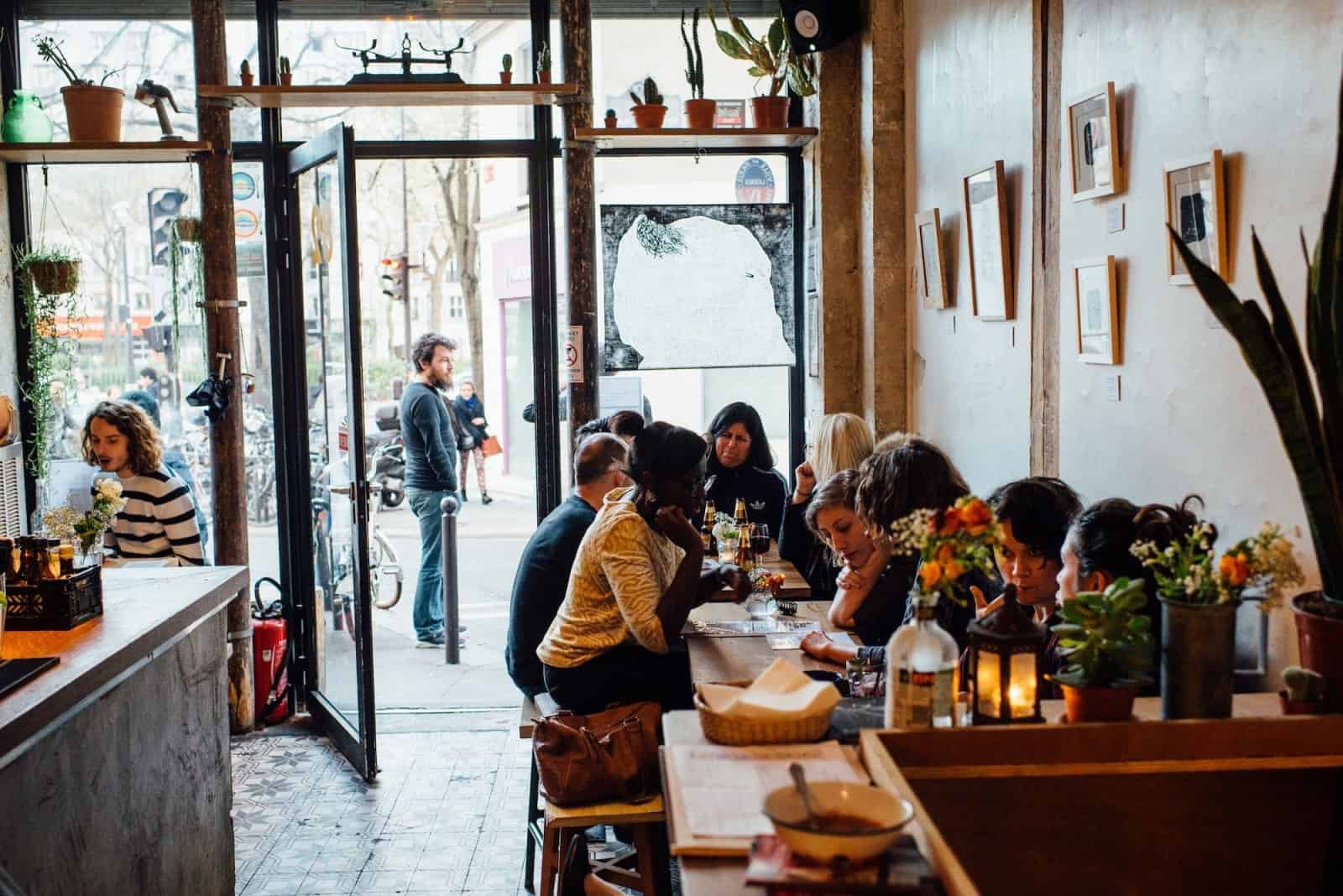 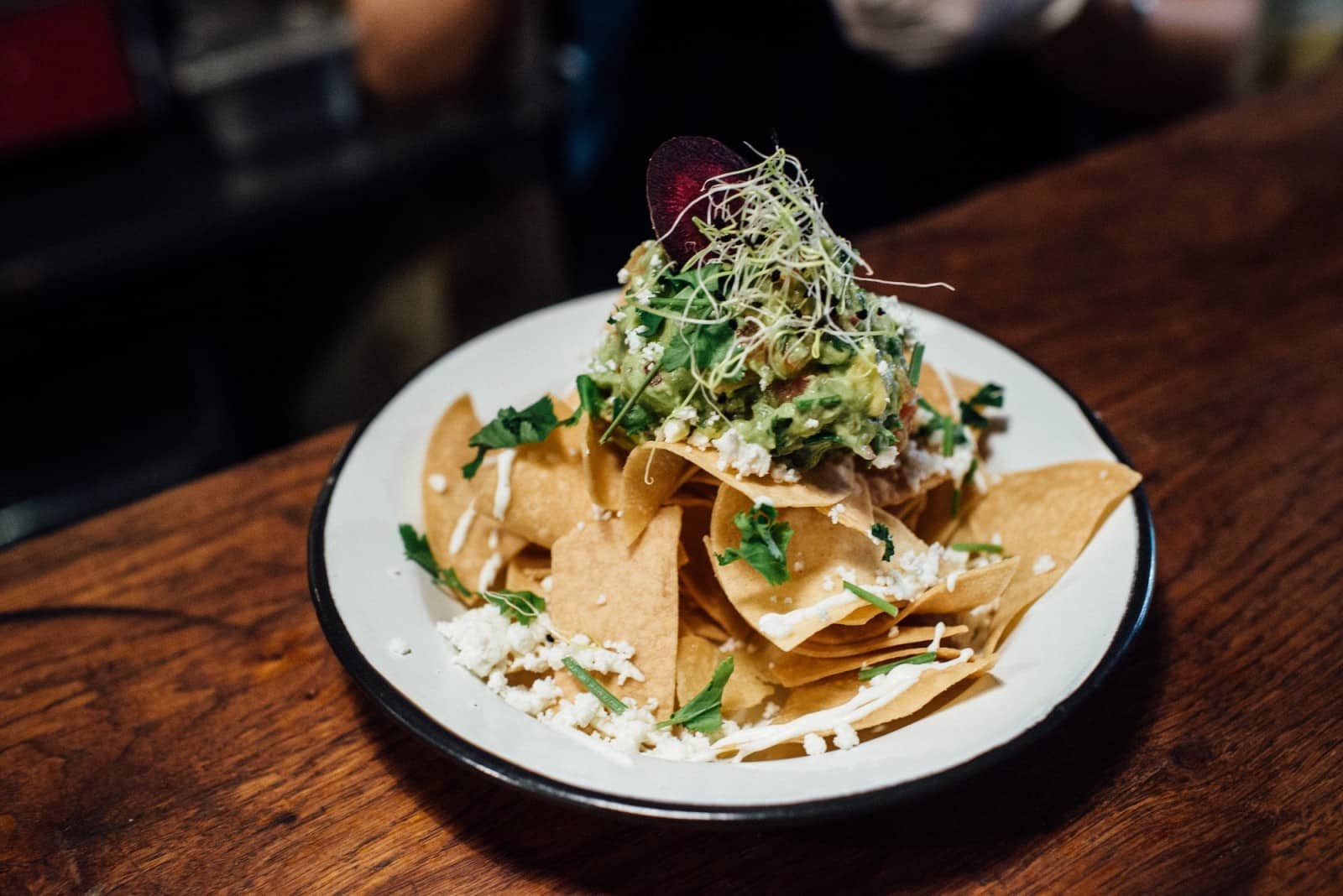 Café by day and cocktail bar by night, Café Chilango is a labor of love led by Rodrigo Kambayashi and Luis Rendón. The pair are serious about serving authentic Mexican food, seeking out ingredients that make their way to Europe via Spain and concocting everything in-house, from the meat marinade to the guacamole. “It’s not easy because we don’t have access to all the traditional ingredients,” Rodrigo explains. “It’s about finding an equal balance between the traditional food we want to make, the local public, and the ingredients we have.” 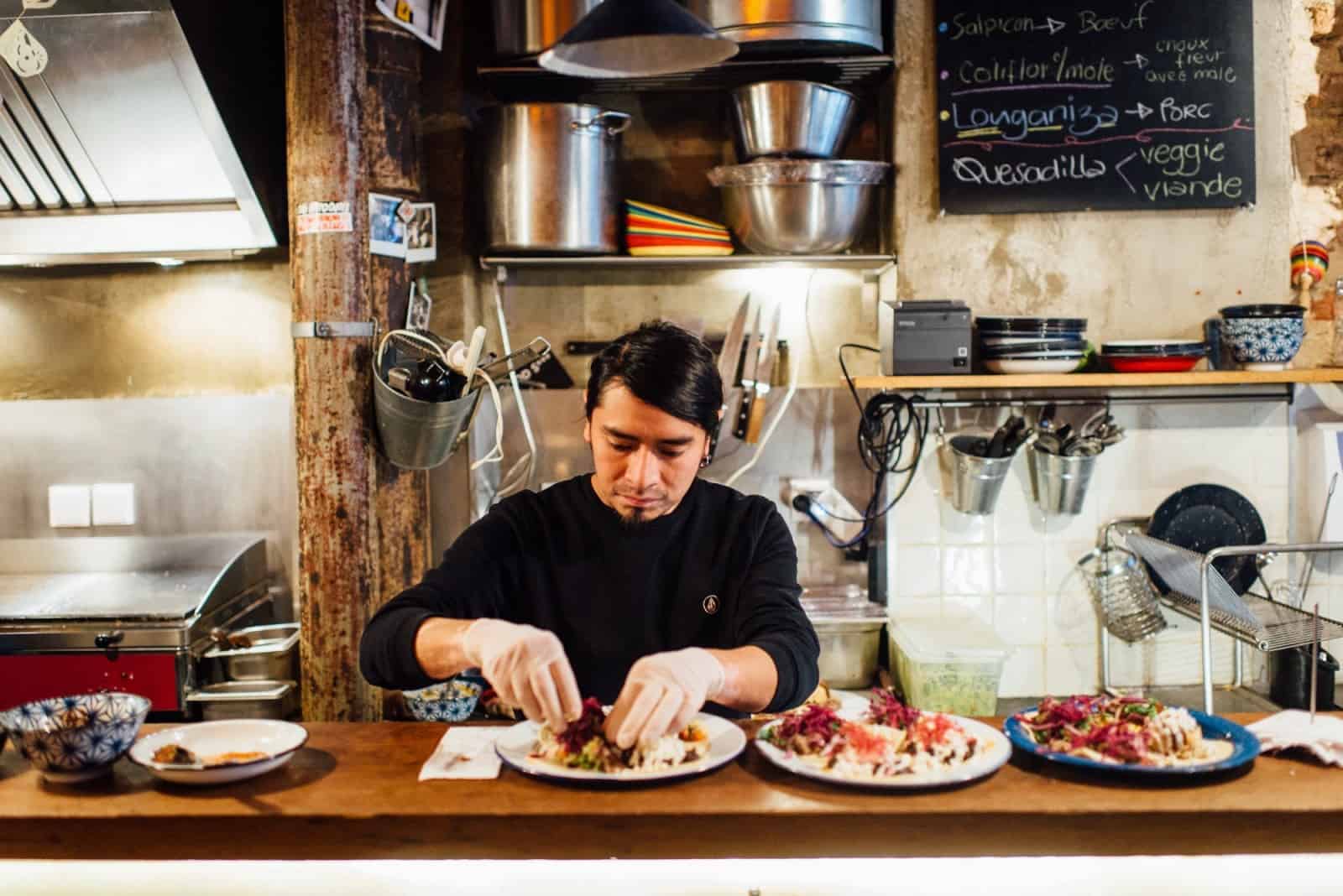 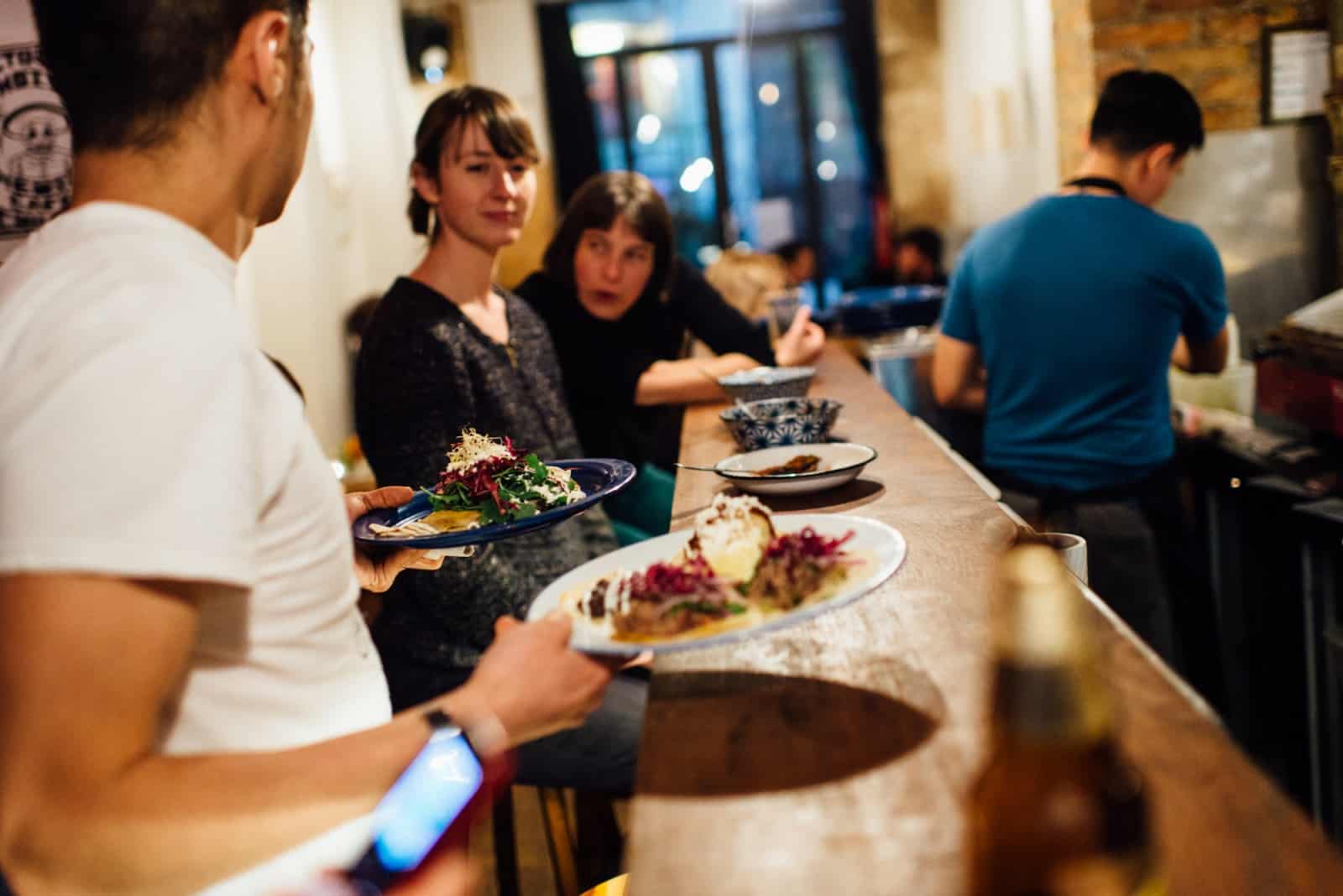 Of Japanese and Mexican heritage, Rodrigo grew up in Mexico before spending time in Canada and finally landing in Paris. When he and a couple of friends decided to open a restaurant, they wanted to serve really good Mexican food, but also to create a friendly atmosphere where people would feel as comfortable coming down for brunch on a Saturday or Sunday afternoon as they would knocking back a mezcal cocktail after work. “When you think of Mexican food, you think of the traditional restaurants with the hats and all that stuff,” says Rodrigo. “We wanted to change that image.” 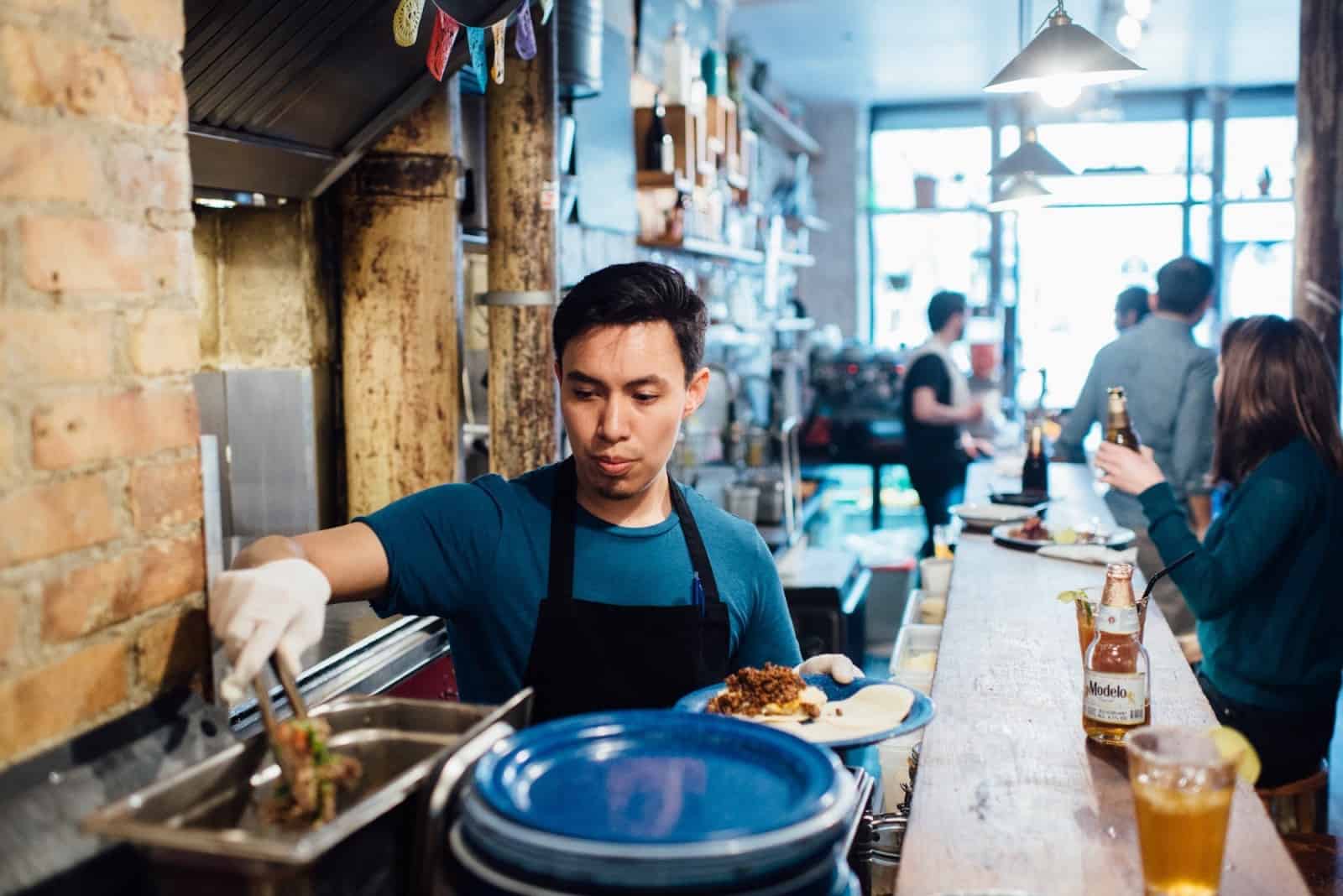 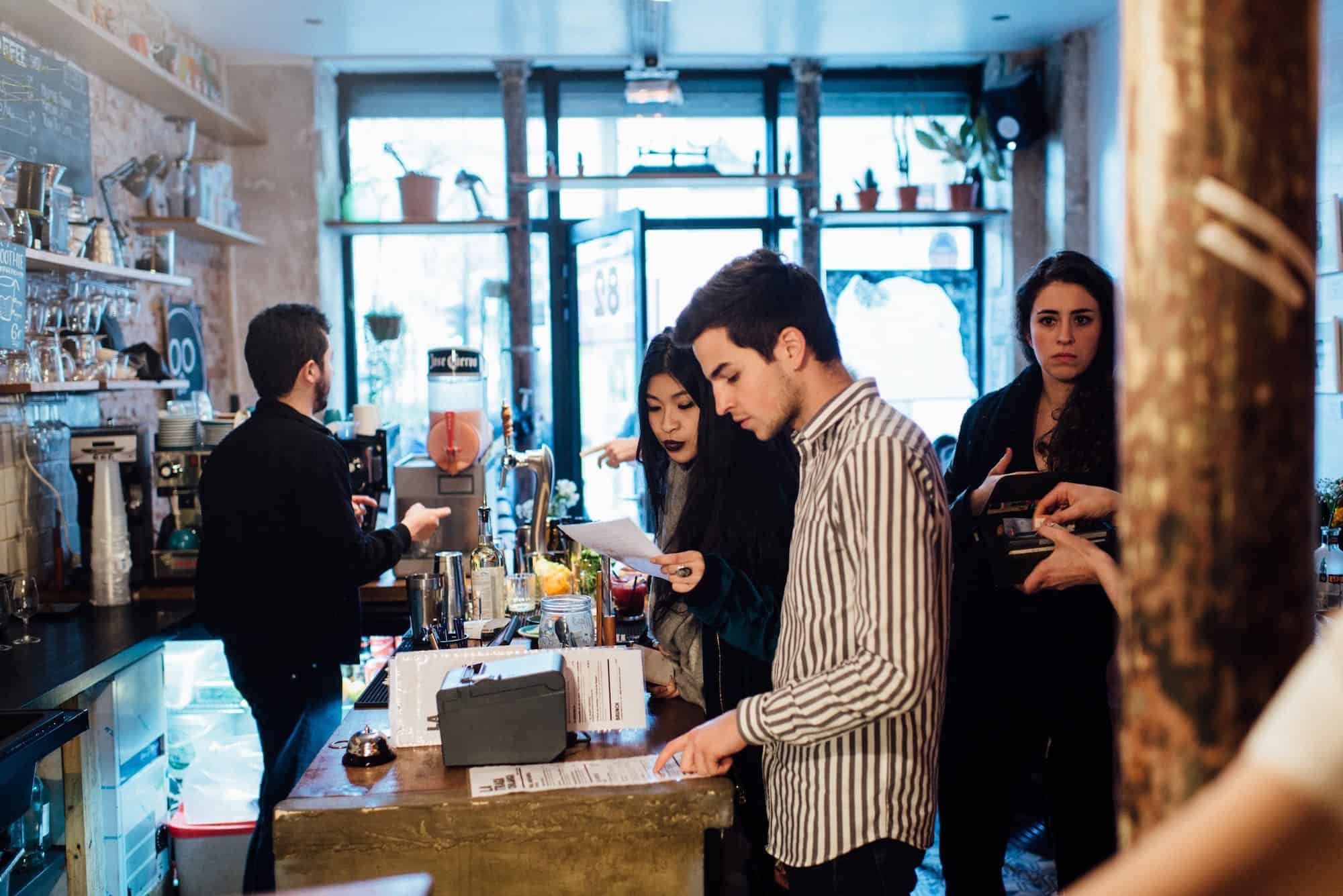 You won’t find embroidered sombreros or cultural kitsch at Café Chilango. Skateboards, artwork, and plenty of lush plants adorn the tasteful brick and tile interior, which the founders designed and installed themselves. As for the menu, it’s simple but satisfying, based on Mexican street food classics like tacos, tostadas, and quesadillas. The guacamole, which comes as a baseball-sized mound on a pile of homemade tortilla chips, has the perfect ratio of avocado pieces to purée, and just the right amount of citrus tang. The tostada meat is marinated in a mix of spices without chili (an understanding nod to the French palate), and a hot sauce is served on the side for fans of fire. Four taco options always include two vegetarian varieties. The only thing not made in-house are the tortillas for tostadas and tacos, which are handmade down the road at Mil Amores Tortilleria. 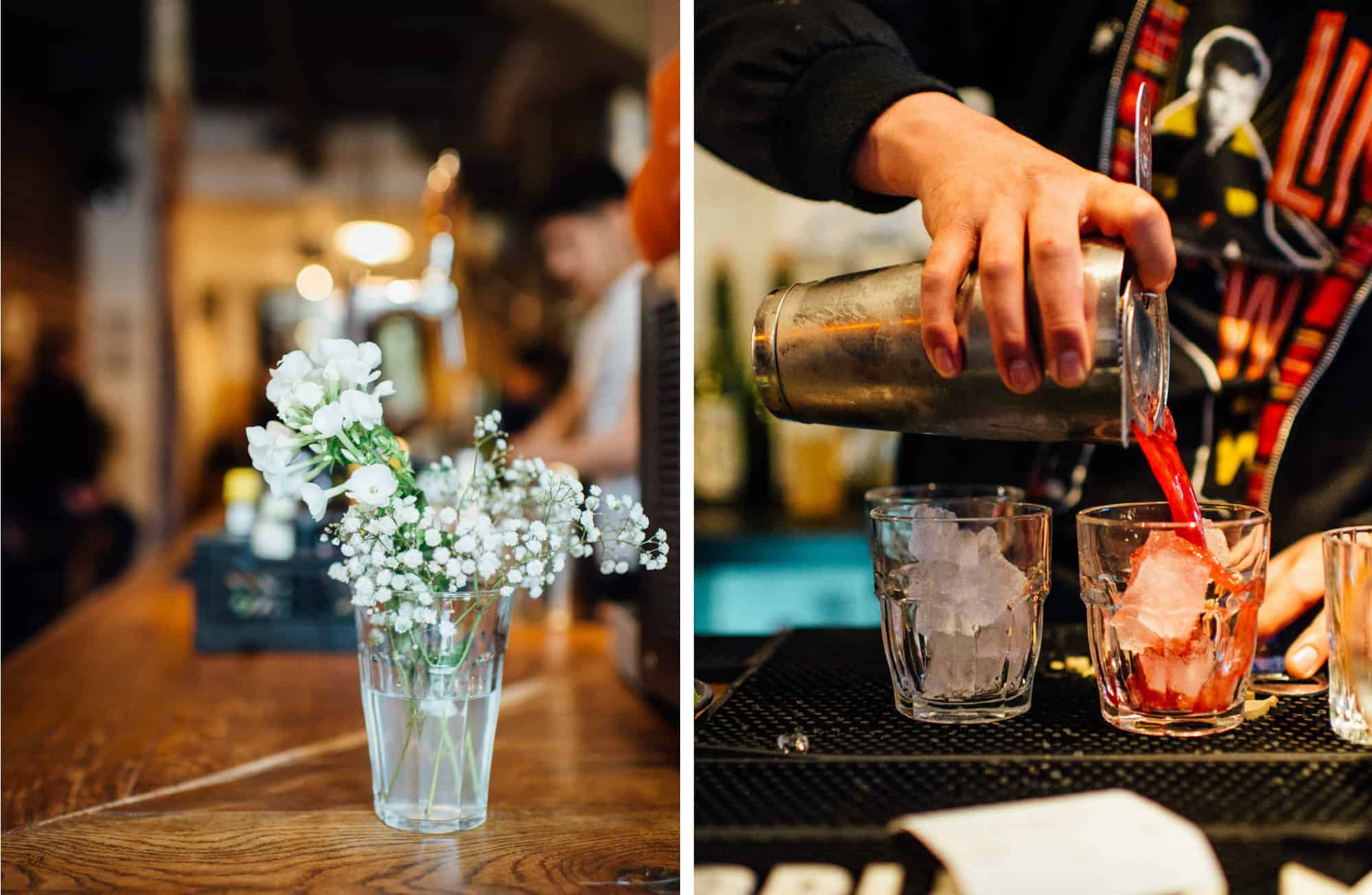 When evening rolls around, Chilango puts on its dancing shoes. Bartenders from prime cocktail spots Glass and Lulu White consult on the mezcal- and tequila-based menu that changes with the seasons, as well as themed evenings that often feature guest DJs and food pairings. An April event fused Japanese and Mexican influences, serving up a wasabe-sake-tequila cocktail and tostadas topped with shoyu-marinated meat and deep-fried ginger. 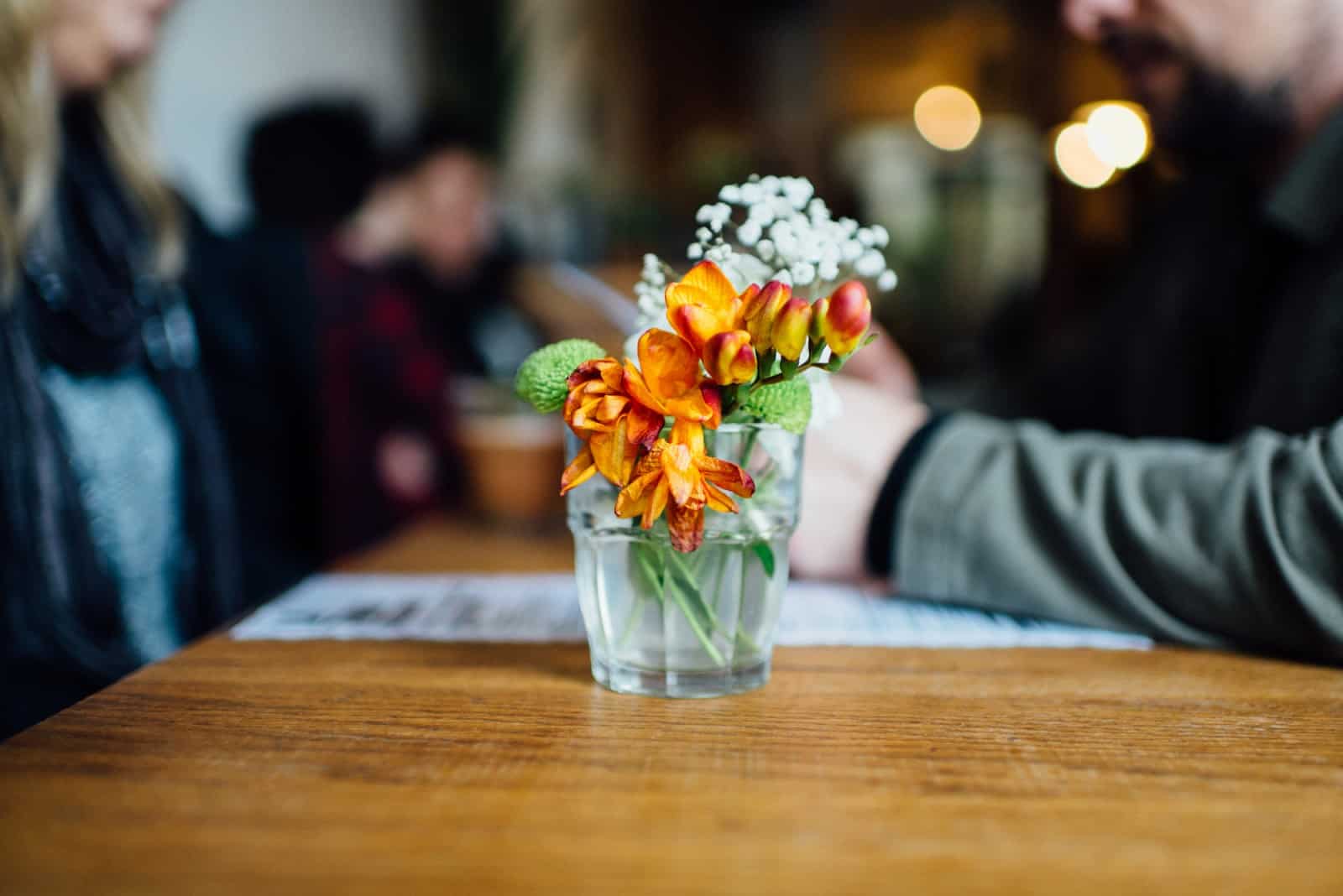 Café Chilango’s attention to detail in the kitchen and revolving menu is addictive in itself; add to that a friendly, cosmopolitan vibe and it’s no wonder the place is popular with both locals and tourists every day of the week. “We didn’t see it as a business in the beginning, but as a project between friends,” says Rodrigo. “And we want it to remain this way. That’s our philosophy.” 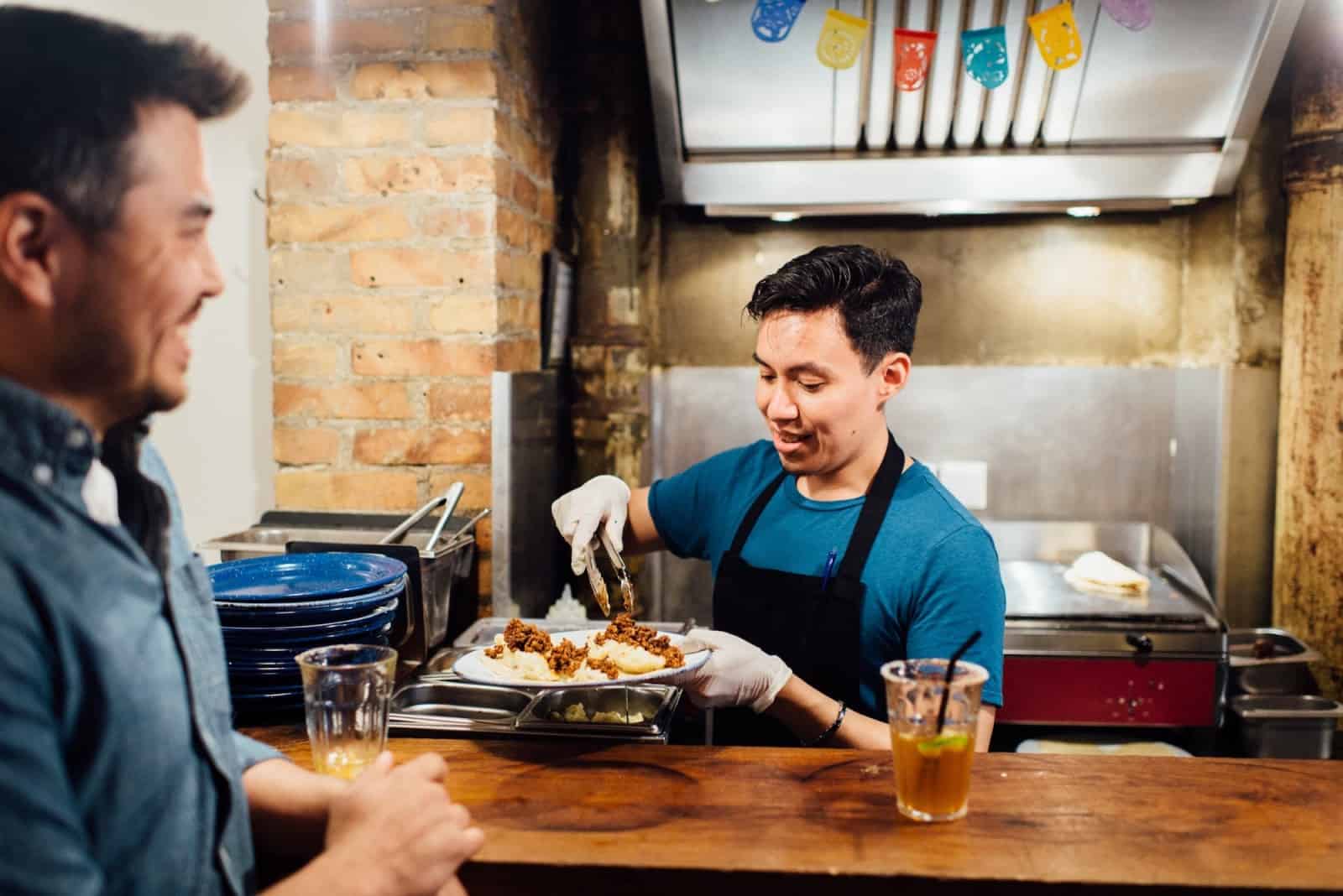 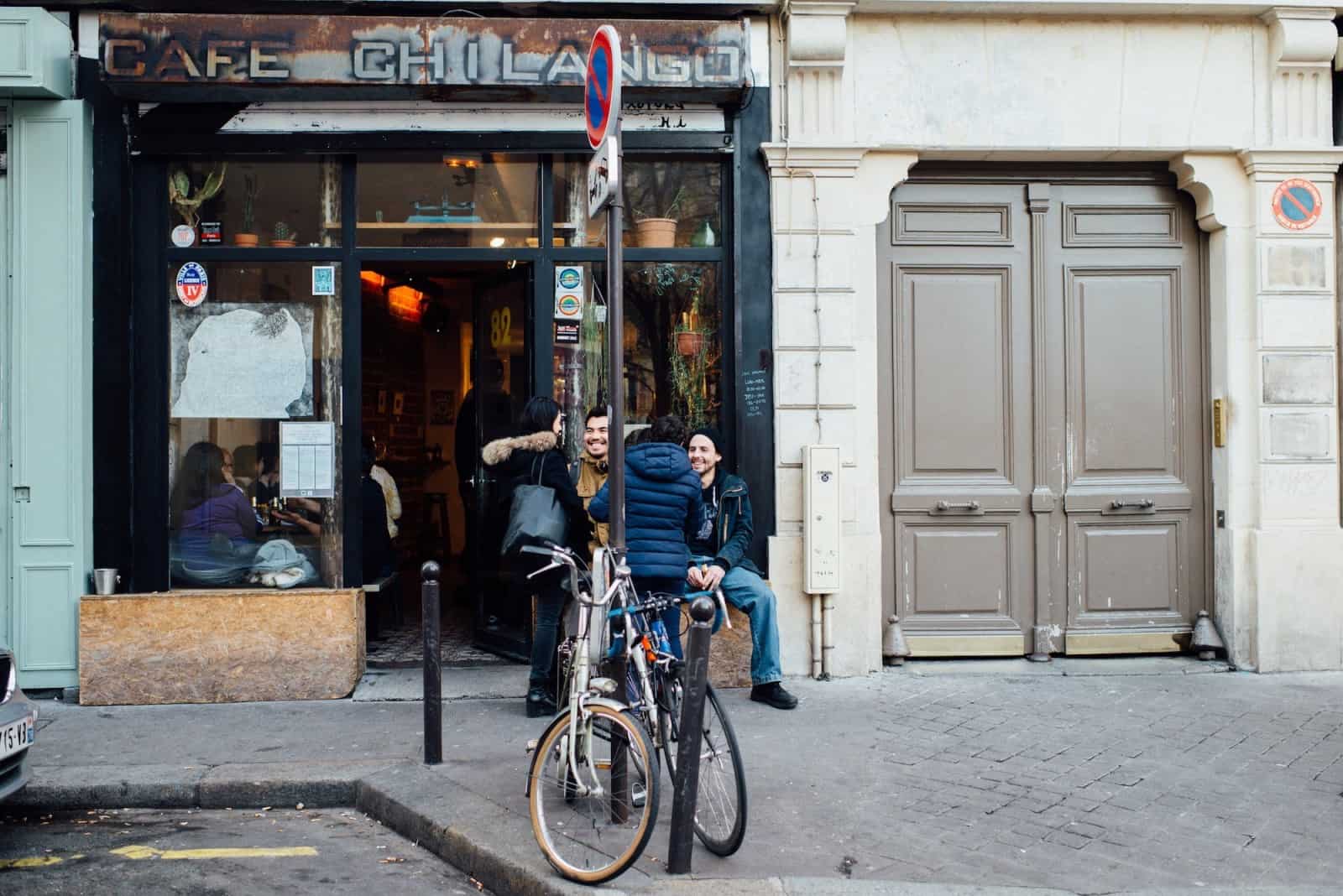 Written by Kate Robinson for the HiP Paris Blog. All images by Jean-Marie Heidinger. Looking for a fabulous vacation rental in Paris, London, Provence, or Tuscany? Check out Haven in Paris.

Oh, wow! That food looks amazing. What a fascinating concept.

Oh, I wish they’d open in the south. Move down here, guys! The weather is better!
When I want Mexican, I have to make it myself. That means a big Cinco de Mayo party next week, which happily is a holiday in France 🙂